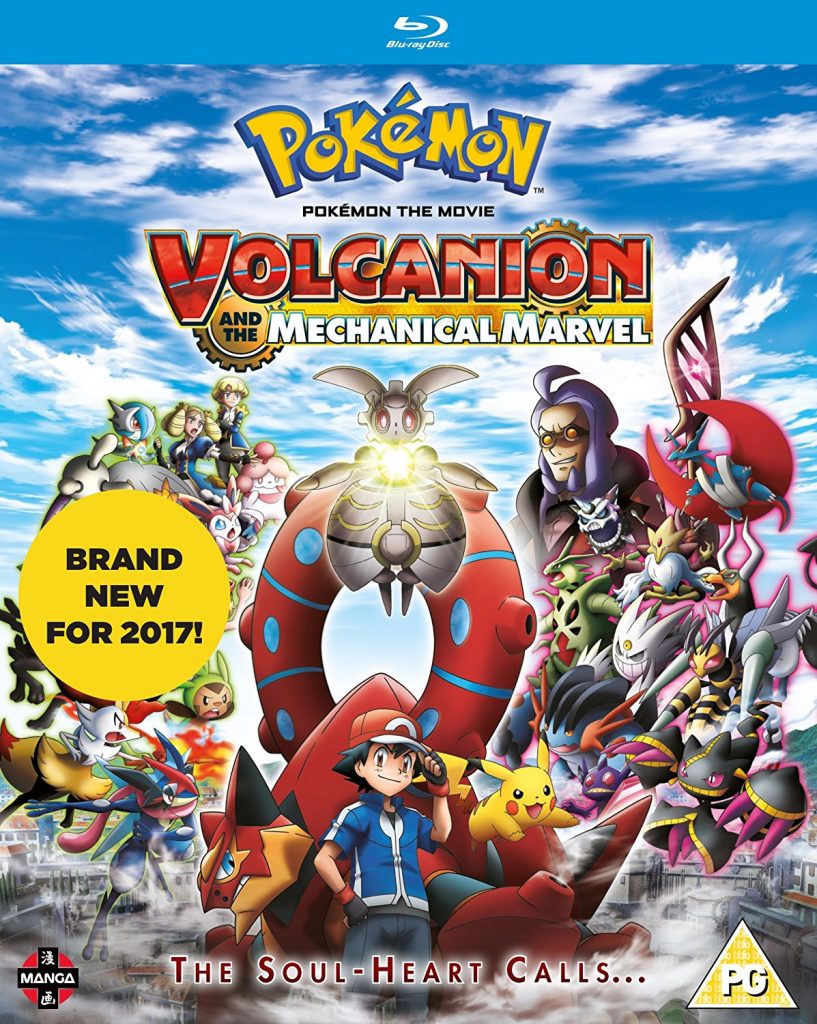 The Pokémon franchise has recently been enjoying its time in the limelight again with the release of the latest main series game installments, Pokémon Sun and Pokémon Moon, as well as various movie releases from Manga Entertainment. Today I’m here to review the latest movie, Pokémon: Volcanion and the Mechanical Marvel, and find out if it’s as marvelous as its name implies.

Our story is centered around two legendary Pokémon: Volcanion and Magearna. They’ve been friends for numerous years and lived peacefully in a sanctuary away from humans, but when Magearna is suddenly captured by a group of Pokémon Hunters, Volcanion gives chase to their airship. However, Volcanion finds itself outmatched when faced against two Mega Evolved Pokémon and crashes to the ground after being defeated. There it stumbles into Pokémon Trainer Ash and his friends, which is bad news for the Pokémon, as it’s not fond of humans! 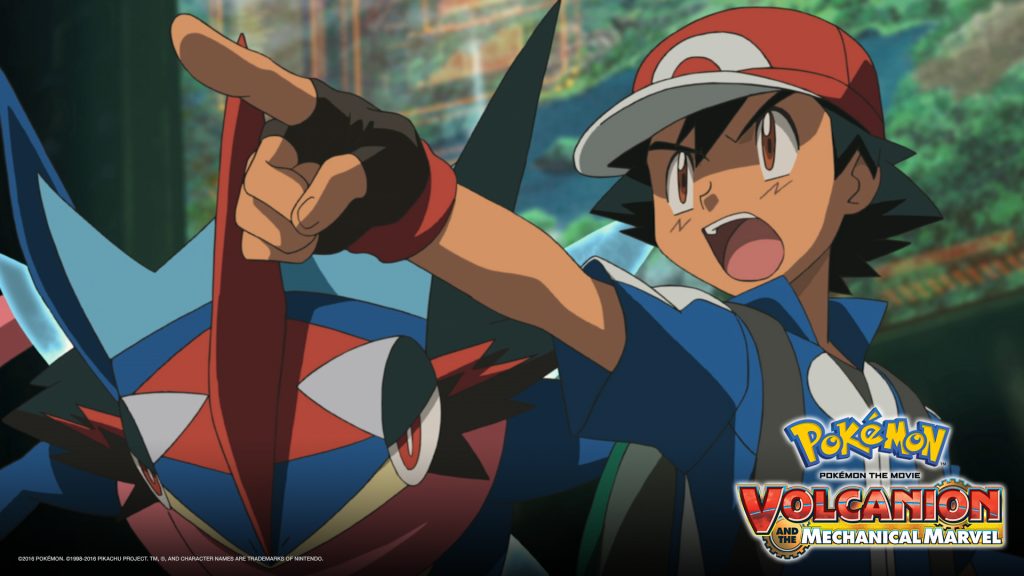 Things only go from bad to worse for Volcanion, as during the fight with the Hunters, a weird band becomes attached to one of its legs, and without warning a second band suddenly attaches itself to Ash! Due to these devices, Volcanion and Ash can’t get too far apart without being drawn back together, but can they work as a team to save Magearna from harm or will Volcanion’s dislike of humans get in the way?

I’ll be honest here and say that although the story may sound interesting, actually, it’s not. There are two huge reasons for this. The first is that the main antagonist, Alva, has no evil mustache-twirling reason for wanting Magearna. There is a single throwaway line about how he wants to take over the kingdom he serves but the movie never actually moves in that direction. Instead Alva just seems to be evil for the sake of it. It’s difficult to enjoy a plot when the villain is nonsensical and has no driving force behind his actions, and I think this is a fatal flaw for the movie. 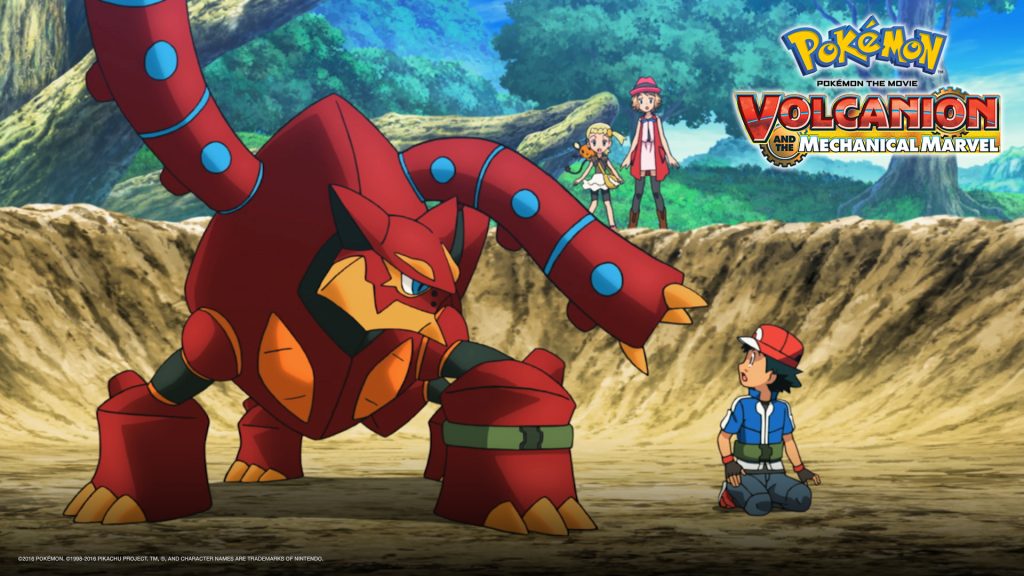 My second problem is that it feels as if Volcanion and the Mechanical Marvel is a badly done rewrite of Pokémon 4Ever, which was the fourth Pokémon movie. In Pokémon 4Ever Ash enters into a sacred forest and comes across its guardian, Celebi, who lives a peaceful life there. Suddenly Celebi is targeted by a Pokémon Hunter looking for his next big payday and the power to control time (as Celebi is a time-travelling Pokémon). To rescue Celebi, Ash teams up with the legendary Pokémon Suicune, which is not dissimilar to Ash and Volcanion teaming up.

While Magearna can’t travel through time, it can be used to unleash a powerful weapon and this in itself is quite similar to the power of the legendary Pokémon Victini in the 14th Pokémon movie. For a series that has spanned 19 movies and hundreds of anime episodes, it’s no surprise that some ideas would be reused. The problem is how obvious they make these reused ideas and Volcanion and the Mechanical Marvel is so obviously a rip-off of the fourth Pokémon movie that it’s just boring for me as a longtime fan. Even for the younger fans who might not have seen Pokémon 4Ever, the plot on offer here moves far too slowly to really captivate you. It’s a movie with a runtime of an hour and a half, yet during the first 45-60 minutes nothing really happens.

In fact, I’d go so far as to say this is probably one of the weakest Pokémon movies and feels like one giant advert for the games. This is not helped by the fact that the writers had to shoehorn in almost every single Pokémon that has the ability to Mega Evolve. They even go so far as to break the whole concept of Mega Evolution just to show the various Mega Pokémon off. 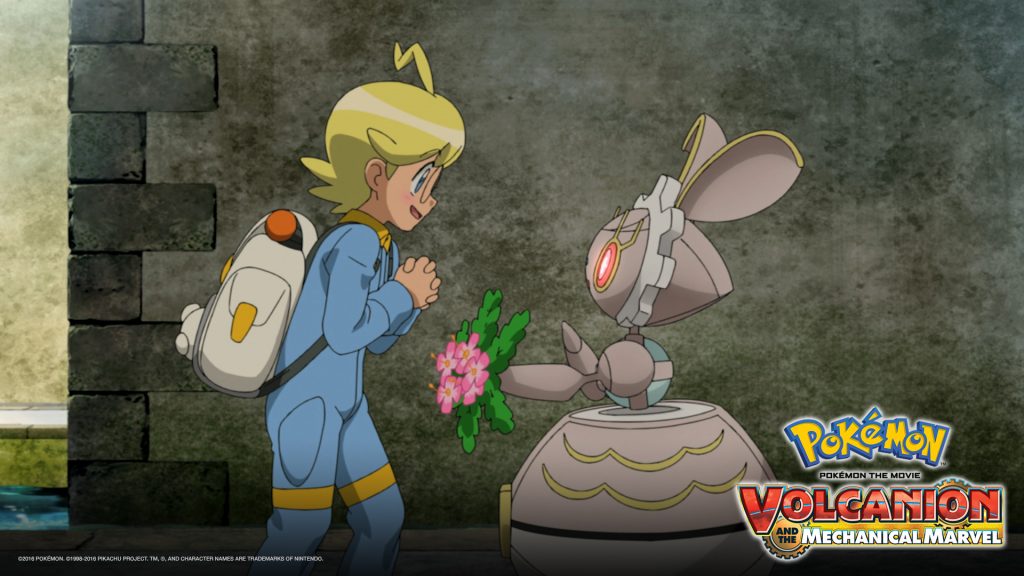 To Mega Evolve a Pokémon it usually requires a deep bond between trainer and Pokémon, and only a single Pokémon can be Mega Evolved at a time. These are the rules and explanations we’ve been given in the games and anime since the concept was introduced, but instead the movie decides to change things. It introduces an ancient technology that allows the evildoers to Mega Evolve multiple Pokémon at once. This could have been a really interesting concept (especially as the Pokémon themselves don’t seem happy about the forced evolution) but instead it’s waved aside and just used to promote the creatures that had been newly introduced for the Pokémon Omega Ruby and Pokémon Alpha Sapphire games.

Also, if you ever read my review of the previous Pokémon movie, Pokémon the Movie: Hoopa and the Clash of Ages, you’ll remember I complained about the inclusion of a shiny Pokémon – something that’s meant to be a rarity in the world. Well, Volcanion and the Mechanical Marvel also includes multiple shiny Pokémon, which once again leaves the movie feeling like one giant advert. 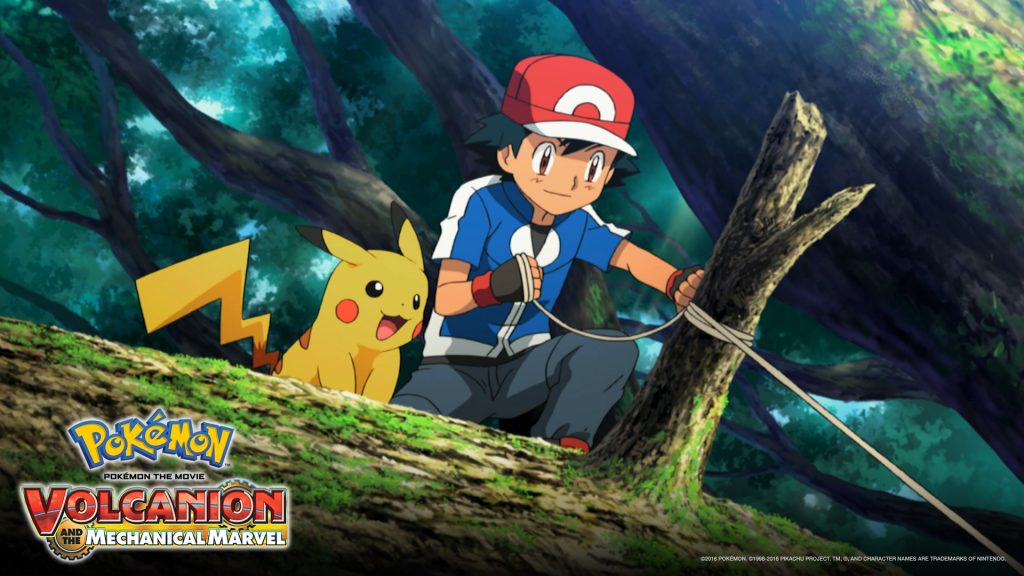 Away from its problems with the story, the movie fares quite well. The animation has been handled by studio OLM, who have always worked with Pokémon, and is generally smooth, colorful and, most importantly, very pretty for its action scenes. As always with these movies there is a little bit of dodgy CGI present but I can overlook that considering it’s something I’ve come to expect.

The music has once again been composed by Shinji Miyazaki and fits well overall. It has to be said that nothing really stands out or makes me want to listen to it away from the movie but it’s certainly not bad. The English voice actors also do a good job, especially Sarah Natochenny (Stephanie in Yu-Gi-Oh! 5D’s), who plays Ash. Volcanion is played by Mike Pollock (currently Doctor Eggman in the Sonic franchise), who gives the Pokémon a grumpy old man personality that I quite liked. Pollock is certainly a better VA than some of the voices we’ve had for other Legendary Pokémon of late. 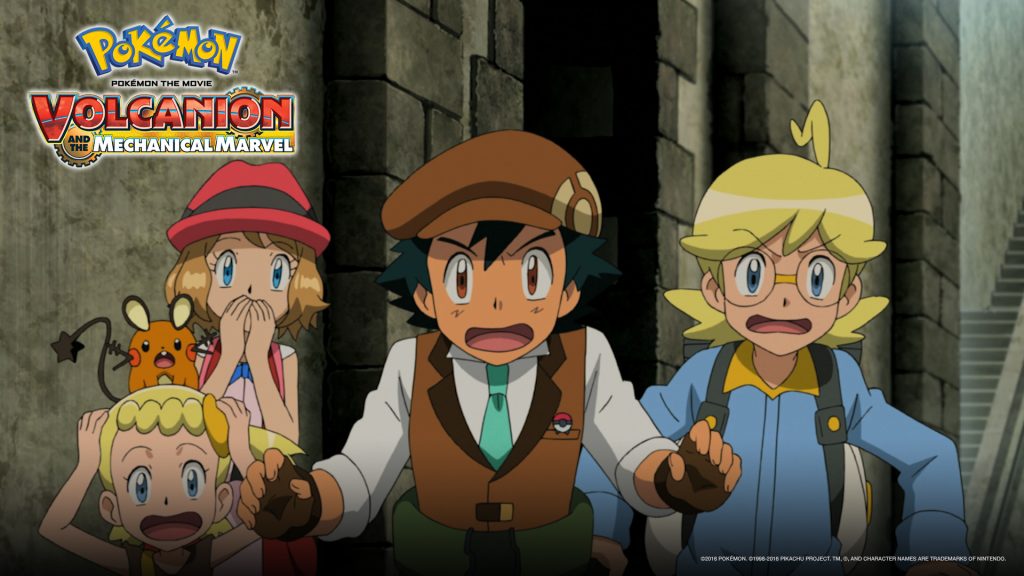 This movie comes to the UK thanks to Manga Entertainment and is on both Blu-ray and DVD. As you might expect from a Pokémon release, there are no extras to speak of and the movie is dubbed only.

Overall I find it difficult to recommend Volcanion and the Mechanical Marvel. It’s definitely a low point for the Pokémon movies and easily one of the worst of the Pokémon XY anime era. If there had been depth to the villain then perhaps I could have let it slip by okay but, as it stands, this movie is probably only worth it if you’re a die-hard Pokémon fan who has to collect ‘em all.

Title
Pokemon The Movie: Volcanion and the Mechanical Marvel