“It’s got to be perfect, it’s got to be worth it, yeah
Too many people take second best
Well, I won’t take anything less
It’s got to be, yeah, perfect.” – Fairground Attraction

The release of this series has been far from perfect, given that it has been delayed numerous times. But now we can finally watch the adventures of the one schoolboy incapable of committing a schoolboy error.

In Class 1-2 at Gakubun Prefectural High School, one of the students is a boy with the surname of Sakamoto. Sakamoto (his first name is never revealed) is seemingly perfect in every aspect. He is the coolest guy in the class, indeed the entire school. He is also intelligent, and gets along well with most of the teachers.

All the girls fall for his charms, and this has made the guys in his class jealous of him, so they attempt to prank him. The problem is, somehow he never falls for the pranks. They jam a blackboard rubber in the door so it will drop on his head when he opens the door, but Sakamoto catches it. They throw water over him when he goes to the toilet, but Sakamoto is using an umbrella in the cubicle. They throw his desk and chair out of the classroom, but Sakamoto just reclines on the windowsill. 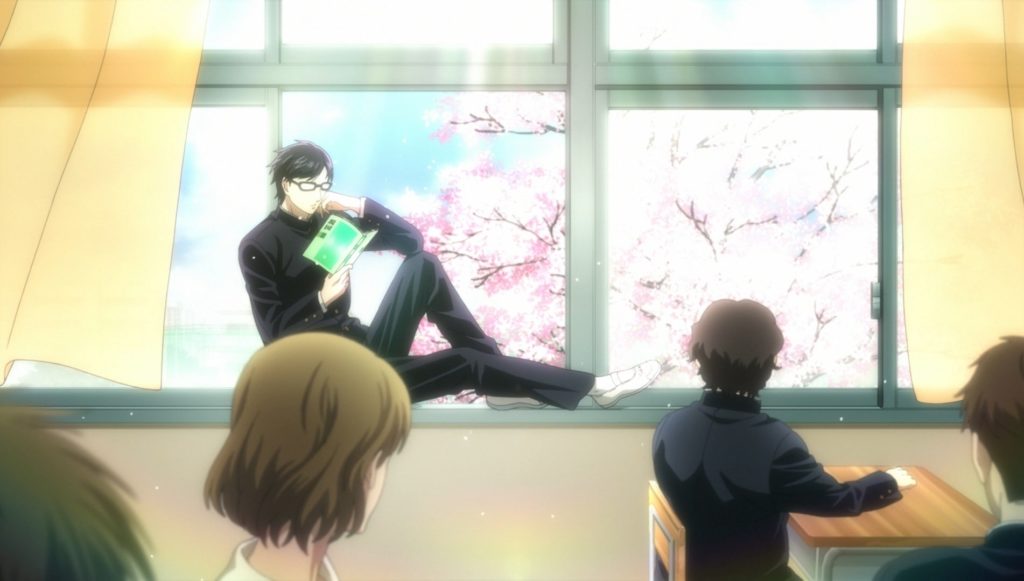 The series revolves around the many friends and enemies Sakamoto makes during his first year at school. These include Atsushi Maeda, whose gang were responsible for the fore-mentioned pranks, but eventually comes to respect Sakamoto; Yuya Sera, a model who ends up becoming the class clown after he is attacked by a bee which Sakamoto stops using just a compass; Yoshinobu Kubota, a student who was being bullied but Sakamoto helps out and thus becomes his best friend; Aina Kuronuma, the most attractive girl in Sakamoto’s class but who is completely incapable of making him love her; Megumi Fujita, the class president whose hobby is taking photos of Sakamoto – all of which appear to have the same ghostly figure in them; and PE teacher Kakuta, who is constantly infuriated by the fact that Sakamoto arrives at school exactly on time and is never quite late enough to be punished.

The comedy all comes from this peculiar character. Sakamoto is so unbelievably perfect as to be funny for his sheer implausibility. Even his perfection gets him into trouble. One of the senior delinquents in the school for example decides to make Sakamoto his errand boy – and Sakamoto is so good at fulfilling every request it freaks him out. It would freak you out to find that the person you have hired is so devoted to your comfort that he warms your shoes on a stove to keep your feet warm – and when you try and hide in the gym and throw away the key, that same boy then designs the gym equipment so it can make for a passable bedroom. 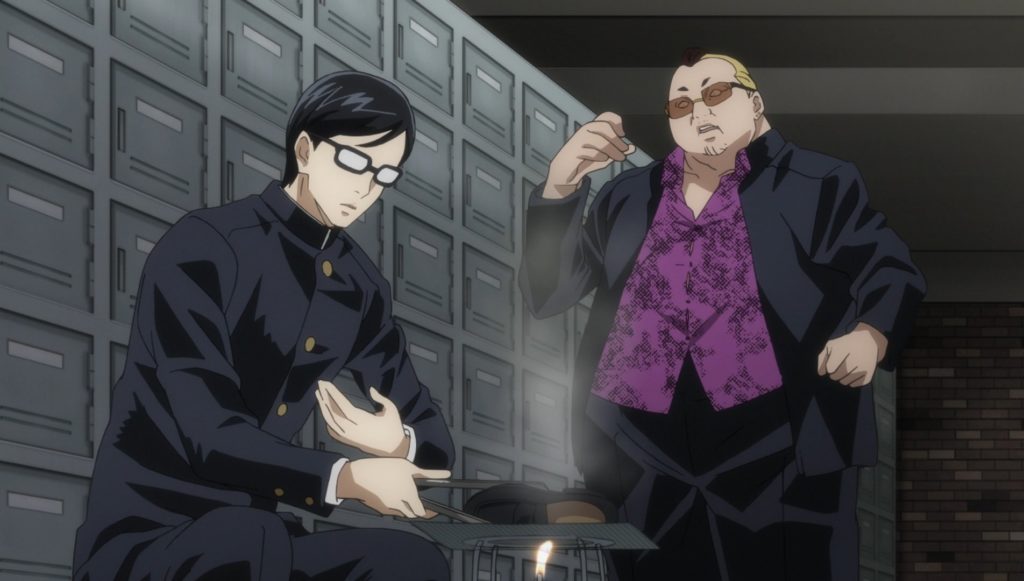 Arguably, this is the main problem with this anime. Sakamoto is a one-joke character. You know that he is totally perfect and that he will never get into trouble, unless it is for a good reason. For example, he gets himself thrown out of class at one point, but that was so he could tend to an ill bird that was outside the classroom during a lesson, and thus comes across as even more saintly.

The issue is whether or not they can sustain the same joke across the 13 episodes. While a lot of the time the joke does work, in the end some of the jokes end up being reused, with pranks at the beginning of the series appearing again in the finale. The school year also ends on a comedy cliché, a custard pie fight, in which everyone fails to land their pies on Sakamoto. The series thus seems to peter out near the end, but there are still plenty of laughs throughout most of the series, and overall Sakamoto keeps the comedy flowing. This is evidenced by the fact in the 2016 Crunchyroll Anime Awards, Haven’t You Heard? I’m Sakamoto won “Best Comedy”. 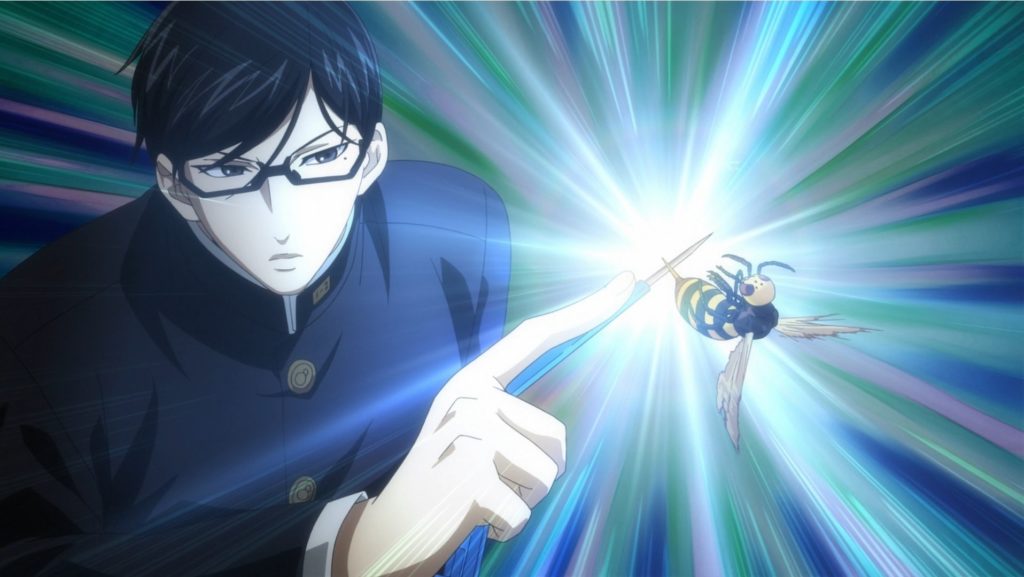 In terms of voice acting, I would certainly choose the Japanese over the English dub. Houston Hayes is OK as Sakamoto, but I can’t help but feel that a character like him should have a voice that sounds more sophisticated than the one he does. Hikaru Midorikawa does the job better. There are not that many extras in this collection. There is only a Japanese promo and textless opening and closing of the songs, “Coolest” by Customi-Z and “Nakushita Hibi ni Sayonara” by Suneohair respectively. Out of the two, I personally found the ending to be the better. 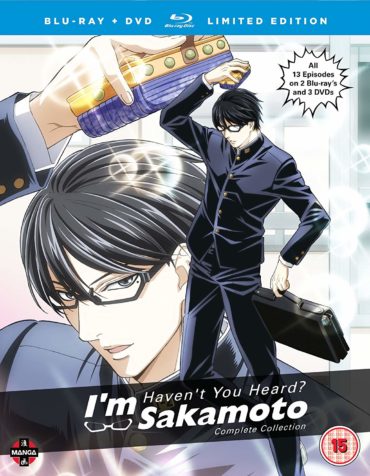 After a year of delays, a new two-season long DVD collection of multinational comedy finally arrives.