If you haven’t watched or read any of Is It Wrong to Try to Pick Up Girls in A Dungeon? before then I highly suggest you check out my review of the original series, which can be found here. 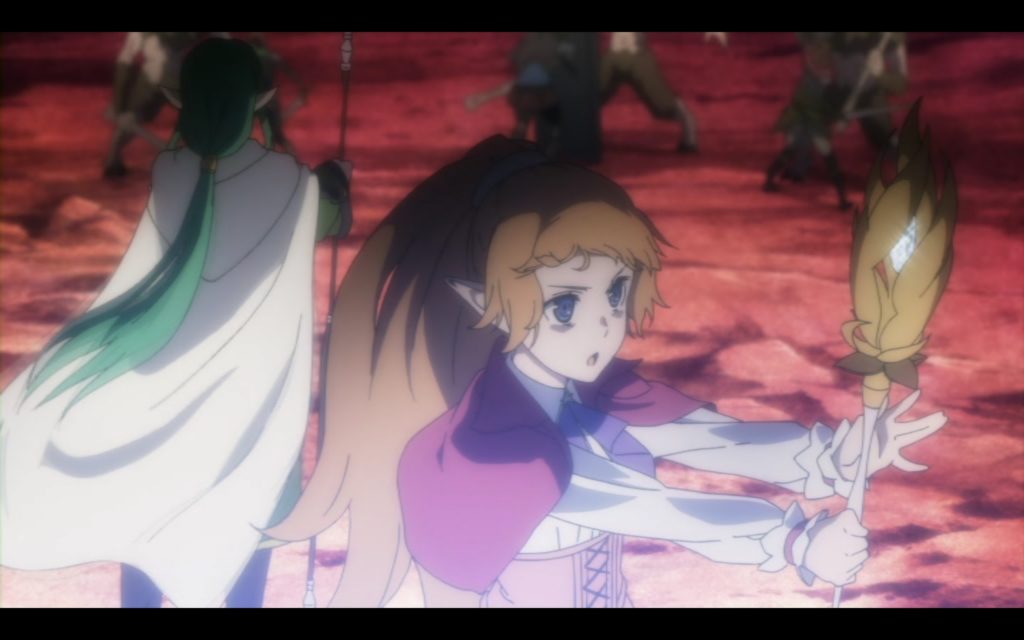 Sword Oratoria follows the adventurers of Loki Familia, with a heavy focus on Aiz Wallenstein. Having been introduced to the cast during Bell Cranel’s heroic tales in the main series, the heroes of Sword Oratoria are given little introduction (as viewers are expected to have watched DanMachi first). We join the team as they venture down to the deepest levels of the dungeon on an expedition. This is halted when they come across mysterious plant-like monsters with the ability to melt anything in their path. With the danger of the monsters escaping up to the surface and causing problems for the ordinary citizens of Orario, Loki Familia must act quickly to put an end to the ferocious enemies. However, when their weapons melt on impact it looks like even the strongest of Orario’s heroes are about to have their work cut out for them…

This is my second time watching the Sword Oratoria anime and with Yen Press releasing the original light novels in English, I’m very attached to the cast. One of my favourite things about the series is how well it balances such a large cast. I also like the development it offers those belonging to Loki’s Familia. Aiz, Finn, Beta, Riveria and the others are so powerful that they’re rarely given any meaningful challenge or development in the main series. However, in Sword Oratoria they’re finally facing enemies and dangers more suited to their abilities. While in DanMachi they often come across as unstoppable, here they’re much more grounded. 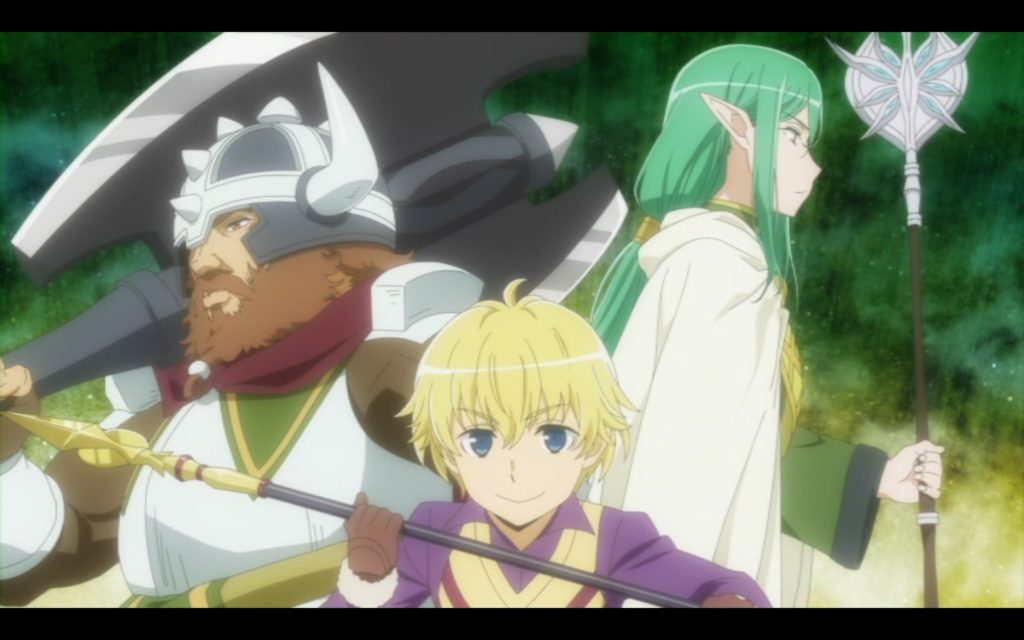 The other satisfying thing about Sword Oratoria is that it brings a whole new perspective to the main series. The story of Sword Oratoria runs alongside the main series, beginning just before Aiz saves Bell from the raging minotaur. From there the main series’ story and Sword Oratoria’s regularly overlap, giving us new information about what was going on in Orario while Bell was fighting to become stronger. I think in a lot of ways Sword Oratoria would have stood perfectly fine on its own without the overlapping, but it certainly doesn’t harm the story by doing so – and as I’m a fan of Bell, it’s admittedly fun to see his antics once again. His actions spur on Aiz and the others, too, giving them something to aspire towards after having hit a plateau in their abilities.

While everything I’ve said so far is positive, sadly there is one negative point that I need to bring up: Lefiya Viridis. Lefiya is a young mage who idolises Aiz and a fellow member of Loki Familia. While that’s certainly not a bad thing, her personality can be extremely annoying in the anime. Lefiya is clingy, often daydreams about being in intimate situations with Aiz, and is extremely jealous of the friendship between Aiz and Bell. Coupled with a whiny nature, Lefiya is hard to get on with and often feels like she’s in the way (although that does get better in the latter half of the series). I find this to be a huge shame because Lefiya is definitely not nearly as annoying in the light novels. Most of the romantic daydreams and the crush Lefiya seems to have on Aiz are not really present in the original story, so I wonder if they were added into the anime for fan service. All it resulted in was an off-putting and, more often than not, annoying character, so whatever the case, I’m saddened by this decision. 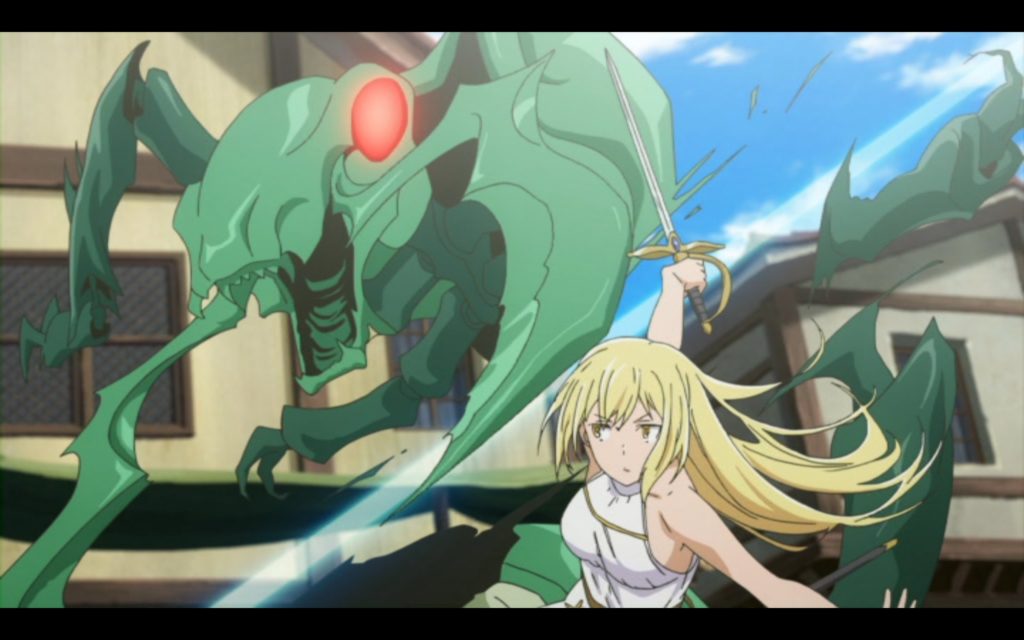 My problems with Lefiya aside, it has to be said that Sword Oratoria is a fantastic addition to the DanMachi universe. It offers a fascinating story, a likeable cast of characters and gripping battles. Everything comes together to offer one of the best fantasy anime I’ve seen in a long time and one which promises to entertain even on a repeat viewing.

Sword Oratoria’s adaptation has been handled by J.C Staff, who also adapted the original series into anime. While the animation doesn’t seem quite as high budget as the main series, it still offers some jaw-dropping fight scenes and really brings the action to life with a vast variety of colours and great use of perspectives. There is certainly little to complain about here. 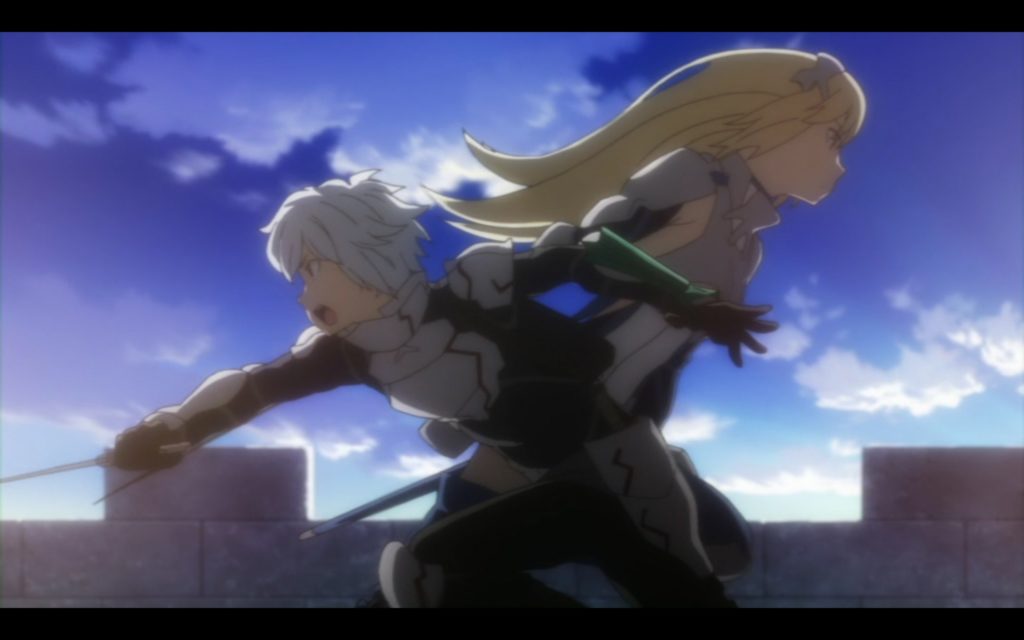 Where music is concerned, Keiji Inai returns to offer a soundtrack that would be fitting in a JRPG. His compositions work well to build up the tension and draw you into the battles on-screen. While some tracks are reused from the original series, this doesn’t hurt Sword Oratoria and if anything just draws you into the show all the more. Overall no complaints here either!

Meanwhile in the voice actor department, everyone returns for their roles from the main series. My favourite of the group is Saori Oonishi (Ai Ninomiya in Amanchu, Hisako Arato in Food Wars!), who plays Aiz. Our hero is so quiet and says so little that I feel it’s hard to convey much emotion through someone like this, but Oonishi does a wonderful job of always getting Aiz’s feelings through even when she’s at her least expressive. She’s obviously a very talented VA and makes watching Sword Oratoria a real joy. 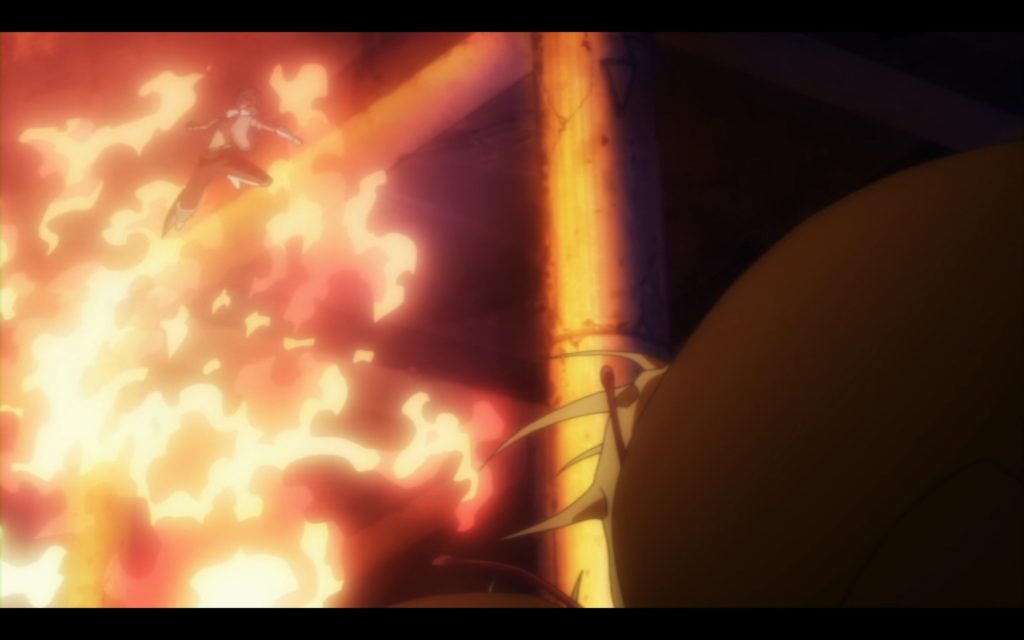 There is an English dub on offer for this release but, having not gotten on with what I sampled from the original series, I chose not to give it a go this time around. All of the English VAs from DanMachi also return to their roles for Sword Oratoria, so if you’ve watched the original previously you’ll have a good idea of what you’re getting into here!

As previously mentioned, Sword Oratoria is being brought to the UK thanks to MVM Entertainment, who are releasing it as a collector’s edition combo pack including all 12 episodes, dubbed and subbed, on both Blu-ray and DVD. The collector’s edition also includes clean opening and ending themes, as well as trailers, an artbook, and collection of artcards. At the time of writing a standard edition release on Blu-ray and DVD is planned for the 8th of October. 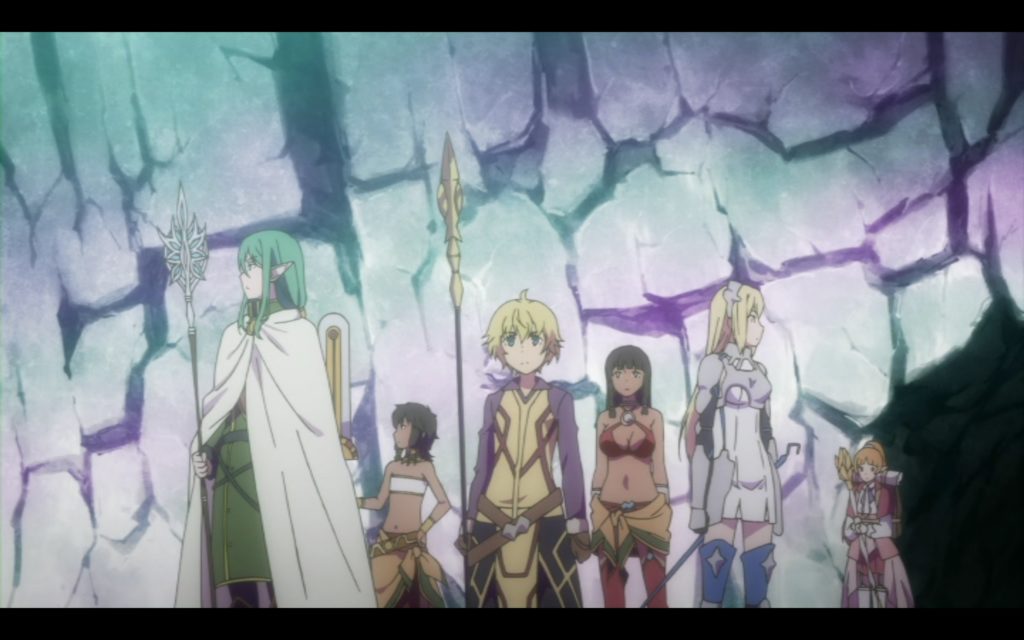 Overall Sword Oratoria offers everything we’ve come to know and love about DanMachi. While it’s not completely problem-free because of Lefiya, this issue can be overlooked. Fans of Aiz and Loki Familia’s crew will get a lot out of this release, as will those who’re just looking for another DanMachi fix. Highly recommended. 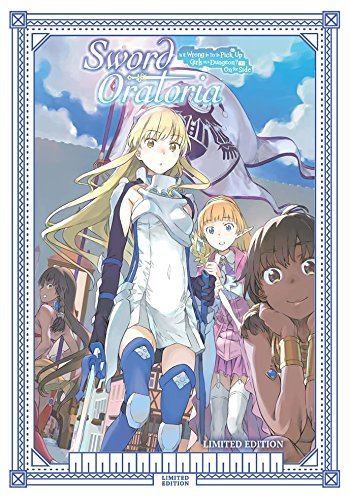 Title
Is It Wrong to Try to Pick Up Girls in A Dungeon? On the Side: Sword Oratoria

Is It Wrong to Try to Pick Up Girls in a Dungeon? Season 3 Collector’s Edition Review

Season 3 of DanMachi changes the story as we know it when Bell discovers an intelligent monster in the dungeon. Now unable to fight monsters the way he did before and having to protect his new friend from fellow adventurers, Bell is forced to search for answers to questions he’d never even considered before.