Dragon Ball Super: Broly, the latest film in the Dragon Ball saga, is an enjoyable action romp that pits Goku and Vegeta against the fearsome Broly, a long-lost Saiyan who was exiled as a child by the Saiyan king. After being picked up years later by the Frieza Force, Frieza decides to use him as an entertaining distraction while he nabs the Dragon Balls, so he can fulfil his wish of becoming taller. With Broly and his father out for revenge against the Saiyans however, things quickly spiral out of control and it’s up to our team of heroes to stop them before it’s too late. 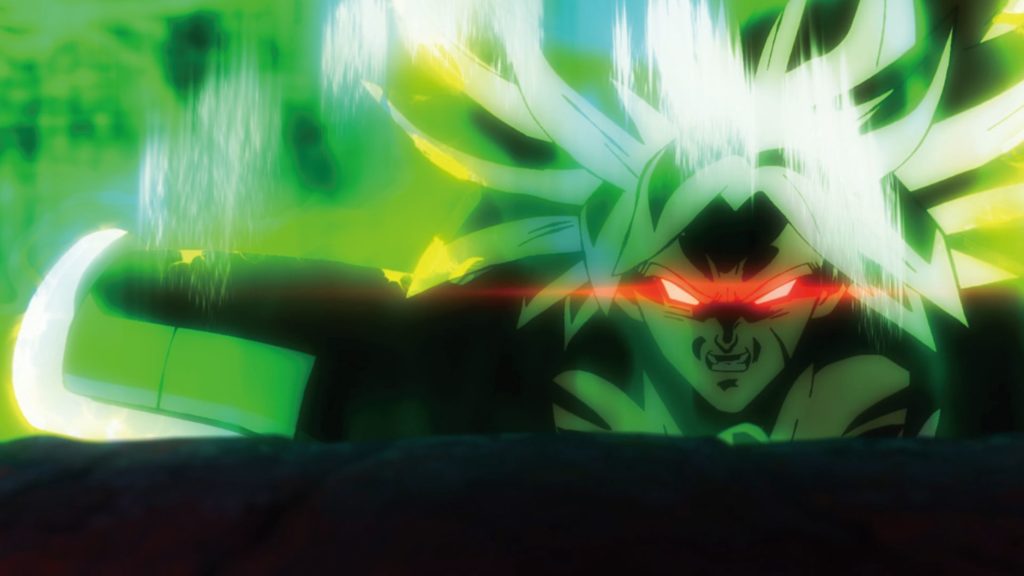 While I’ve never really followed Dragon Ball as a franchise, having only seen Resurrection F previously, I still found Broly to be an enjoyable film that was pretty easy to follow. This is largely thanks to the extensive prologue that starts things off, taking us back to the beginning of the franchise. If you’re not familiar with the Saiyans or who Frieza is, then this serves as an excellent introduction, showing the Saiyans as a fallen warrior race who have no choice but to obey the fearsome King Cold and Lord Frieza because, as Frieza demonstrates, they literally don’t stand a chance.

I actually found this part of the film the most fascinating, as it really gives you a new angle on the Saiyans and their way of life, portraying them as very human characters. You’ve got the Saiyan king, who, while trying to do the best thing for his people, is actually extremely flawed and easily succumbs to a jealous rage when he discovers that there just might be a Saiyan child who has a higher level of battle power than his own son. This results in him sending Broly off-world, hoping he will die. 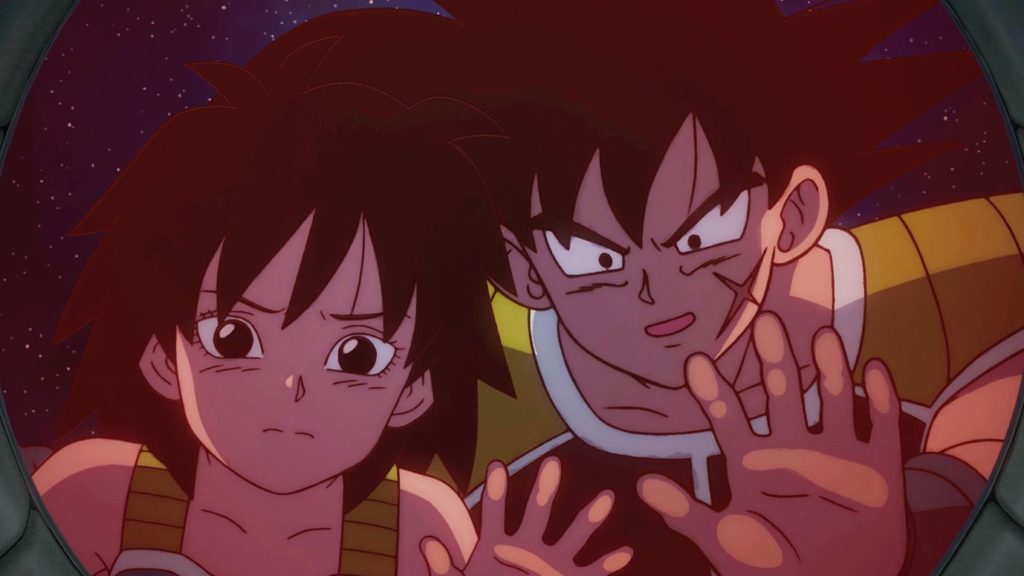 This is then presented in stark contrast with Goku’s parents, Bardock and Gine, who show a lot of compassion and love for their son, deciding to send him to Earth to escape Frieza’s attack and the destruction of their home planet. And even Broly isn’t truly the monster that Frieza imagines, or the angry, all-powerful Saiyan that his father wants him to be; as we see through his interactions with Cheelai and Leemo, the two Frieza Force members that pick him and his father up off the desolate planet that he was exiled to, that he’s actually quite kind and eager to stand up for his two new friends.

So while you are probably coming into this as a fan for the big fight, there’s actually a lot more to this film and it feels that it really knows its characters well, giving them a lot more depth than just the bad guy that Goku has to defeat this time around.

There’s plenty of humour too, with the setup of the film being that both Bulma and Frieza are searching for the Dragon Balls for similarly stupid reasons – Bulma to make herself look younger, Frieza to make himself look taller. You’ve also got Beerus being left out of the action to babysit Bulla, Goku and Vegeta’s hilarious failed attempts at fusion, and Cheelai and Leemo just being an incredibly effective combination, all coming together to lighten the film up, away from the seriousness of the big fight. 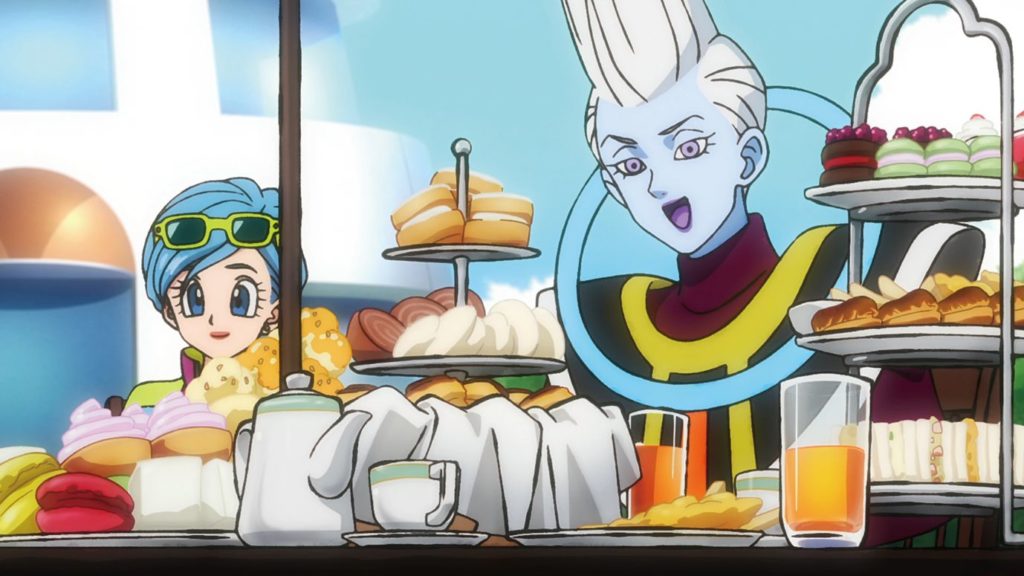 The fight itself, pitching Goku and Vegeta against the enraged Broly, is utterly ridiculous, and while it’s sure to entertain fans as it tries to go bigger and crazier than any fight in the franchise before, I personally found it a bit too much and that it went on for far too long. While I was with it at first, the longer it lasted, the more I became bored with it as a stalemate quickly emerges as Broly ups his power every time Goku and Vegeta go through a transformation. What I was expecting was a structure where the heroes are overpowered and beaten down by their foe, then rise up with courage and eventually win. This almost happens, as Goku takes a serious beating from Broly, but that turn for the heroes overcoming their foe never arrives, and it just goes on, and on, and on.

This does however give ample time to show off some excellent animation, clearly upping the work that they did on the previous film. It’s fast, fluid and never stands still and employs some very flashy CGI effects. Having purchased quite a few Precure films, which have experimented heavily in CG animation these past few years, I’m not surprised to see Toei use the same digital animation here, seamlessly transitioning from the more traditional style to the full 3D models and back again. While CG is often a thing that Japanese studios struggle with, I do think Toei are underrated in this area and are actually quite adept at it. Adding that CG experience to this film only makes it better and really helps to convey just how crazy this fight against Broly is. 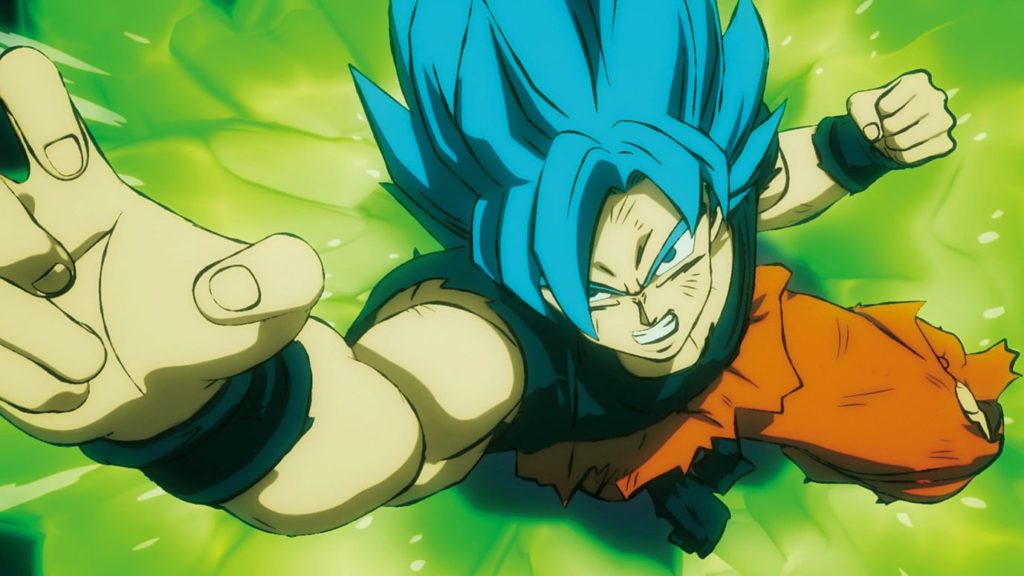 The soundtrack really helps too, with composer Norihito Sumitomo putting together some wild battle tracks that combine elements of rock, jazz and some chanting, with the singers leading the cheers for the combatants. It actually wants you to cheer along as the music changes to focus on whoever has got the upper hand in the fight at a specific moment. I really like Broly’s theme as well, and it is used effectively as an ominous motif throughout the film.

Manga Entertainment’s release of the film comes in various flavours: from the Blu-ray and DVD combi Steelbook, collector’s edition Blu-ray featuring art cards and poster, standard Blu-ray and DVD, a combination pack that includes Broly with Resurrection F and Battle of Gods and an extra edition exclusive to Sainsbury’s featuring four art cards that are different from those included in the collector’s edition.

On the disc you’ll find the film with the choice of English or Japanese audio with English hard-of-hearing subtitles or full English subtitles. I found both the English language and Japanese versions of the film to be spot-on, meaning that no matter which language you prefer, you’re perfectly catered for. The picture quality is good and there is no green tint present that I could notice, unlike Funimation’s US release.

There are no on-disc extras to speak of, and while this is probably a licensing restriction, it’s a shame we don’t get anything that was in the Japanese releases, although the majority of those were only in the limited edition. The standard Japanese release was pretty sparse in that regard as well. 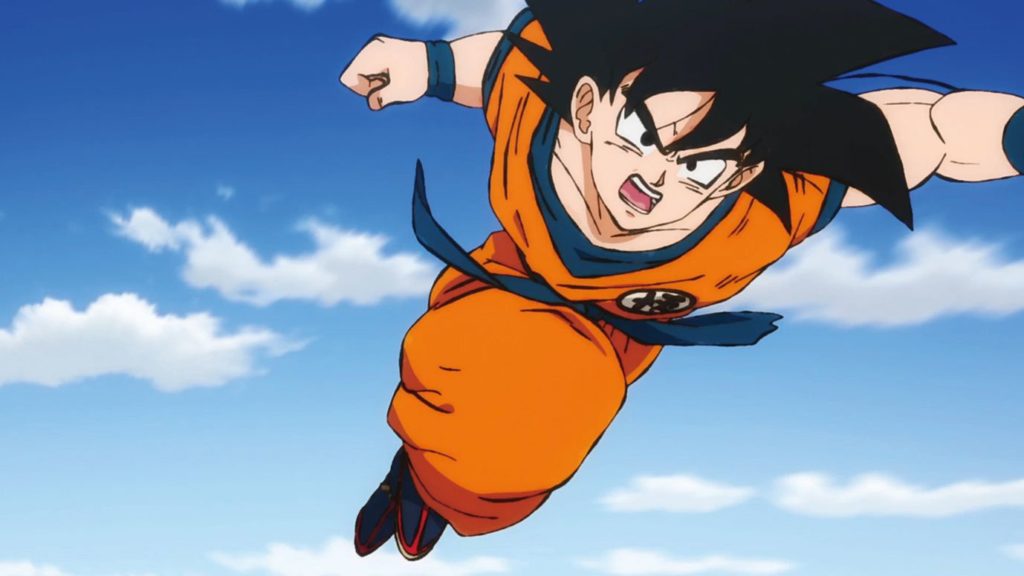 Dragon Ball Super: Broly is a highly entertaining action film that fans will adore and newcomers will find surprisingly easy to get into. It’s bombastic but also quite deep, showcasing an aspect of the series that some may have never seen before, with the prologue being fascinating to dig into. The big fight allows Toei to flex its animation muscles and provide some thrilling action scenes, but newcomers may find that its length turns it into a bit of a boring one. It is however a really good effort and might have sold me on the franchise as a whole. 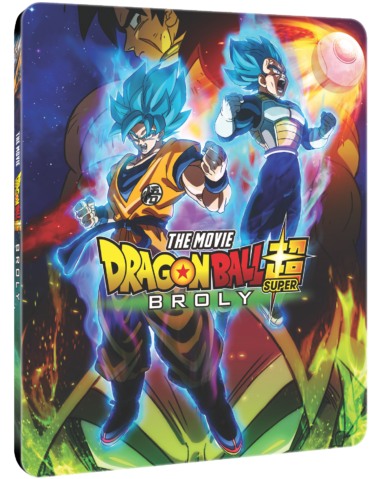