We’ve been waiting in the West a very long time for the opportunity to read the classic Moto Hagio manga The Poe Clan (Poe no Ichizoku) in English, so this handsome hardback release from Fantagraphics is very welcome – although also very heavy and (not surprisingly) expensive as well. If you were fortunate enough to visit the recent British Museum exhibition devoted to manga, you’ll have seen Moto Hagio as one of the featured contributors. Her groundbreaking and prize-winning work is generally regarded as setting the tone and style of shojo and Boys’ Love stories in the early seventies after a period when most comics aimed at girls and young women was drawn by male mangaka. And yet, sadly, hardly any of it has made it to the West in English translation – until now.

So what makes The Poe Clan so special? It’s beautifully drawn. The mangaka’s style is distinctive and although these stories date from 1972 onward, it looks strangely undated  (even though her own graphic style has inevitably altered and matured over the years). Here are all the visual attributes we’ve come to associate with shojo: flowers, wide-eyed girls and young women with luxuriant tresses, beautiful boys. But the way Moto Hagio treats her subject matter is fascinatingly different. This is a vampire – or vampirnella – tale, with a twist very much her own. We encounter an ageless clan/family who bear the name Poe and two main characters called Edgar and Alan (and Marybelle, Edgar’s frail yet beautiful younger sister) but there the direct allusions to the eminent American nineteenth century horror writer end. The dilemma (which also appears in Anne Rice’s Interview with the Vampire 1976) of living far longer than man’s mortal span and being trapped forever in a youthful body is explored. The chapters are not set out in chronological order but each story is, in some ways, a variation upon the main theme. Moto Hagio sets The Poe Clan in Europe, sometimes in England, sometimes in Prussia/Germany. There must have been something truly exotic and appealing about eighteenth and nineteenth century Europe that appealed to these trail-blazing female shojo mangaka (Ryoko Ikeda’s The Rose of Versailles dates from the same year, 1972.)

What impresses most of all is Moto Hagio’s fluid art style: characters spill out of panels, flower petals swirl in blizzards, and she often uses a double page spread to capture a single image for maximum impact. The story is intensely, breathlessly conveyed; the emotions of the young protagonists always seem to be experienced at fever pitch. Everything is hopelessly romantic, melodramatic, love or hate, life or death. Because of this hyper-emotional atmosphere, the chapters of The Poe Clan (which don’t relate the story chronologically) are probably best experienced one at a time. Reading too much at one go is a little like eating too much Turkish delight. The chapters set in an exclusive boys’ boarding school must have inspired many forbidden single-sex school romances (including the mangaka’s own influential The Heart of Thomas in 1973) – and the mixture of cruelty and the abuse of power in a classroom setting anticipates more contemporary takes like Chise Ogawa’s Caste Heaven (SuBLime manga in 2020). Recently, the poignant first story in Kumota Haruko’s collection of one-shots The Forest of Roses (futekiya) is a direct tribute to The Poe Clan. In 2016, Moto Hagio returned to The Poe Clan in Monthly Flowers magazine and although the new series is on hiatus until 2020. 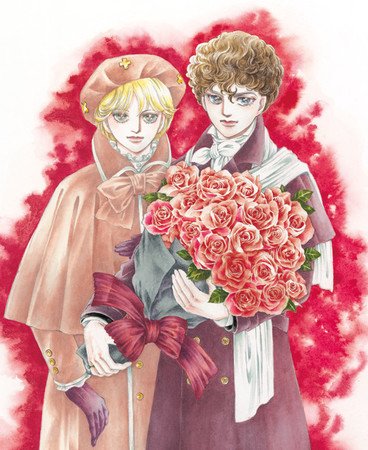 The hardback release from Fantagraphics comes with a sympathetic translation from Rachel Thorn, which perfectly captures the intense interactions between the protagonists and the fever-dream atmosphere of this dark gothic world. The paper quality is good (and a very clean white) which does justice to the mangaka’s striking artwork.

Moto Hagio’s reinterpretation of the vampire mythos, with her clan of ageless vampirnellas, is a must-read for anyone who loves classic shojo or is interested in the history of manga. 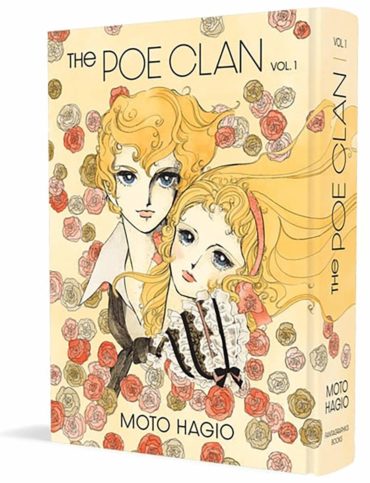