Atsushi Ōkubo’s Soul Eater was arguably one of the biggest hits of the late 2000s, with both the manga and the anime adaptation proving very popular at the time. The series was originally released by Manga Entertainment on DVD back in the day, and now they bring us this complete collection on Blu-ray. It may be over ten years old now, but despite this being my first time watching it, I was impressed by how well it holds up, being more enjoyable than a lot of the longer-running shonen shows I’ve seen over the past few years. 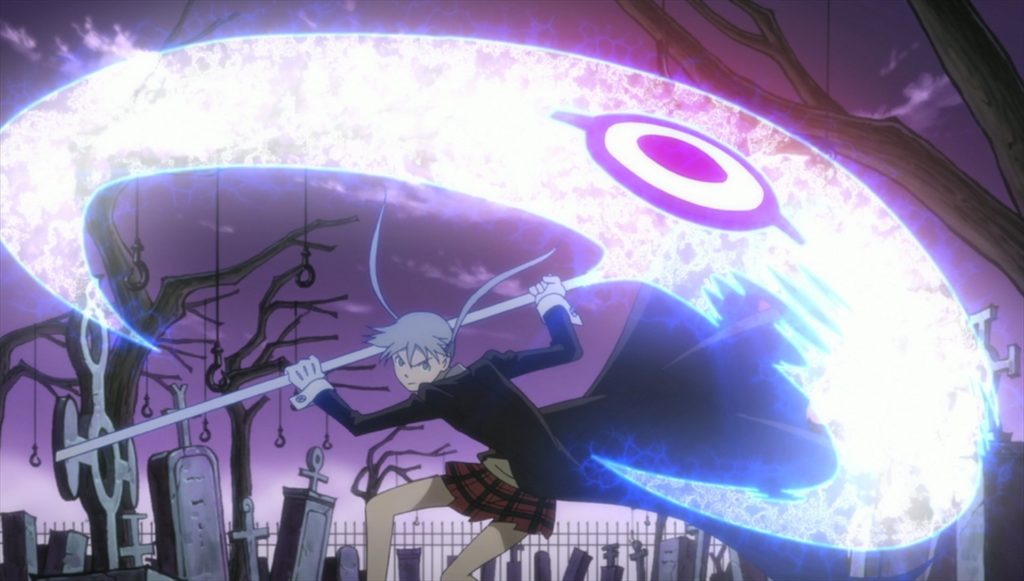 Soul Eater is set in a world similar to ours, yet where magic and witches are real and some people are born with the ability to transform into a powerful weapon. Such weapons are wielded by meisters, who are trained to battle against witches and the evil of this world at Death City’s Death Weapon Meister Academy, run by Shinigami, or Lord Death: a shadowy reaper sporting a humorous skull mask and giant white-gloved hands. Ultimate recognition for a meister and their weapon comes by becoming a Death Scythe, one of Lord Death’s personal weapons, after consuming 99 corrupted souls and one of a witch.

The story follows the adventures of Maka Albarn and her giant scythe weapon, the titular Soul Eater, whose ultimate goal is to make Soul into a Death Scythe. However, they are struggling to find and claim the witch’s soul that they need to achieve it. They soon realise why it is so difficult, as while on assignment in Italy, the pair become entangled in the intricate plots of the fearsome witch Medusa, whose goal is to revive the Kishin, a being that turned mad and became a demon after consuming the souls of innocent humans. After an intense battle with Medusa’s child, Crona, Maka and Soul return to Death City and find themselves being teamed up with rival meisters Black Star and Death the Kid, along with their weapons (Tsubaki, who can transform into a variety of ninja weapons and Liz and Patty, twin sisters who transform into a pair of pistols) in order to fight against Medusa and stop her from unleashing the madness of the Kishin upon the world. 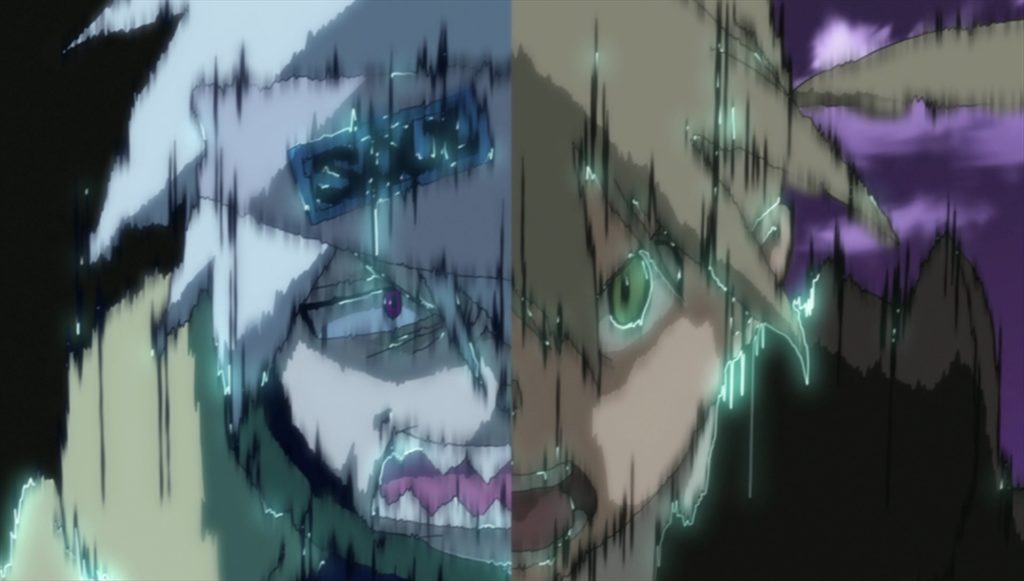 In terms of longer-running shonen shows, Soul Eater feels more comparable to the original adaptation of Fullmetal Alchemist, with both taking their own road at a certain point due to the manga not being complete, and while I’ve just skim-read the plot of the manga, it feels like a tight and action-oriented interpretation that focuses on the battle against Medusa and the Kishin, which works just fine. While there is some filler here and there and side-stories that focus on some of the different characters, they don’t feel detrimental to the overall story and actually enhance it somewhat, as it makes you appreciate the relationships that the other meisters have with their weapons. Black Star and Tsubaki get a particularly nice arc as they both struggle against the legacies of their respective families and how they can push forward on a different path, while Death the Kid’s episodes tend to be full-on action-adventure romps with plenty of laughs over his obsessive compulsiveness over symmetry.

Keeping the core cast small and restricted to these three units allows for plenty of character development across the series, and you come to love each of them quite quickly. For example, Maka is certainly not the strongest of the bunch and at first doesn’t particularly gel well with Soul, but she’s particularly endearing thanks to her courage and determination. And while Soul can come off as cool and uncaring in his attitude, when it really matters he’ll be the one to stick his neck out for his friends. Each character just feels well designed and very believable, and I love how they are true to themselves and are free to express that within the story.

This goes for the side characters too, when you’ve got Lord Death himself, who hides his more aggressive nature as a shinigami from the students, but gets to unleash it at certain points in the story. Or Excalibur, who, as the sword of legend, is the most powerful weapon in the world, but in reality his true form is this annoying white pixie thing who is so obnoxious and full of himself that he can only be used by someone who can either match or put up with him.

The villains on the other hand are a bit more by-the-numbers, and while they lack depth I do still like their character designs, with each of the witches being based around a specific animal, with their powers and abilities reflecting that specific animal’s nature in real life. 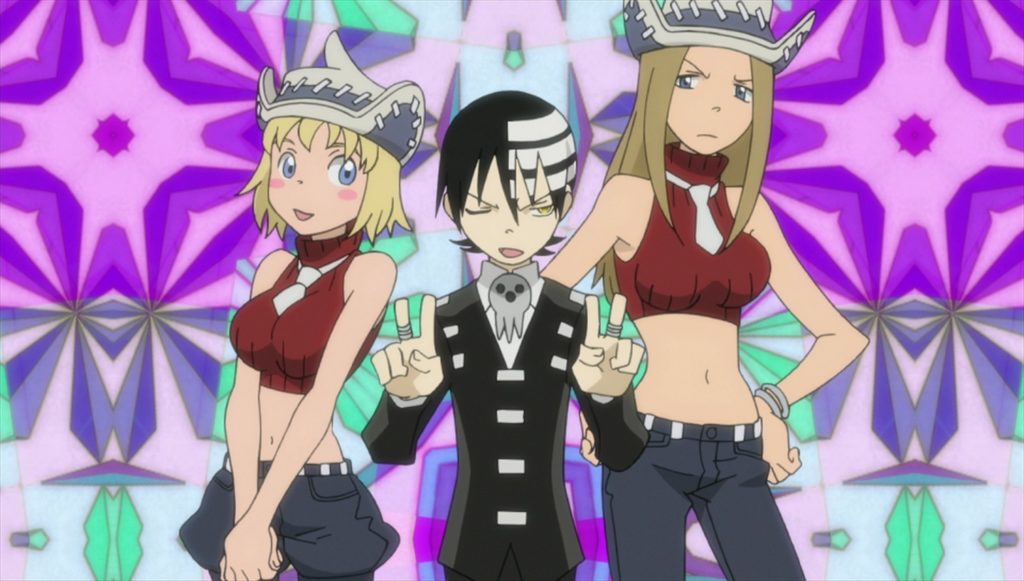 Through the exaggerated character designs and the dark and mysterious world itself, the series has an amazing sense of style and is very distinctive thanks to how well Bones have represented Ōkubo’s original artwork. It’s often dark and creepy, but in a very cartoony way; from the way the sun and moon are given faces and grin mercilessly at what’s going on on-screen, to the very stereotypical looks of the witches, or the comic appearances of characters such as Lord Death and Excalibur. Everything looks very lively, and I like how even in darker moments of the plot there’s always something there to lighten the mood.

Bones’ animation here is really good, and with this coming after their work on shows like Fullmetal Alchemist and Darker than Black, it definitely follows in the studio style, particularly with the action scenes that look really cool with fast, fluid motion and some flashy special moves that really help to give it a wow factor.

It sounds good too, with an urban, R&B style soundtrack composed by Taku Iwasaki that really emphasises the cool and stylistic feel of the series. Insert songs such as Soul’s theme, “So Scandalous”, or “Psychedelic Souljam” are just absolute jams, while the incidental themes fit the more light-hearted scenes well. The opening and ending themes also hark back to some of the best anime song artists of that decade, with the likes of T.M. Revolution and his rock band offshoot Abingdon Boys School providing “Resonance” and “STRENGTH” respectively, while Tommy heavenly6’s “PAPERMOON” gives us a passionate rock song for the majority of the second half. 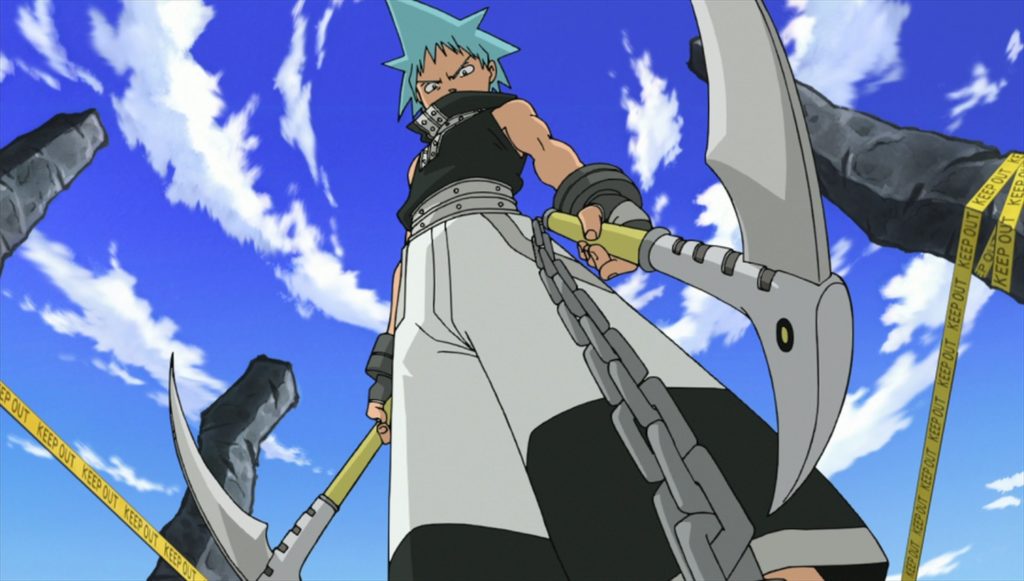 Manga Entertainment’s release of the series features both the original Japanese with subtitles and the English dub. The Japanese cast are great and fit into their roles well, with Death the Kid’s voice actor, Mamoru Miyano, being quite recognisable from his other work, particularly Osamu Dazai from Bungou Stray Dogs, whom he sounds quite similar to here. Also notable are Kouki Uchiyama (Mobile Suit Gundam Unicorn, My Hero Academia) as Soul Eater, and Rikiya Koyama (Kiritsugu Emiya in the Fate franchise) as Lord Death. The subtitles in this release are particularly difficult to read in the daytime scenes, being small and white with very little border, which is a shame and does make some lines easy to miss, however the English cast are very competent and full of familiar voices, such as Laura Bailey as Maka Albarn, Troy Baker as Excalibur and Maxey Whitehead as Crona.

There’s a variety of on-disc extras including audio commentaries for selected episodes, trailers, clean opening and ending themes, and the Soul Eater Late Show shorts that are humorous little asides that play on both the events in the show and its production that were originally tagged onto the end of an episode’s TV broadcast. 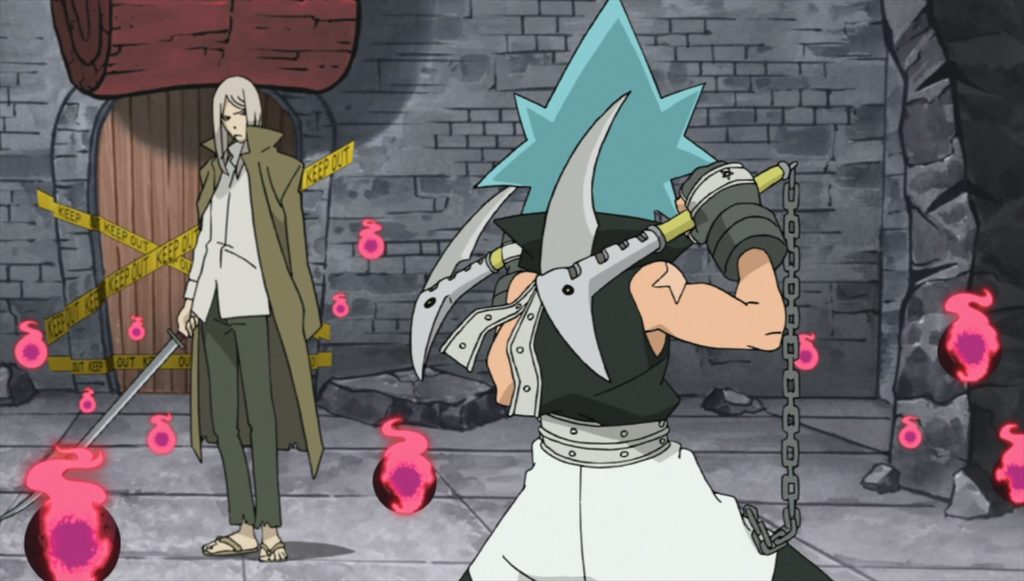 Watching Soul Eater for the first time, I wondered why I passed up on it when it first came out as there’s a lot to love: from the fantastic action to its sheer sense of style and well-designed, goofy characters and its exciting plot. This is a great example of how shonen shows should be done and is particularly essential viewing for shonen fans who missed out on its original release, while also offering a new opportunity for existing fans of the series to get back into it in, arguably, its best presentation yet. 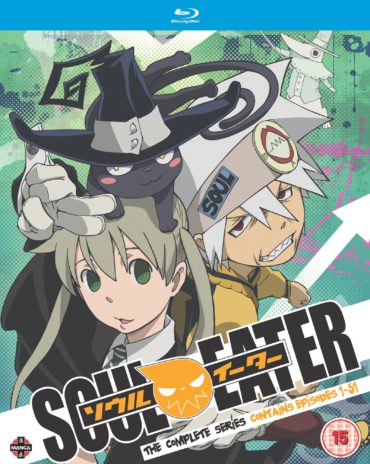