WARNING: Spoilers to previous collections ahead.

The concluding part of the third series of the popular horror anime contains its normal share of tragedy and chaos, but also revelation and flickers of hope.

The collection sees the Scouts/Survey Corps attempt their most important mission yet: sealing the holes in Wall Maria. To do this, Erwin Smith must lead his troops to Shiganshina, the home of Eren, Misaka and Armin. There, not only can they block the holes that are allowing the Titans into humanity’s last safe refuge, but also can finally access the basement to Eren’s house and find out what his father was keeping there. 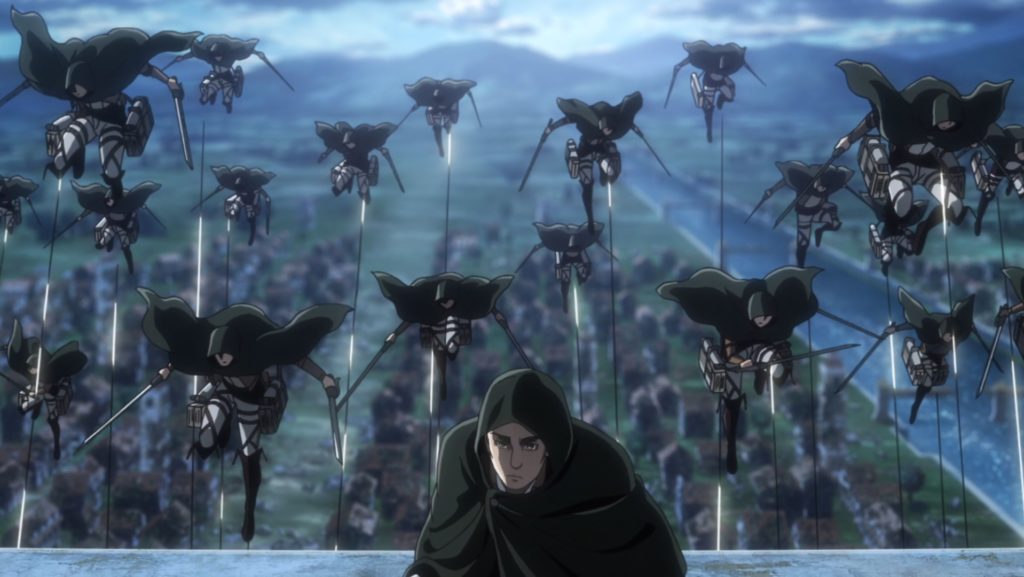 However, while there they also have to battle Reiner and Bertholdt – aka the Armoured and Colossal Titans, who are also working with the mysterious Beast Titan. The Scouts/Survey Corps, using Eren’s Titan powers, have to engage in their most dangerous battle yet. While both sides have new tools in their arsenals, it is a fight that will result in the deaths of many on both forces, including the deaths of key  figures on both sides of the conflict. On top of this are the revelations to be found inside the basement, which reveal the true, disturbing enemy that Eren, his father Grisha, and his friends have been fighting against.

It is hard to go into details about this collection as there so many spoilers. For starters, the key figures who are killed really are important in Attack on Titan, and not only is it a shock when they do die, it is also disturbing to see how those who do survive manage to do so. The same is true when it is discovered who the real enemy truly is. I cannot say who it is, but it is true to say that the forthcoming series will have a somewhat different tone, which arguably is even darker than the already grim one we see now. 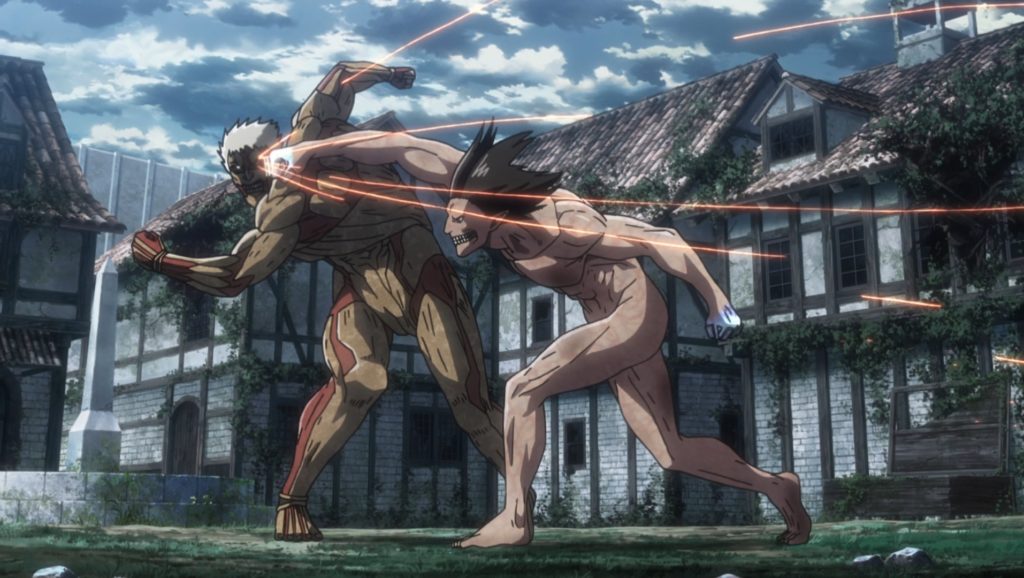 One thing that can be talked about is the drama and the action in the story. The battles become tense and gruesome. A scene in which Armin tries to do battle with the Colossal Titan is bloody and disturbing to watch, which in turn leads to a great moment of drama when it comes to a live-saving decision. There are also flashbacks with Grisha in which we see him witnessing horrors as a child that influence him as an adult, as well as things that will haunt Eren in the future. At the end of the series however, there are true moments of hope, and a promise that is finally fulfilled.

These elements help to make this collection of Attack on Titan one of the best so far, along with things like the soundtrack, which sees Linked Horizon returning to provide the opening theme tune, “Shoukei to Shikabane no Michi”. The end theme, “Name of Love” is performed by Cinema Staff. This collection also has various extras including textless opening and closing, commentaries including a video commentary, an “Eyecatch Gallery” translating the cards used in the ad breaks, and the Chibi Theatre shorts.

Now we have reached this point in the story, it is going to get a lot more intriguing if and when the fourth series is released. 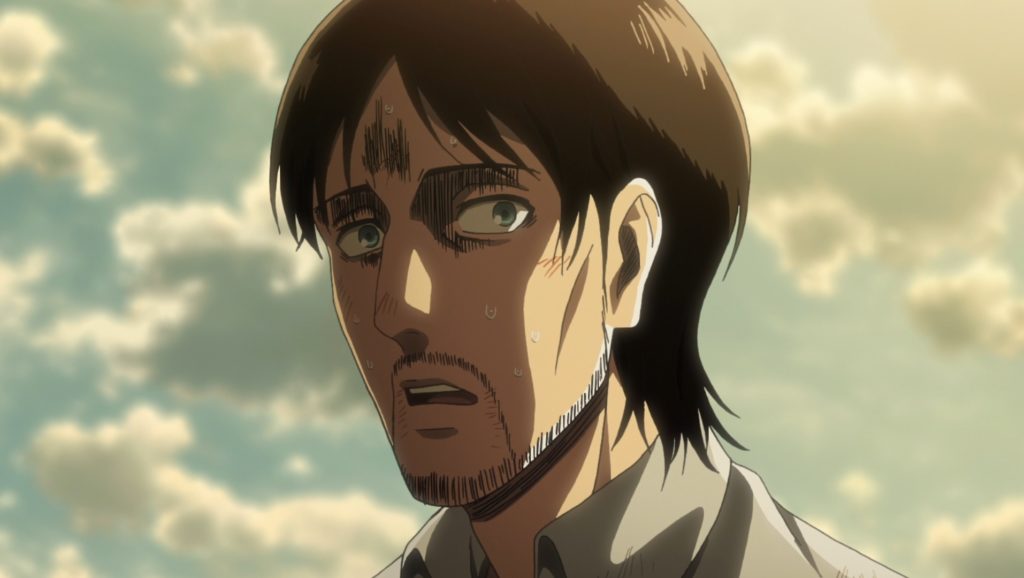 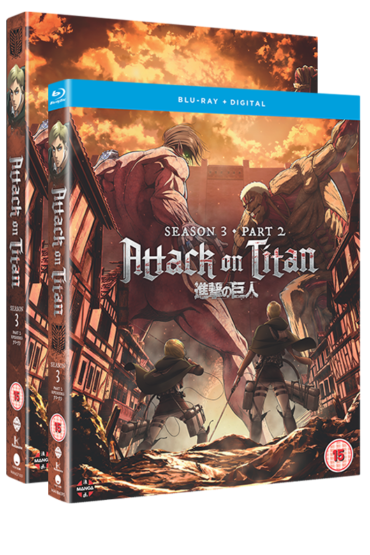