Set in a fantasy world where humanity faces an ever-escalating war against demons and monsters, Arifureta: From Commonplace to World’s Strongest sees a group of high school students summoned from our world to become the heroes that turn the tide. 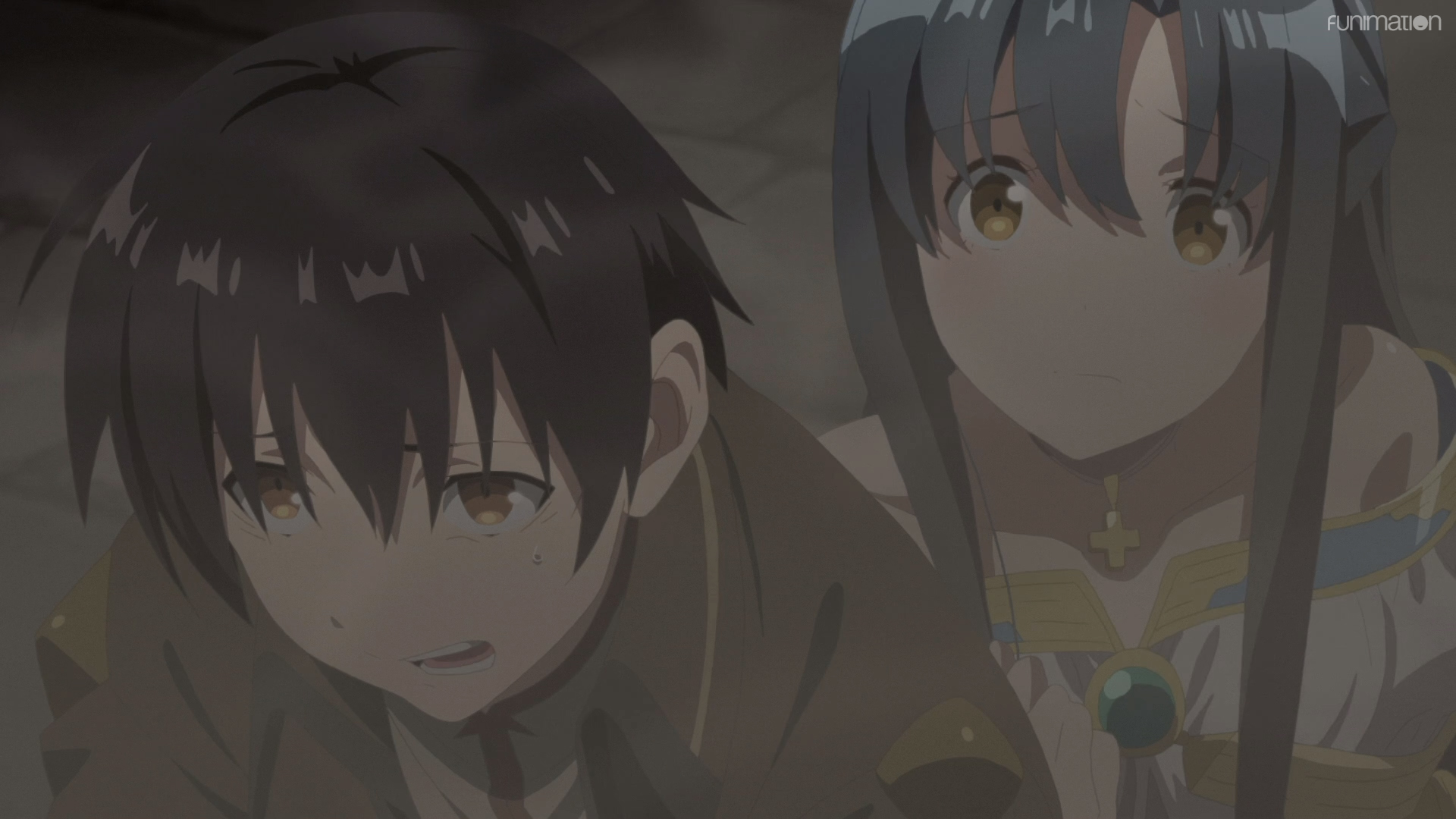 While attempting to clear out one of the world’s major dungeons, the Great Orcus Labyrinth, the group are set upon by a giant Behemoth. While trying to save his friends from the monster, Hajime Nagumo finds himself being attacked by one of his own and ends up being flung into a giant abyss. Left for dead after being attacked by a group of monsters, his only lifelines are a miraculous crystal that generates holy water and his skills as a synergist, which allows him to transmute any solid material. After eating some monsters in order to stay alive, he finds that doing so, when combined with the holy water and his synergist skill, alters his own DNA, giving him the monsters’ skills and abilities, which allows our now jaded and cynical protagonist to grow stronger and explore the depths of the labyrinth.

As he ventures down to the bottom, he uncovers not only a vampire princess who was sealed away by her kind for being too powerful, but also the hidden truth of the world, in which it turns out that the god that summoned our human heroes to this world is actually the bad guy. Accompanied by the vampire princess he has named Yue, Hajime embarks on a quest to uncover the hidden magic found in each of the world’s labyrinths, hoping he can use this to return home to the human world. 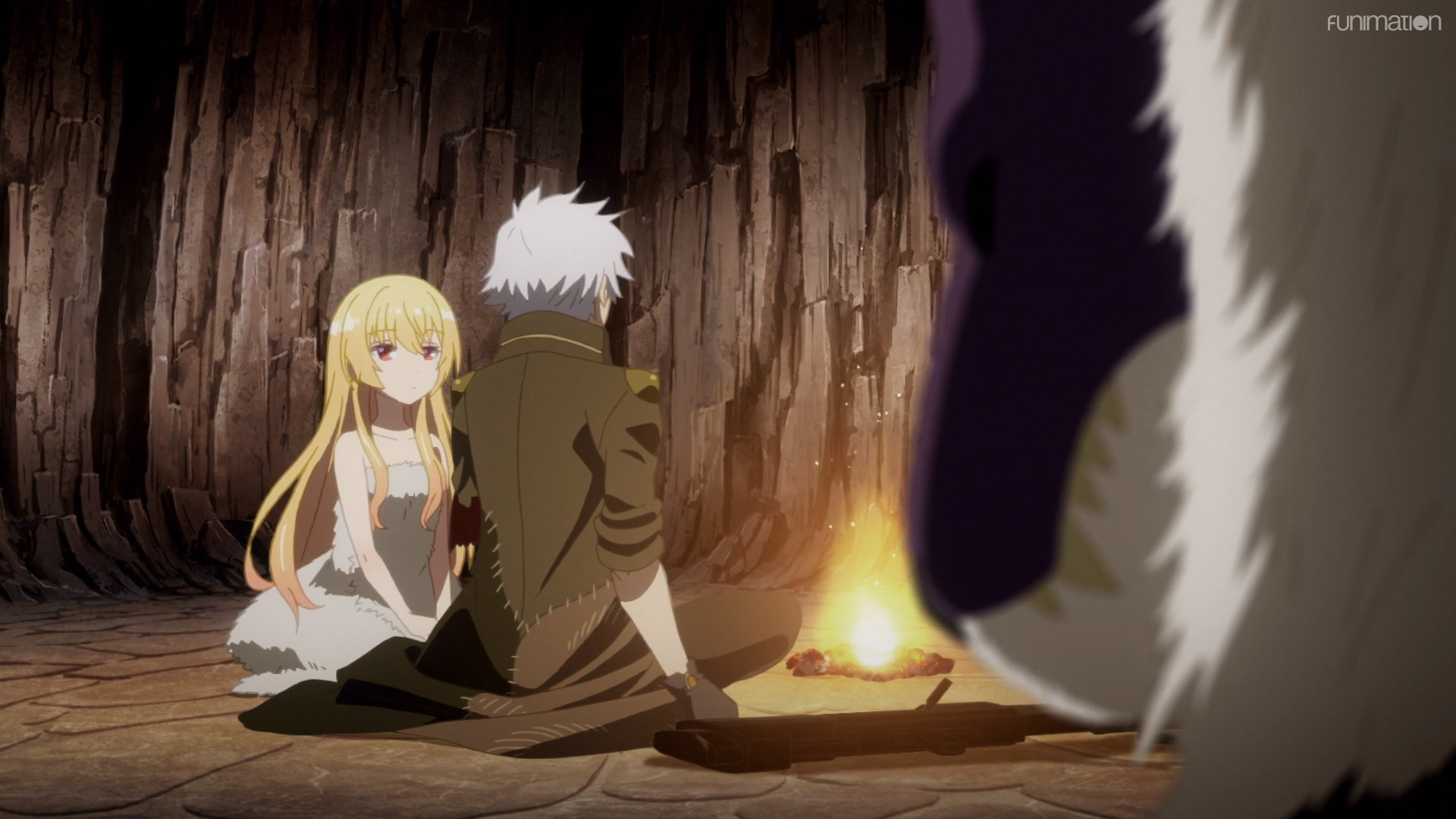 If you are looking for a dark and edgy isekai series, then you’ve perhaps come to the right place, as Arifureta initially takes that tone and runs with it, transforming its main character from a courageous wimp into an insufferable edgelord over the course of the first few episodes. While I struggled to be entirely convinced by it, as it felt like it was trying to be a little too edgy at times, I still found the setup of the story to be pretty interesting for the most part.

With Hajime being forced to adapt to survive, it initially feels very similar to shows like That Time I Got Reincarnated as a Slime and I’m A Spider, So What? although it lacks the former’s comic wit and the latter’s finesse in showing the main character’s desperation. Seeing Hajime have to grow into the kind of overpowered protagonist common in these types of shows is definitely better than him being that way from the start, even though the massive personality switch seems a bit much. Nevertheless, the concept of assimilating skills is initially used well as he is shown battling ever more powerful monsters, yet it is a shame that it gets forgotten about after the first few episodes.

Meanwhile, turning the back story on its head and making the world’s god out to be the bad guy is a great idea, as it puts all of the characters in an interesting moral position – do you keep fighting for this supreme being, even though you know they are actually pretty shady, or do you switch sides and fight with the demons instead? 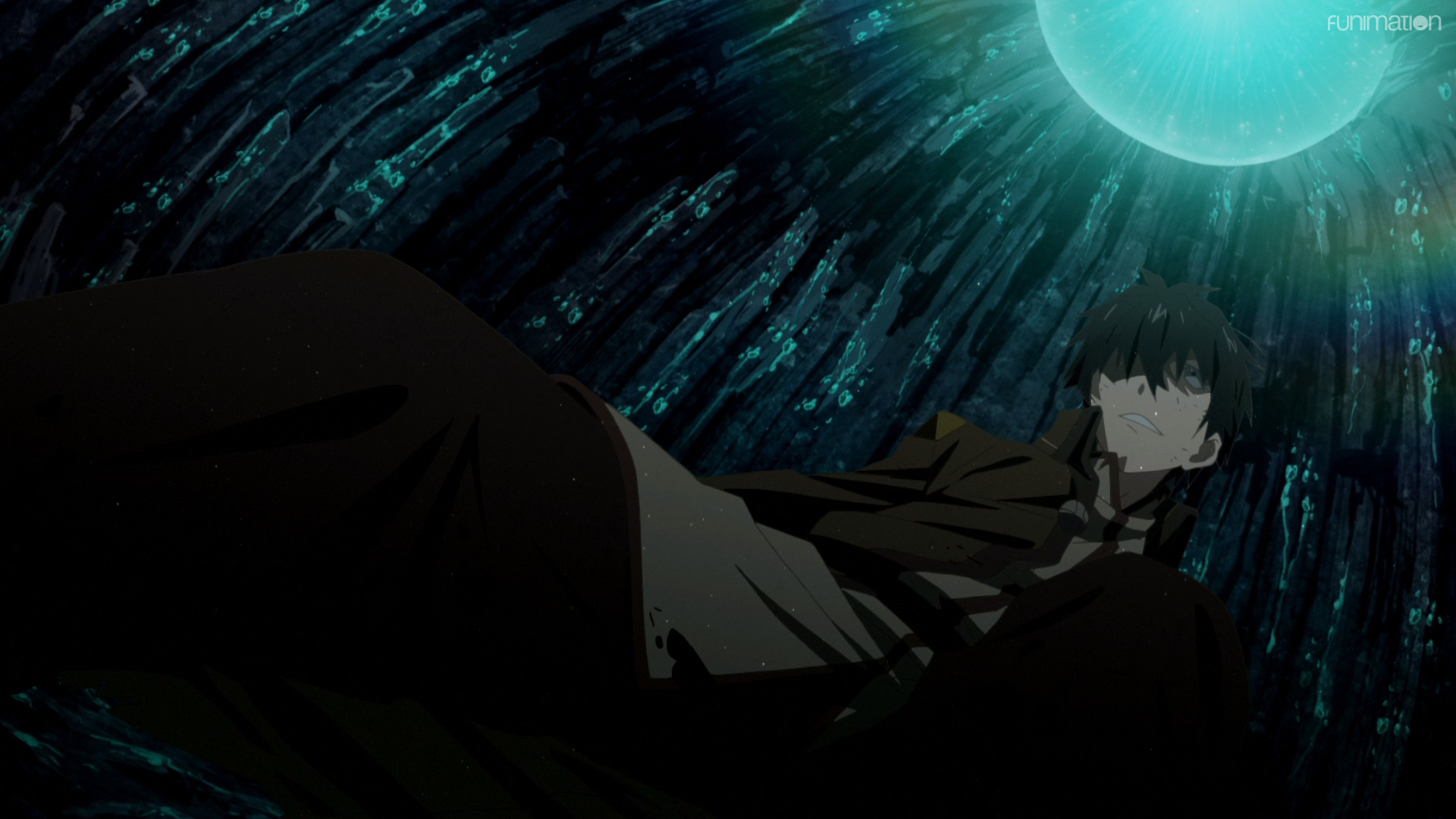 While there’s hints at how the story is going to progress later down the line, this isn’t really explored within this season, as Hajime blows it all off and decides he’s only fighting for himself. Despite being quite admirable in that force of will, Hajime starts off as a very unlikable character, as his cocky attitude comes off as very annoying. From his appearance and style, it feels like they were going for a Dante from Devil May Cry kind of feel, but completely missed the point of what makes such a character truly iconic. Thankfully, Hajime does soften up over time, which makes him a lot more compelling towards the end of the season.

Apart from a couple of characters, the rest of the main cast are a lot more problematic, even though some do become better over time. Vampire girl Yue falls foul of the “thousand-year-old Lolita” trope, which can be particularly unsettling early on, when you have someone who looks eleven trying to seduce an older guy (and even more so when it’s implied that they do the deed off-screen). Bunny girl Shea starts off as an extremely annoying and obnoxious character who just wants to get into Hajime’s pants; then there’s dragonborn Tio, who is introduced as an interesting and powerful enemy (being able to transform into a massive dragon), but is quickly reduced to a raging masochist after Hajime unceremoniously jabs a steel pole up her rear end, setting her fate as a literal bottom-tier character for the rest of the series. 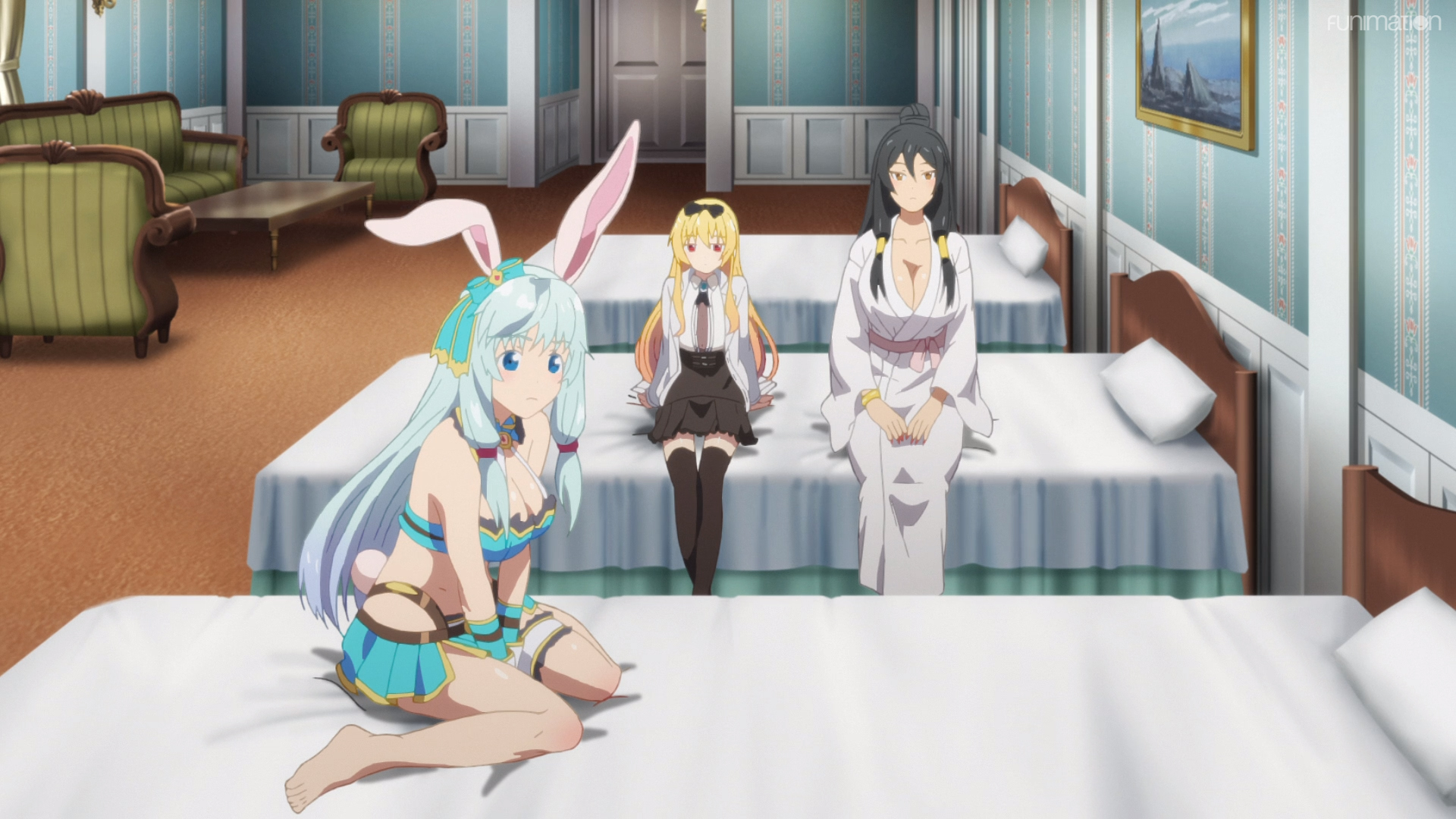 The series is animated by White Fox and Asread, and to say it’s a little rough would be an understatement. While the character designs are fairly interesting, the series is massively hampered by very static and underwhelming action scenes and some very poor 3D CG, which is perhaps some of the worst I have ever seen in modern anime. All of the monsters in the show have an awkward plasticky look to them, with low-poly models and jerky animations, while computer-generated effects, such as explosions, are very flat and feel noticeably out of place with the rest of the show. While I’m used to having ropey CG in anime, this just does not look good at all, and frankly I expected better from a studio known for fantasy action shows such as Re:Zero, Goblin Slayer and Akame ga Kill. The early episodes in the labyrinth are also rather on the dark side, which seems like it has been used to mask the CG a bit and try to blend it in, but it can make it difficult to see what is going on. 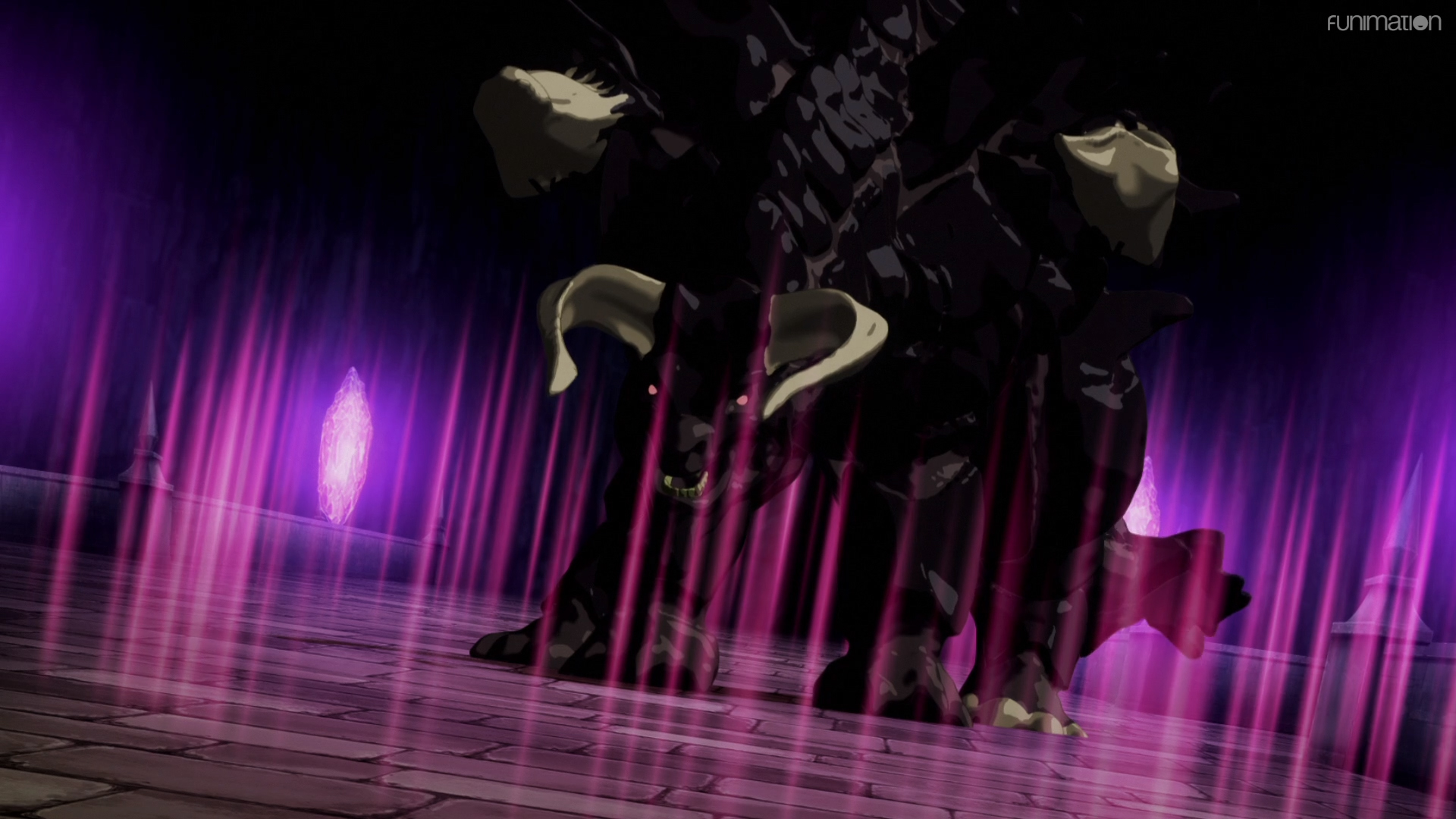 Ryo Takahashi of Void_Chords fame (most notable for the Princess Principal opening theme) provides the show’s music, which is generally passable with a few key recognisable melodies, however I found that it mostly tends to fade into the background and perhaps could have done with more tuning to the overall tone of the show. I am, however, really fond of the opening theme, “FLARE”, which is a proper jam, while the ending theme, “Hajime no Uta” by DracoVirgo, is also a pretty sweet way to close an episode.

The voice acting is pretty decent across the board, with both the Japanese and English dub offering some good performances that fit the characters well. I’m surprised at such a ropey show getting their hands on some high-profile Japanese talent, with both Youko Hikasa (who plays Tio) and Minoru Shiraishi (who plays Daisuke Hiyama) in the cast. Matt Shipman (Hajime) and Amande Lee (Shea) give fun performances in the English dub too. 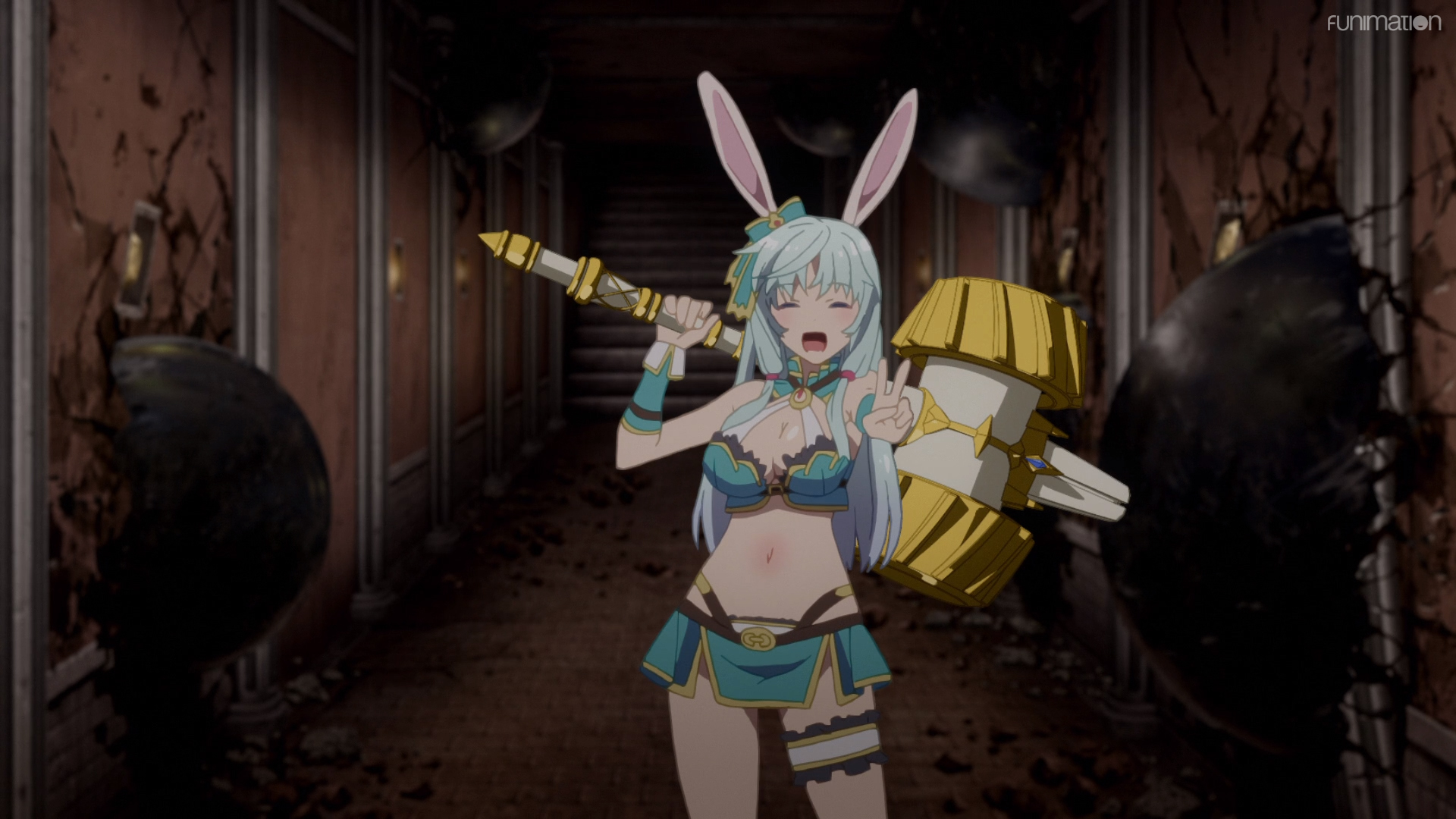 Manga Entertainment’s release of the series is available on both DVD and Blu-ray, with the latter also offering a limited edition that includes an art book, enamel pins, art cards and stickers as physical bonuses. On the discs you get all 13 episodes in Japanese and English with Japanese subtitles, along with textless opening and ending animations, trailers and promotional videos, a picture drama, and the two OVAs. While it is nice to see them included as extras, the OVAs are very simple recaps of the series with some extra character details, which is a bit of a missed opportunity for producing extra content. 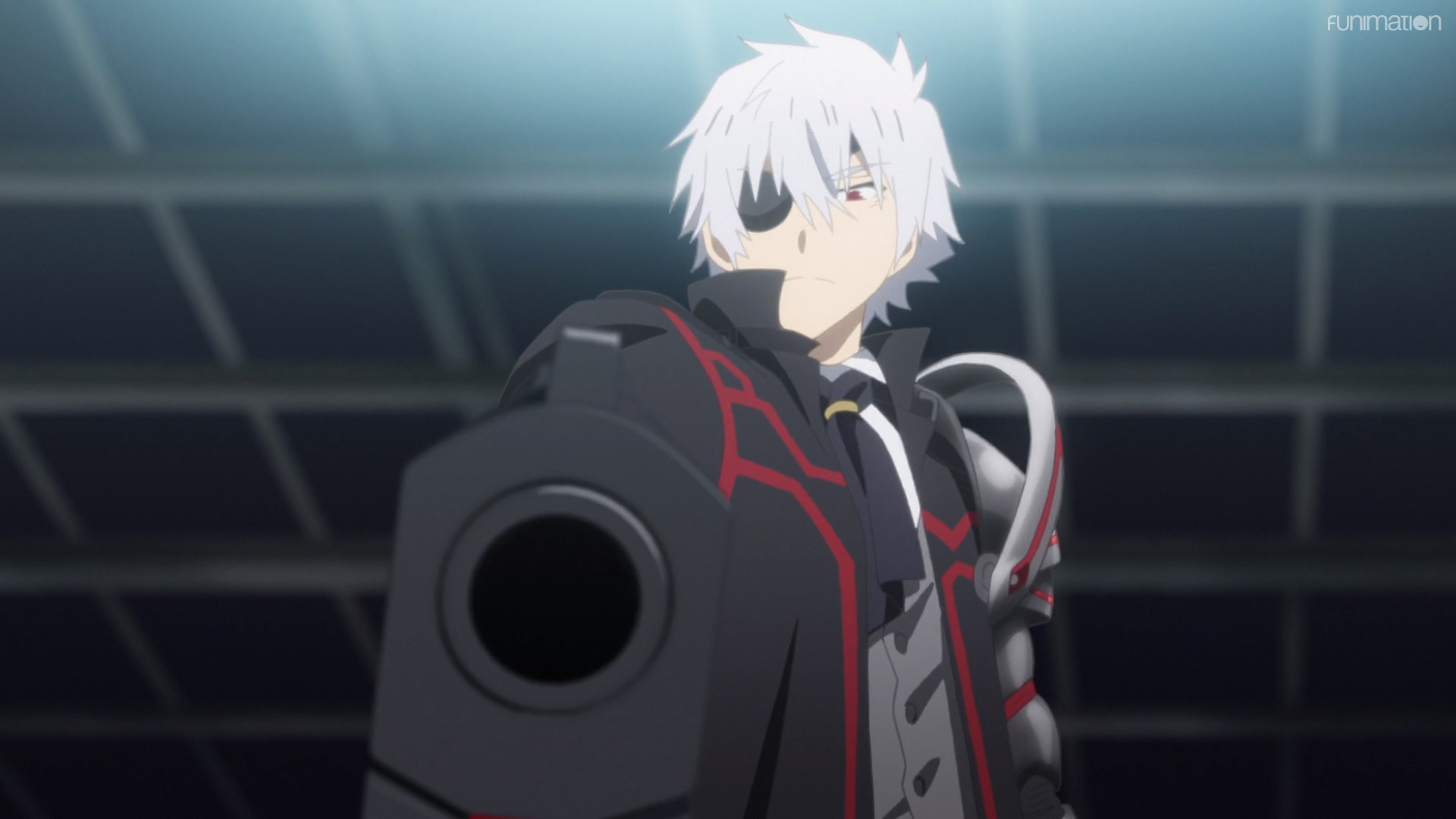 Overall, Arifureta: From Commonplace to World’s Strongest is an isekai series that has some nice ideas within its story, but often finds itself overwhelmed by its horniness, with some very creepy and off-putting romantic and sexual elements, and is severely hamstrung by its very poor production values, with some of the worst CG I have seen in modern anime. That alone makes this difficult to recommend, but when there are plenty of shows that have a very similar concept but with much better execution, for example That Time I Got Reincarnated as a Slime or the currently airing I’m A Spider, So What?, it’s really hard to see why anyone would watch this unless they were a fan of the original light novel. 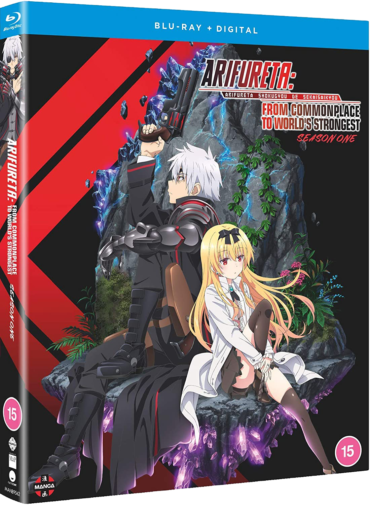