Ito won the “Best U.S. Edition of International Material – Asia” category, the only category solely devoted to manga, Korean manhwa etc. for his sci-fi horror Remina (published by Viz Media). Also nominated were I Had That Same Dream Again, I Wish I Could Say “Thank You”, A Journal Of My Father, Ping Pong and Spy x Family.

Ito was the only person from the world of manga to win on the night. Ayami Kazama’s I Don’t Know How to Give Birth! (Yen Press) lost in the “Best Graphic Memoir” to The Loneliness of the Long-Distance Cartoonist, while Deron Bennett, who was up for “Best Lettering” for his work on, among other titles, Ping Pong, lost to Stan Sakai, creator of long-running furry samurai comic Usagi Yojimbo and the big winner on the night as he also won “Best Continuing Series” and “Best Graphic Album – Reprint”.

There is still some manga interest left in the awards, as Moto Hagio is one of the nominees for the Eisner Award Hall of Fame. 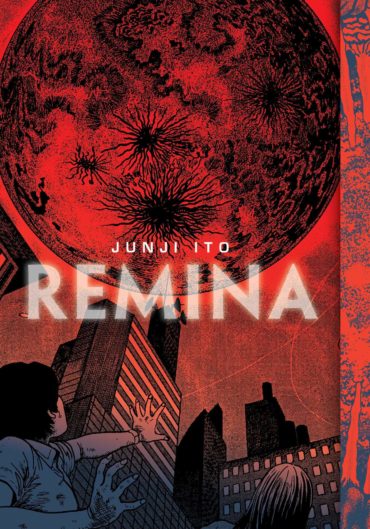 Terror-Cotta have officially confirmed the release date for the anime adaptation of Gyo is the 03rd of September and along with the release date they have sent a UK trailer – one which reveals far less than the original Japanese one and works far better. Here are the details and the trailer: GYO: TOKYO FISH … Continued

Hold on to your hats anime fans, Terror-Cotta has just sent information on one of the hottest anime titles coming out in the UK this year! GYO: TOKYO FISH ATTACK Giant, killer fish attack Tokyo! Release Date: 03rd September 2012 Synopsis The story centres around Kaori who is visiting Okinawa and its beautiful beaches with … Continued