What Even Is Love?

Miyano (first year) is still hanging out with his senpai Sasaki (third year) and sharing his enthusiasm for BL with him, all the while insisting (rather too loudly to convince anyone) that he likes girls and doesn’t want to see BL happening in real life, especially not to him. But then Miyano happens to bump into Nao Makimura, an old junior high contemporary (and onetime crush). She’s buying materials for her school’s art club and straight out asks Miyano to model for her. Even though Miyano’s pleased to see her, talking with her stirs up memories that he would rather forget, especially how he was teased at junior high for looking ‘girly’. They’re about to compare hand sizes (Miyano determined to show her how much he’s grown and become much more manly since then) when Sasaki appears and grabs Miyano by the wrist with the single word, “No” before dragging Miyano away. Not before we, the readers, have been shown a singular and striking expression on Sasaki’s face that we haven’t seen before. How is the easy-going Sasaki going to explain this instinctive and possessive reaction to Miyano?

Meanwhile the annual Cultural Festival is drawing near at Miyano’s all-boys school and there’s to be a ‘drag contest’. Miyano (on the school disciplinary committee) finds himself nominated by his class to dress up as a girl for the contest. (Why, he wonders, do boys’ schools keep doing BL stuff like this, anyway?) At least his classmate and friend Kuresawa (the one constantly reminding everyone how devoted he is to his girlfriend) is also going to cosplay alongside him – and Miyano has been reassured by the president Hanzawa that his costume won’t be ‘too girly’ – although there will be a wig and make-up. But what will Sasaki make of this? How will he feel when he sees Miyano in costume and wig?

In the history of slow-burn ‘will they, won’t they?’ BL relationships, Sasaki and Miyano must be close to taking the prize for the longest drawn-out – and therein lies its charm (and no, I’m not including Sekaiichi Hatsukoi/The World’s Greatest First Love in this, in case you’re wondering). But what a slow burn! Shou Harusono’s skill in conveying this through her art (and mostly 4-koma pages) has grown along with her graphic talents. The two moments when Sasaki loses his self-control and reveals his true feelings – especially the second time – are illustrated with striking double-page spreads. The first time, as Miyano is chatting with Makimura, the regular panels are slashed into shards, each one revealing the expressions and reactions of the three, with the main focus on Sasaki. The second time, in the final chapter of this volume, four pages of much larger images give us intense close-ups of first Sasaki and then Miyano. After seeing that kind of expression on Sasaki’s face, Miyano is never going to be able to carry on denying what’s happening between them – but we’ll have to wait for Volume 5 to find out how he responds! After the tensions of Chapter 23 ‘Losing It’, the volume concludes with two light-hearted, teasing bonus chapters, one continuing the glimpses of Hirano and Kagiura’s life as dorm roommates (there’s a novel and two volumes of manga for these two available in Japan). There’s also the cute seasonal ‘A Little Something about Halloween’, a special from the CD. Cat ears and pumpkin glasses play a part…

Back in the day, Sasaki and Miyano would have been described in the West as shonen-ai in that it’s all about feelings and suitable for a wider age-group, as it avoids any explicit depictions of sex, unlike yaoi. Thus far. Now we just use Boys’ Love/BL as an umbrella term and rely on the publisher’s age rating, which in this series is Teen. And this means that readers of similar age to the protagonists can read this series, which is all good as the way Miyano puzzles over his feelings and tries to make sense of what’s going is very relatable for anyone who’s ever been a teenager.

The soft rosy light suffusing the cover art and the pink lettering give off a very different vibe to past covers and continues inside, bathing the 4-koma colour page in a warm glow; the full-page image on the reverse side is more autumnal (perhaps to match the CD special). This colour choice reflects the change in feelings, perhaps, between Sasaki and Miyano – a gradual growing closer as their friendship deepens into something else which both of them hesitate to put a name to.

The translation for Yen Press is by Leighann Harvey and continues to convey the conversational feel of the dialogue well. As before, there’s a section of Translator’s Notes, including explanations for localizing terms like fudanshi as ‘fanboy’ etc. Lettering from DK emphasizes the changes in tone and emotions very effectively. 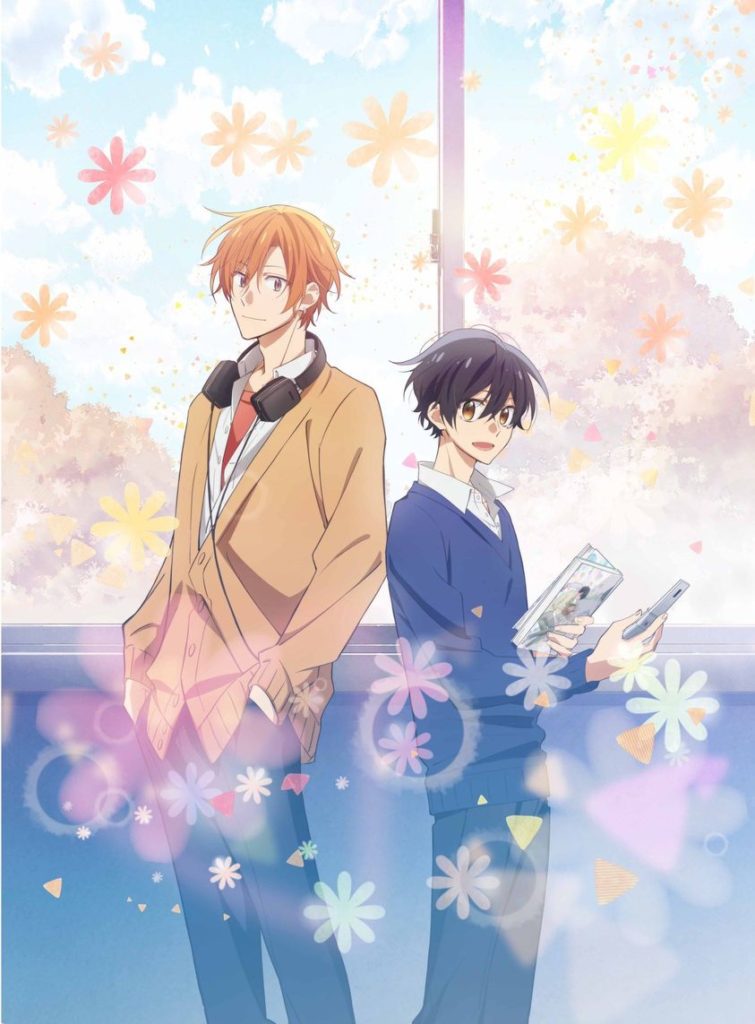 Sasaki and Miyano is ongoing in Japan at seven volumes so far – however, with the TV anime series imminent in early 2022, senpai Sasaki and his kouhai Miyano will soon become even more widely known (the TV anime effect!). I’m hoping that this likable series will get as sympathetic an anime adaptation as Memeco Arii’s Hitorijime My Hero and Kanna Kii’s Seaside Stranger. 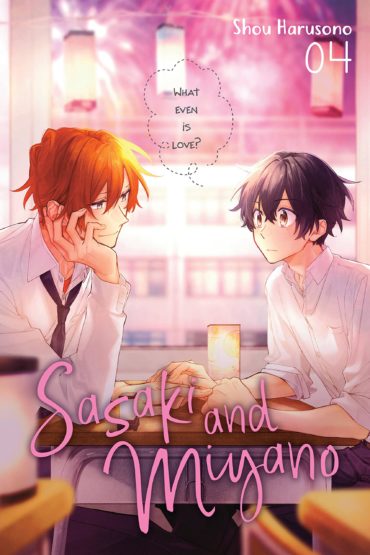