Spoilers ahead if you haven’t read Volumes 1-7!

“Silver Eve is held in Ezrest, the Crown City of the Zozan Peninsula. Think of it like a great fair. A place for witches to demonstrate their magic!” Qifrey to Coco.

Coco and her fellow apprentices are beside themselves with excitement at the thought of taking part in the upcoming Silver Eve Festival in Ezrest, especially after young Tartah (from Kahln) starts visiting frequently to discuss plans. (Or is it just Coco he’s interested in making plans with? Their friendship has been deepening ever since they spent time helping Custas, the travelling minstrel boy who lost the use of his legs when the river flooded its banks.) The festival is a showcase for witches to display their skills and new spells and each young apprentice busies herself to devise something to demonstrate; even Olruggio is hard at work on a new project. Qifrey opens a portal to link the atelier and the town so the young witches can pass to and fro safely without encountering any dangers on the open road.

When Tartah and Coco visit Custas, he tells Coco that Tartah’s been teaching him about plants. Although his ebullient personality still shows a brave, carefree front, Coco soon realizes how frustrated he is by his injuries. He’s had to fend for himself all his life, even after travelling musician Dagda rescued him from the streets and though he’s been given a chair that walks to get around in (not unlike Master Beldaruit’s) he’s burning up with resentment. “You two have it easy. Your future’s set ’cause you’re witches,” he tells them. Coco is so overwhelmed with sympathy that she almost blurts out the secret she must hide from the world to reassure him but her sympathetic response provokes a terrifying outburst from Custas. “The whole world’s against me. And now I gotta make my way through it on these stupid brittle legs of wood!” Shaken by the vehemence of his reaction, Coco and Tartah resolve to try to create a new magical mobility aid for him to free him from the chair – and succeed with the Wingcloak! Now Custas can accompany Dagda on his travels again. But who’s watching them as they set off into the wild? 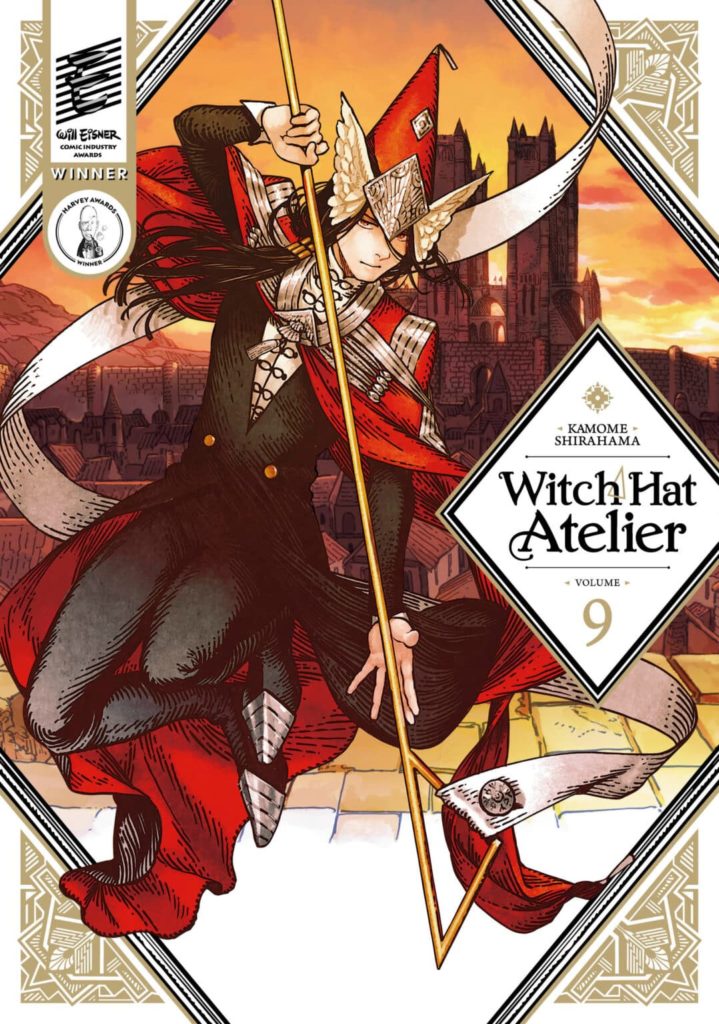 And the four-day Silver Eve Festival begins! The city of Ezrest is thronged with witches and festival-goers, and Qifrey’s four apprentices can hardly wait to join and demonstrate their specially devised spells. But all is far from calm; there seems to be dissension among the rulers of the five kingdoms who have gathered at the royal court – and the Knights Moralis are out in force, searching for miscreants in the crowds. To top it all, the young prince has run away from the palace.

Coco’s Wingcloak is a great success with festival-goers thrilled with the experience of flying. But an encounter with a little girl who bursts into tears on being reminded that she’ll never be able to do magic because she hasn’t been born a witch brings back bitter memories for Coco. Upset, she leaves the festival, accompanied by Tartah who tries to comfort her. Far from the crowds, they’re alone and vulnerable, unaware as they talk together about the unfairness of the magic system that they’ve been shadowed – when they’re suddenly ambushed.

Ever since Coco encountered Custas again (she saved his life during the flood) Witch Hat Atelier has begun to touch on darker issues. Custas’s resentment at having lost the ability to walk simmers throughout the chapters in Volume 8 but explodes in fury in Volume 9. Mangaka Kamome Shirahame also expands the world that Coco and her friends inhabit by introducing us to many new powerful characters in Volume 9 at the court of the charismatic King Deanreldy. We’ve already met Beldaruit the Wise, Qifrey’s teacher at the Great Hall; to see him with his peers (the Three Wise) sheds a new light on his role in witch society and his quirky yet benevolent personality – and we also witness political machinations that till now we were unaware of.

We know now that this imaginative fantasy manga is being adapted to anime – but, given the detailed world-building that the mangaka has poured into it and the beautiful drawings she has lavished so much care and skill upon, I suspect that I’ll always turn to the original manga first and foremost. It still evokes the illustrations of that golden age of children’s literature for me: Ernest Shepard and H.R. Millar, while at the same time triumphantly asserting its own unique style. 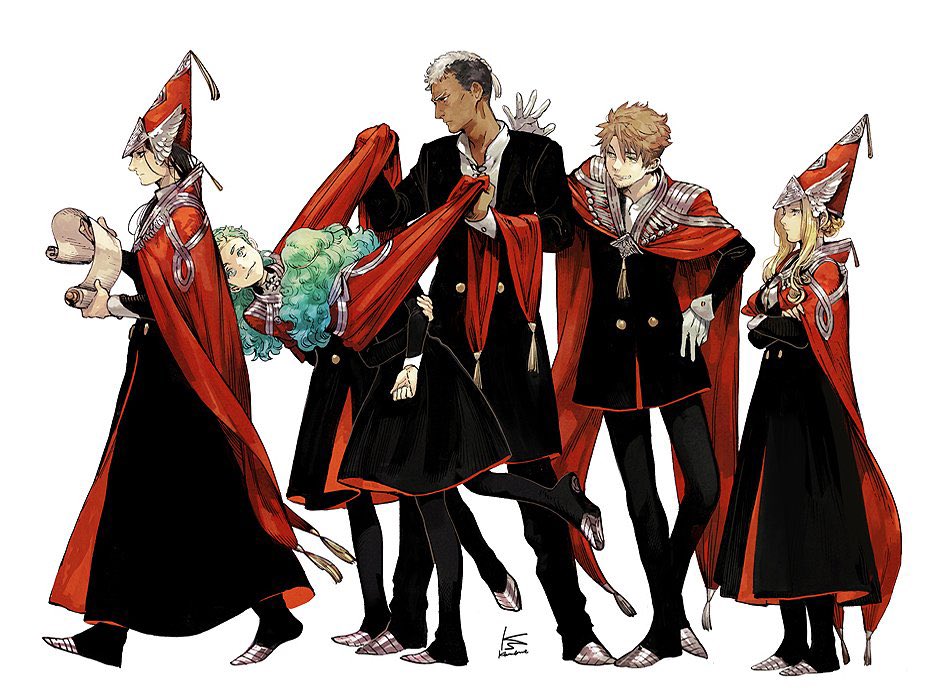 It’s great, too, for fans of the Knights Moralis (and I’m one!) to see them playing a significant role in the festival in Volume 9. This leads to a chapter about one of the Knights Moralis, Luluci, which has a trigger warning as it includes ‘a discussion of sexual abuse and victim blaming’ and the mangaka (and perhaps her editors) decided, given the wide age-range of her readers, that it might prove disturbing. The chapter can be skipped completely and the page number at which the main story continues is given.

Quibbles? There’s a slight risk in the introduction of so many new characters and agendas at King Deanreldy’s court in Volume 9 that we lose sight of the story’s main focus: Coco. I felt that we didn’t need to meet all these people yet and their politicizing could have been briefly hinted at, rather than explored in such detail. But it’s a minor quibble and there’s so much else to hold the attention. It’s fun, too, to note the placement of certain items that might seem to be incidental details at this stage but will almost certainly pay off in the next chapters!

Again, Kamome Shirahama provides attractive extras at the end of Volume 8: a bonus chapter and a page dedicated to The Cloaks of Witch Hat. But Volume 9 rightly ends on such a dark and perilous note that no charming bonus would have been appropriate; only a one-page trailer for the next volume is included. (Having said that, much earlier on, there’s a delightful double-page ‘Ezrest Board Game’ with cute chibi figures of the main characters explaining how it works.) 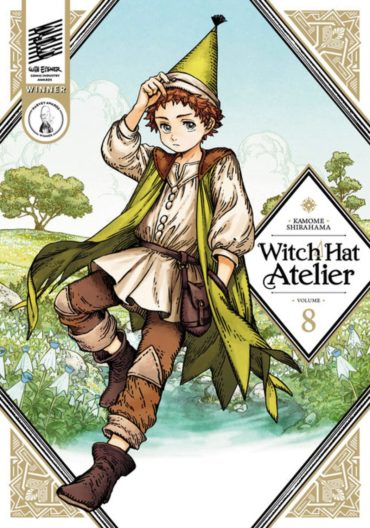