‘Geralt is faced with difficult moral choices while battling a variety of yōkai and oni, creatures inspired by Japanese myths. Each encounter drops a clue in his desperate search for a mysterious apparition known as the Lady of Snow, yuki onna, for she is the key to who Geralt seeks, but finding her won’t be easy…’

‘Based on the rich traditions of Japanese folklore’ says the blurb but nowadays, many readers in the West are already familiar with yōkai (kappa, tengu etc.) and yuki onna (snow women) because of the current popularity of manga and anime. This does exactly what it says on the tin. Geralt, the titular witcher from Andrej Sapkowski’s fantasy epic is in ‘a new world inspired by Edo-period Japan’ where (presumably because magic) everyone seems to understand each other even though he’s come from Somewhere Else. ‘Each encounter drops a clue in his desperate search for a mysterious apparition known as the Lady of the Snow.’ And that’s just about it. Geralt meets some kappa, falls out with the locals, has a long chat with a sort-of dragon (tatsu) that tells him to look for yuki onna, glimpses the yuki onna up the mountain (a frozen man is a good clue that he’s getting close) – is then advised to find a tengu at the top of the mountain, and so on and so on through a representative sample of the best-known creatures of Japanese folklore.

There are several detailed pages at the end of this volume from Matthew Meyer’s books/website describing each of the mythological creatures Geralt encounters in a section entitled Bestiary. (US writer Matthew Meyer is known as the Yokai Guy because he’s compiled a website and published books about Japanese folklore creatures!)

I’ve quoted the publisher’s blurb – something I very rarely do – as I feel a little deceived by what’s going on here with this ‘manga’ spin-off from Sapkowski’s popular fantasy novels/TV series/graphic novels: The Witcher. First of all, I was surprised to see that even though it reads from right to left, this Dark Horse Manga release comes in a traditional US comic-book size, the kind usually allocated to Marvel and DC Comics, and feels a little flimsy. Top marks to Jen Bartel for the beautiful cover art. That was the first thing to deceive me – because another artist (mangaka?) Hataya has drawn the comic inside and their style is very different. Gloss pages with a limited colour palette can be very effective – yet here it’s rather drab and dull after the first few pages, which could be attributed to the wintry setting. But it’s the story which is such a let-down. If you’re not familiar with Japanese monster lore: yokai, yuki onna, etc. it might well be fresh and exciting to see Geralt encounter these creatures. The lacklustre dialogue switches between contemporary grimdark sweary and portentous supernatural-speak and the gears grind each time. This is a little disappointing because the story, it turns out, is by Rafal Jaki, ‘exec producer and showrunner for Cyberpunk: Edgerunners’ (one of this year’s popular anime on Netflix, a Polish/Japanese production).

I can’t honestly recommend this to manga readers already well versed in yokai folklore – although if you’re interested in The Witcher spinoffery, then that’s a different matter. If you’re new to the world of kappa, tengu and nekomata, then you might well find this diverting – but the story never really transcends the ‘Geralt meets the yokai of the day’ format. I suspect this is intended for the casual reader who’s happy to follow Geralt on a quest-style adventure through different mythologies which involve having to confront or consult the monsters of each country he passes through in order to achieve his goal. The creatures of myth and folklore are there to provide a little local colour or some mild peril – but it’s difficult to get involved with Geralt or his quest as it never feels as if he’s in real danger. If you’re already well-versed in Japanese folklore, I suspect you’ll find this unsatisfying, as I did. But then, I’m probably not the target reader – even though I really love the cover art! 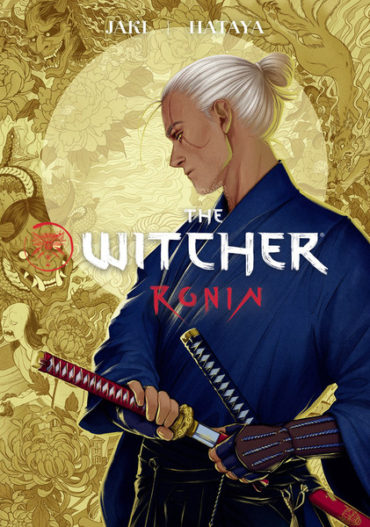