Let’s start off with the Q&A segments that they spoke about. We omitted this from the Day 1 news post but there’s some that we’ll cover on here as well:

Jeremy Graves’ Birthday was also today (28th May) so we wish him a happy birthday! It’s a shame that his surprise didn’t turn out to be a license for Tiger Mask W as he’s a huge fan of wrestling. But hey we got to witness him dance at least.

In addition anime will be returning to UK television with the Viceland channel on Sky 153 and NOWTV. So far only Eureka Seven and both seasons of Tokyo Ghoul will be shown. Audio options are not announced at this time, though its likely to be dubbed.

But there’s still more! They have unveiled news for two new licenses.

Hyouka will be coming to the UK on Blu-ray and DVD starting with Part 1 due this Q3 2017 (July-September). The Blu-ray will be available as a collector’s edition also. The show has been in a state of limbo from Kadokawa for quite a long time now but it’s now free for licensing. The series will come with both an English dub as well as Japanese audio with English subtitles. You can check out the English dub over on Funimation.

Wolf’s Rain returns to the UK on Blu-ray (DVD not mentioned at this time) due for Q4 2017. The series will be available as a collector’s edition complete series set. Wolf’s Rain was one of the many titles Bandai and Beez released before they went bankrupt so it’s great to see the title return to print. The show will include both the English dub and Japanese audio with English subtitles. It’s worth noting that Japan never released the series on Blu-ray but Funimation made their own in-house master (Standard Definition Upscale). Reports have said that it’s fairly good. You can check out the Japanese language version over on Viewster.

Last but not least we also received some information regarding ERASED (Boku Dake ga Inai Machi). Part 1’s release is currently set for Q3 2017 with 6 episodes as well as a 92 page booklet from the Japanese releases. They can’t get access to the Original Soundtrack and Manga that Aniplex of America have included in their release. The series will include the English dub and Japanese audio with English subtitles. The SRP will also be £39.99 for both parts each.

That’s it for the Anime Limited news, we figured that last year’s MCM announcements were at their peak but to be fair they had a lot on their backlog. Here is a list of every title they currently have in their possession that has yet to be released: 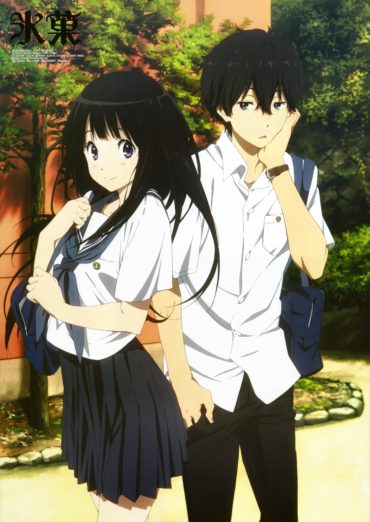