GATE, or to give it its full title, GATE: Thus the Japanese Self-Defense Force Fought There, started off life as a series of light novels written by Takumi Yanai before being adapted into a manga, then finally the 24-episode anime we’re here to talk about. The show’s main premise is that a gate leading to a fantasy world of elves, dragons, magic and all that jazz opens up in the middle of Japan and an army of other-worldly creatures pours out and attacks. The Japanese army manages to repel them, and then of course they send a large platoon of JSDF soldiers, tanks and other vehicles through the gate to retaliate. This is the part of the show that was really interesting to me, even more so when, early in Episode 2, a large army on horseback is wiped out by mortar fire, which makes sense – then the JSDF have to contend with a dragon with thick, armour-like skin. It’s these weird mish-mash battles that deliver the more interesting and unique aspects of the show. 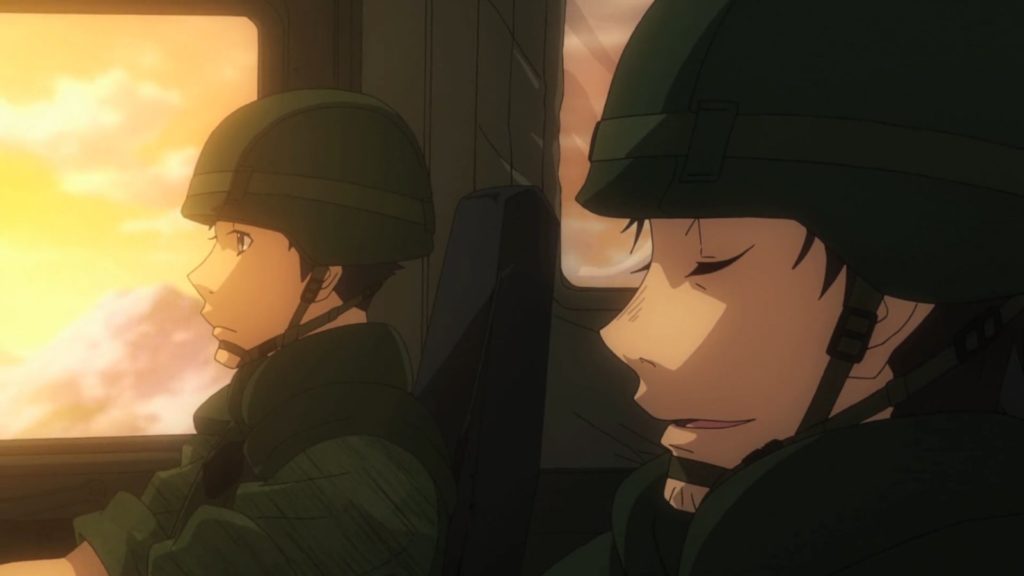 The lead protagonist is Yoji Itami, a self-confessed otaku who is also a lieutenant in the JSDF. Now when I say otaku, I mean in Episode 1 the 33-year-old gets caught up in the first Gate opening invasion on his way to a doujin convention, and throughout the series there are multiple references to anime and Japanese pop culture, no matter which language you listen to (the episode I watched in English to try out the dub had Yoji and another soldier mention catgirls and the old “my waifu” meme…) All this aside, Yoji is a capable soldier and is shown to make wise decisions on the battlefield, so it’s not all laughs. That being said, he does soon amass a harem of girls all pining for his affection, which, unlike the show’s central premise, is on the rather predictable side of the scale. Pina Co Lada (yes, not the most subtle pun ever!) is a Princess of the classic big medieval-ish Empire from the other side of the gate, Tuka Luna Marceau is a High Elf who is often too shy to admit her feelings, Lelei La Lelena is a witch who sides with the JSDF and, yes, has a thing for Itami, and finally Rory Mercury is a demigoddess who also sides with the Japanese force and falls for Itami (and makes the sides even more unbalanced!)

There are also plenty of other characters throughout the show, from other JSDF soldiers (including Takeo Kurata, who, believe it or not, is even more of an otaku than Yoji, which means we still get the nerdy gag side-character despite our lead leaning that way as well…) to other fantasy tropes like evil princes and warrior queens. The show, it has to be said, does deal with some pretty strong themes. In amongst the harem scenes and many, many jokes when characters from the other world come to modern Japan and try things they don’t know about, there are scenes of slaughter, sex slavery and even some vague jabs at modern politics. It’s to the show’s credit that it does manage to balance these two extremes well throughout the run-time. 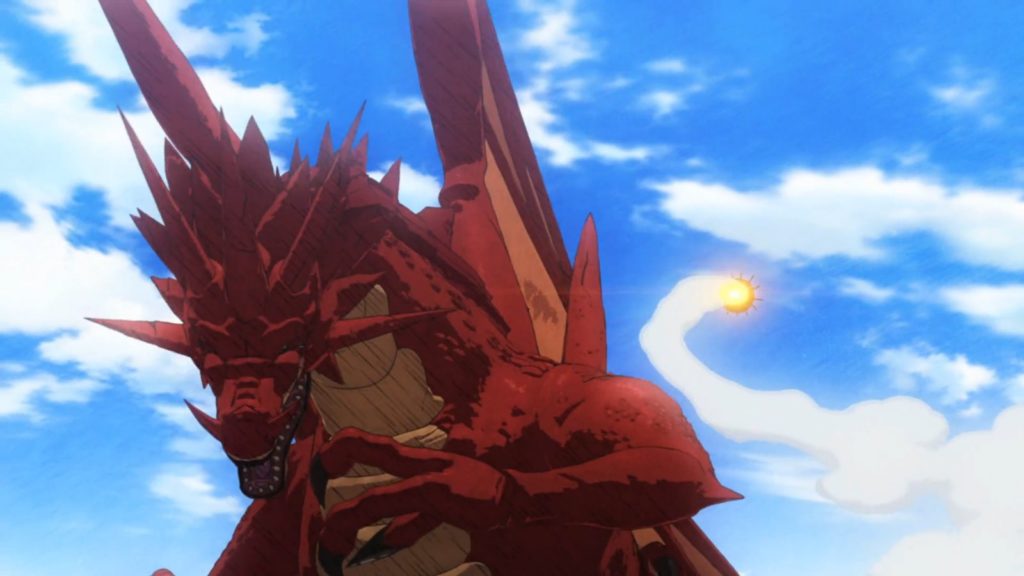 Now, to address the elephant in the room: is GATE a tool to make the Japanese military look cool to kids? That’s a hard question to answer. It certainly goes out of its way to portray the JSDF as realistically as possible: correct uniforms, real guns and vehicles, correct military lingo and strategy (although I doubt a correct military strategy is in place for potential dragon attacks…), and the overall impression you get is definitely that the Japanese army are always in the right, and the politicians and other countries are bumbling fools. I mean we get several scenes involving the US, Russia and China that make them out to be complete imbeciles (especially America…) while we have many scenes of the JSDF helping the innocents to take down corrupt regimes in the fantasy world and it never lingers on the fact they mow down countless mounted troops armed only with swords. Then we get to the most damning evidence: the real JSDF have used characters from this show in their legit recruitment posters, so… even if it wasn’t Takumi Yanai’s intention for his story to be straight-up recruitment propaganda, that’s how it ended up after the anime adaptation gained popularity.

It’s a shame, because the show is good and has a fairly unique premise (even if it has some rather un-unique aspects as well), but you do, now and again, get an uncomfortable feeling watching scenes and imagining some legit military man rubbing his hands in glee at how powerful, unstoppable and cool the JSDF is. 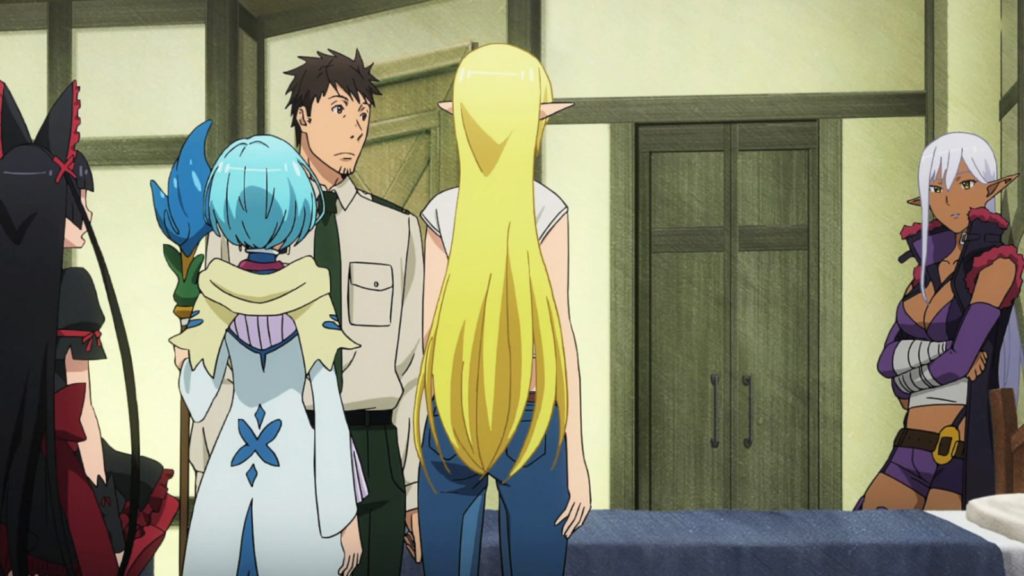 Both the original dub and the English dub are fine, though it does seem like the writers from the English version took the idea that the central character is an anime fan to mean they could go crazy with the references (based off of what little I saw in the grand scheme, admittedly). The animation and soundtrack are just… there. I can’t say, beyond some occasionally poor CG dragons and other large monsters popping out like a sore thumb, that it was ever bad, or indeed amazing.

GATE ran for two twelve-episode seasons, both of which are included in this set, as well as some art cards and a booklet. Also included on-disc are clean versions of both of the openings and endings, an “animated comic” and some Japanese promos. Speaking of the openings and endings, they are “Gate (It Looks Like the Dawn)” for Episodes 1-12 and “Gate II (Go Beyond the World ), both by Kishida Kyoudan & The Akeboshi Rockets, while the endings are “Prism Communicate” and “Always Communication” split across the same 12-episode chunks, and both sung by voice actors Hisako Kanemoto, Nao Toyama, and Risa Taneda. 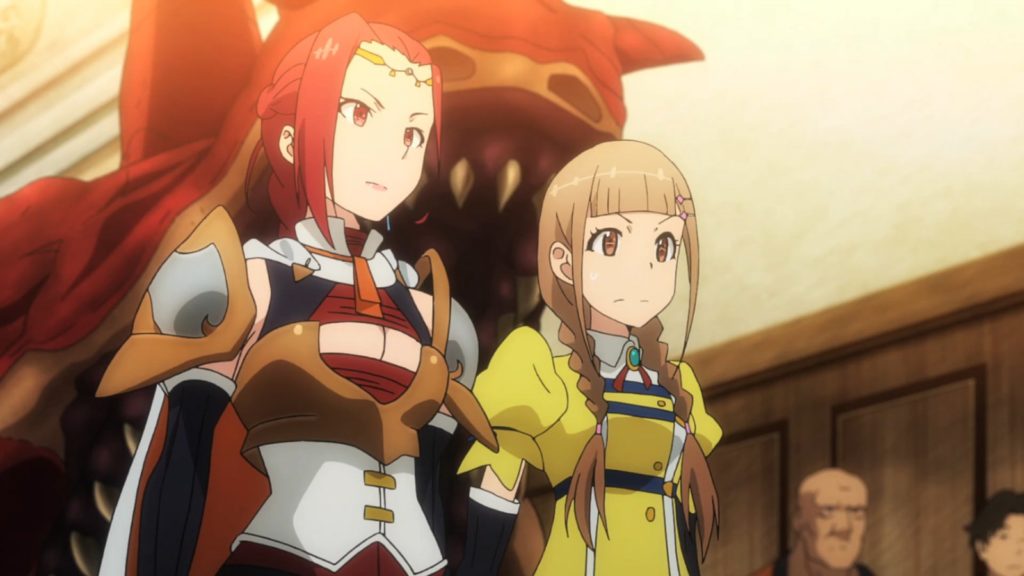 So, recommendation time, do I think you should watch GATE? I think that depends on how insulted you are by the idea of such a nationalistic viewpoint. If you’re easily offended by seeing such a strong pull towards one country being great above all others, or the idea that being in the army is “cool”, then you’ll be turning this off after the first few episodes. If you can separate reality from the fiction and just enjoy it, then enjoy it you will, because it has a fun, if not very original, cast of characters and a storyline that mostly successfully blends humour and drama very well. GATE isn’t going to blow your socks off one way or another, but it’s enjoyable for what it is. 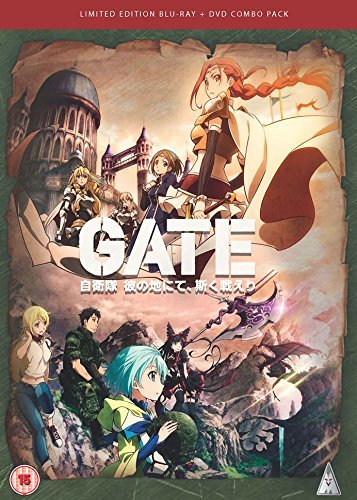 Generic, lifeless and paint-by-numbers, Undefeated Bahamut Chronicle fails to stand out amongst the crowd.