Long ago, in the distant past, an epic catastrophe known as Invertia occurred, causing a complete shift in the balance of power across the globe. A group arose from the ashes of the old, called the Integrated Enterprise Foundation, alongside a new breed of humans, the Genestella, who were born with amazing physical skills, and the course of history was changed forever. In the present day, a student by the name of Ayato Amagiri transfers into one of the six most elite schools for Genestella students in the world, Seidoukan Academy, where pupils must learn to control their powers and duel each other in entertainment battles known as festas. Ayato gets off to a bad start when an act of kindness lands him in trouble with Julis-Alexia von Riessfeld, the princess of Lieseltania, who challenges him to a duel. Despite getting off on the wrong foot, the pair eventually form a friendship, as Ayato attempts to locate his missing sister, an ex-student at the school who has mysteriously vanished. 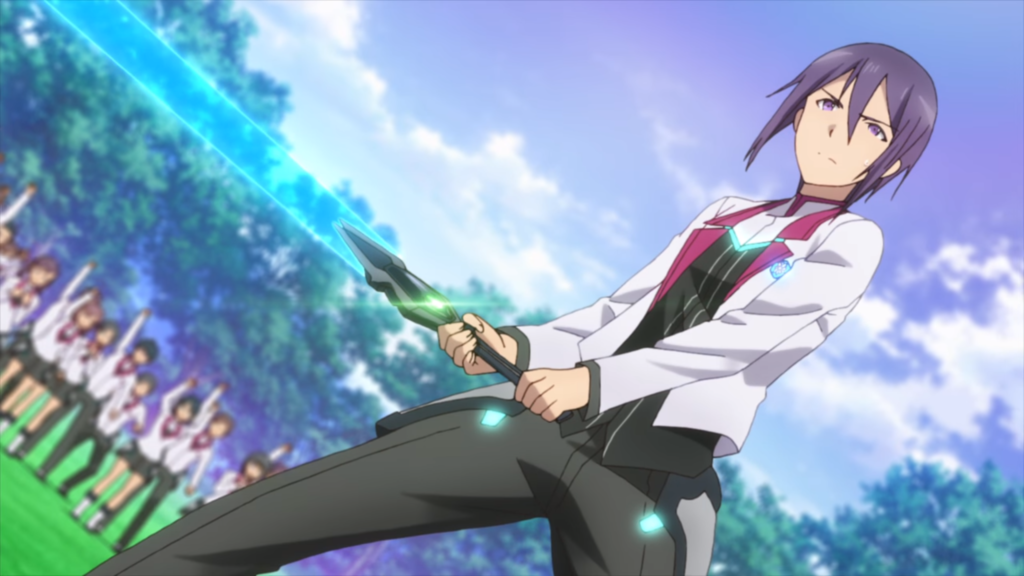 Before watching The Asterisk War, I had heard a lot of buzz about it being the next Sword Art Online, and it’s not hard to see why. From the science fantasy setting to the well rounded harem, there is certainly a fair amount in common between the two, with director Manabu Ono even managing to land the job of directing Sword Art Online: Alicization after his work on The Asterisk War. However, for all they have in common, there is also a fair amount that’s different too, both for better and for worse. 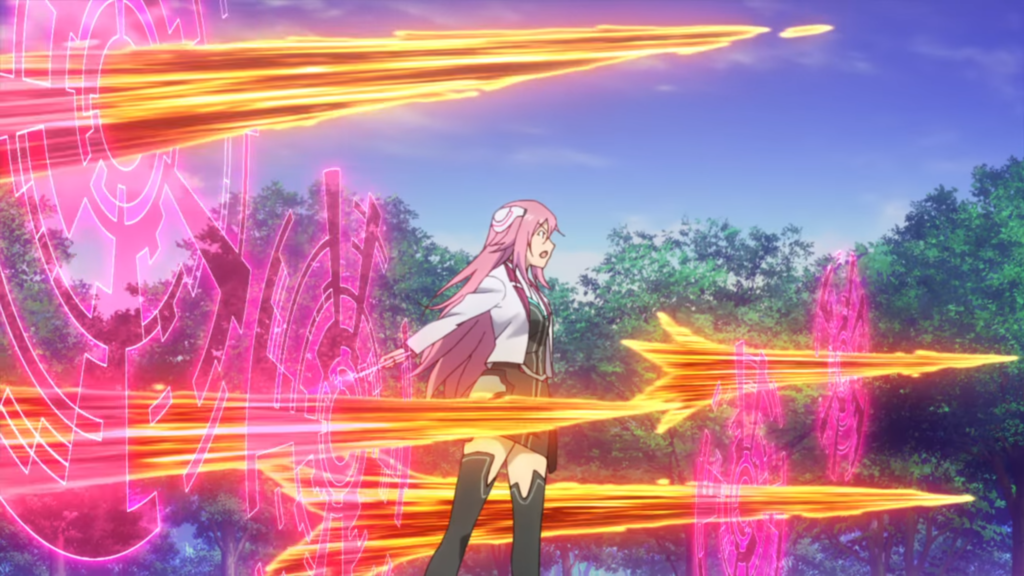 Probably the biggest difference between Asterisk War and its often compared counterpart, and by far the worst difference at that, would be the ecchi elements. This is a huge bugbear of mine, although some people like it for whatever reason, and if you do, more power to you, but the tacked on ecchi scenes were a massive turn-off for me. One of the first scenes you see of the protagonist Ayato is him walking in on the heroine, Julis, getting changed, which for my money is probably the biggest and most cringeworthy anime cliche in the book at this point, and it follows it up almost immediately with an accidental boob grab, just to put the cherry on the groan-worthy sundae. It creates such a bad first impression that it almost soured me on the entire series right from the get-go. Add to this the direction later on in the first episode, which I can only describe as what you’d expect from a teenage boy in heat, framing characters’ thighs and bust to take up the entirety of the shots, and to say that I was prepared for the worst would be an understatement. Luckily, despite rearing its ugly head a little in subsequent episodes, the lewdness is toned down substantially, and I’m glad it did too, or it might have taken away from the parts later on I really liked. 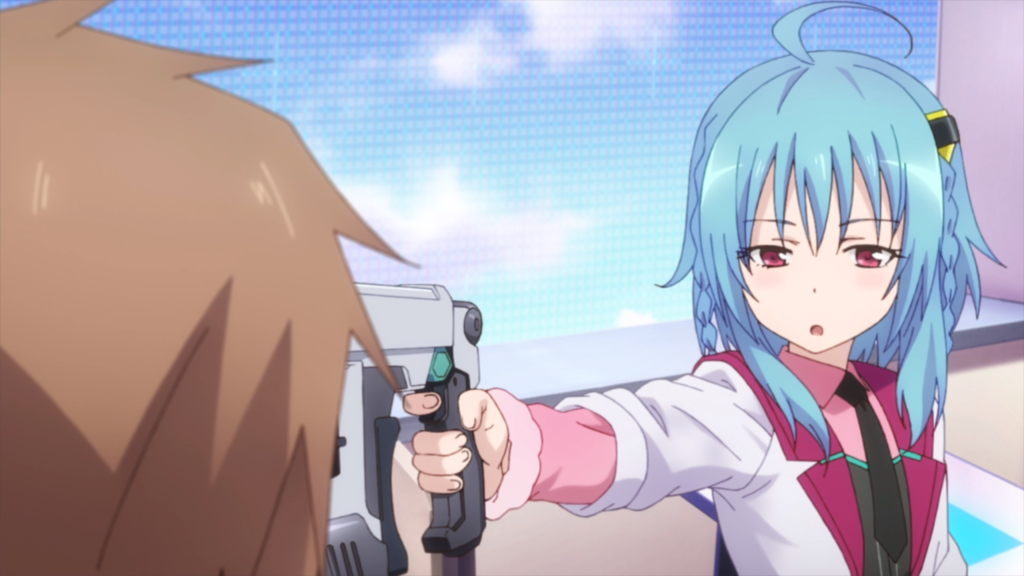 Drifting back to the Sword Art Online comparisons, when you take away the aesthetic and genre-based similarities, the biggest reason why you might call them similar is down to the cast and the group dynamic. By Episode 2, Ayato already has a pretty stocked harem, that only continues to grow as the series progresses, with all the girls vying for the attention of, to be blunt, an absurdly boring and generic light novel protagonist, who is generally likeable but kept bland enough to act as a clear self-insert character for the audience. Although it seems bad so far, it is down to the girls in said harem where the good parts of Asterisk War really start to shine through, being shockingly good, at least by the standards of its peers anyway. Whilst Julis does sit very comfortably in the upper class tsundere archetype, I’d struggle to box the others into categories quite as easily. Saya, Claudia and Kirin all feel rather unique, making them more memorable than your average forgettable group of girls, which is a rarity in this genre. My favourite amongst them would definitely be Saya, just for how quirky and weird she is, being very low energy yet still immensely enjoyable to watch. The only real complaint I have in terms of the cast is how little development they have, with Kirin being the only character who sees a real arc so far, but given there is a second season and the novels are ongoing, I can cut them some slack for that. 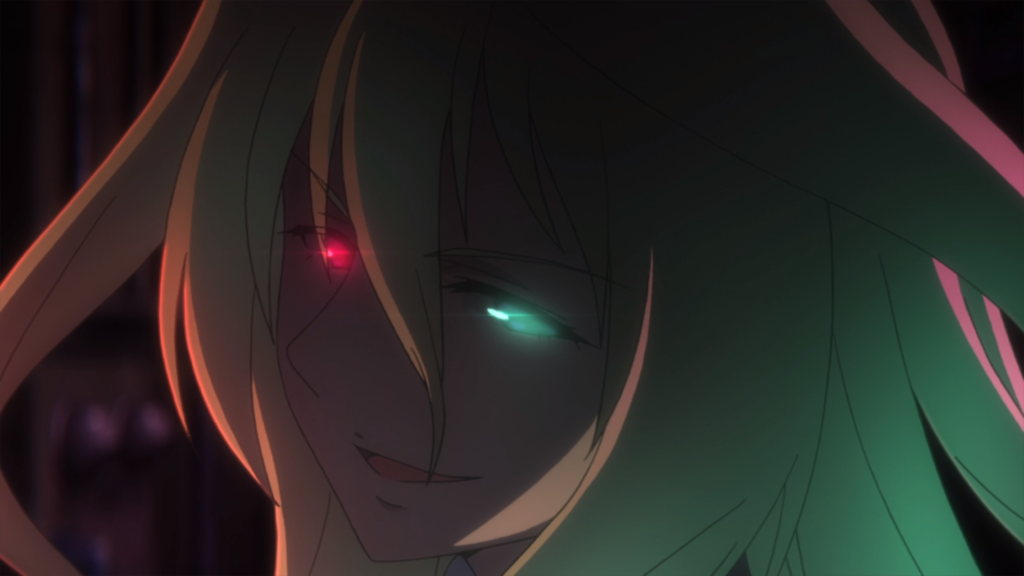 By far the main attraction, at least for me, would be in the series’ action sequences. The above average animation provided by A1-Pictures (Sword Art Online, Blue Exorcist, The Seven Deadly Sins) paired with quality direction courtesy of Manabu Ono (The Irregular at Magic High School, Horizon in the Middle of Nowhere) make the duels an absolute blast to watch. A variety of different weapons, from swords, guns, pseudo-magic and autonomous robots, make for a lot of variety in these sequences too, keeping things interesting. Although these scenes are rather sparse in the opening few episodes, with not much in the way of fighting, it does pick up as you get into the latter half, and it’s here that the show really hits its stride. Not content to rely solely on flashy spectacle, the story here is decent enough too, starting off with an initial mystery designed to hook people in, before quickly transitioning into a tried-and-true tournament-style arc. It’s nothing new, and certainly not something to write home about; but the attempts at world building by showing us how the various weapons work, the politics between the rival schools and the different powers of the Genestella keep things engaging, and that ever-present mystery keeps popping up here and there to remind you it exists, so hopefully there will be expansion upon that in the next season, and if the post-credits scene of Episode 12 is anything to go by, it will be. 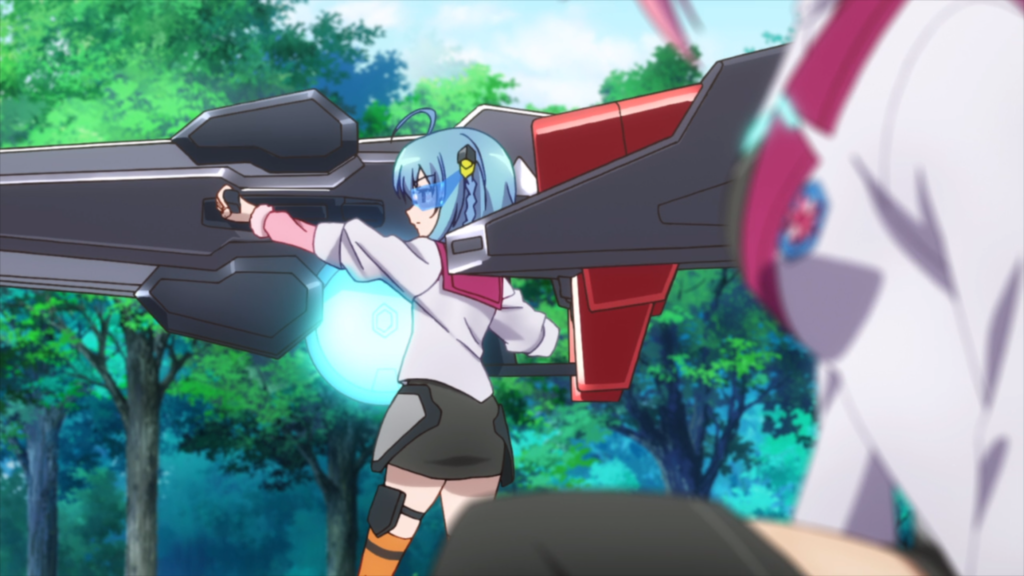 What The Asterisk War lacks in originality, it makes up for in execution, resulting in a highly entertaining and action-packed show, despite unnecessary and off-putting ecchi scenes. 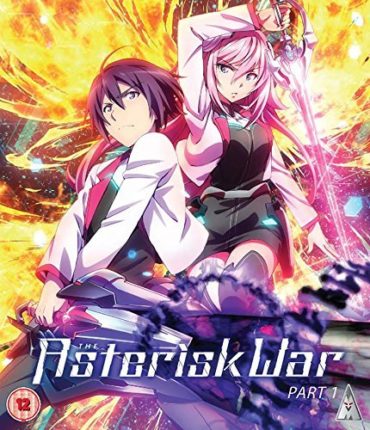 Horizon on the Middle of Nowhere

Plot Summary: In a distant future, Japan is divided into feudal territories, which have been conquered and are ruled by outside countries. The flying city-ship Musashi, which holds the remnants of the Japanese, is being targeted and has no choice but to keep its people safe by going to war. With the fate of the … Continued

GATE is a hard show to talk about without getting into nationalistic propaganda debates and general right- wing unpleasantness, but ignoring this argument for the time being, the show has some merit, not least its premise of a modern army fighting a bunch of races and animals from a typical fantasy land. Is there more good than bad, though?