UPDATE: Article has been updated with the addition of Shomin Sample which was a title that was briefly mentioned as ‘on-hold’ but wasn’t officially canned until we double-checked with them after this article was published.

Not long after we mentioned the cancellation for Riddle Story of Devil we have asked distributor Anime Limited about any more titles that also received the cancellation notice. The distributor’s Andy Hanley, aka the Hanners, has since confirmed to us that there have been more titles that will no longer be released for home video here in the United Kingdom & Ireland. Some of which were mentioned first on social media while the rest were sent to us directly via our discord.

Riddle Story of Devil, Ninja Slayer and Dimension W are the three titles which were delisted. ^AH

You will notice that all of these titles have also been released in the US by Funimation.

It’s shaping up to be another boring day for high school student Aoba Watase until a bright light appears in the sky and a giant robot attacks the city.

As the mechanical menace closes in on him, he’s saved by a classmate who’s piloting a mech of her own. After accepting a cryptic offer to join the alliance she’s a part of, Aoba is thrust into the future where a new world war threatens to tear the planet apart. With no other choice, Aoba must pick a side, learn to pilot a mech, and fight his way through an army of enemies as he tries to find a way back to the past he left behind.

In the year 3015, the country of Nil Kamui is entwined in a never-ending war between neighbouring countries Dontania and Kouran. Nil Kamui is caught in the middle of this struggle after having lost its independence when it’s guardian god known as Red Dragon went of out control and their monarchs passing away in the tragedy. But now to put an end to the rampage of the Red Dragon, a small group of unlikely allies band together to bring peace and restore order back to the world.

Kokonotsu “Coconuts” Shikada dreams of becoming a famous manga artist. The only problem—he’s terrible. His real talent is selling the complex and delicious snacks in his father’s “dagashi” shop. He never thought much about the family business until the trendy, eccentric Hotaru showed up. As a lover of “dagashi,” she can’t let his talent go to waste and decides she won’t stop ‘til she’s sold him on sweets.

When two people die at the same time, they’re sent to a place that’s neither heaven nor hell: a lavish bar between worlds where the stakes are high and the rules are simple: if you win you live again, if you die you’re gone for good.

Decim is the bartender charged with serving the souls who enter Quindecim. He may make a mean cocktail, but his true profession is to play the role of arbiter: a judge who determines whether or not a soul is worthy of reincarnation.

To aid in his judgment, the bar’s patrons are forced to play simple games laced with sadistic twists designed to bring their true natures to light. To Decim, judgment has always been black and white — that is until he meets a mysterious young woman whose fate seems impossible to decide. His indecision shakes the very foundation of the games and raises the biggest question of all: who is fit to judge the dead?

In the near future, devices known as “”coils”” harness the power of another dimension. Seeking illegal coils, bounty hunter Kyoma Mabuchi spends his days resisting the use of dimensional energy. That is, until a very realistic and adorable robot, Mira, gets mixed up in things. Partnering with the reluctant Kyoma on his missions, together they uncover the truth behind the mysterious power.

Domo, civilian, I am Ninja Slayer! Once a common, non-ninja, nine-to-five man, it’s now my duty to send all ninja souls to hell. It’s an insatiable thirst that I must quench to avenge the tragic death of my family. A mysterious spirit filled with rage has penetrated my soul giving me the ultimate power to fulfill my vengeance and destroy any ninja who dares to cross my path. Hell-bent on ninja carnage, I won’t stop slashing and bashing until I hear my enemies kiss their pathetic lives goodbye with a bloodcurdling scream of “Sayonara!” Die ninja. DIE! I am your Grim Reaper!

Won’t you live in my fury, friend? Join me in unleashing burning rage, and watch me spray the blood of a gagillion ninjas all over this nightmarish hell. For I am Ninja Slayer, killer of all ninjas!

In Genocidal Organ, while developed countries rely on advanced surveillance to free them from the threat of terrorism, other nations are plagued by genocide within their own borders. Strangely, these massacres all link back to one American by the name of John Paul. Special agent Clavis Shepherd is sent to capture the target, but nothing can prepare this soldier—or the world—for the truth behind humanity’s darkness.

Gun your engines and get ready for the full-throttle adventure of The Rolling Girls, the first original anime from WIT Studio, the studio that brought you Attack on Titan, HAL and Seraph Of The End!

In the wake of the Great Tokyo War, Japan, as the world once knew it, no longer exists. What remains is a fragmented network of independent nations ruled by heroes known as Bests. Each Best commands an army made of the Rest as they seek to conquer anyone in their path. Enter Nozomi, Yukina, Ai, and Chiaya. These four intrepid and adorable girls are ordered by their Best to travel across the country by motorcycle, keeping a watchful eye on the field of battle wherever they encounter violence between warring nations!

When average student Kimito Kagurazaka is suddenly kidnapped by a hoard of burly men, the last place he expects to end up is the elite Seikein Girls’ School! Now, surrounded by beautiful but totally sheltered girls, Kimito must deal with being their ‘Shomin Sample’-an example commoner for the girls to observe and learn from. But what’s the catch? He has to trade in his thigh fetish for a faux love of muscled men if he wants to stay in this paradise…and keep his family jewels!

But being in a school filled with gorgeous elites isn’t all it’s cracked up to be. Between the eccentric Aika, the proper Reiko, the ready-to-strip genius Hakua, and the dangerous samurai Karen, Kimito has his hands full of trouble. And these girls are dying for more than a sample of this commoner!

Despite the jealous bickering, the outrageous scenarios, and more than a few compromising positions, Kimito and the girls will learn more from each other than they ever expected.

Seina Yamada’s luck is way worse than bad. He can’t get through a day without causing serious harm to himself and any unfortunate souls nearby. So what in the world could two gorgeous Galaxy Police officers want with him? Just as soon as their spaceship lands, Seina’s blasting off into space with the beauties. It appears his luck could be changing for the better!

That’s all of the details we have for the time being. The situation with Crunchyroll is still unknown as of the time of this article.

So far here are the following titles not yet scheduled in the UK (& not including the Crunchyroll titles for obvious reasons) but are still confirmed to be under Anime Limited thus far: 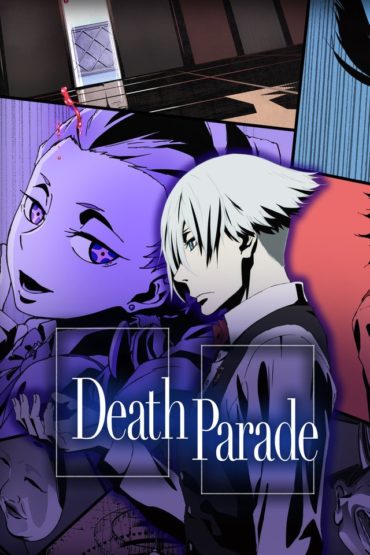 Anime Limited to Release Dagashi Kashi and Other Funimation Anime

Select anime titles from Funimation Entertainment, including the sweets-obsessed Dagashi Kashi, will be released on DVD & Blu-ray by Anime Limited!