NOTE: This review is in two parts. This review covers the main TV series that can be found on the first eight discs of the Deluxe Edition. The extras, including OVA released on the other three discs, will be covered in Part 2.

“Cyberspace. A consensual hallucination experienced daily by billions of legitimate operators, in every nation, by children being taught mathematical concepts… A graphic representation of data abstracted from banks of every computer in the human system. Unthinkable complexity. Lines of light ranged in the nonspace of the mind, clusters and constellations of data. Like city lights, receding…” – William Gibson, Neuromancer (the first cyberpunk novel).

This is certainly one of the biggest Blu-ray anime collections released: 52 TV episodes, three OVAs, a book, and interviews are all available if you get the collector’s edition. It is arguably deserving, given that Ghost in the Shell is one of the most famous of all anime, especially with its futuristic setting and its intriguing lead character. However, looking back the series has its flaws, and you may even wonder if this new collector’s edition is worth the release.

For those less-in-the-know, the series is set in the fictional New Port City in the year 2030, where technology has developed to the point that people can alter their bodies so they can link their “cyberbrains” directly to the internet, and artificial body parts have been developed to the point where some people can get complete cyborg bodies. Among these cyborgs is Major Motoko Kusanagi, former soldier and now front-line commander of Public Security Section 9, a body that deals with cyber crimes. Also in Section 9 are Batou, who served alongside the Major in the army and has artificial eyes; Togusa, a former cop and the least “cyberised” member of the group; and their boss Daisuke Aramaki, who has to deal with all kinds of government officials.

Across both series there is a mixture of episodes which range from individual, stand-alone stories to the more complex episodes that are part of a wider narrative. In the first series, Section 9 are mainly investigating the case of a notorious hacker known as “The Laughing Man”, who is wanted for corporate terrorism and, who it later emerges, is trying to expose a government scandal involving a form of medicine that was never given government approval. In the second series, Japan is in the middle of a refugee crisis, and Section 9 are caught in the middle of a battle. On one side are people who will go to any means to secure the rights of refugees, including one man named Hideo Kuze who goes as far as smuggling plutonium and attempting to kill the recently-installed Prime Minister. On the other side are government officials who are manipulating everyone behind the scenes, like the physically scarred head of the Cabinet Intelligence Service Kazundo Goda, who is trying to make everything suit his own private purposes. 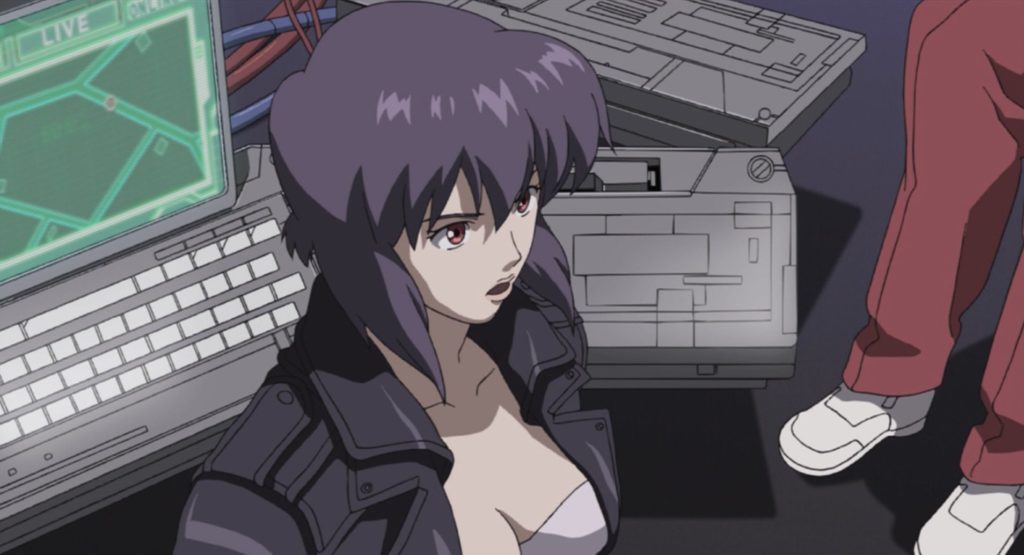 Both series of Stand Alone Complex have problems, not least living up to the 1995 film, the first anime depicting the series. However, the main issue is the plot, which you need to keep on top of and is hard to get to grips with at times. If you let anything slip, you soon find the series to be very dull. This is made harder by the fact the episodes are often split between those telling the main series plot and those telling other side stories. The team will have found something interesting in the main case, only for further development to be put on hold while they have to investigate something else entirely. You need to understand everything that is going on otherwise you lose interest. The action sequences do help to make the series more dramatic and entertaining, which is where the science fiction element also helps, as it creates a more interesting scenario for the viewer. However, the sci-fi setting also arguably hinders it by creating more difficult situations for the viewer to try to understand. As with the film, the TV series also uses CGI, but the CGI does sometimes feel a bit clunky, mainly in the first series. While Yoko Kanno’s musical score for the series is acclaimed and certainly sounds good, I still feel like it is not as great as that of the original movie by Kenji Kawai, whose work stands out much more by far.

The main plus point is the characters help to make up for it. Major Kusanagi has always been an interesting creation, due to a mixture of who and what she is, her look, her sexuality, and her “Ghost” or soul. There are the side characters too, including the Tachikomas, the intelligent tanks used by Section 9. These provide most of the comic relief in the series and also have their own short series, Tachikoma Days, with episodes appearing after the credits. The voice acting in both the original Japanese and the English dub seems competent; the Major is voiced by Atsuko Tanaka and Mary McGlynn. 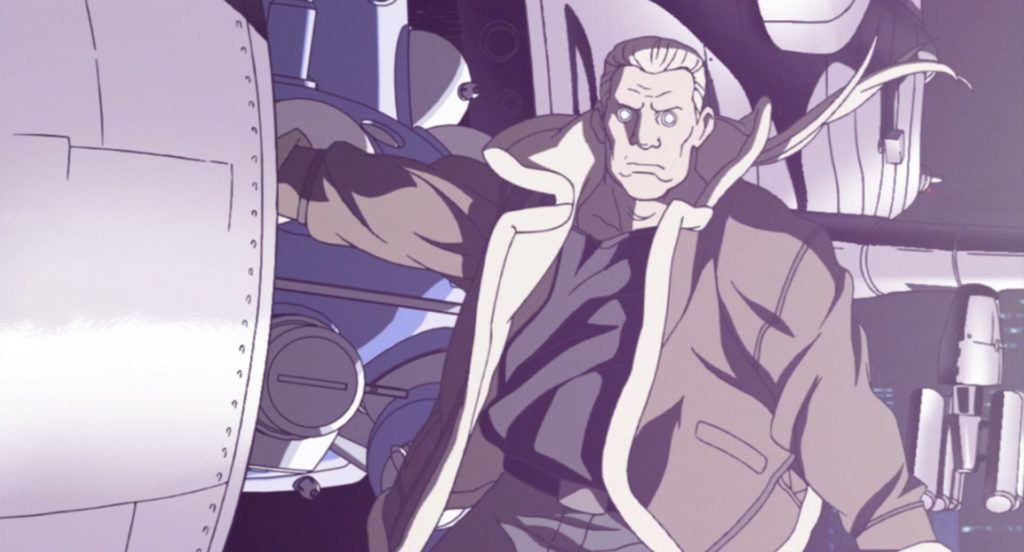 Some people commenting on our forums have expressed concern about the quality of this collection, but many of these issues seem to be unfounded. For example, I was told that the collection used dubtitles, but as the English dub differs from the subtitles on screen this seems unlikely. The Zavvi page listing the collector’s edition lists “new restored subtitles” as one of the extras. However, there are still some technical issues. For example, in the first series the chapter headings appear to be in the wrong place. I remember this being an issue with the original DVD releases, so this problem is nothing new and seems never to have been fixed. Others have talked about interlacing problems, but this appears to be the problem with just the CGI animation, which I said earlier was an issue.

Stand Alone Complex does feel like hard work to watch, but given its importance in anime history it is a noteworthy series that deserves a Blu-ray release. You feel that some technical issues however could still have been easily sorted out. The extras however may well boost the quality. On these eight discs, there are detailed episode synopses and plenty of interviews with the original Japanese cast and crew, however some have complained about there being no textless opening and closing for the music. Most of the extras however will be covered in the second part of this review. These include the OVA adaptations of both TV series, which focus on the main plots and thus get rid of the individual plot episodes. These will therefore deal with the plot more directly. 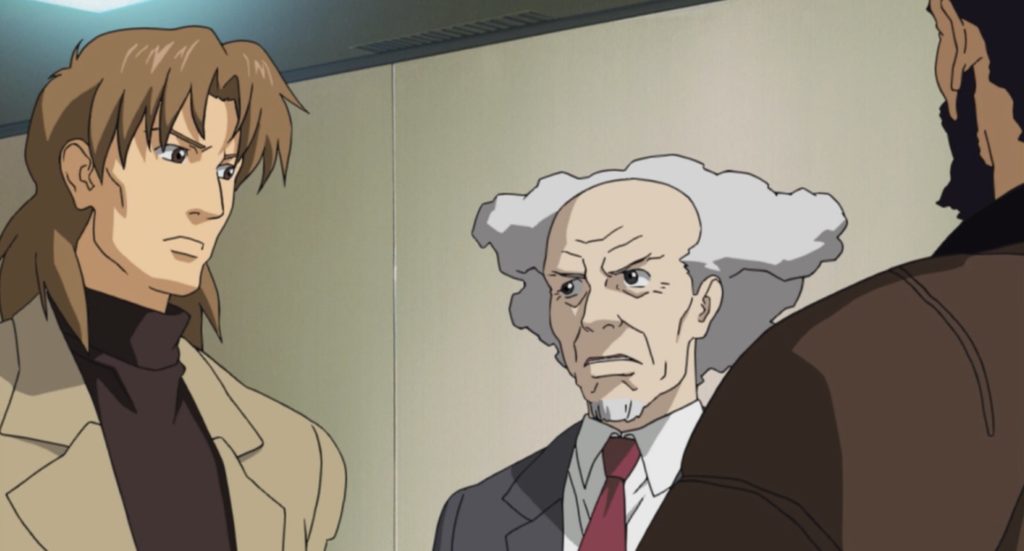 But I must say I feel disappointed looking back at the series. This is partly due to its complexity; you need to give it your full attention, which is difficult across 52 episodes. However, there is another issue concerning GitS, which is connected to the fact that it doesn’t seem to have aged well. You have to remember that the TV series is set between 2030 and 32. The 1995 film is set in 2029, and the original manga dates back to 1989. As time has progressed it has become increasingly the case that the setting that has been created is not something that is going to be likely. GitS is a 1980s depiction of what the 2030s will look like; SAC is an early 2000s depiction of the 2030s; and the evidence is growing to suggest that the original creator and mangaka Masamune Shirow is wrong. In just over a decade’s time, I doubt that cyberbrains like those depicted in the show will become popular, or that prosthetics will be as developed as the anime shows. Even then, people will still have a deep mistrust of such technology that would stop it becoming so widespread, especially in this country. The idea of you being hacked is an unsettling one, and one I imagine most people today would not risk if the technology was available. Given the current real-world situation, the only thing that Shirow might have got right is that by 2029 there will have been a Third and a Fourth World War, and that the Third will be nuclear. You wonder if Shirow might be the only person right now hoping that the USA and North Korea attack each other. This is where William Gibson, quoted earlier, has the advantage: he never said exactly when in the future his novel was set. 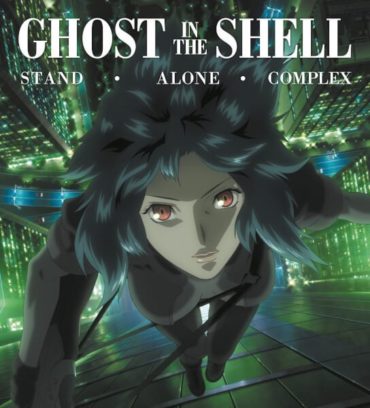