“If you can’t beat them, arrange to have them beaten.” – George Carlin

Things come to an end for Class 3-E, but as to how is a different matter. Will the students graduate? Will Koro-sensei be killed? Will the Earth be saved?

Before that there are still plenty of revelations to be revealed. This first of these occurs when one of the students tries to pull off another assassination. But this latest one is much more dramatic, involving a gigantic pit and tentacles – their own tentacles, which they have been hiding from everyone the entire time. However, the plan fails and the student flees. The class discover that the student is actually an actor who was a natural at hiding their true identity as well as the pain they must have suffered while hiding the tentacles, but the student claims Koro-sensei killed their sister. Koro-sensei, with the help of Nagisa Shiota, manages to calm them down and remove the tentacles.

Following this, Koro-sensei tells the story of his origins. Back when he was the assassin known as “The Reaper”, he was captured and experimented on by the scientist Kotaro Yanagisawa, someone the class knows but under a different guise. Yanagisawa was engaged to Aguri Yukimura, older sister of the latest tentacles user, who befriended Koro-sensei and was abused by Yanagisawa. (She was also Class 3-E’s original teacher, and had a terrible taste in T-shirts.) As the experiments on Koro-sensei continued, things eventually went wrong: the Moon was mostly destroyed when another experiment went wrong on its surface and had no involvement with Koro-sensei personally. He then gained his tentacle body which he used to escape from the lab, but in the process Aguri was accidentally killed and Koro-sensei failed to save her. To make up for it, Koro-sensei decided to take up Aguri’s teaching job. Aguri’s sibling witnessed Koro-sensei leaving, mistaking him for the person who killed their sister and stole some of the tentacle-making solution. 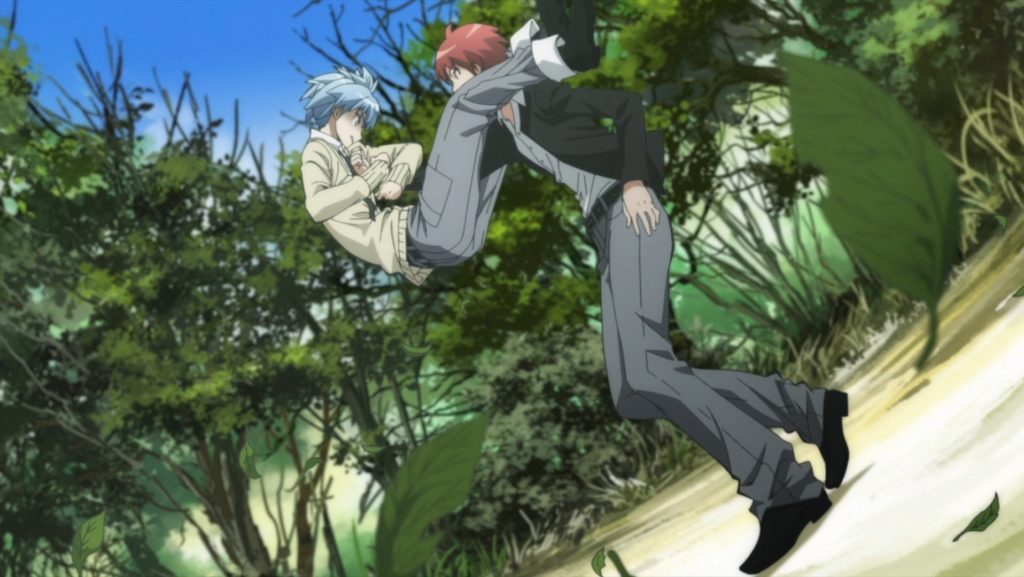 After all of the revelations, Nagisa comes to the decision that he does not want to kill Koro-sensei, causing a split in the class. Thus Koro-sensei decides there should be a battle between those who want to save him, led by Nagisa, and those who want to kill him, led by Karma Akabane. After this fight, they then unite again in order to carry out the next stage of their plan which involves a short trip to find some information – aboard the International Space Station. But after they come back, it is not long before the deadline to kill their teacher approaches, and the governments of the world have made one gigantic laser satellite to try and take him down. The class therefore have to think of a way of solving the issue for themselves before anyone else can spoil their plans.

The finale to the series is pretty emotional, especially as we get to the final moments and discover how Class 3-E will deal with Koro-sensei, and whether they decide to kill him or not. The scene in which Koro-sensei gives his final roll-call may cause a few tears. However, there are still plenty of other interesting stories throughout the collection, right from the off, with the truth about the identity of one of the students being revealed, not to mention learning about how Koro-sensei became the creature he now is. The big battle involving the class is exciting too, not to mention their scheme of trying to get two of their pupils into space. The series does seem to end well, with just about everything concluding suitably nicely. 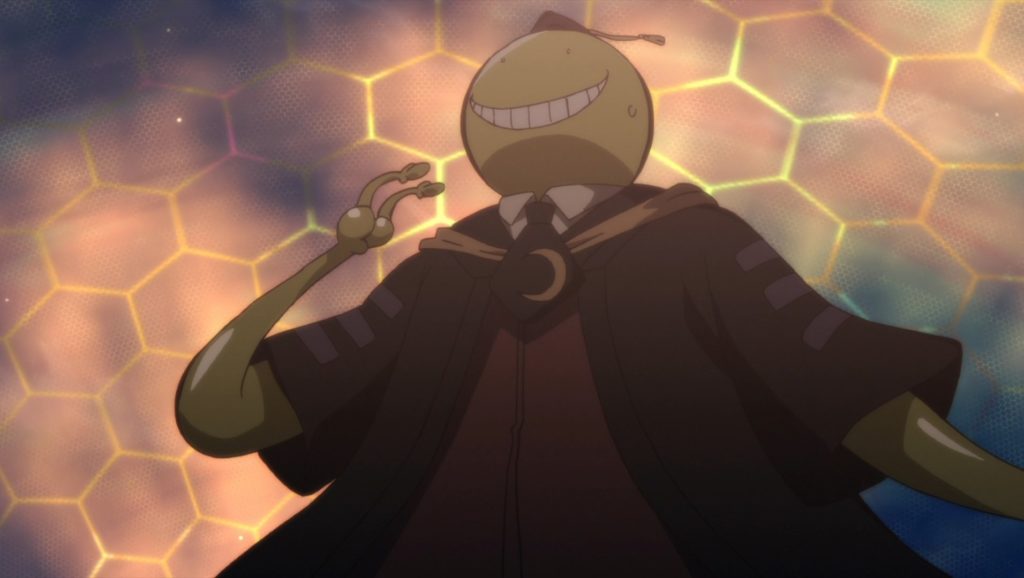 The entire series has been a joy to watch, and with the final volume of the manga released this month too, we can all enjoy Assassination Classroom’s last moments, which include both joy and sadness.

There are a fair number of extras in this final collection. There are episode previews, commentaries, a selection of the top ten moments from the second season, and textless opening and closing sequences. There is new music included in this final part, with the opening “Bye Bye Yesterday” sung by the cast, and the superior ending “Mata Kimi ni Aeru no Hi” by Miyawaki. 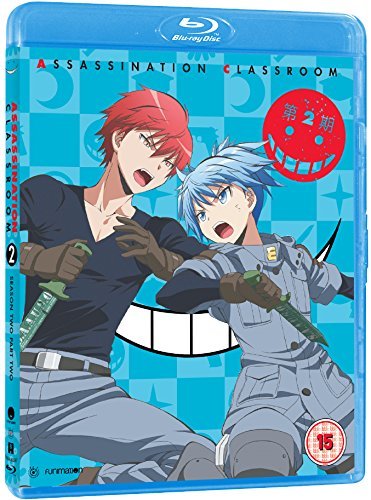