It seems that zombies are still a big factor in pop culture at the moment, and with western TV shows like The Walking Dead and recent anime such as Zombieland Saga, it shows no sign of stopping. So with Halloween coming up, it’s a perfect time to talk about the first film nominated for the 2018 Scotland Loves Anime Awards – Calamity of a Zombie Girl.

For most of the reviews I’ve done for Anime UK News in the past, I’ve always taken interest in doing research before seeing a film but I decided to go into this blind. All I saw was the promotional art which looks like more of a generic vampire movie, rather than a creepy zombie one, with all the purple in the background. 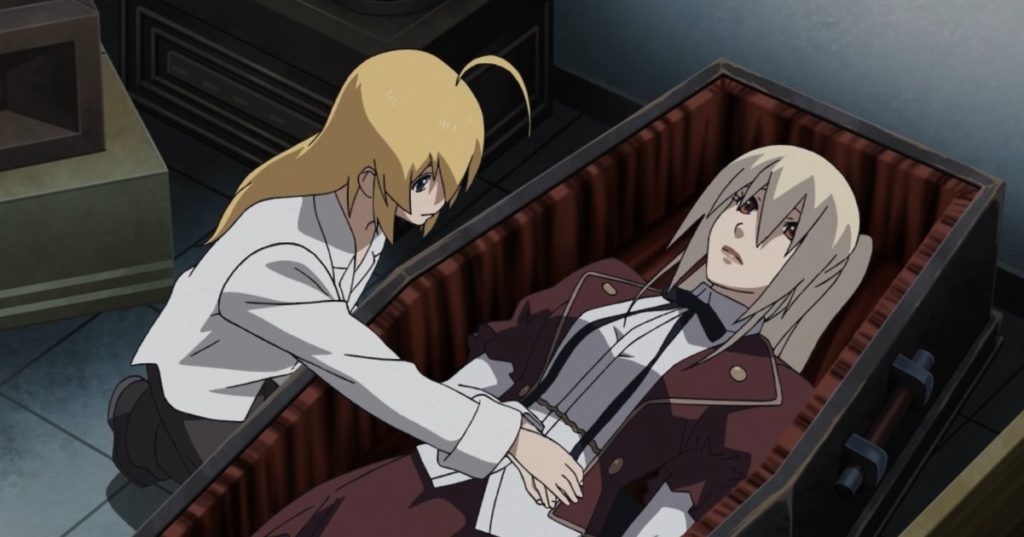 The best way I can explain the plot is that it has the sense of a horror slasher movie from the 80s, which at first got a positive feeling out of me. In this decade of anime, I’ve watched a lot of horror anime that have had a hard time balancing world building with horror, so it was refreshing seeing a bunch of college students go into a haunted house to look for some kind of treasure, only to awaken a girl in a casket alongside her assistant. Both try to figure out what has happened and why they have been awakened.

It’s nice and simple and while I liked the premise, the film becomes a bit too simple, with no character development and lack of depth in the group of college students and the stuff they go through. They all end up being one-note, making them very hard to sympathise with when things start to go wrong. The zombie girl Euphrosyne and her assistant Alma fare a little better in this regard, providing some surprising comedy which rarely hits and mostly misses and this brings me to my major issue with the film: there is never a clear antagonist, which left me not caring about anyone.

Sadly the movie never gets out of this flaw and the film becomes a real mess. It was not until I reached the last twenty minutes, where it went full speed into the ridiculous, that I suddenly found it a lot more entertaining and silly (which is something I have a soft spot for) and it even got the biggest laugh out of me during the whole of the Scotland Loves Anime festival. 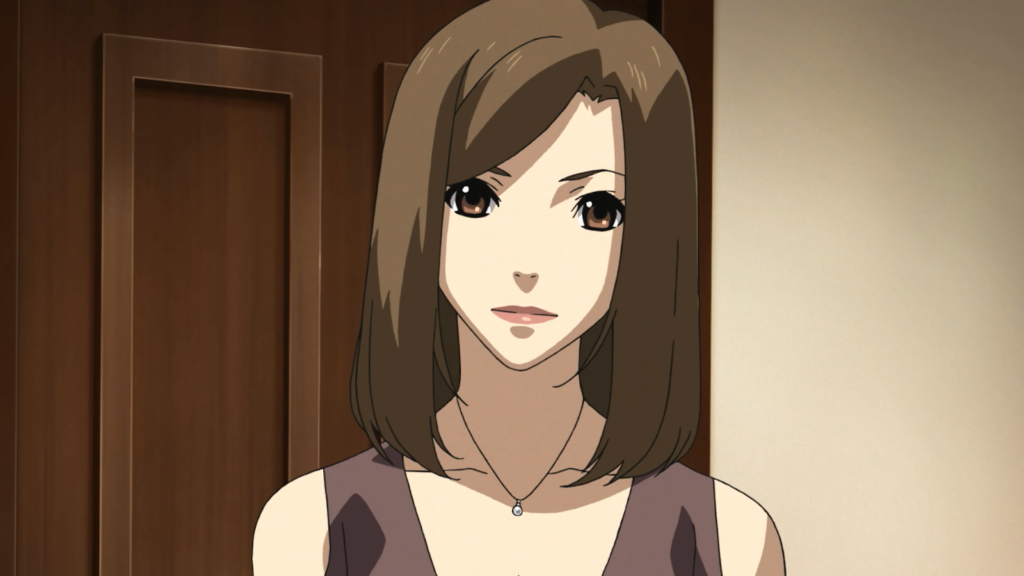 On the presentation front, it doesn’t feel or look like a anime movie but more like extended TV anime that has a reduced budget; character designs look flat, transition scenes fade in and out very unnaturally and, apart from some mediocre action sequences, it ends up being a let-down.

Almost throughout its run-time, my thoughts were set: Calamity of a Zombie Girl is bad but that final act is so incredibly entertaining, that it’s just enough for me to recommend this as a ‘watch only once’ film, and that’s me being very, very generous. 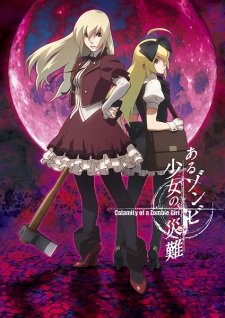 Title
Calamity Of A Zombie Girl

“Am I alive or dead?” Kurono wonders as he and his new friends stumble through the streets of late night Tokyo, confused and upset by the previous hours of violent onslaught. Having just hours before been hit (and swiftly decapitated!) by a train, attacked by aliens with sharp teeth and most importantly; meeting a girl … Continued

The new game begins; Kurono and his new buddies are transported to a traditional buddist temple and forced to face off against a huge selection of Gantz’s most fearsome monsters yet. The time for angsting is over, life can become death in a matter of seconds; if you want to live, you have to fight. … Continued

GANTZ has arrived in the UK with a reputation for controversy; you may have heard it described as mindless violence or overly sexual- those comments are not wrong, but what separates this series from the countless other gore-fests is the way it explores, and exploits, its painfully human characters. When confronted with tragedy, there are … Continued

If you have a human heart, it will break during the first episode of Gantz #6. The end of the Buddhist Temple arc is neither fair nor happy – a dismembered, bleeding Kurono is forced is sit and watch as each and every one of his friends faces mortal danger in trying to protect him. … Continued