Studio Trigger teams up with Mari Okada for this drama and science fiction series in which fans of the popular screenwriter will feel right at home with a show that sticks to Okada’s main themes of presenting families and different types of relationships. While there is a bit of a romance angle, the series mostly tries to answer the question: “how do we become friends, anyway?” and goes on to show that by understanding others we can become better people ourselves. 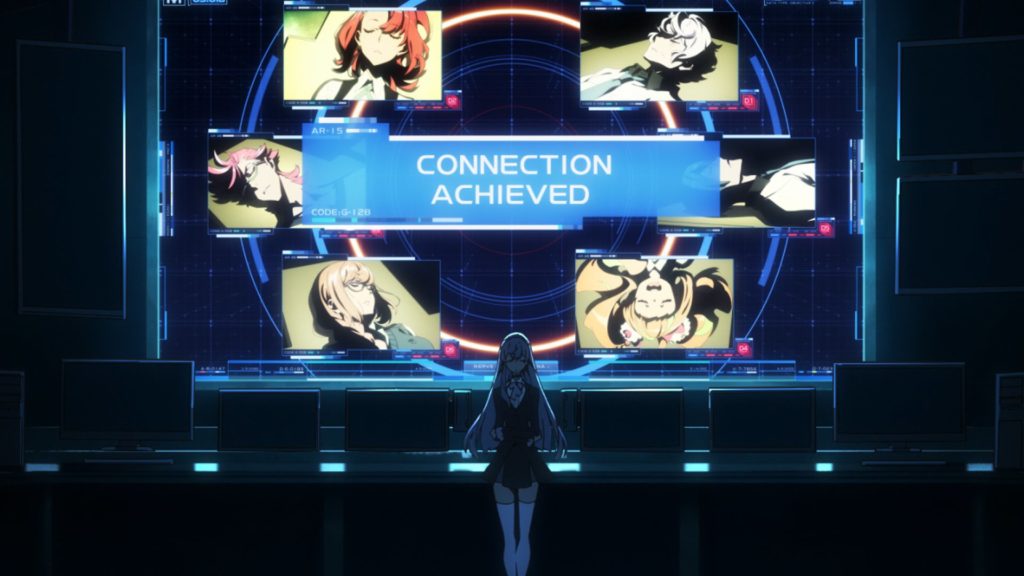 Set in the fictional Sugomori City, Kiznaiver drives seven seemingly unconnected high school students together when they are abducted for a social experiment and become Kiznaivers: people who, when connected through their physical wounds, share both physical and emotional pain. Directed by their mysterious fellow student Noriko Sonozaki and her accompanying researchers (who are also their homeroom teacher and student counsellor, funnily enough), the teenagers are given until the end of the summer break to clear a series of challenges that will push their emotions and relationships to the limit to see if connections between people can achieve true world peace.

While there is a deeper plot to get into, the majority of the story is told in arcs, each arc focussing on one particular problem faced by a member of the cast. These vary in tone and level of threat, but basically follow the same pattern of identifying a character’s weakness and then using the rest of the cast to help them break past it. As these arcs last for two or three episodes apiece it obviously can’t do this with each character, so it uses the impact from each major event on the rest of the cast to bring them closer together.

Some of these arcs deal with heavier topics than others, as we see the series tackle things from unrequited love to bullying and the death of a friend. As these can be sensitive topics, it’s always interesting to see different forms of media tackle them in different ways, and Kiznaiver treats them seriously while resolving things positively. These resolutions are often set against some excellent set pieces which move the characters and plot forward in big ways. It’s a credit to the tightness of the script and shows Okada really knows what makes her characters tick. 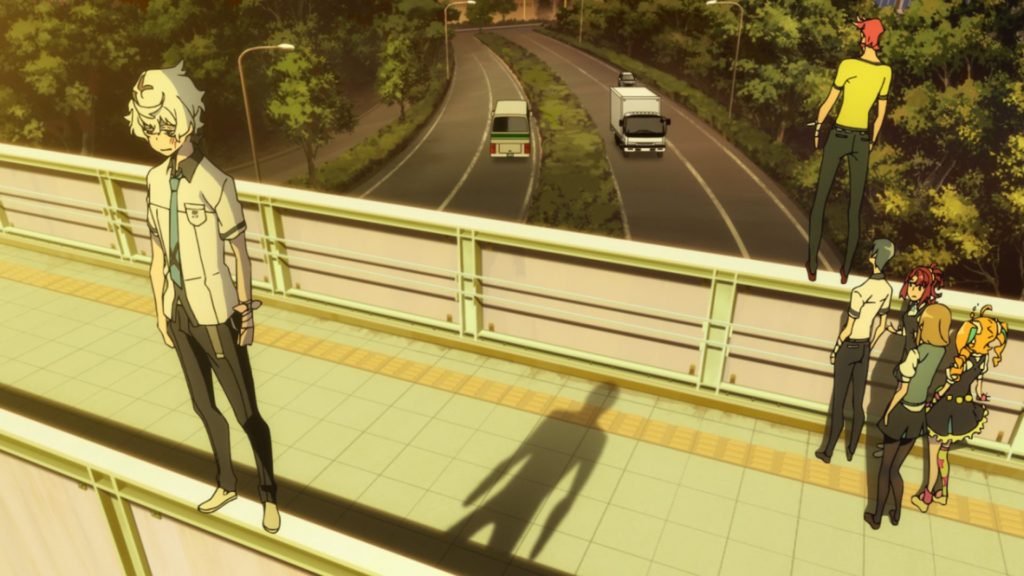 It’s good that each character has enough depth to them outside of these issues as at first glance they can be hard to bond with as a viewer. Protagonist Katsuhira Agata is literally emotionless and is played straight and clueless for the most part; Tsuguhito Yuta and Honoka Maki are deliberately unlikable, with Yuta being a two-faced playboy and Maki being cold and unapproachable; masochist Yoshiharu Hisomu and eccentric chuunibyou Nico Niyama are portrayed as slightly creepy and slightly strange; and Chidori Takashiro and Hajime Tenga are, surprisingly, normal, even if Tenga can be overly aggressive.

Over the course of the series though, each character is shown in enough good light that you do eventually warm to each of them. Due to their different personalities you’ll obviously like certain characters more, but each of them stands out in their own ways. I can see perhaps Katsuhira (due to his emotionless state) and Nico (whose voice and manners can be very grating) not being popular among viewers, but I didn’t mind them personally. 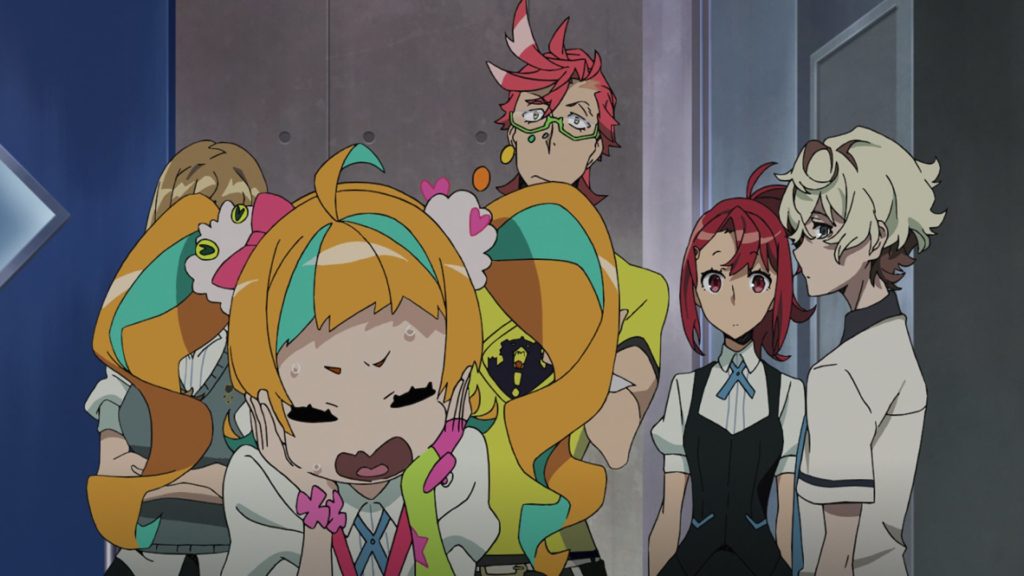 Outside of the character relationships there is of course a bigger plot going on with the entire purpose of the Kiznaiver bond, which grows stronger throughout the series in response to the growing relationships between the cast. It has its uses as a plot device, but there were quite a few times where I felt it wasn’t needed as it was a front for how the Kiznaivers were being manipulated into situations by Noriko and the two teachers. It isn’t until toward the end of the series when everything comes to a head that we really see it affect the story. As such, I’m conflicted over whether it could have been used better. The natural progression through the series makes sense, but I would have liked it to have more importance in driving Katsuhira forward towards his goal of getting his memories back and more emphasis placed on figuring out the small flashbacks of his past that we get early on.

Studio Trigger’s animation will be familiar to anyone who has seen any of their other work, although visually this has a more serious tone than Kill la Kill’s over-the-top art style or Little Witch Academia’s cuteness. The harder linework can often make things look a little too sharp which can take some getting used to – it could have done with softening up – but overall this is a fine-looking show. In particular I really like what they did with the opening animation, putting in kaleidoscopic effects that really make it stand out.

The opening is also notable for carrying with it Boom Boom Satellites’ final song, Lay Your Hands on Me, which serves as both a thematically fitting opening for the show and a reflection on the late vocalist Michiyuki Kawashima’s failing health at the time. When it comes to the soundtrack overall though I found it fairly unremarkable. It places more emphasis on its dialogue rather than punctuating scenes with music, and while a couple of scenes perhaps could have used this for emphasis, I think it would have done more harm than good to be more dramatic with the sound. 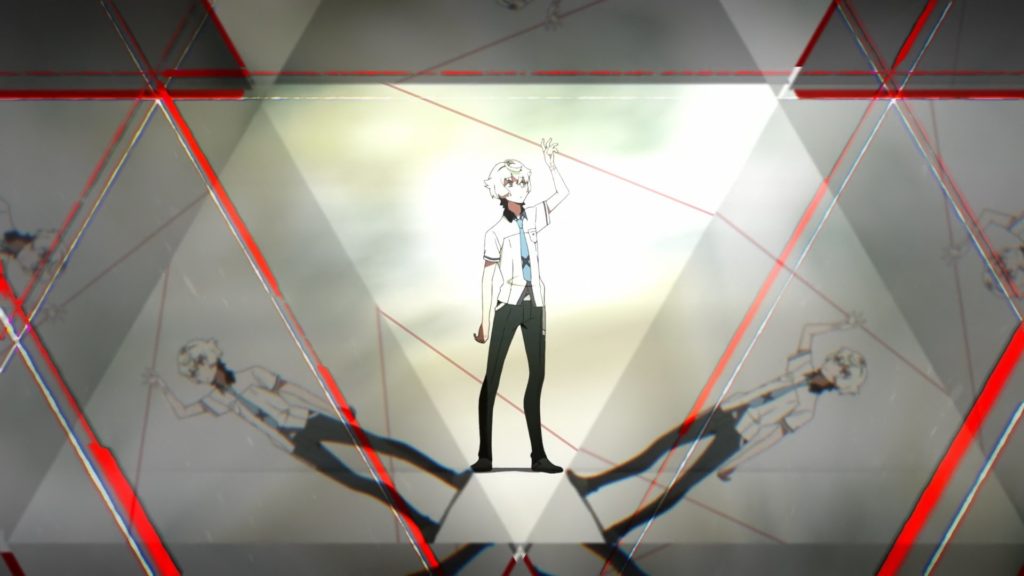 Anime Limited’s release has been led by their French division, so this also includes French language and subtitle options in addition to the usual Japanese with English subtitles and English dub. I found the subtitles difficult to read at times, with their faint borders allowing them to blend in with white or bright scenes. They either needed a thicker black border or displaying in yellow to make them stand out more. The Japanese dub cast has been well chosen so that each character’s voice reflects their personality type. The most prominent name in this is Yuuki Kaiji (known for taking on teenage male leads such as Eren in Attack on Titan) as Katsuhira, who for the most part puts in a decent performance apart from one specific scene that sounded slightly awkward. While I think the Japanese is a better fit, the English is okay, despite using a cast that isn’t well known. That said, some things in English don’t work quite as well than in Japanese, particularly with a pun that compares Katsuhira with udon; and the word pacing in some sentences feels forced in order to match the mouth movements.

Kiznaiver is available as a standard DVD or a collector’s edition Blu-ray set that comes in a collector’s box with a 40-page booklet. An additional art book is also available for those who order the collector’s Blu-ray from Anime Limited’s web shop, while stocks last. On the discs you get all 12 episodes of the series, clean opening and closing animations, and three trailers for the series. I’m surprised this doesn’t also include the TV special preview and promotional videos that are available on Crunchyroll, as they seem like no-brainer inclusions and will inevitably disappear when the streaming license expires. Not that their exclusion harms the release as a whole, but they would have been nice to have. I liked the menu presentation; however, episode selection was a bit odd in that selecting a single episode from the main menu wouldn’t automatically play the next episode, but using ‘play all’ to start from the beginning of the disc, and then using the pop-up menu to select the next episode would then automatically play the subsequent one. It’s a bit awkward if you stop in the middle of a disc then try to jump back in where you were as it doesn’t work as you’d expect. 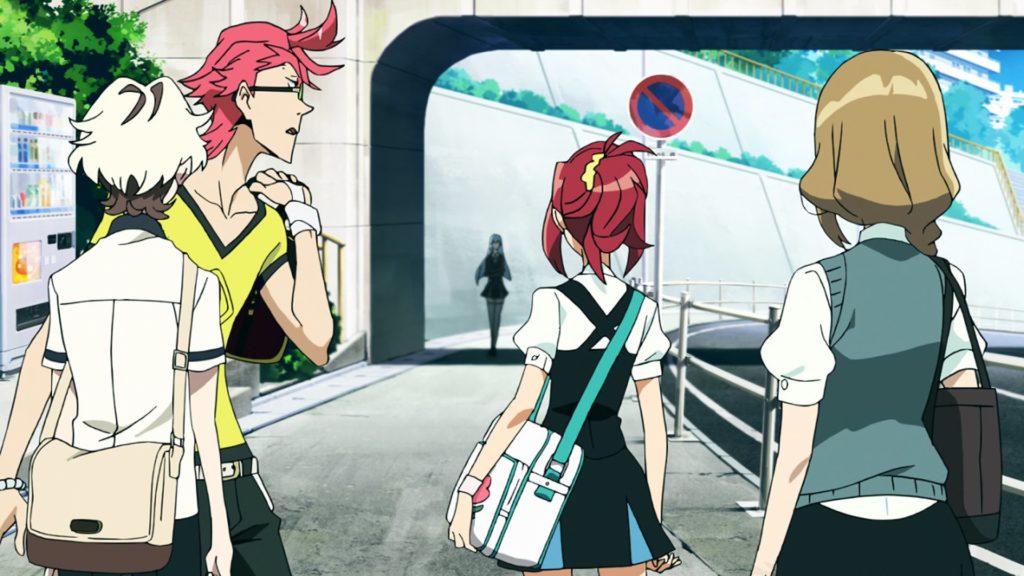 Overall, Kiznaiver is a well thought out character drama, with a core message that by connecting with others we can make ourselves grow. Okada’s script is strongest when exploring that idea, but as a result pushes the show’s central plot device into the back seat a little. If you’re a fan of Okada or Studio Trigger in general this is a good series to get stuck into and a lot better than some of their other efforts like When Supernatural Battles Became Commonplace or the more recent collaboration with CloverWorks in Darling in the Franxx. 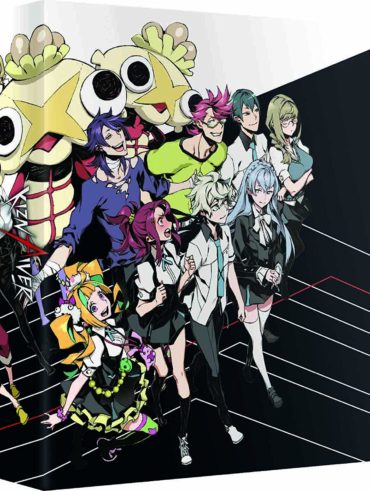