Manga Entertainment UK have issued a statement on the uncertainty surrounding their release of the magical girl sequel anime Cardcaptor Sakura: Clear Card. This news comes after the company released Part One on Blu-ray last month, which has since been removed from a number of retailers, and is listed as “recalled” by UP1.co.uk. The statement can be read in full below:

Manga Entertainment would like to apologise for the frustration and concern surrounding the recent de-listing of Cardcaptor Sakura: Clear Card Part One from our webshop & partner retailers.

Shortly after the product’s release, we were instructed to remove the product & all promotional material from our site & social media channels. We understand the confusion caused and would like to assure customers that we are working with Funimation and hope to have the title back available as soon as possible.

“I’d like to reassure our customers that everyone here at Manga UK is working hard to bring Cardcaptor Sakura: Clear Card Part One back online as quickly as possible. Thank you again for your understanding and your support of this license.” – Jerome Mazandarani, Managing Director.

Shortly after the release of Part One last month, our writer IncendiaryLemon noticed that Manga Entertainment have removed all mention of the title from their website and social media channels. While not confirmed to be connected, this follows a statement from Australian distributor Madman that their release had been cancelled, although it has since returned to their schedule with a later release date.

Based on the series by Clamp, Cardcaptor Sakura: Clear Card reintroduces us to Sakura Kinomoto as she starts Junior High School. Amongst the struggles of settling into a new routine, she wakes from a mysterious dream to find that her Clow Cards have turned blank! Now, the young girl must return to her duty as Cardcaptor to recapture the Clow Cards. The 22-episode series was broadcast from January 2018 and is available to stream on Crunchyroll and Funimation Now. 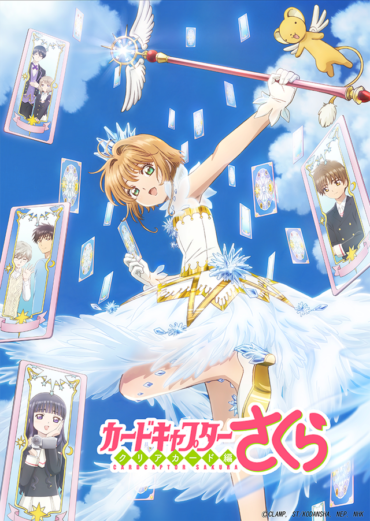