Saga of Tanya the Evil: The Movie, the feature film sequel to 2017’s military fantasy isekai anime, will have its UK premiere on Sunday 26th May 2019 as a limited screening at MCM London Comic Con, Anime Limited have announced on behalf of Crunchyroll. The screening will take place at 1pm in the MCM Cinema Truck (Block N1, North Hall), and will be limited to 100 people, on a first-come-first-served basis.

The official synopsis, as provided by Anime Limited, is:

The time is UC 1926. The Imperial Army’s 203rd Air Mage Battalion led by Major Tanya Degurechaff has won the battle to the south against the Republic’s stragglers. They expected to be given a vacation after returning victorious, but instead receive special orders from Staff HQ as soon as they get home. They are told that there were signs of a large-scale deployment near the Empire-Federation border.

Faced with the prospect of a new major enemy, the desperate Empire fans the flame of war.

Meanwhile, an international volunteer army spearheaded by the Commonwealth set foot in Federation territory. As they say, the enemy of an enemy is your friend. They suffer through misfortune purely out of national interest, and among them is a young girl.

She is Warrant Officer Mary Sue, and she takes up arms hoping to bring the Empire, who killed her father, to justice.

The television anime series is currently available to stream on Crunchyroll in Japanese, as well as dubs in English, French, German, Spanish and Portugese. The series has yet to be licensed for home video in the United Kingdom. The original light novel series by Carlo Zen, is currently being published in English by Yen Press. 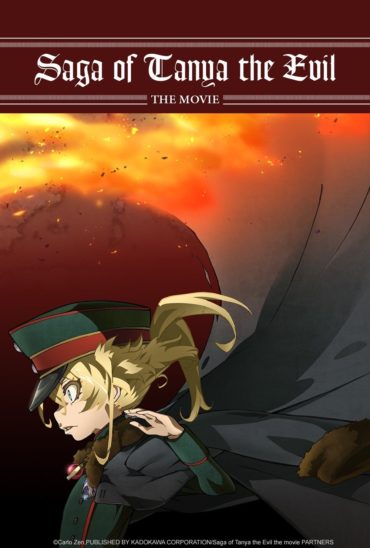 Saga of Tanya the Evil: The Movie Review

Anime’s ruthless, pint-sized soldier has returned! The war is still raging on and a worthy foe finally makes their long-awaited debut, but will “Saga of Tanya the Evil: The Movie” bring glory to the Empire?

Thinking of attending MCM Comic-Con in London this weekend? Here’s what Crunchyroll will be showing this afternoon!