Streaming service Crunchyroll has announced plans to add Saga of Tanya the Evil the Movie to its ever-growing streaming catalog.

Saga of Tanya the Evil the Movie is a continuation of the television series that aired during the Winter 2017 anime season for 12 episodes length. The film is based on the on-going light novel series in which the TV anime adapts; Yōjo Senki: Saga of Tanya the Evil, by writer Carlo Zen and illustration artist Shinobu Shinotsuki.

The film will be available to stream starting Friday 13th September at 2am BST (12th September at 6pm PT) for territories worldwide outside of Asia and German-speaking countries. It was theatrically released in Japan in February 2019, followed by a Japanese home video release recently in August 2019.

The TV series is already available to stream on Crunchyroll in English, French, Spanish, Portuguese and Japanese audio with English subtitles. The film will be available on the same show page which you can view here.

About Saga of Tanya the Evil the Movie:

The time is UC 1926. The Imperial Army’s 203rd Air Mage Battalion led by Major Tanya Degurechaff has won the battle to the south against the Republic’s stragglers. They expected to be given a vacation after returning victorious, but instead receive special orders from Staff HQ as soon as they get home. They are told that there were signs of a large-scale deployment near the Empire-Federation border.

Faced with the prospect of a new major enemy, the desperate Empire fans the flame of war.

Meanwhile, an international volunteer army spearheaded by the Commonwealth set foot in Federation territory. As they say, the enemy of an enemy is the best friend you could possibly have. They suffer through misfortune purely out of national interest, and among them is a young girl.

She is Warrant Officer Mary Sue, and she takes up arms hoping to bring the Empire, who killed her father, to justice.

Saga of Tanya the Evil the Movie previously made its UK debut at MCM London Comic Con (which we have a review available on our site!) back in May 2019 thanks to Crunchyroll who owns the rights to the film itself. Crunchyroll provides both new and older titles on their service each season. For films they have recently acquired studio 3Hz’s Black Fox and studio J.C.Staff’s KonoSuba: God’s Blessing on this Wonderful World! Crimson Legend. 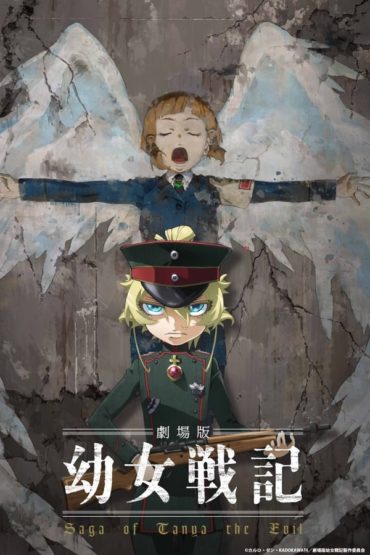