Three years after I watched the first two parts of Kizumonogatari, the long wait to see Part 3 is finally over. As this thrilling sequence of  Monogatari tales comes to an end, does it live up to my expectations? Let’s find out!

As we reunite with Araragi we find him restoring Kiss-Shot to her former glory, having won back all her missing body parts from the vampire hunters. With his promise to help Kiss-Shot fulfilled, Araragi is excited to return to being human. However, when Araragi catches Kiss-Shot eating Guillotine Cutter’s corpse, he’s horrified to realise that restoring Kiss-Shot means she will now hunt humans for food and that he (presently being a vampire) too has a taste for human blood. 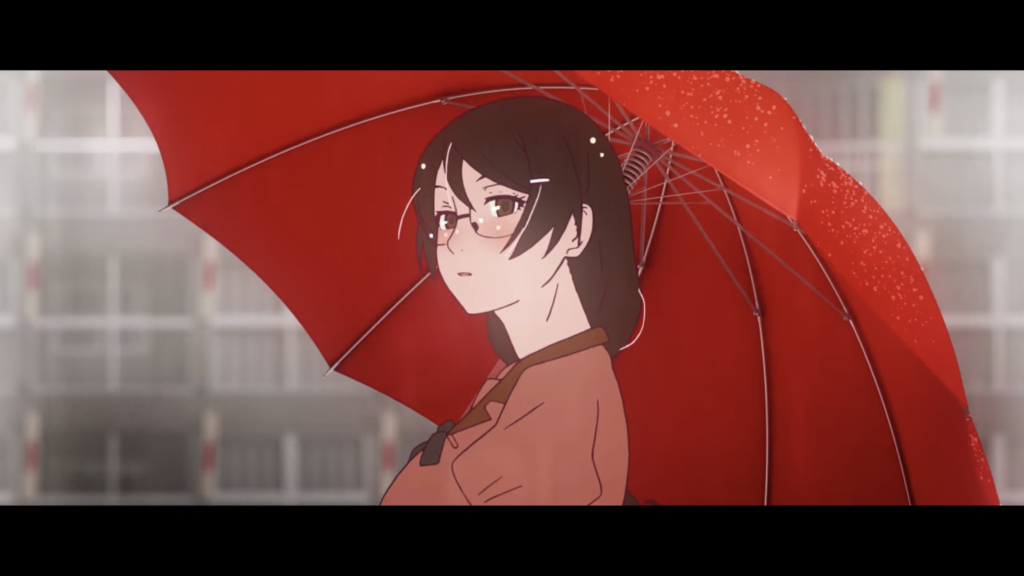 The fact Kiss-Shot is a vampire is something that Araragi has never had to think about so far. He was far busier worrying about fighting vampire hunters and returning to being human to realise what saving Kiss-Shot meant. This revelation shocks our protagonist to the core and he begins to wonder if he should die for his sins, but faithful friend Hanekawa talks him round. Hanekawa reasons that the only one who can put a stop to Kiss-Shot now is Araragi and thus he sets off to bring an end to the misfortune he has brought upon the world.

Kizumonogatari Part 3: Reiketsu brings our story to a satisfying end. Throughout these three movies, we’ve watched Araragi grow and become accustomed to his reality as a vampire. He’s had Hanekawa to keep his humanity intact while fearlessly fighting off enemy after enemy to save Kiss-Shot. The fact that everything he’s done leads to confronting the one he saved feels like a natural way to draw things to a close. 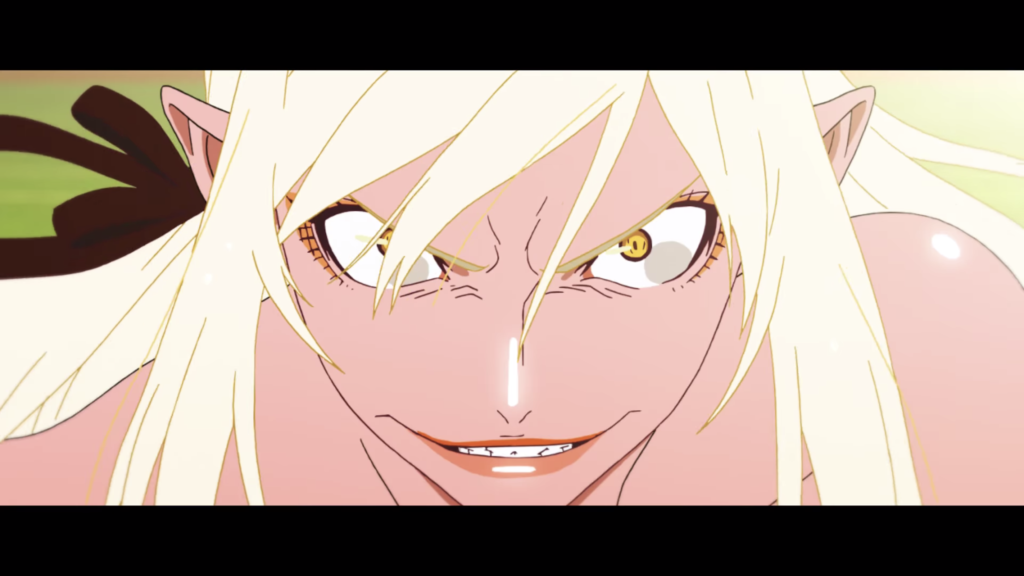 One of the things I appreciate Part 3 for is how well balanced it is. There is plenty of action to hold your attention, but also just enough downtime where the characters are simply talking to one another. Where Part 1 was heavily about set-up and Part 2 was mostly battles, it’s nice to see Part 3 strike that perfect balance.

Provided you have the patience to sit through these three films, Kizumonogatari is a fantastic introduction to the Monogatari franchise. Given the short runtime of all three, they could have been condensed down into two films and that probably would have worked better for newcomers, but it’s not a major issue. 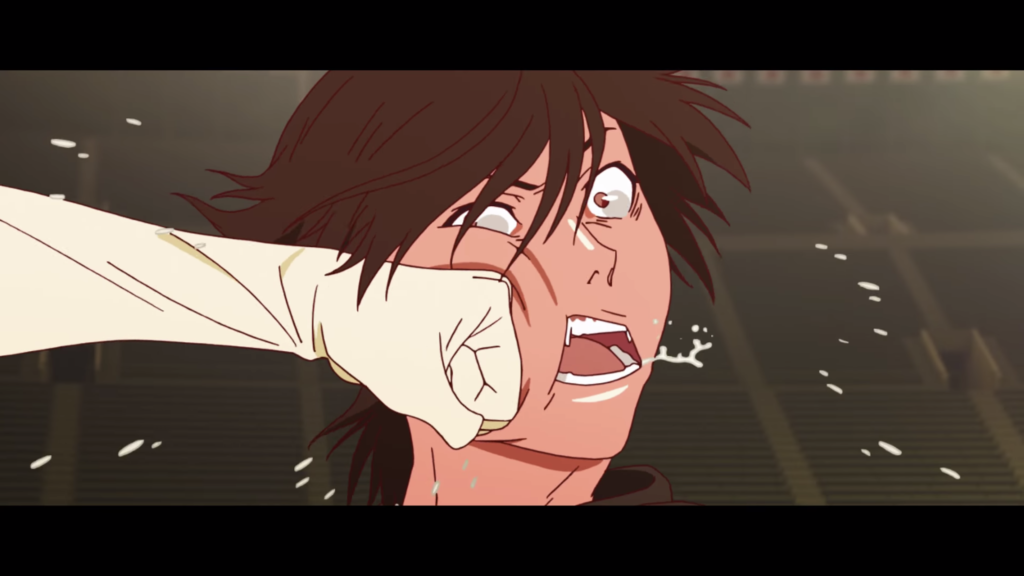 It has to be said where animation is concerned that studio SHAFT has done an amazing job adapting Kizumonogatari into films. While I’m not the biggest fan of the Monogatari anime adaptations, I do think Kizumonogatari is a cut above the rest and well worth every Monogatari fan watching. While the animation can still be quite weird occasionally, in true SHAFT style, the characters look great. The all-important battle scenes are also notably well animated and are captivating to watch.

Where music and voice actors are concerned, these have stayed consistently good for this film as well. The music works effectively to add a dramatic flare to the battles, while the voice actors play  their roles brilliantly. Everything comes together to offer an unforgettable entry in the Monogatari franchise.

This release comes to the UK thanks to MVM and is on Blu-ray as a collector’s edition. The set includes an art book and art cards. As with the previous two movies, this release contains Japanese audio only as there is no English dub. 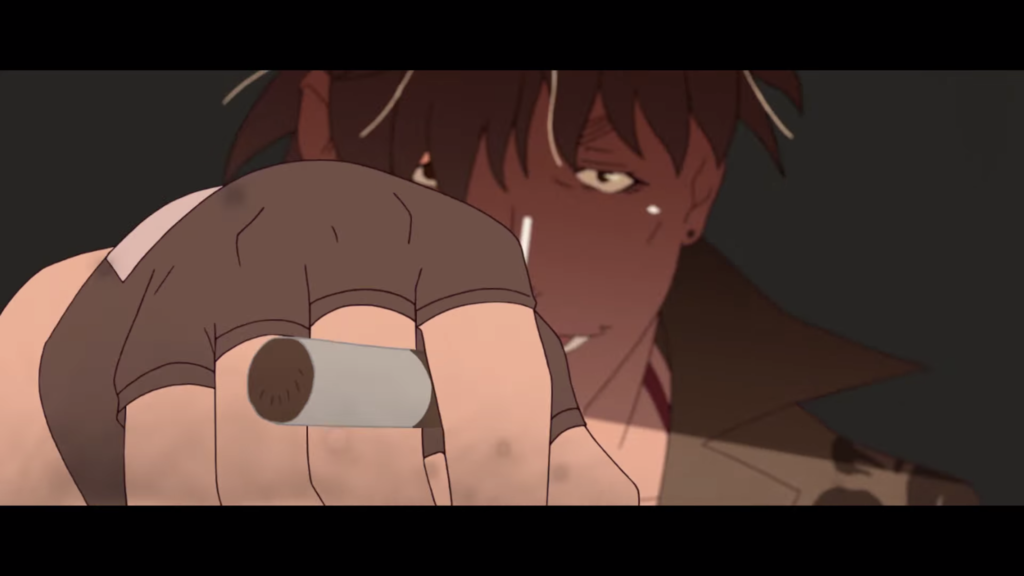 Overall Kizumonogatari Part 3: Reiketsu brings this prequel story to a close wonderfully well. With dramatic action, heartfelt discussions, and good old Monogatari humour, there is plenty to enjoy here. Both newcomers and longtime fans will want to own this trilogy in their collections! 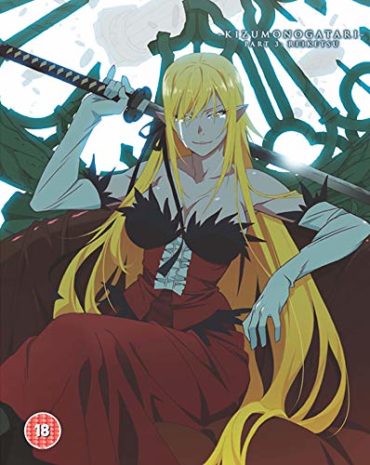