Despite my only previous experience with Monogatari’s anime (in the form of Bakemonogatari) being negative due to animation studio SHAFT’s ‘unique’ style, my first experience with Kizumonogatari back at the Leeds Film Festival in 2016 was surprisingly positive. While I still wasn’t sold on the idea of the Monogatari anime, the film led me to check out the books – which I’ve since grown very attached to. Now I’ve returned to where this journey all started as I take a look at MVM’s home video release of Kizumonogatari Part 1: Tekketsu! With more Monogatari experience under my belt since originally viewing it, has the film changed significantly for me?

Kizumonogatari acts as a three-part prequel to all the Monogatari tales that came before it, relating the beginning of Koyomi Araragi’s story. The film opens with Araragi on fire, already a vampire and having wandered outside in the middle of the day having not realised his new weakness to sunlight. From here the story rewinds a bit to fill in the gaps as to how Araragi got himself into this state. 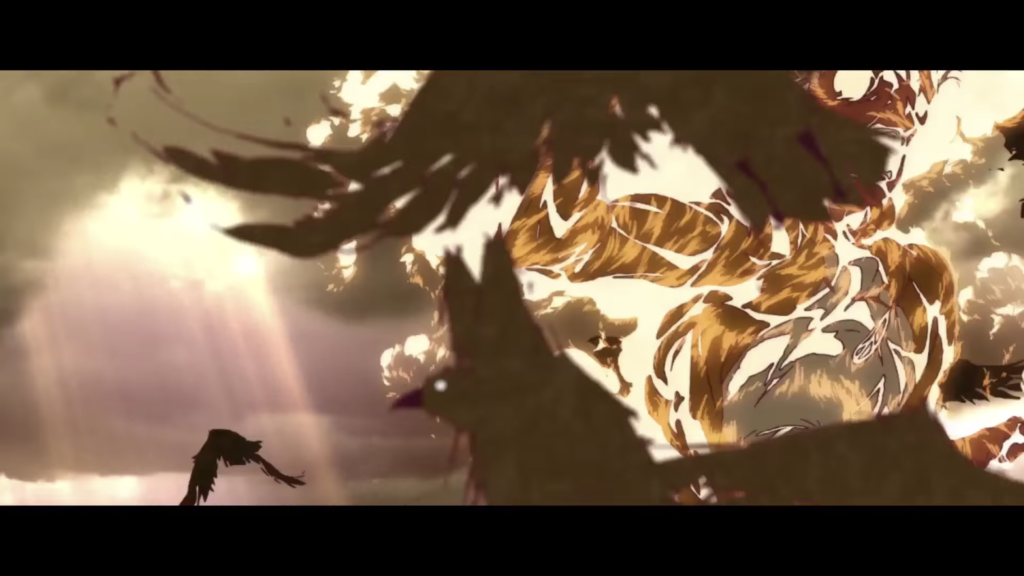 Going back a few days, we see Araragi meet class president Tsubasa Hanekawa. The two have never spoken before but Hanekawa, being a marvelous class president, is well aware of who Araragi is – a boy with no friends who lives his days out peacefully. The two talk for a while and Hanekawa warns Araragi of a mysterious blonde vampire that has been sighted around town. Araragi laughs off the idea of something as supernatural as a vampire but that very evening he’s proven wrong as he finds a mostly decapitated (yet still alive) blonde woman crying out for help. This individual, Kiss-Shot Acerola-Orion Heart-Under Blade (or Kiss-Shot for short), just happens to be the vampire from the rumours and to save her life she asks Araragi for his blood.

Feeling as though he’s never done anything worthwhile in his life (or so he believes), Araragi agrees to sacrifice himself to Kiss-Shot. However, instead of killing Araragi, Kiss-Shot compromises and makes him into a vampire. Araragi, understandably, wishes to become human again and Kiss-Shot promises to turn him back – but only if he can first defeat three  powerful vampire hunters and reclaim the limbs they stole from her. It’s a difficult challenge, but one our hero must overcome in order to regain his humanity. 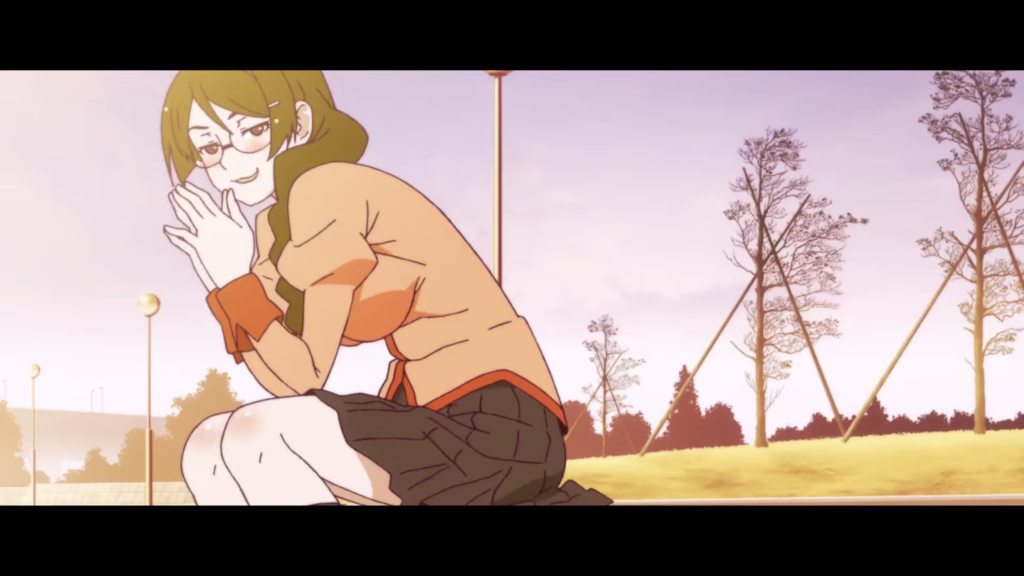 That being said, having spent its hour runtime on set-up, this part of Kizumonogatari never quite gets to the point of Araragi facing off against any of the vampire hunters. Much of the runtime is spent on dialogue between Araragi and Kiss-Shot or Araragi and Hanekawa, but thankfully the visuals manage to keep this engaging all the way through.

It’s probably worth stating that although this is a prequel movie, it does expect you to know who the cast of characters are and doesn’t spend a great deal of time on introductions. You probably could watch it as your first introduction to the series but I think you’d be better off reading the light novel or checking out the Bakemonogatari anime first instead. 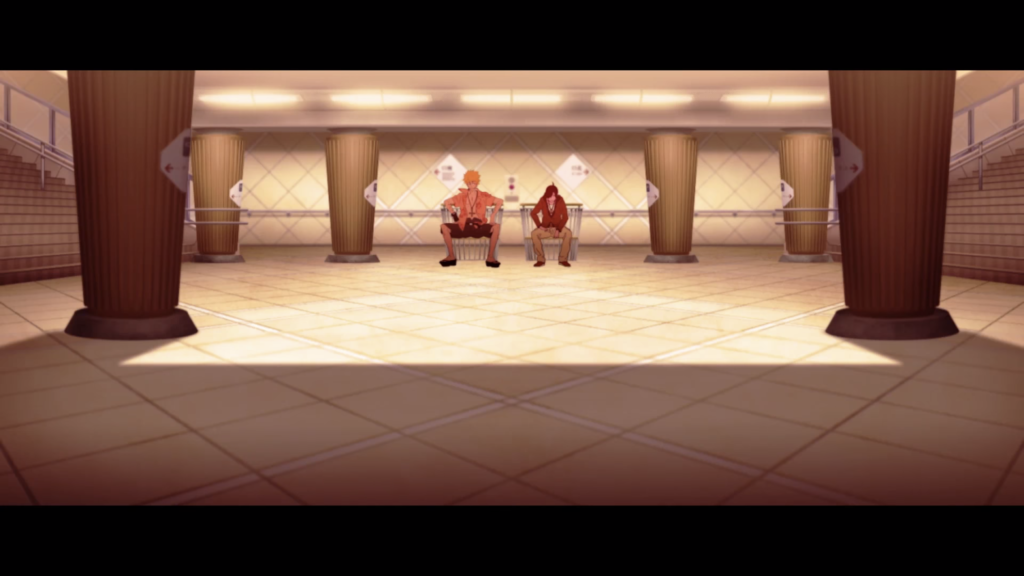 Animation has been handled by Monogatari’s longtime animation studio, SHAFT, and it certainly bears their trademark wackiness. The characters are all in traditional 2D animation but the backgrounds are almost exclusively 3D. I initially thought this would look strange but it works surprisingly well for the show. I’m still not a huge fan of SHAFT’s style but it certainly works well for Kizumonogatari, especially in what could have otherwise been a fairly bland hour of chatting. The animation looks incredible in some of the still shots, with a lot of detail to take in and some brilliant use of colours.

Music for the film has been handled by Satoru Kosaki, who’s worked on all of the previous Monogatari TV anime seasons, and provides an entertaining, fun soundtrack. The music works to amplify the humorous dialogue and takes every opportunity to make itself known to the viewer – in a good way. It’s certainly a great example of music working hand-in-hand with the on-screen action and wouldn’t be nearly as good taken away from the film. 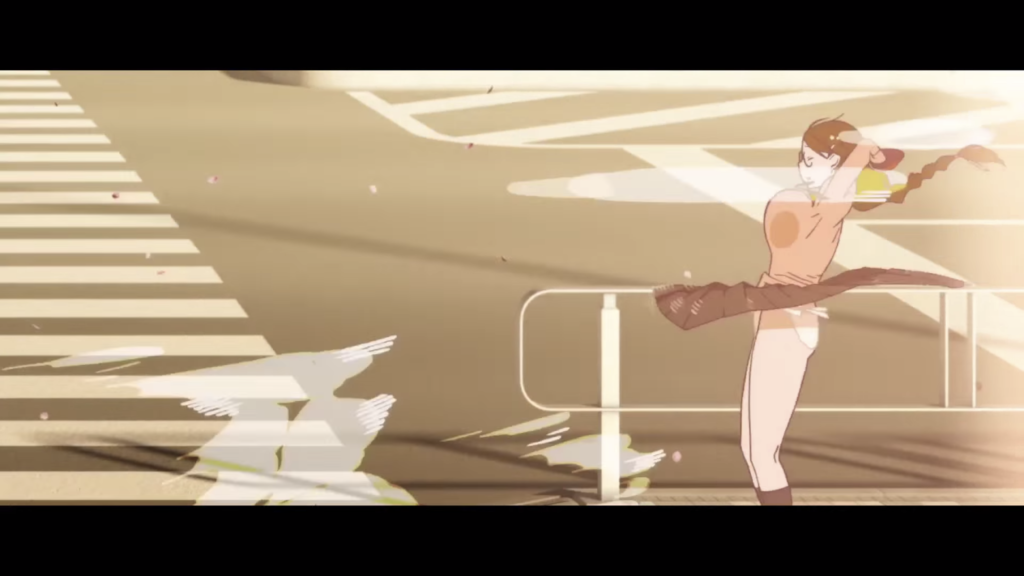 Where voice actors are concerned, everyone does a fantastic job. Monogatari is a series that lives and dies on its witty conversations and the quips Araragi makes, so it’s important that the actors can pull that off in a convincing way. Hiroshi Kamiya (Edogawa Ranpo in Bungo Stray Dogs, Yato in Noragami) delivers a brilliant performance in the shoes of Araragi. I was also very charmed by Yui Horie (Anne in Food Wars, Felix in Re:Zero, Wiz in Konosuba), who plays Hanekawa. Hanekawa is my favourite among the varied cast of Monogatari and Horie gives her the perfect, smug yet confident voice I envisioned the character to have.

This release comes to the UK thanks to MVM Entertainment and is only available as a Blu-ray collector’s edition. The set includes an art book and art cards and a collection of trailers as on-disc extras. There’s also no English dub, as is the norm for Monogatari as it’s never been dubbed. The next two parts of the movie are due to come out over the course of the next couple of months, so we won’t have long to wait to see more of this story!

Overall, Kizumonogatari is off to a slow but entertaining start. Having read the novel, I’m looking forward to what comes next in the films. However, even newcomers to Kizumonogatari’s story will be hooked from this intriguing beginning. While this isn’t necessarily the best place to start the franchise, Kizumonogatari is Monogatari at its best. 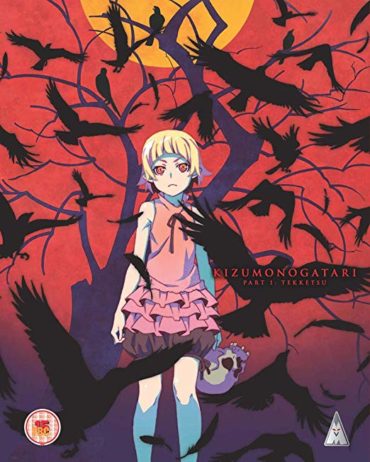