UPDATE: Following a request for comment, a spokesperson for The Pokémon Company International has confirmed to us that the POP broadcast of Pokémon Journeys will debut on 1st September 2020.

“Pokémon Journeys: the Series“, the latest television anime series based on the globally popular franchise, will be premiering in the United Kingdom in September 2020 on the POP TV channel, following a “sneak peak” on 25th May, The Pokémon Company International announced today.

This is contrast, however, to a joint announcement made moments earlier with the streaming service Netflix, who will be showing the series in the United States and possibly other unidentified territories from 12th June 2020. In North America, the series will be released in 12 episode batches starting on that date, and continuing every three months. This news may come as a disappointment to those expecting a similar UK release on Netflix, given that the service obtained global rights (excluding Japan and Korea) to the CGI remake film Pokémon the Movie: Mewtwo Strikes Back Evolution, which premiered earlier this year.

The twenty-third season based on Game Freak’s monster-catching franchise, “Pokémon Journeys: the Series” debuted in Japan in November 2019. While released alongside the Pokémon Sword and Pokémon Shield video games, the new anime forgoes the tradition of having Ash exclusively travelling around the games’ new region, and instead sees him and companion Goh travel across the vast Pokémon world, with episodes seeing them visit everywhere from Kanto, to Unova, Galar and more.

The series has been a popular topic on social media since its Japanese premiere, with it being hard for fans waiting for a legitimate overseas release to avoid seeing spoilers in the headlines of major gaming and pop culture websites, so UK based fans may unfortunately have to keep avoiding spoilers for a few more months.

POP has been known to broadcast anime content such as Dragon Ball Super, and is available on Freeview 206, Sky 616, Virgin 736 and Freesat 603. 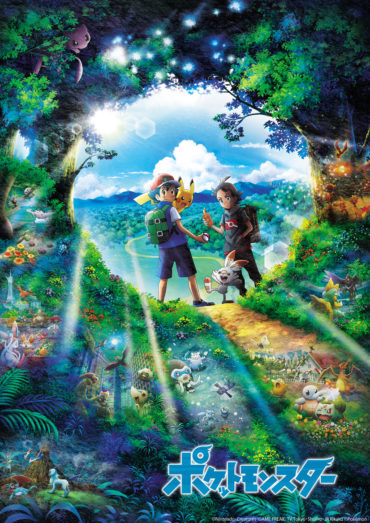