We are almost approaching the start of the Winter 2021 anime season, and distributor Funimation has recently announced their first batch of anime they will be streaming on their platform for the United Kingdom, Ireland, United States, Canada and more over on their official website. Many of these titles will also stream exclusively on their platform for the UK, IE, US & CA territories.

Their Twitter post also confirmed they will stream more than 30 anime titles this upcoming season, which is expected to also count returning titles like Black Clover Season 4, Higurashi: When They Cry Gou, and King’s Raid. 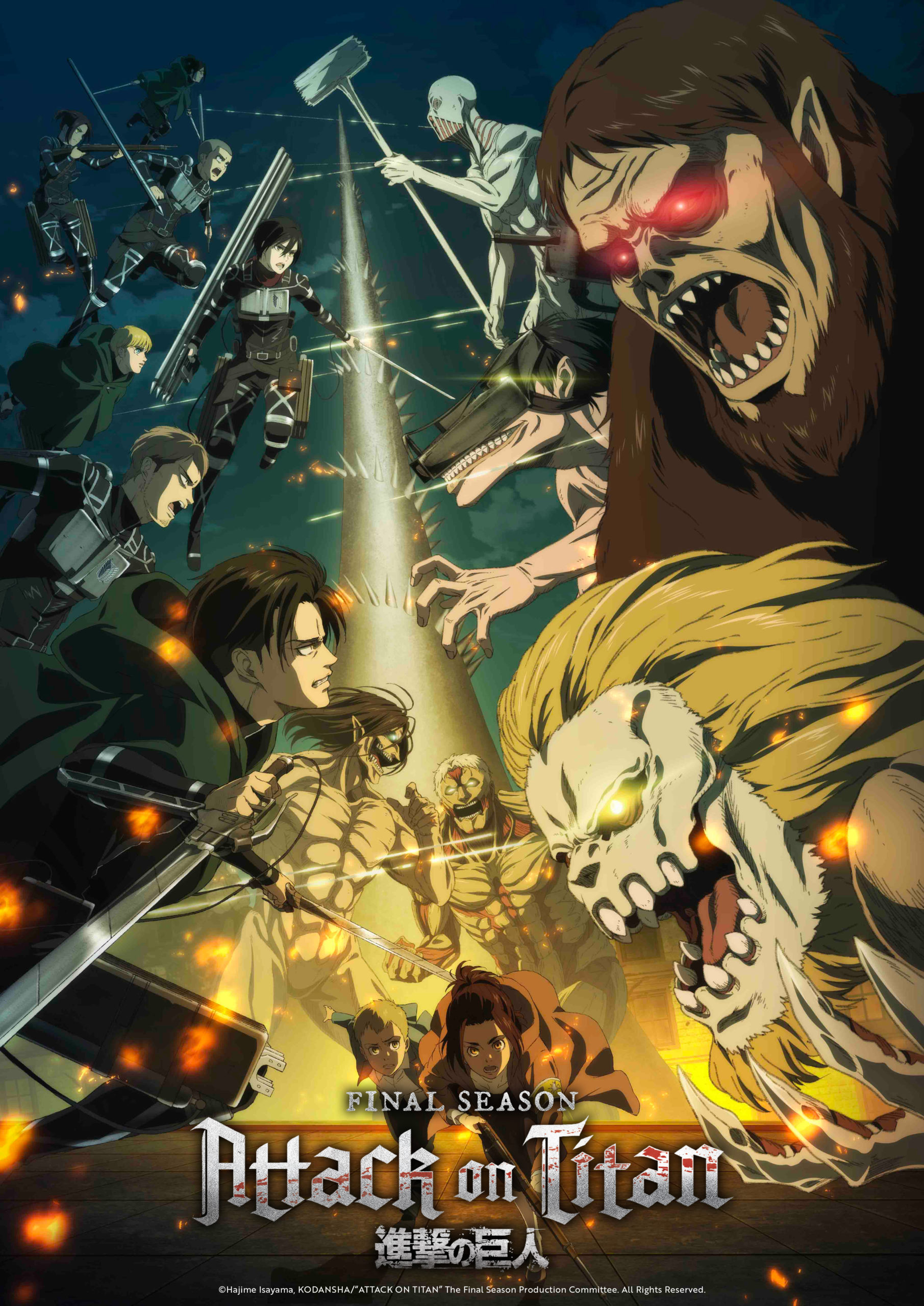 Starting off with a series that has already begun streaming and is technically part of the Winter 2021 anime season with Attack on Titan (Shingeki no Kyojin): The Final Season from studio MAPPA. You can watch the series in Japanese audio with English subtitles every Sunday at 8:45pm GMT with an English simuldub planned. The series is also simulcasting on Crunchyroll. 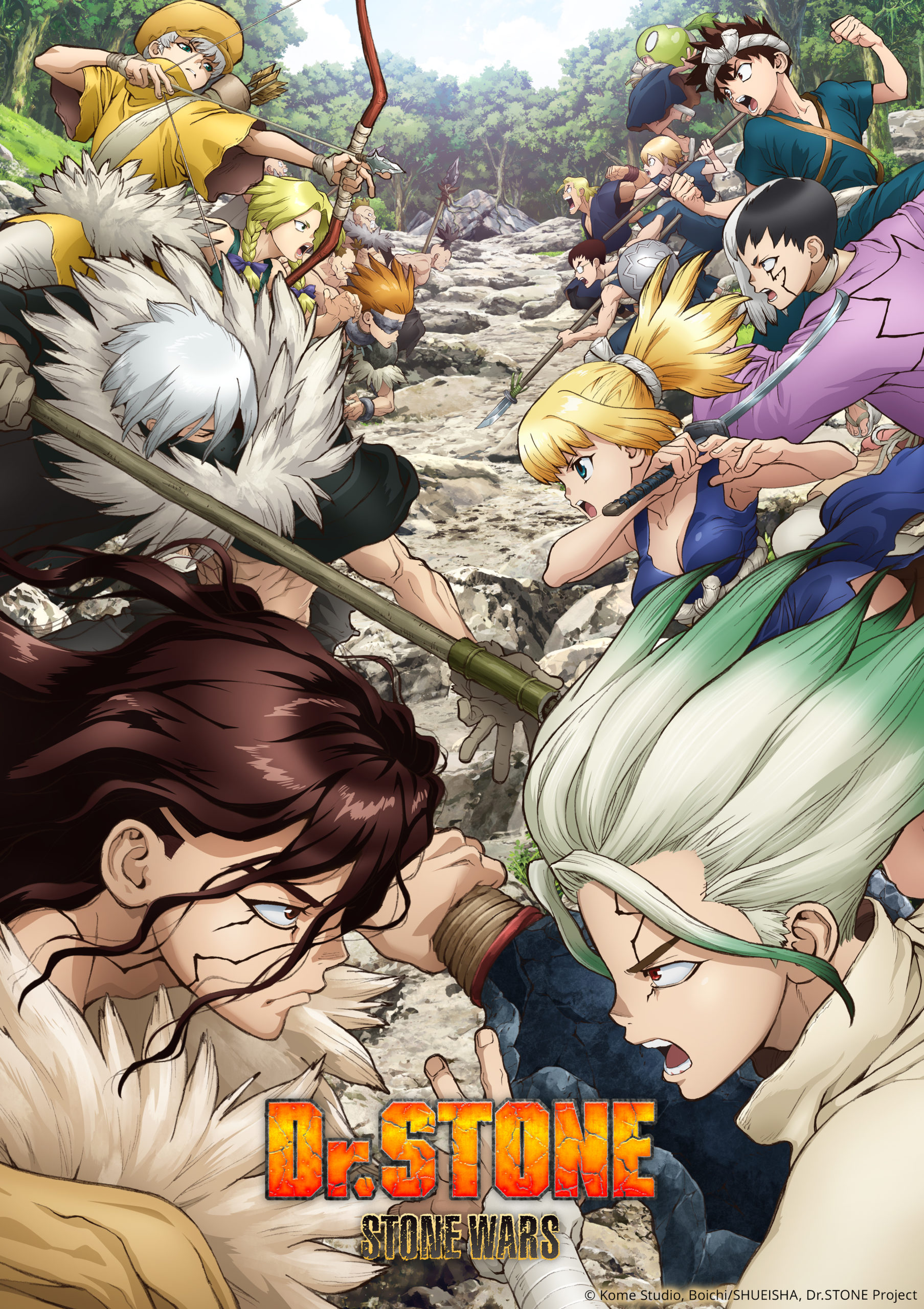 The second title that will also make a return is Dr. STONE: Stone Wars from studio TMS Entertainment. The series will join Funimation’s English simuldub at an unspecified launch window, while the subtitled version will be available on Crunchyroll. In the meantime, you can also watch the first season dubbed on Funimation and subtitled on Crunchyroll.

“Modern society is lost when a mysterious light leaves everyone petrified in stone! Thousands of years in the future, super genius Senku awakens and begins restoring civilization with his Kingdom of Science.

Now as he sets down blueprints for a smartphone in the stone world, Tsukasa and his Empire of Might prepare for the upcoming war. Who will be the victor in the fight for humanity?” 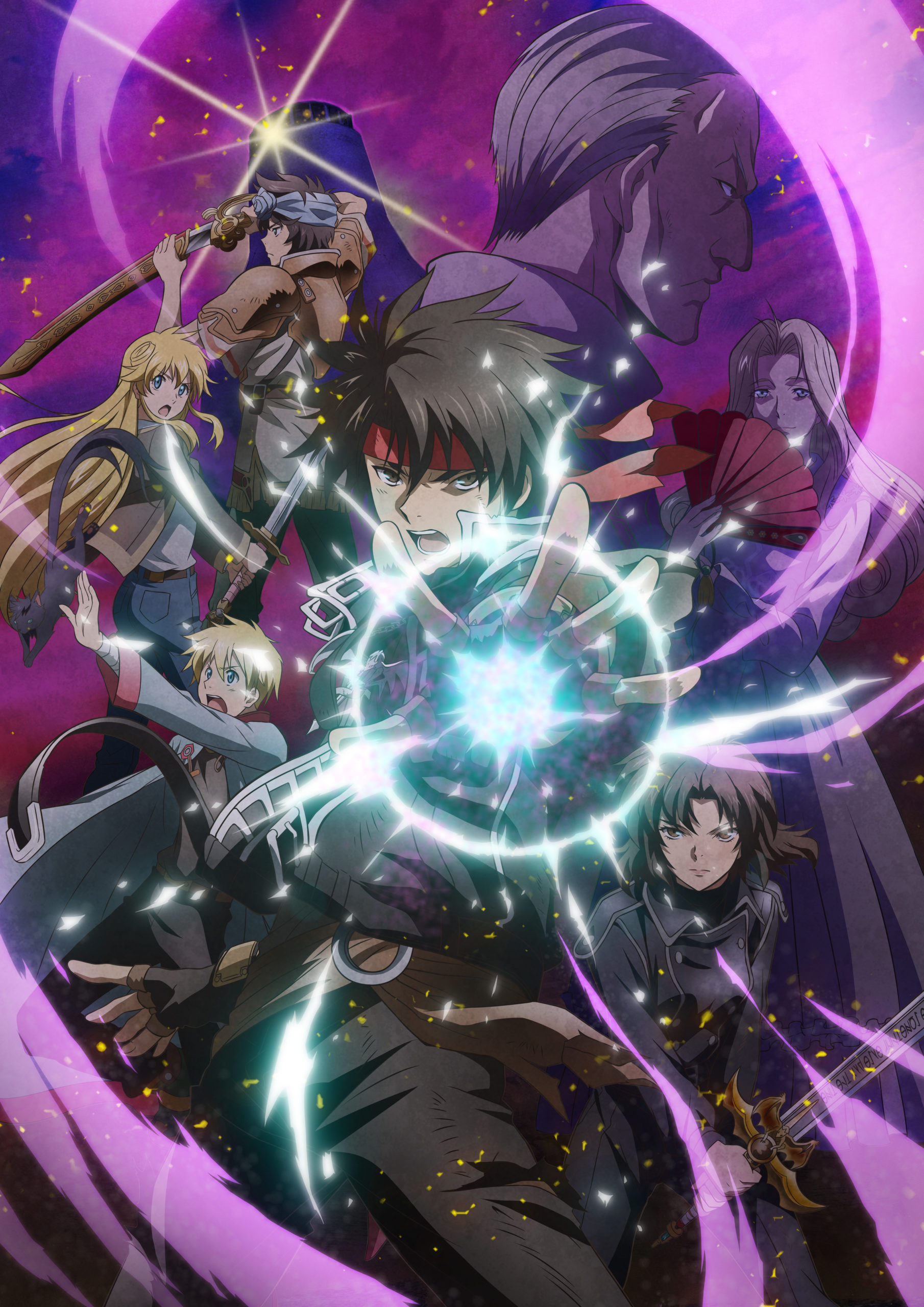 The third title making a return is Sorcerous Stabber Orphen: Battle of Kimluck from studio Deen. The series will begin simulcast starting Wednesday 20th January in Japanese audio with English subtitles. The first season is available to stream dubbed on Funimation.

“The stage this time is the “holy city” of Kimluck, whose doctrine is the eradication of magicians. They are the historical enemies of Orphen and graduates of the Tower of Fang. Orphen understands now that Azalie wants to inherit the will of her teacher, Childman. Orphen and his traveling companions head for Kimluck in search of the secrets of the world.

However, a fierce battle with the “Death Teacher” awaited them. What is the hidden secret of the world revealed in Kimluck? Who is the successor!?” 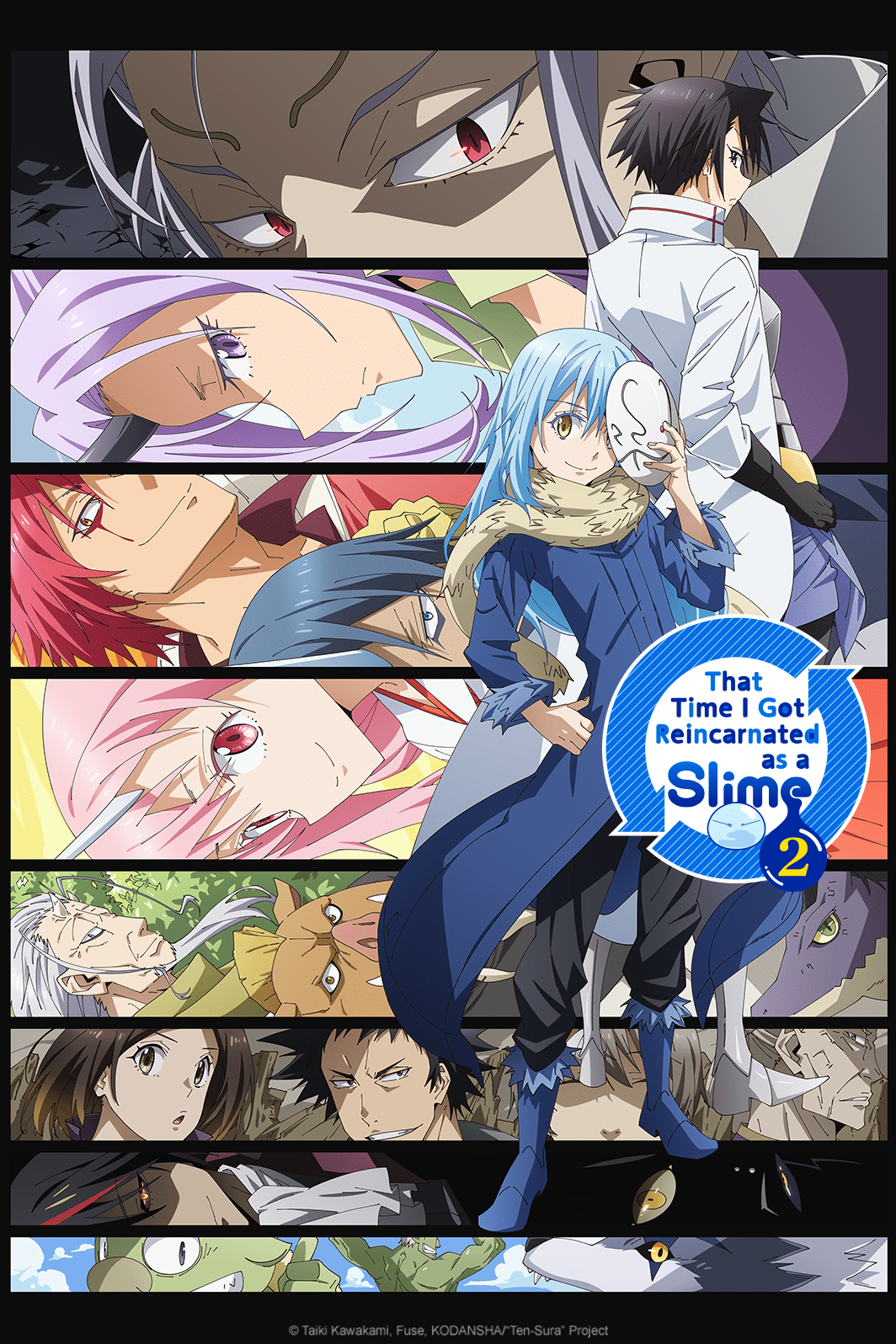 Another series making a return is That Time I Got Reincarnated as a Slime (Tensei shitara Slime Datta Ken) Season 2 from studio 8-bit. The series will join Funimation’s English simuldub at an unspecified launch window, while the subtitled version will be available on Crunchyroll. In the meantime, you can also watch the first season and its OVAs dubbed on Funimation and subtitled on Crunchyroll.

Now that the Jura Tempest Alliance is growing even further, they will now be meeting the animal kingdom of Eurazania, reuniting with King Gazel, rising tensions between monsters and humans, and Rimuru encountering the strongest enemy he’s ever faced.” 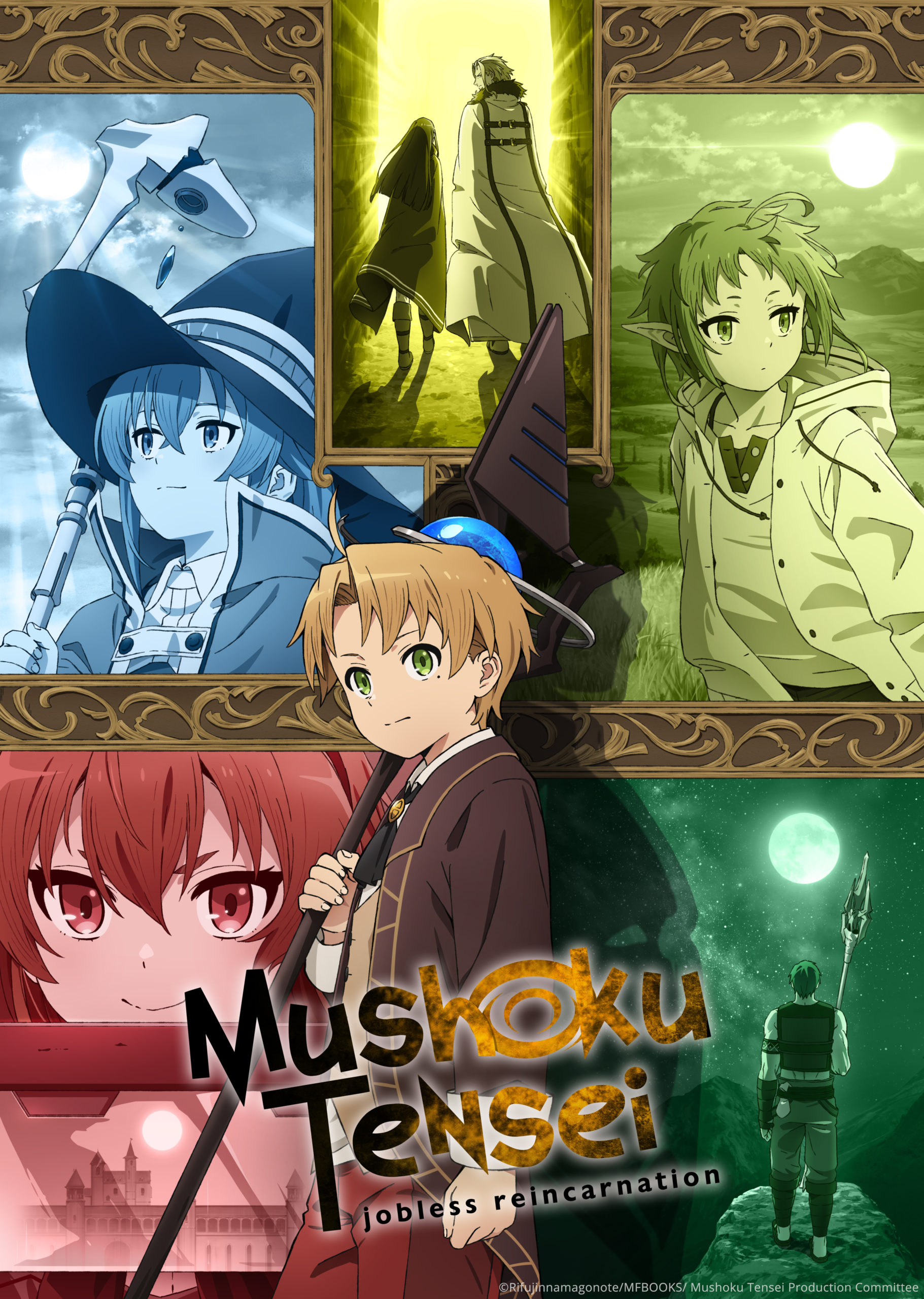 “When a 34-year-old underachiever gets run over by a bus, his story doesn’t end there. Reincarnated in a new world as an infant, Rudy will seize every opportunity to live the life he’s always wanted.

Armed with new friends, some freshly acquired magical abilities, and the courage to do the things he’s always dreamed of, he’s embarking on an epic adventure – with all of his past experience intact!” 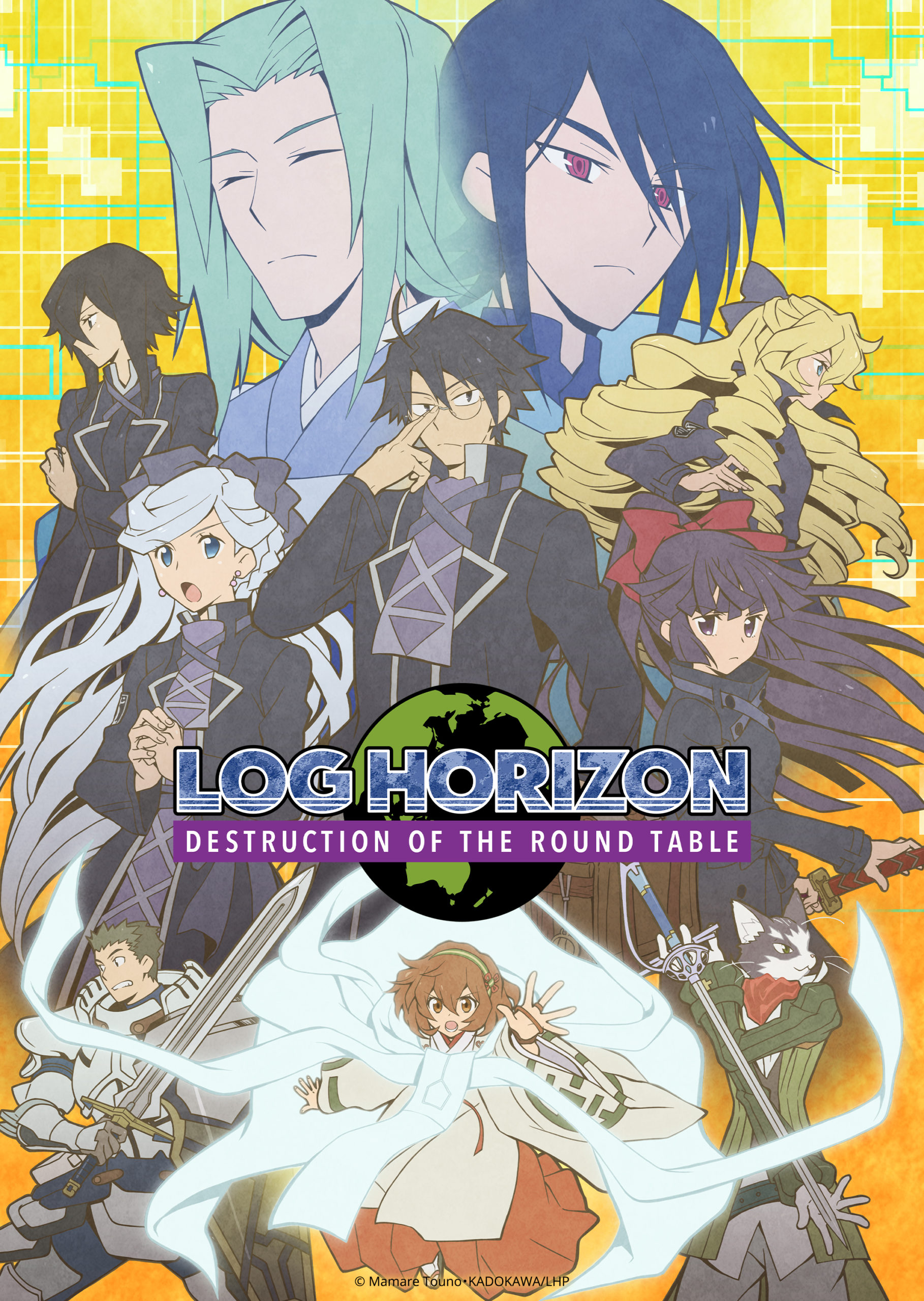 From here on, every title mentioned has been listed as a Funimation exclusive. The first is Log Horizon: Destruction of the Round Table (Log Horizon: Entaku Houkai) from studio Bind. Currently, it will begin simulcast starting Wednesday 13th January in Japanese audio with English subtitles.

“It’s been a year since Shiroe and his friends were trapped in Akiba due to the Catastrophe. Their forging of the Round Table has brought order and prosperity to its people.

But fracturing political alliances and the constant menace of the Genius monsters threaten to destabilize all they’ve fought for and built. Can faith be restored and they persevere, or is its destruction truly inevitable?” 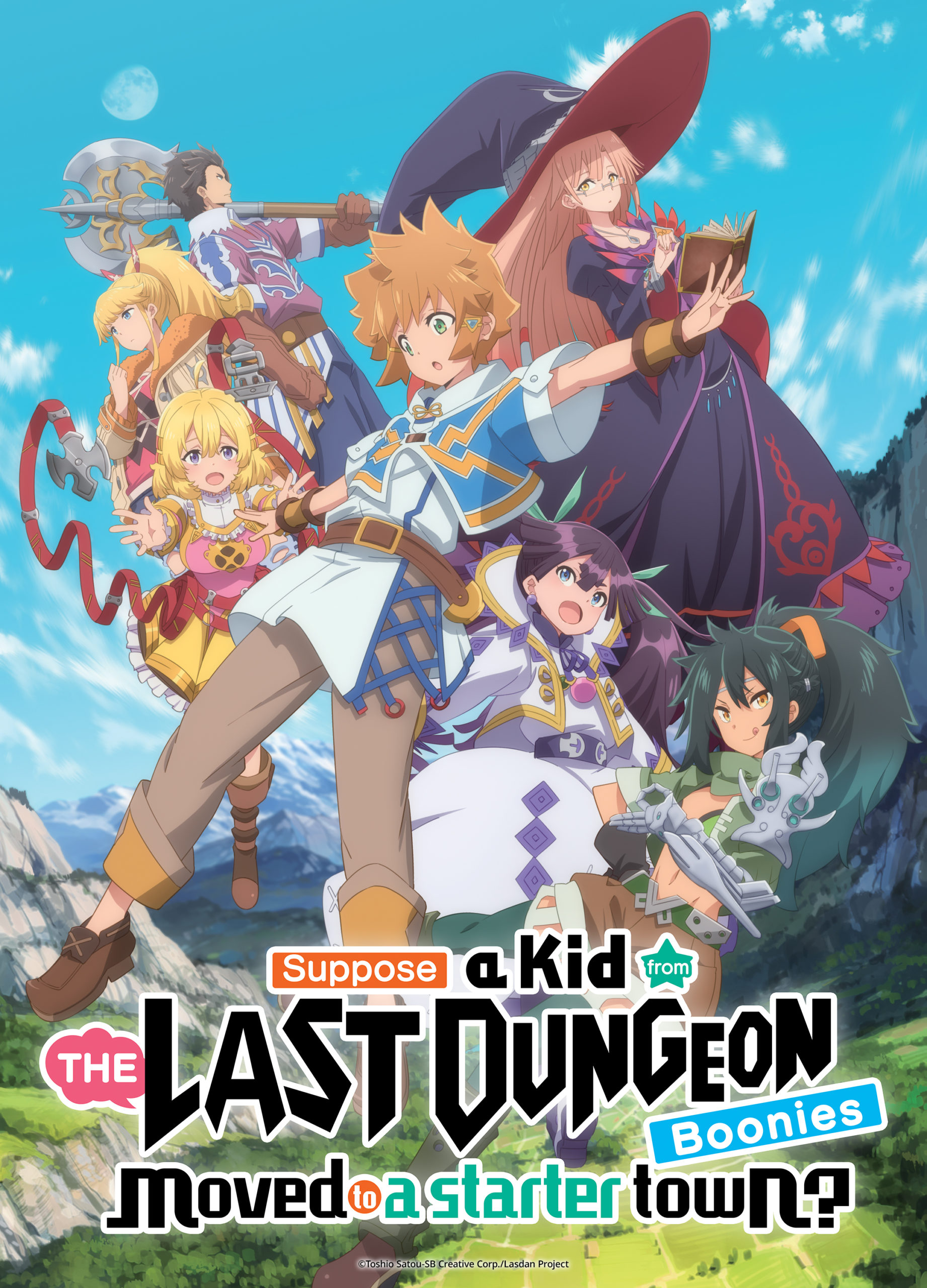 “Considered a weakling his entire life, novice adventurer Lloyd leaves his village located at the fringe of the mortal world to fulfill his dream of becoming a soldier.

When he arrives at the capital, the people discover that this oblivious kid from hard knocks might be more powerful than anyone expected.” 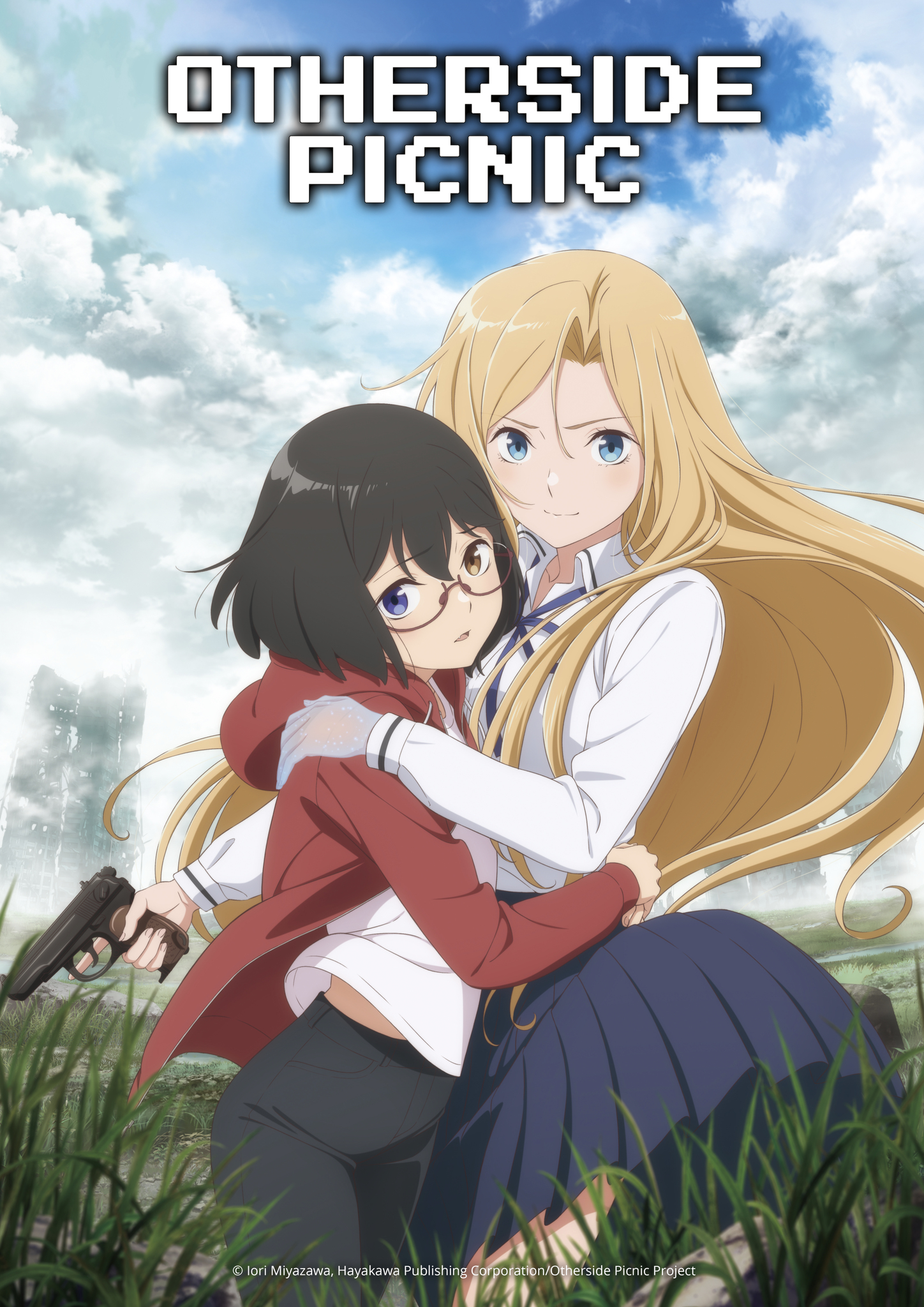 “Moments from death, Sorawo is saved by the mysterious Toriko in the Otherside. Attracted to its beauty, she soon discovers that this dimension is inhabited by monsters once thought imaginary.

Joining with Toriko in her search for a missing friend, they set out to explore this nightmare-realm and maybe make a little money. What they encounter could bring enlightenment – or drive them mad!” 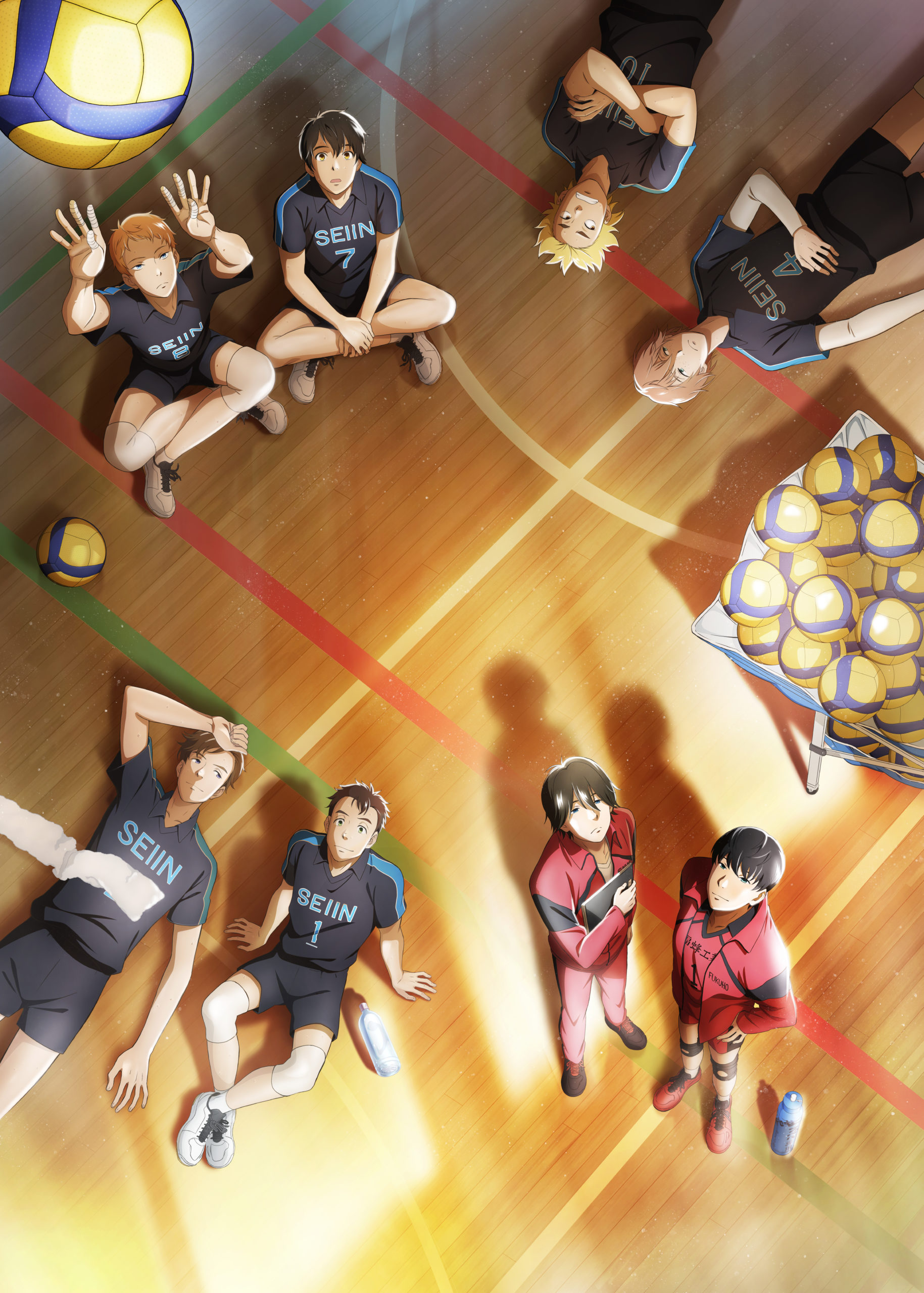 “Kimichika Haijima leaves Tokyo behind and returns to his childhood home where he’s reunited with an old friend, Yuni Kuroba. The two become an ace pair on the volleyball court but at the last tournament before graduation a fight causes the duo to split.

Now reunited in high school, they are forced to mend their relationship in order to achieve their dreams of making it to the top.” 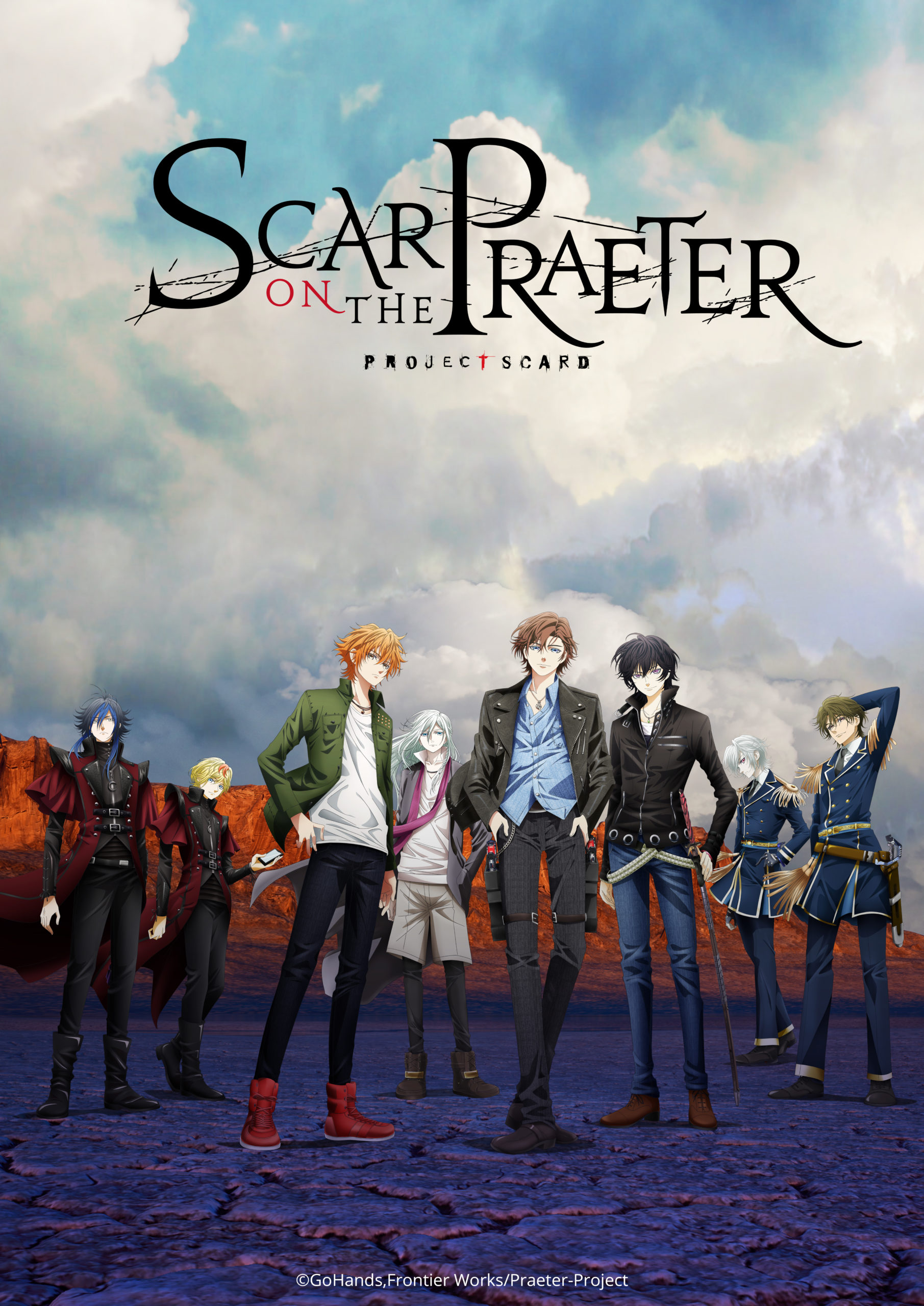 “After a rebellion in the Akatsuki Special Ward of Tokyo, the government collapses and citizens are left to fend for themselves. With Divine Tattoos that each possess unique powers, agents known as the Scard rise up to become the protectors of peace.

But loyal to three contending organizations, they’ll have to face more than just criminals in order to serve their own definitions of justice.”

More titles will be announced for the streaming platform, so stay tuned for further news throughout the coming weeks. 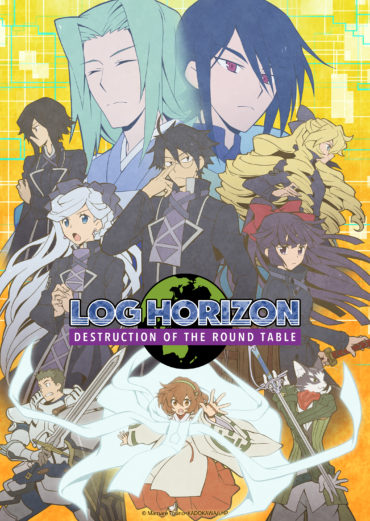