Streaming service Crunchyroll has revealed the first batch of anime they will be streaming as part of the Summer 2021 season in July. The first batch covers a couple titles previously announced before but also a few new additions to the mix. There are currently 12 more titles unannounced as of this write-up.

This article has been updated as of Thursday 8th July, with additional trailers and links to the show pages when available. 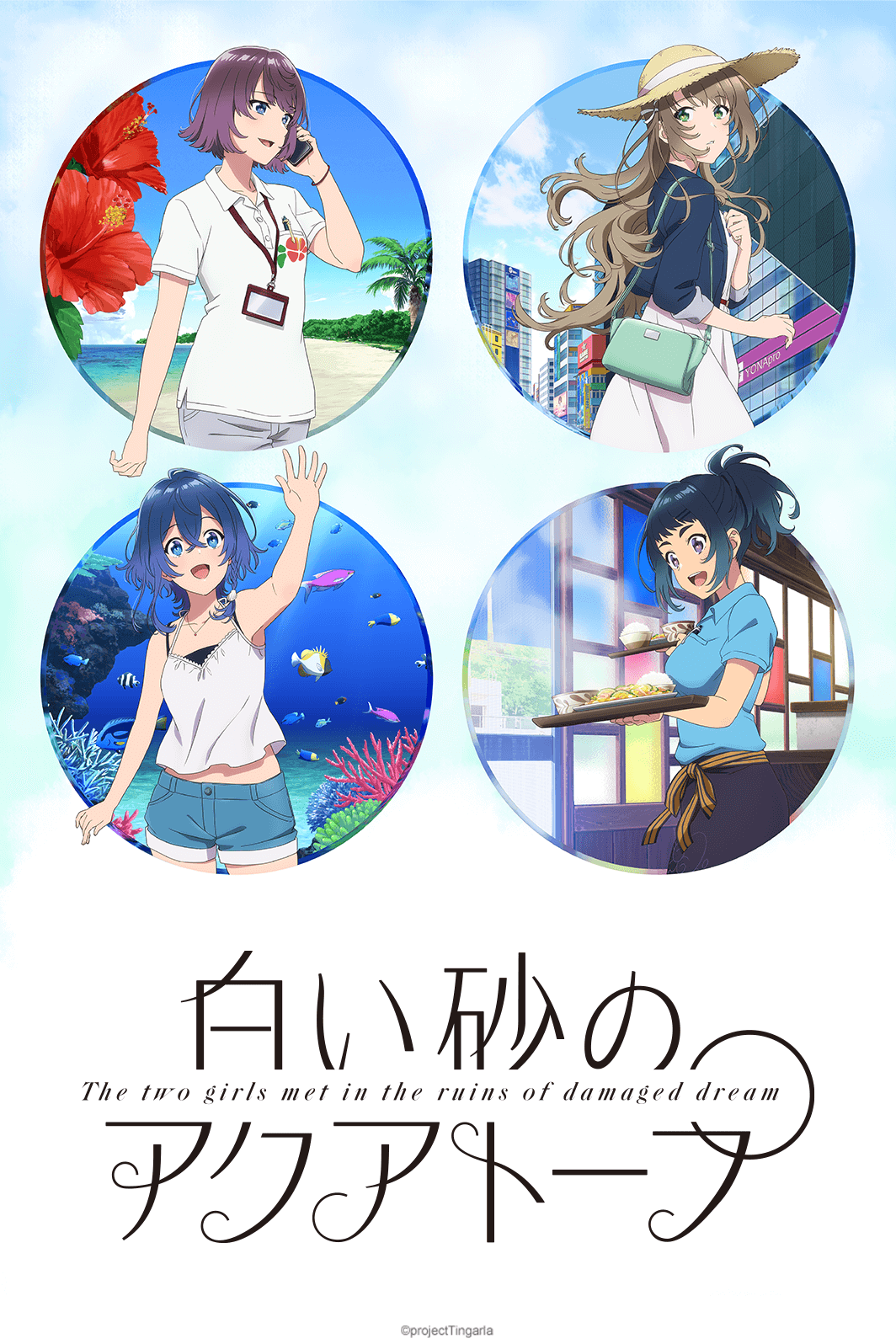 The Aquatope on White Sand (Shiroi Suna no Aquatope)

“A “girl-meets-girl” ensemble youth drama set in Nanjō City, Okinawa, Aquatope of White Sand tells the story of Fuuka Miyazawa, a former idol who gives up on her dreams in Tokyo and moves to Okinawa, and Kukuru Misakino, a high school girl who serves as the acting director of the Gama Gama Aquarium. Kukuru invites Fuuka to work at the aquarium, but the aquarium is in a financial crisis and is on the verge of shutting down.”
Plot Synopsis via Crunchyroll 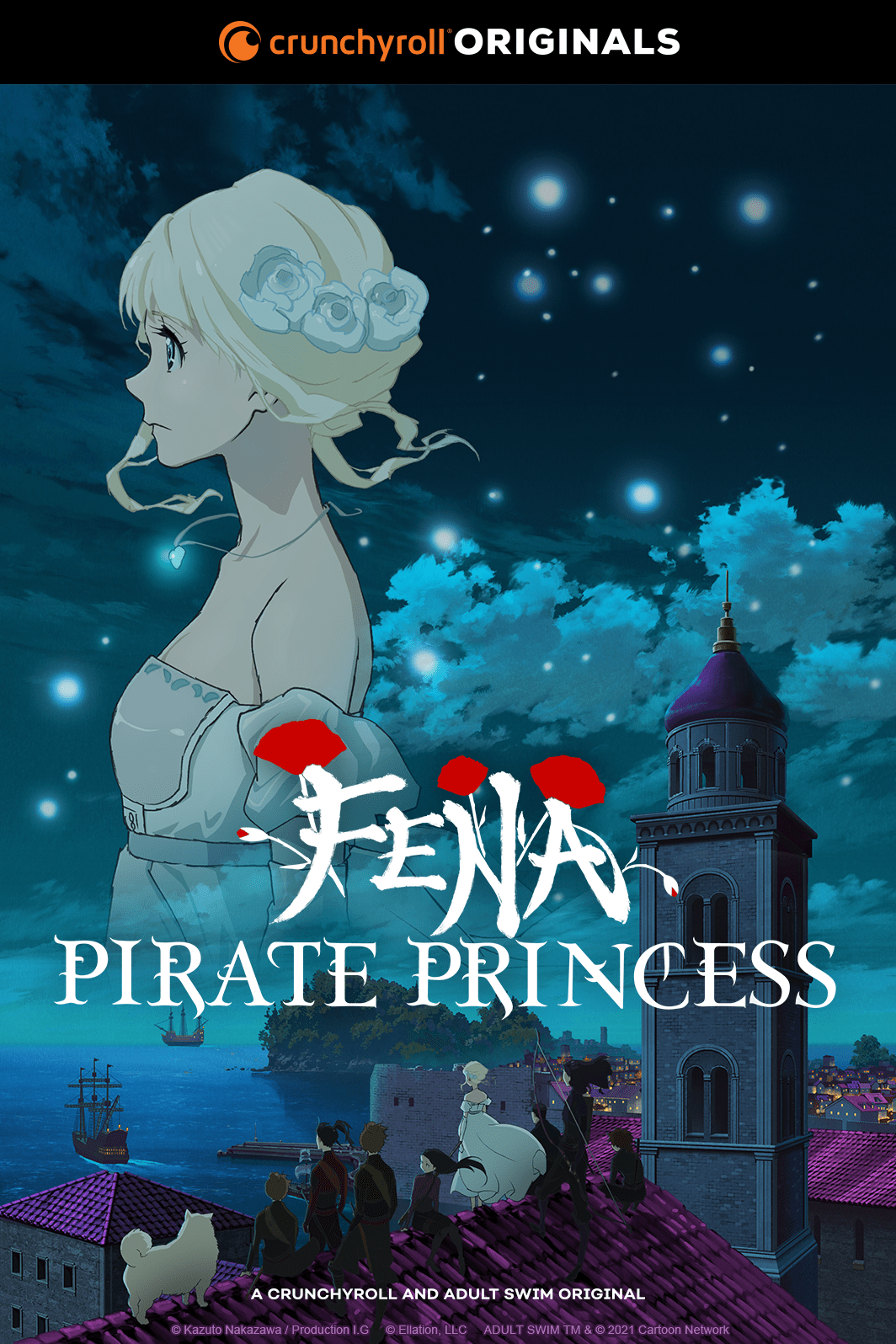 “Fena Houtman remembers little about her childhood. Orphaned and raised as a servant in a brothel, her life changes when she escapes to an island of pirates where she discovers the truth behind her family. With Fena being the only one able to unlock her family’s secrets, and a formidable crew of female pirates on her tail, she must take her place as captain of her Samurai crew for a high seas adventure!”
Plot Synopsis via Crunchyroll 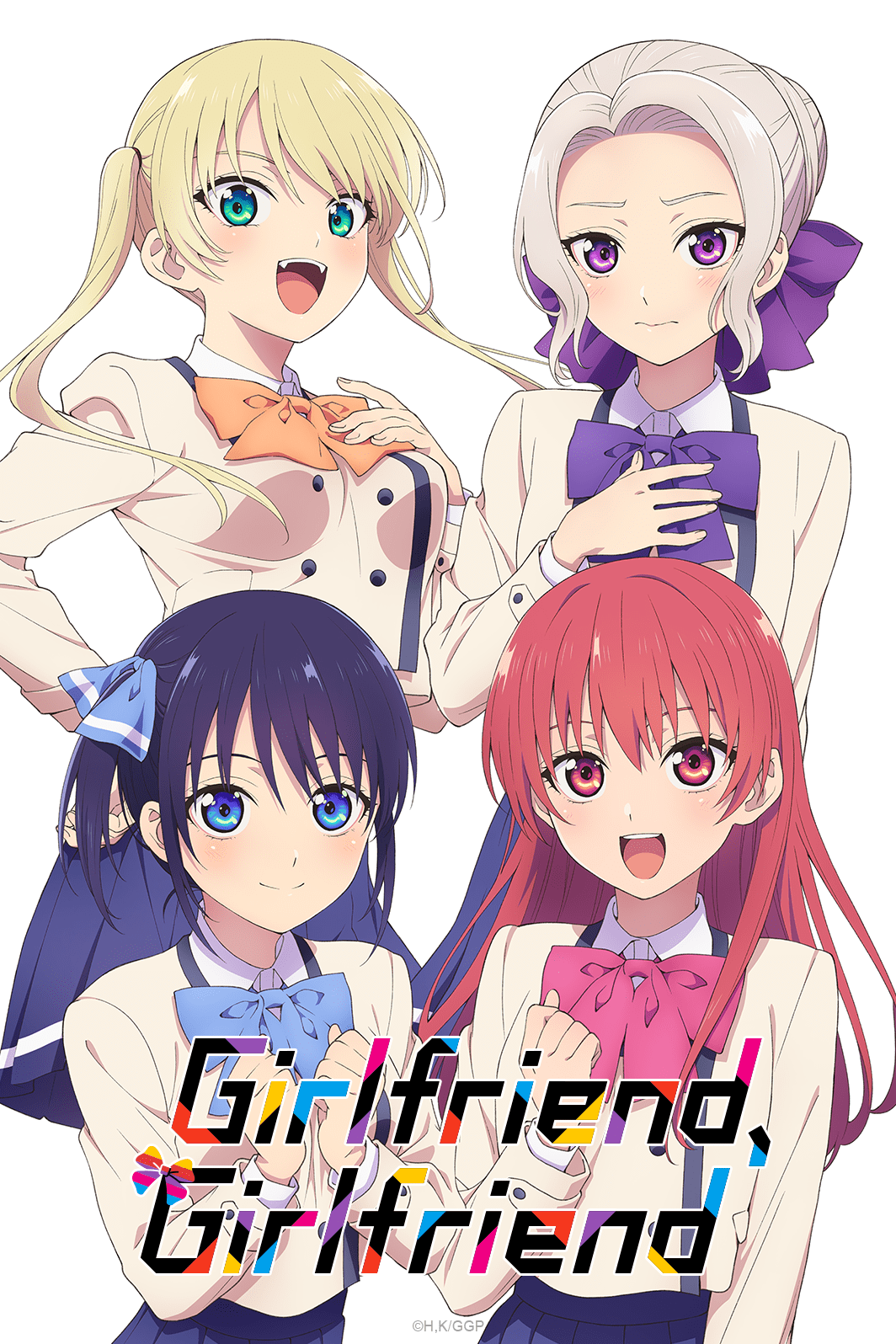 Based on manga series by Hiroyuki, and adapted into an anime by studio Tezuka Productions. New episodes simulcast every Friday at 8:00pm BST.

“Naoya just got a girlfriend, the gorgeous Saki-chan, and though their intensities often pit them against each other like ice and fire, they’re totally, uncontrollably in love with each other. He vos never to cheat…when out of the blue he recieves another confession! Nagisa’s cute, sweet, and she’s made him lunch to boot! He knows he can’t cheat, but he can’t let a cutie like this get away…so he does the logical(?) thing: Asks Saki for permission to date them both! The confidence! The arrogance! The very gall! No matter the outcome, Naoya’s future will be lively!”
Plot Synopsis via Kodansha 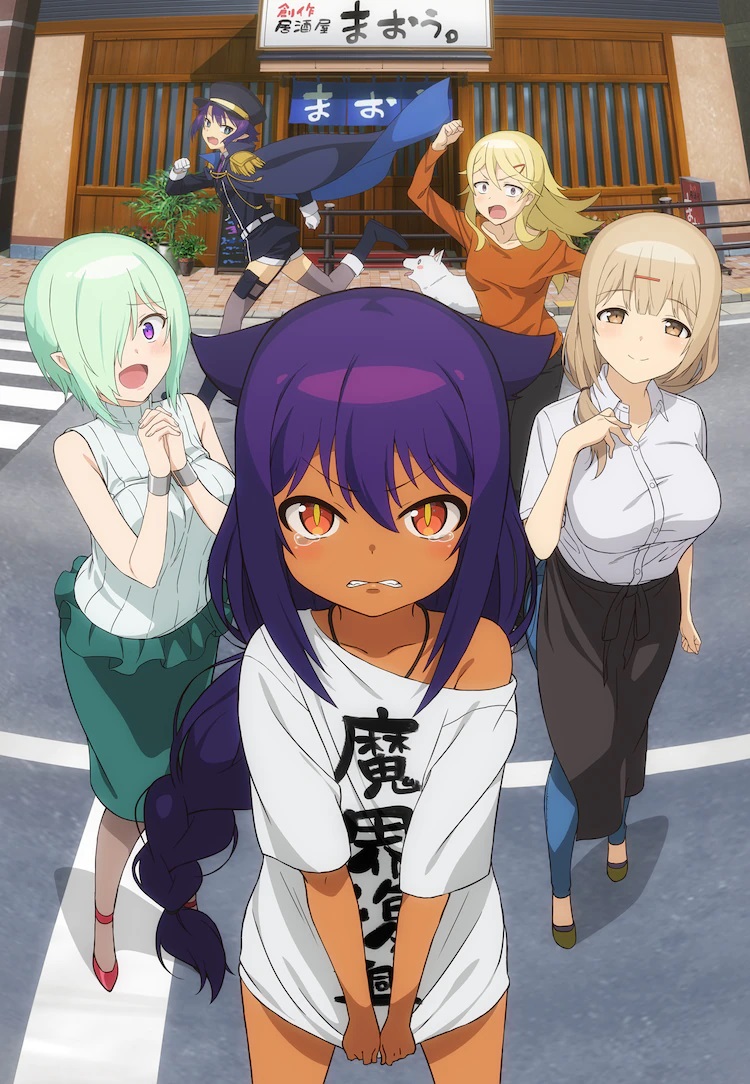 Based on manga series by Wakame Konbu, and adapted into an anime by studio SILVER LINK.

“The Great Jahy, the Dark Realm’s second-in-command, cuts a frightening figure, feared and revered by all. But when a run-in with a magical girl results in the destruction of the precious mana crystal, the Dark Realm falls, transporting the newly puny and powerless Jahy to the human world! Unfortunately, plotting the revival of the Dark Realm from a cramped, crumbling one-room apartment is no easy feat when you have rent to pay and a job to keep!”
Plot Synopsis via Square Enix Manga 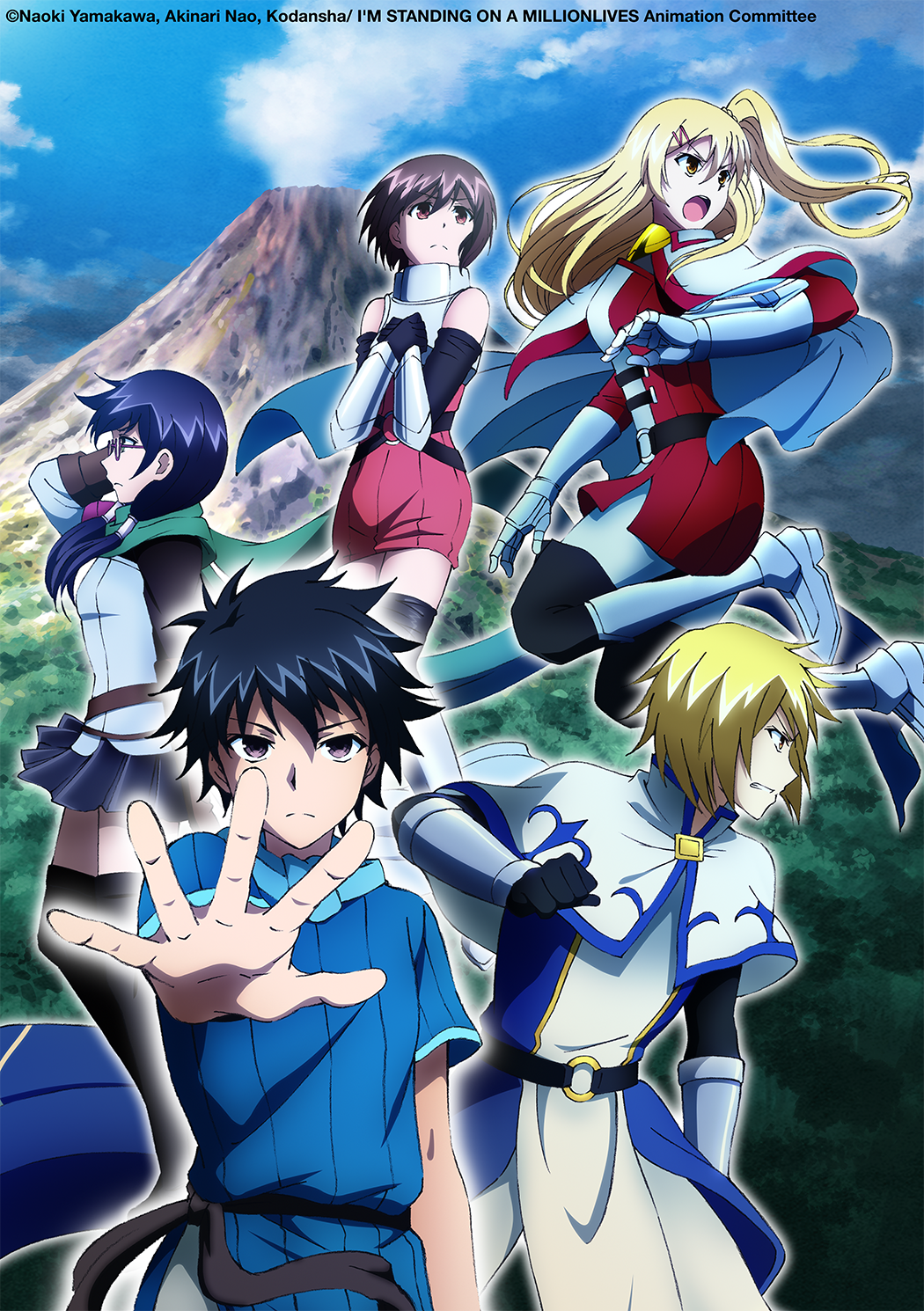 Based on manga series by Naoki Yamakawa, and adapted into an anime by studio Maho Film.

“Aloof and logical middle school third-year Yusuke Yotsuya is transported to a game-like alternate world. He becomes a third player and takes on a dangerous quest with his classmates Iu Shindo and Kusue Hakozaki, who were transported there earlier. The cold Yusuke eschews emotionalism and examines all elements with detachment, sometimes even toying with the lives of his companions. Can he protect his party from attacking monsters, difficult incidents, and powerful scheming enemies and win the game?”
Season 1 Plot Synopsis via Crunchyroll 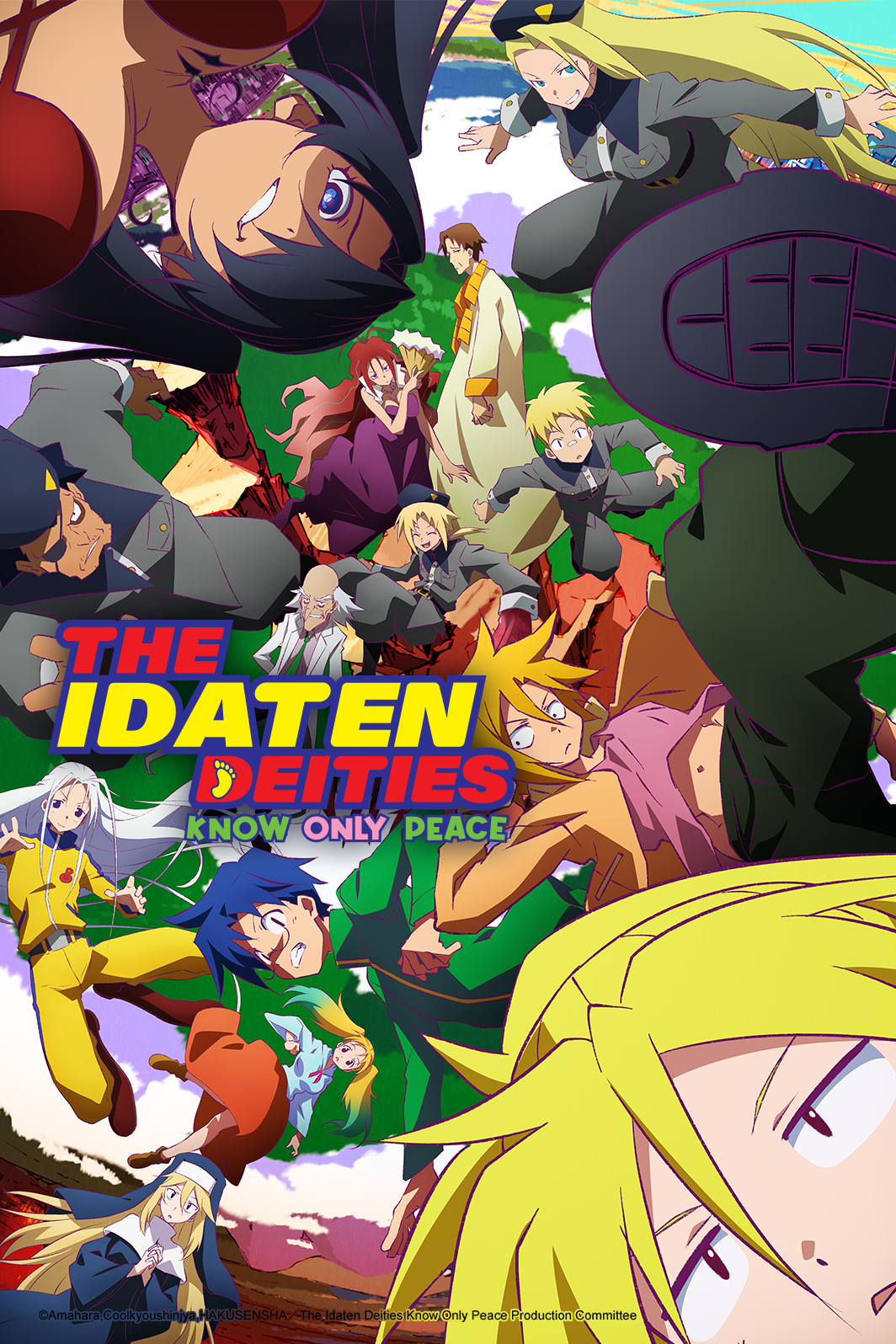 Based on manga series by Amahara, and adapted into an anime by studio MAPPA.

“Eight hundred years have passed since the warrior god Itaden sealed away the demons and saved humanity from the brink of extinction. Now peace reigns over the land, and the battle between Itaden and the enemies of humanity is little more than an ancient myth. Suddenly, the demons revive from their long slumber and confront the descendants of Itaden, none of whom have ever fought a real battle before, and a no-holds-barred three-way conflict erupts between the demons, the battle-gods, and the forces of humanity.”
Plot Synopsis via Crunchyroll 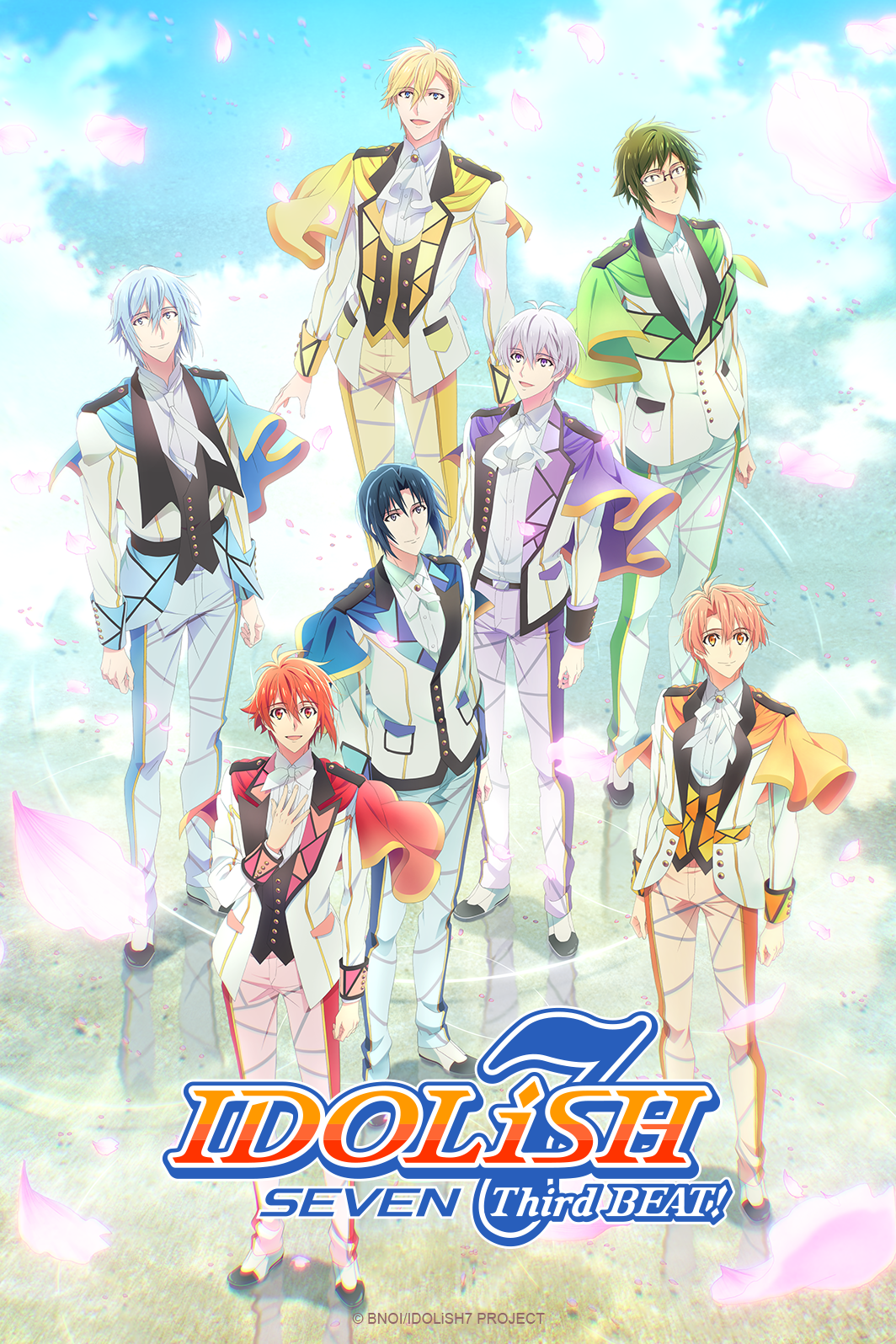 Based on game by Bandai Namco Games and adapted into an anime by studio TROYCA. New episodes simulcast every Sunday at 3:00pm BST.

“A group of aspiring idols gather at Takanashi Productions and are entrusted with the company’s future. The seven men who have just met represent a variety of totally different personalities. However, they each have their own charm and possess unknown potential as idols. Forming a group, they take their first step together as “IDOLiSH7.” Their brilliantly shining dancing forms onstage eventually begin captivating the hearts of the people. In the glorious but sometimes harsh world of idols, they aim for the top with dreams in their hearts!”
Season 1 Plot Synopsis via Crunchyroll 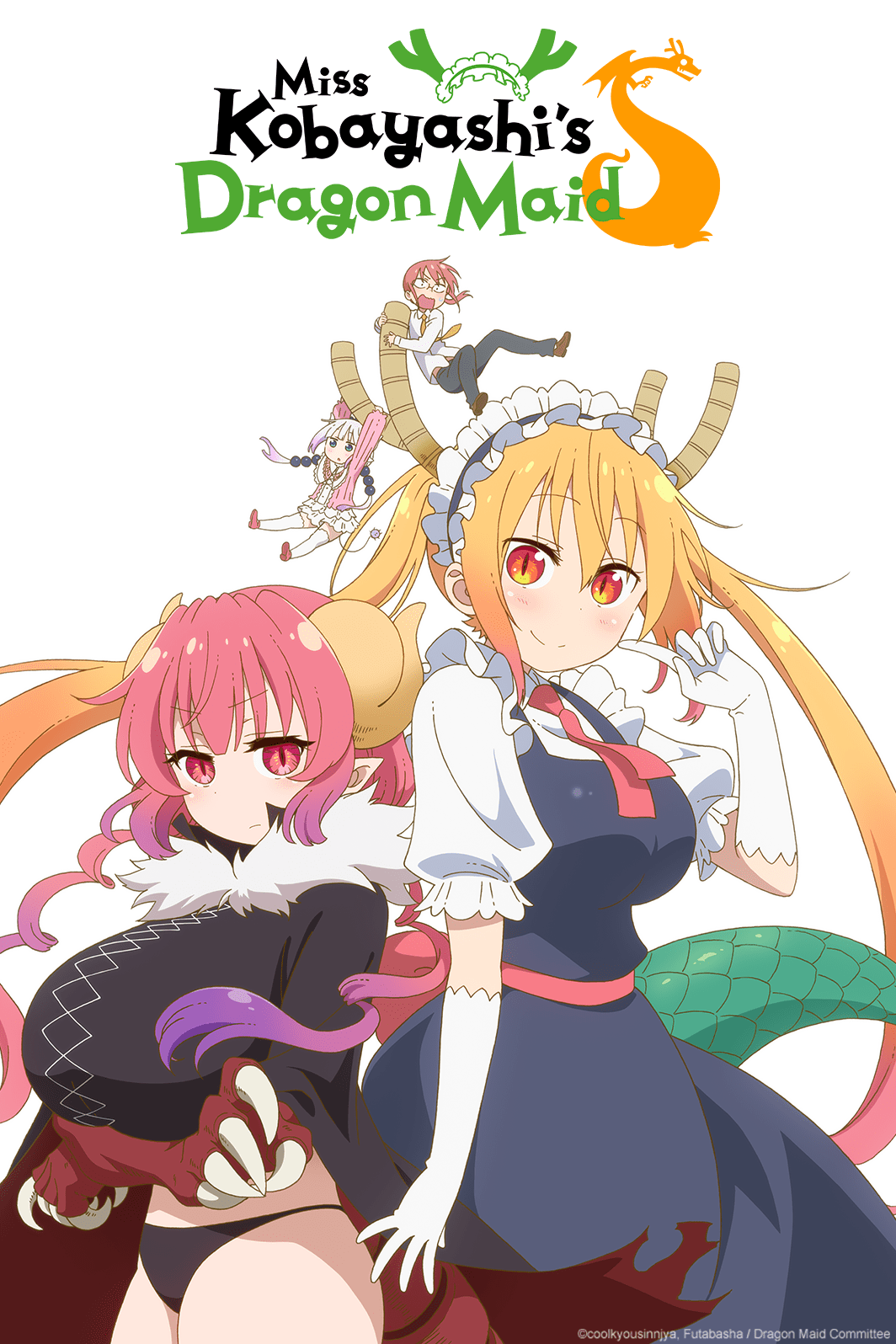 Based on manga series by Cool-kyou Shinja, and adapted into an anime by studio Kyoto Animation. New episodes simulcast every Wednesday at 5:00pm BST.

“Miss Kobayashi is your average office worker who lives a boring life, alone in her small apartment–until she saves the life of a female dragon in distress. The dragon, named Tohru, has the ability to magically transform into an adorable human girl (albeit with horns and a long tail!), who will do anything to pay off her debt of gratitude, whether Miss Kobayashi likes it or not. With a very persistent and amorous dragon as a roommate, nothing comes easy, and Miss Kobayashi’s normal life is about to go off the deep end!”
Season 1 Plot Synopsis via Crunchyroll 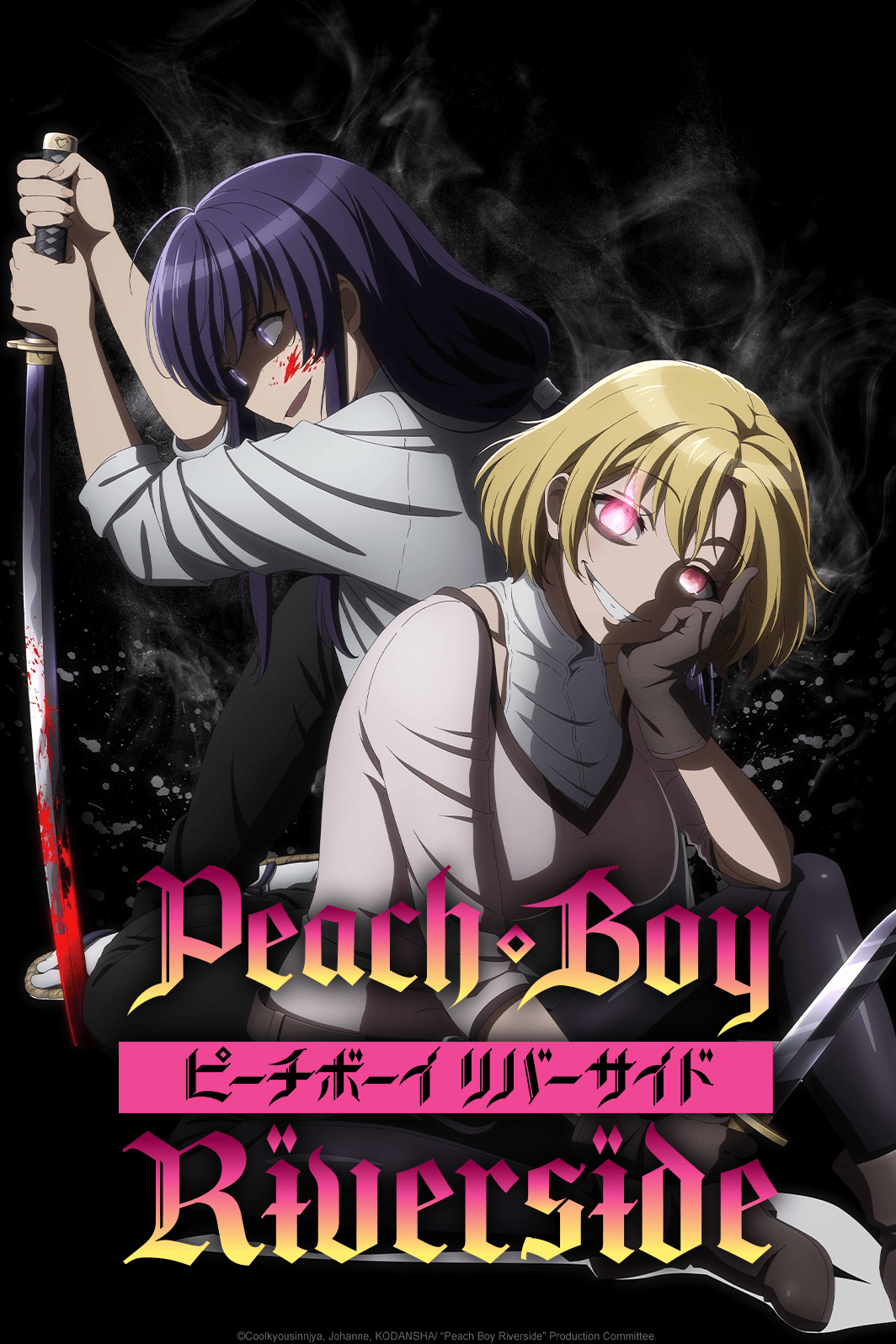 Based on manga series by Cool-kyou Shinja, and adapted into an anime by studio Asahi Production. New episodes simulcast every Thursday at 3:30pm BST.

“Saltherine Aldarake, princess of the Kingdom of Aldarake, dreams of traveling the world—a dangerous dream in a land where monsters roam the countryside as they please, and humans live behind high, strong walls. But when a chance meeting with traveler Mikoto gives hope to her dream, he shatters it soon after, as he reveals himself to be none other than Momotaro, ruthless demon-slayer. Though horrified by the gore Momotaro leaves behind, Saltherine is convinced more than ever that she needs to learn about the world beyond her walls, and journeys out…following the steps of the mysterious, charismatic, terrifying boy she met that day…”
Plot Synopsis via Kodansha 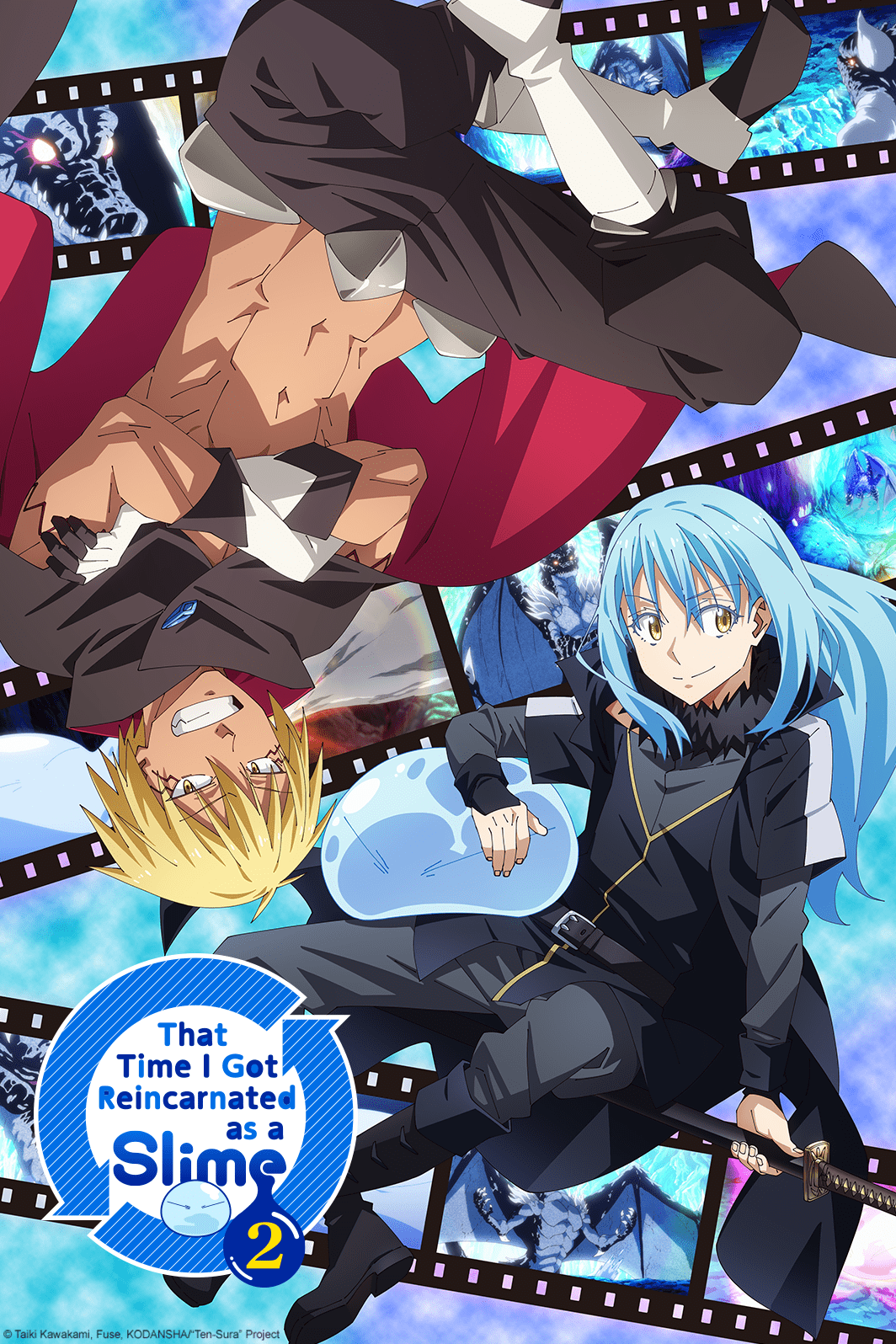 Based on light novel series by Fuse, and adapted into an anime by studio 8bit. New episodes simulcast every Tuesday at 4:00pm BST.

“Corporate worker Mikami Satoru is stabbed by a random killer, and is reborn to an alternate world. But he turns out to be reborn a slime! Thrown into this new world with the name Rimuru, he begins his quest to create a world that’s welcoming to all races.”
Season 1 Plot Synopsis via Crunchyroll 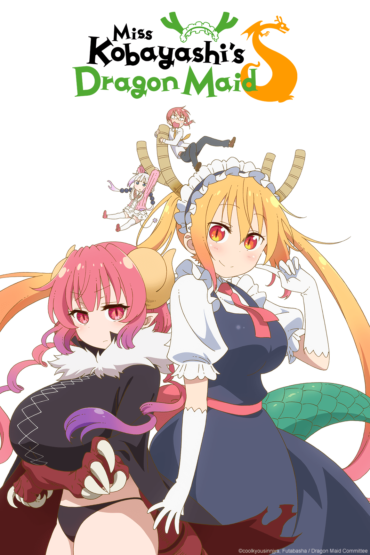 The Summer Season 2021 is over – but how did the new series turn out? Did they live up to their initial promise – or disappoint? The writers at Anime UK News look back at their favourites from the Summer Preview…