This is the final part of this adaptation of Hunter x Hunter, although the chances are that you know this is not the end of the series, due to the original manga being subject to so many hiatuses over the years.

Part 5 starts with the conclusion of the Chimera Ant arc. It follows Gon, Killua and their fellow allies which include other hunters and even ants who have rebelled against the king, whose name we now know to be Meruem, in a final battle to stop the king turning a remote palace into a farm to harvest human meat for him to consume. As well as Meruem, there are three Royal Guards loyal to him that the hunters need to defeat, but the Royal Guards also have their own private motives.

Among the things concerning the ants is Komugi, the blind girl who has been teaching Meruem the fame of Gunji. Komugi is the one person that Meruem has been unable to defeat, and as such is giving him a purpose beyond destruction. The Guards’  view on what to do with her is split, with some wanting to protect her and others planning to kill her. 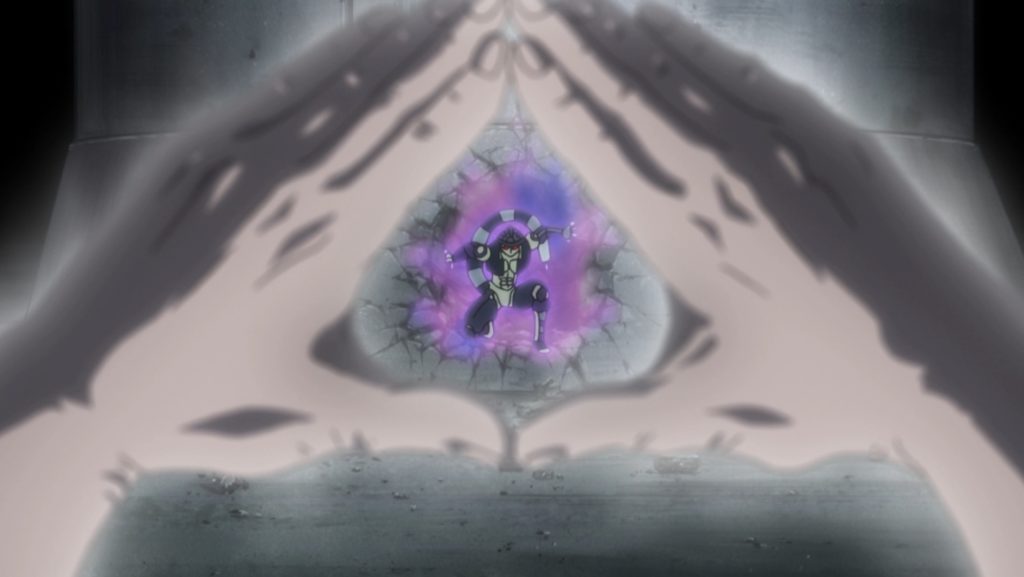 What we do witness in this fight is a destructive battle between Meruem and head of the Hunter Asssociation, Netero, which has ramifications for the final arc of the series, and a battle between Gon and Guard Pitou, whose Nen powers allow him to heal others. Gon plans to use him to heal Kite, but when Gon learns that Pitou is unable to do so, he goes into his ultimate, most destructive mode, complete with a full transformation – resulting in an adult, ripped body with his still small clothes clinging to him, and a gigantic tower of hair flowing upwards. It is the single most dramatic moment in the entire series as Gon gains his full power.

However, it is one that has dire consequences. Following the conclusion of the arc, Gon is so badly injured by his fight, there is seemingly no way he can recover. Killua, however, has the solution: his younger sister Alluka, who has the power to grant wishes but under strict rules that mean that breaking them results in death. Because of this, the rest of the Zoldyck family keep her imprisoned, and don’t refer to Alluka as a girl, calling her a boy or an object. Killua however, the closest to Alluka, decides to use her to restore Gon back to health. While this is going on, an election is held at the Hunter Association, which involves its senior members taking part. One of these people is Gon’s father Ging. Can Gon recover, and can he finally meet his father face-to-face? 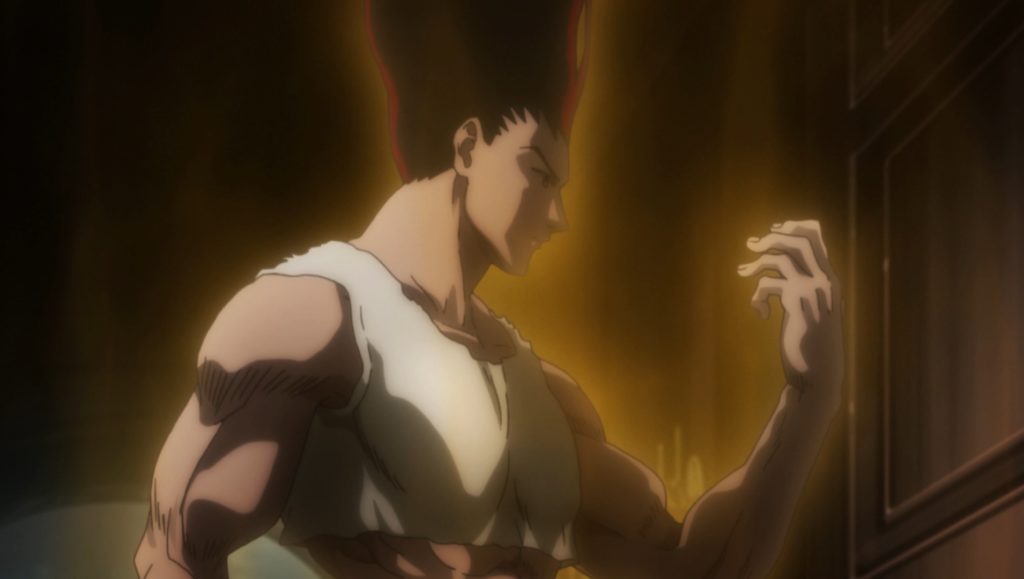 Having been left in the middle of the Chimera Ant arc in the last collection, we see how this story unfolds and reaches its conclusion and it’s worth the wait. As mentioned, the fight between Gon and Pitou is a spectacular sight, depicting Gon at his strongest when the tragedy of Kite results in him being able to use his strongest Nen ability. His strength, appearance, and action all combine into one gigantic and flawless scene. The fight between Meruem and Nereto is also a high point, featuring, as it does, an act of sacrifice which not only turns the tide of the battle, but also gives you a disturbing insight into what humanity is capable off.

The final Election Arc (as it is known) is not really about the election, but about Killua’s attempts to get Gon back to normal. While Gon is ill and thus absent for most of the arc, it is up to other characters to return to make this arc good. As well as Ging, we witness the return of Leorio, who uses his new-found Nen abilities to punch Ging in the face during a conference about the election. This results in him becoming a front-runner in said election. Killua meanwhile has to fight many members of his family, including Illumi, who allies with Hisoka. Sadly, Kurapika remains absent for this part, except for a few non-speaking scenes.

The anime has a pretty nice conclusion, with almost every character appearing in some form or another. However, we know that this is not the real ending. By the time the anime ended in 2014, the manga had reached its 32nd tankobon volume. While the series has been struggling, four more volumes have been released, so we know that there are more stories to be adapted, but whether they ever will remains to be seen. Hunter x Hunter is a great series and it is understandable as to why it has such a dedicated following, but the fact the series is so stop-start is incredibly frustrating. It is something that fans however, are seemingly happy to put up with. 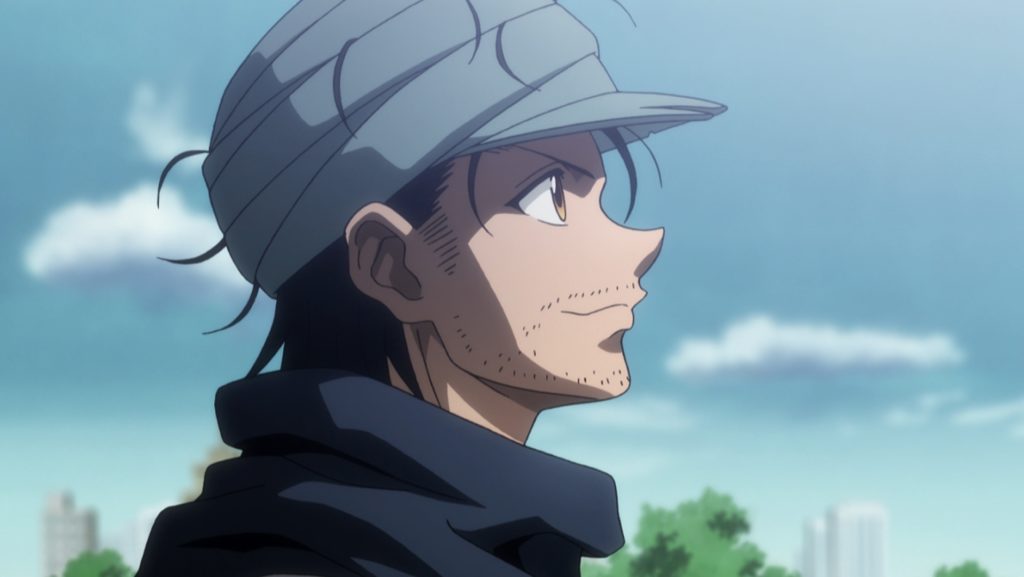 Again, textless opening and closing are the only extras, but the songs used are the same as the ones that were in the last collection, so it doesn’t feel like much of an extra anyway.

While Hunter x Hunter has stirred many emotions in me since I started reviewing these five collections in December, for me the main emotion at the end of this is sadness – partly because of some of the scenes in the series, partly due to the fact I know there is more to be told but I fear it never will get animated, and partly because this Blu-ray collection features something I will never see in a future anime release: the Manga Entertainment logo. I’ll miss them. 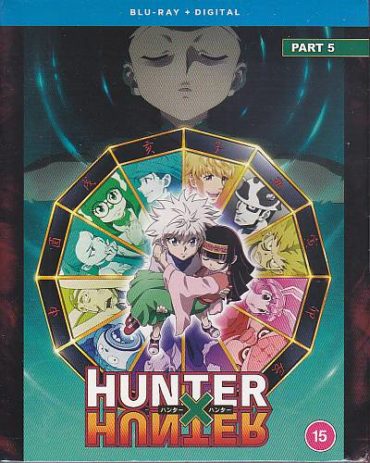