Even if you have never read or seen Hunter x Hunter, it is an anime and manga series that has become one of the most famous around, but not necessarily for good reasons. While it remains one of the most popular series released by Weekly Shonen Jump, the manga by unfortunately frail Yoshihiro Togashi has become infamous for numerous hiatuses.

To put this into perspective, since it began in 1998, Hunter x Hunter has released 36 complete tankobon volumes. In comparison, the original Naruto (1999-2014) ran for 72 volumes, twice as many as the former, despite being younger.

The fact that Hunter x Hunter is so popular despite these constant hurdles it has had to go through, may explain why it has received two anime TV adaptations. The first was by Nippon Animation in 1999, but this ended abruptly in 2001, leading to a 30-episode long OVA series to continue the series after the TV version had ended. The version being reviewed here however is the second TV adaptation, created by Madhouse and which ran from 2011 to 2014, with two movies also being released in 2013.

Set in a different version of the world to our own, it begins on Whale Island, the home of Gon Freecss. Gon is a young boy who wishes to follow in his father Ging’s footsteps and become a Hunter, a licensed individual who is tasked with hunting all kinds of things. Some hunters search for treasure, others animals, others people. He is only permitted to take the strenuous Hunter Examination after he fulfils his aunt Mito’s task of hunting down Whale Island’s monster of the swamp, which he does with his trusty fishing rod (imagine Bob Mortimer if he had stuck to fishing all of his life rather than comedy, or indeed Paul Whitehouse). 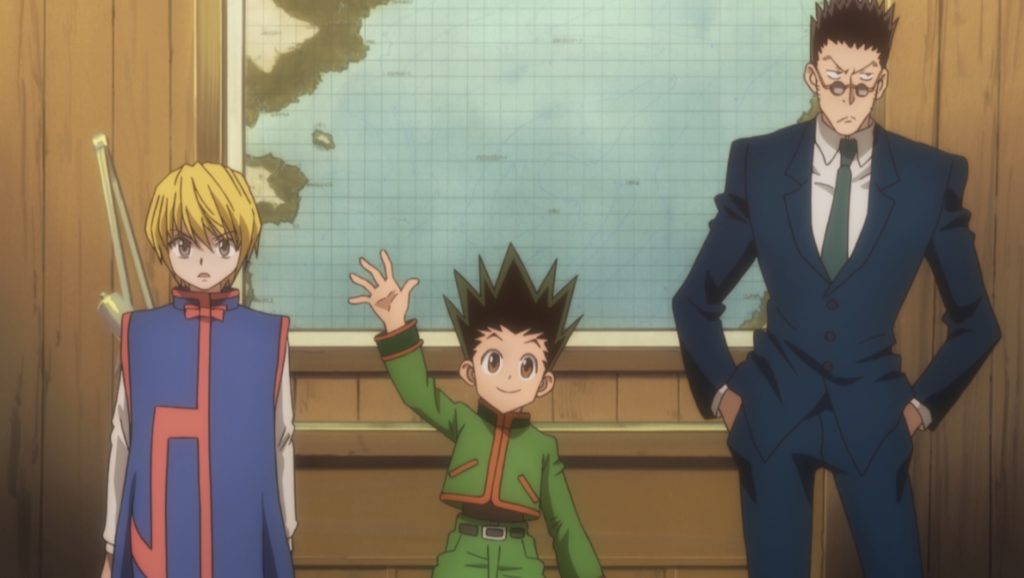 Travelling via ship to reach the mainland where the exam will be held, he meets two more people hoping to become Hunters. One is Kurapika, who is the sole surviving member of his clan, the Kurta, whose scarlet glowing eyes made them the target of the infamous Phantom Troupe band of thieves. Kurapika is thus becoming a hunter to avenge those who died. The other hopeful is Leorio, who on the surface is only interested in becoming a Hunter for the money, but we come to learn that he desires the money so that he can train to be a doctor, having grown up in poverty and being unable to help those in need when he was younger.

They eventually reach Zaban City, where the Hunter Exam takes place and the trio are just three of over 400 candidates applying to become a Hunter. Here they take a series of tests to prove they are fit to take on the job. These tests include endurance races, a cooking challenge where they have to hunt for their key ingredients, hunting down their fellow exam entrants, and finally having one-on-one battles with each other.

During this exam, Gon, Kurapika and Leorio come to know well some of their fellow aspiring Hunters, for reasons good and bad. On the good side is a boy around the same age as Gon called Killua Zoldyck, who becomes friendly with the group pretty quickly. However, they eventually learn that Killua comes from a family of assassins. Despite this, Killua is not evil and still becomes friends with the group. However, another Hunter, the magician Hisoka, is much more sinister, as is evidenced by the fact that this is the second time he has taken the Hunter Exam, having been disqualified the previous year for killing another entrant. 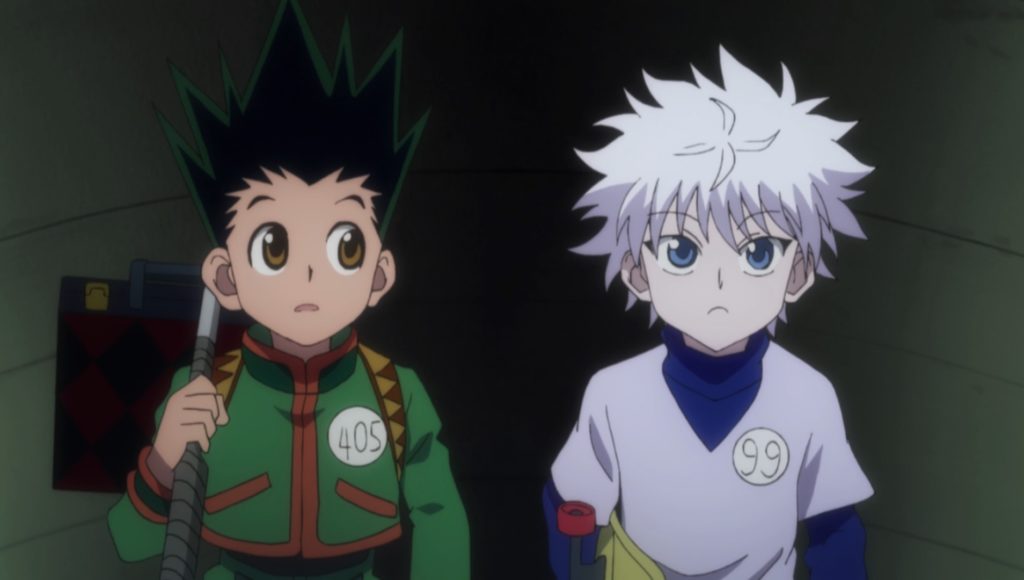 Perhaps the most appealing element of Hunter x Hunter is the main characters. Arguably, however, they are your typical shonen-like leads. Gon’s motivation for finding his father feels somewhat similar to Monkey D. Luffy in One Piece’s determination to finding the titular treasure of that pirate manga. There is a segment in the latter half of this collection where Gon, Kurapika and Leorio are training while wearing heavy jackets to make them stronger, which is very similar to scenes in the original Dragon Ball when Goku and his friends are made to wear heavy turtle shells when being trained by Roshi for the same reason. OK, perhaps Gon isn’t the most original anime character out there, but if the format works, why change the recipe. He is still a fun, entertaining creation.

It has to be said that in terms of the plot, this anime adaptation shows signs of the infamous hiatuses. Namely, given that this is a long-running series, and that this anime ran for 148 episodes in total, I fail to see why this first collection would need to include two clip shows, Episodes 13 and 26. One clip show I can understand as it is the end of the story arc, but two just feels like they are trying to pad the series out, especially when it so early in the run. 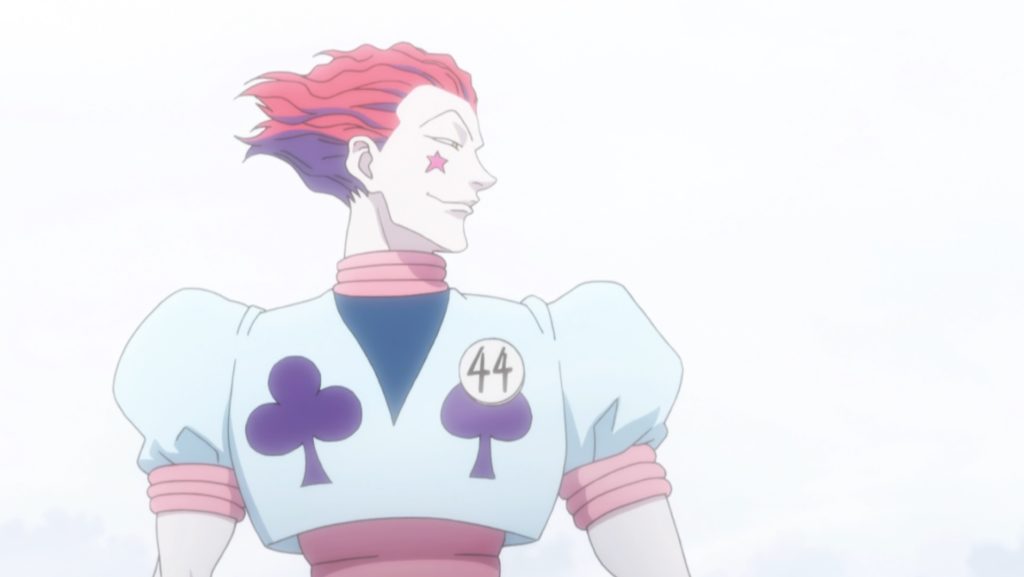 On the more positive side, praise deserves to be given for the quality of Madhouse’s animation. The camerawork deployed during the series adds to the mood perfectly at the right moment. Credit deserves to be given to director Hiroshi Kojina. I also enjoyed Megumi Han’s performance as Gon, who seems to capture the role of the excitable boy just right. The English voice actor Erica Mendez doesn’t work for me, but I admit to not generally being a fan of dubs anyway. The only extras in this release, aside from trailers, are the textless opening and closing. However, I didn’t find either the opening, “Departure!” by Masatoshi Ono, or the ending “Just Awake” by Fear, and Loathing in Las Vegas, to be particularly special.

The second collection appears to deal with some elements that become key to the combat scenes we see in typical shonen series like these, but so far Hunter x Hunter has been entertaining. 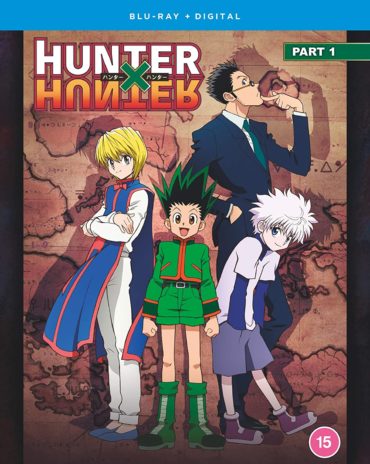