Yuki is a college student who’s deaf and never been outside of Japan; Itsuomi is an upperclassman who can speak multiple languages and frequently travels around the world. Despite these big differences, the pair are drawn to each other, and Itsuomi is making every effort to learn sign language. But is he learning it because he just loves to learn different languages? Or is he really falling for Yuki?

Volumes 2 and 3 of A Sign of Affection cover Chapters 5 to 12 of the manga, and in that short span of time, the relationship between Yuki and Itsuomi grows quite a bit, to the point that the end of Volume 3 represents a new chapter in both their lives. Despite the short time, the relationship progression is handled incredibly sweetly, and every moment feels intimate. Itsuomi comes off a bit aloof at first; he has been since the first book, but the more we get to know him (through Yuki and also when we’re not seeing him from her perspective) it’s clear he’s a guy who’s independent but also very reliant on traditional means of communication, so obviously meeting someone who can’t really communicate on his level is going to be a challenge. But what makes his whimsical nature less annoying and more endearing is that he does make every effort to include and talk to Yuki. He looks directly at her when talking, he asks her if she’s comfortable with his questions and actions, and because he’s older with more worldly experience, he’s also direct and honest with her. There’s no high school drama or hiding of feelings, which is a refreshing change and it’s nice to see a more mature relationship portrayed so that we have more focus dedicated to how life and love is for someone with disabilities rather than the drama we can find in other series.

However, because we are aware of Yuki’s own limitations, it also makes the simplest of romance tropes more intense. For example, during their first ‘date’ in Volume 2, Itsuomi is physically holding her, and looking directly into her eyes, which Yuki isn’t used to and without sound (both for her and the reader) the littlest moments feel bigger, with the framing of the panels by the mangaka really emphasising how the smallest of Itsuomi’s actions means the whole world to Yuki. Also, Yuki being deaf creates twists on some of the romance clichés; one clever example, also occurs in Volume 2 when a romance rival named Emma tries to purposely call out to Itsuomi and thank him for letting her stay the night (embellishing what really happened to make Yuki jealous). But because Yuki can’t hear, and wasn’t looking at Emma at the time, it means she didn’t catch it at all, which makes perfect sense and really heightens how petty this character really is, rather than just being a quick means of creating drama. 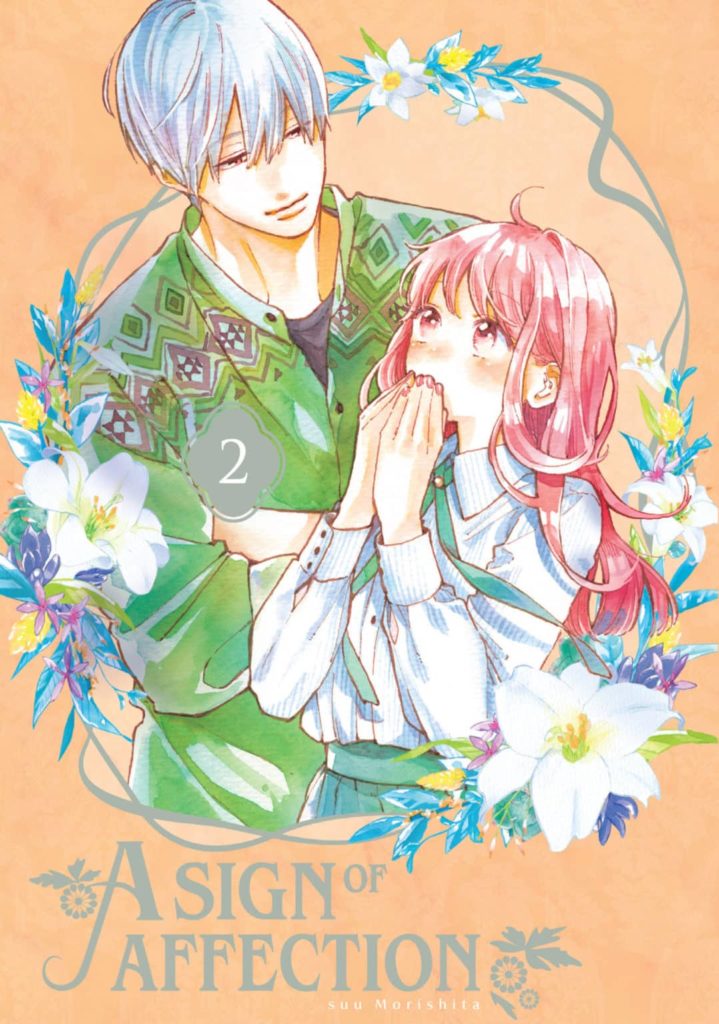 But it isn’t 100% smooth sailing for the couple, otherwise we wouldn’t have a long-running series! There are hints at a love rival building up on the horizon, with Yuki’s childhood friend Oushi showing immediate disdain for Itsuomi. Although the character didn’t give the best first impression in Volume 1, it will be interesting to see how his feelings come into play later, as on the one hand he’s fluent in sign language so can communicate with Yuki easily, but on the other it’s clear he hasn’t worked out his own emotions yet and is not handling them well. Also, in Volume 3, Itsuomi goes away for a month travelling, and sadly the time flies by very quickly in the manga, so that he’s back before we know it. Considering that travelling is a large part of his character and could potentially be a problem if he plans to get serious with Yuki later on, it’s a shame we didn’t get much character insight from Yuki or any conflict as a result of this holiday. At the moment, it feels like a missed opportunity, but it doesn’t mean this can’t be revisited later.

The art continues to be gorgeous, and translation is continued by Christine Dashiell, who provides some very interesting translator and author notes, and clearly explains why a few lines in Volume 3 didn’t work when translated into English and why they went with what they did. I do have one minor nitpick:  Volume 3 makes an effort to say that spoken Japanese, spoken English, Japanese sign language and American sign language are all different – but no mention that English sign language…which is also different. Yes, the book is printed in the USA, but a brief acknowledgement would have been nice, considering that they even have a link to learn it provided in the third volume.

A Sign of Affection continues to be a wonderful romance series that delicately explores life as a deaf person and cleverly twists romance tropes to fit in the protagonists’ world. Highly recommended if you haven’t picked it up already, but with the fourth book due out at before Christmas, it’s going to be a long wait before we see what happens next for the couple. 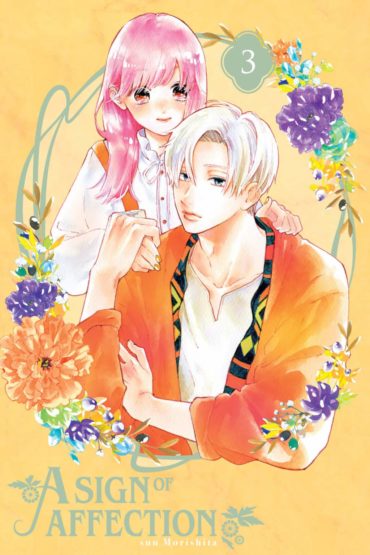 When I think way back into the early days of my anime and manga fandom, I can remember a time when I couldn’t walk into a WHSmiths and easily find a manga section to pick from. I had to take trips to the centre of London and find an obscure comic shop just off China town in … Continued

It wouldn’t be too overdramatic if I said that when Kodansha announced that they had picked up the license for the Sailor Moon manga and would be re-releasing it in English revised with a new translation after being out of print since 2005, Sailor Moon fans across the West scream ‘Hallelujah!’ at the top of … Continued

The re-released volume 4 of the Sailor Moon manga continues on from where volume 3 left off; Sailor Mars and Mercury have been captured by the new enemy known as ‘Black Moon’ and Usagi feels powerless to stop them. Just as the media goes into a frenzy with the increase of UFO sightings in the … Continued

Volume 8 sees the long awaited conclusion to the ‘Infinity’ arc with the biggest battle the senshi have faced so far. Naoko Takeuchi doesn’t hold back in this one; the entire planet is in danger, ready to be swallowed by this huge entity from another galaxy, buildings are ripping apart, and there seems to be … Continued