The new and improved reboot of Fruits Basket might have come to its conclusion last year, but fans of the iconic romance series are being given an opportunity to tie on last bow around the saga with Fruits Basket -prelude-, a feature film coming exclusively to cinemas in the United Kingdom on 20th July 2022. Crunchyroll noted that only the English-language dub will be shown in the United Kingdom, and clarified with Anime UK News that there are no plans for English-subtitled screenings.

The film serves as an extended compilation of the 2019 series, which also includes a new prequel story about Tohru’s parents, as well as a brand new epilogue story written by the manga’s original author Natsuki Takaya. Crunchyroll describes the film’s story as follows:

Before there was Tohru and Kyo – there was Katsuya and Kyoko. Discover the turbulent beginning of Tohru’s mom’s dark past, and the man who breathed new hope into her. Watch the evolution of their love story and the birth of the Honda family, as this chapter completes the full adaptation of the heartwarming Fruits Basket story.

The film sees the return of talent from the 2019 television series, with Yoshihide Ibata directing the series at TMS Entertainment, with a screenplay by Taku Kishimoto and character designs by Masaru Shindo. The English dub voice cast from the series are also reprising their roles for the new film: 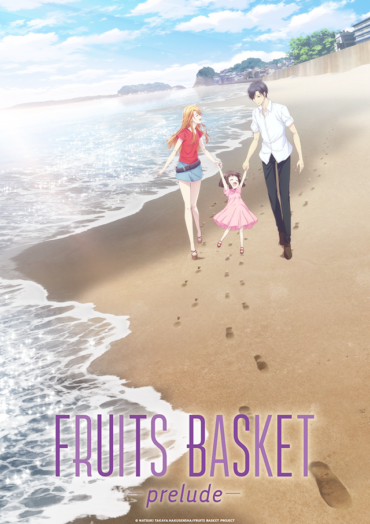 Crunchyroll to simulcast the 2019 anime adaptation for Fruits Basket

Funimation confirmed plans to stream the series dubbed and subbed months prior.