In Volume 1 of Shuzo Oshimi’s Welcome Back, Alice we met protagonist Yohei whose goal for his high school days is to get closer to his love interest, Yui. But this has been thrown into disarray when his childhood friend Kei transfers into his class and now presents as an attractive young woman. Is Yohei any closer to figuring out his feelings in Volume 2? Let’s find out!

As we reunite with our cast, we find Yohei even more confused about his attraction toward Kei. Toward the end of Volume 1, Kei made a move on Yohei and kissed him, which is something Yohei now can’t get out of his head. But Yohei wants to be with Yui and since Kei transferred into the class, Yohei has been able to find more time to talk to her.

Yohei even manages to work up the courage to ask Yui about her feelings for Kei in middle school, clarifying that she was in love with Kei when they kissed back then. While Yui confirms Yohei’s suspicions, she also shows interest in moving on and Yohei grows hopeful that there may be room for him in her heart. They even go out to karaoke together after school!

So it’s fair to say that Yohei is a lot happier after clearing the air with Yui, but this is still a series created by Shuzo Oshimi so no one is allowed to be happy for long. After his afternoon out, Yohei comes home to find Kei waiting for him. Kei proceeds to make a move on Yohei yet again under the principle that Yohei should ‘practise’ with Kei so that things go well with Yui, should their relationship become more intimate. A fair warning that these scenes border on sexual assault and are sure to be very uncomfortable for some readers.

Volume 2 largely keeps the cast in the same loop as Volume 1, where Yohei doesn’t know how to deal with Kei presenting as female. The nice thing is that Oshimi is throwing enough twists and turns into the story that this isn’t going to get boring, even if Yohei’s muddled feelings are unlikely to be resolved anytime soon. It’s going to be interesting going forward to see what Kei’s motivation is in all this. He seems to be pushing Yohei and Yui together in this volume, but often we see a different layer to his feelings where he appears to be chasing after Yohei for himself.

I certainly appreciate that Oshimi doesn’t just go for the generic route of having Yohei be repulsed or confused about Kei because he’s biologically male and presenting as a woman. It would be easy for Yohei to scream out the tired lines of ‘but you’re a guy!’ and that be the end of it, but Oshimi never goes there and instead offers depth to Yohei’s feelings which are easy for the audience to understand and sometimes sympathise with.

Like Volume 1, the content here will be a difficult read for some readers. If you didn’t enjoy Volume 1, then your feelings won’t change here and in fact, if you were somewhat on the fence, then the assault scenes will be the final straw. This instalment just feels like the tipping point for whether you’ll want to commit to following it through to the end or not.

Welcome Back, Alice Volume 2 comes to the West thanks to Kodansha and continues to be translated by Daniel Koman. The translation reads well with no issues to note. Volume 3 is still currently scheduled for a release in August, so not too long before we get more of this manga.

Overall Welcome Back, Alice Volume 2 continues to be an interesting and turbulent read. There’s a lot to take in here thematically and the series is increasingly proving that it won’t appeal to everyone, but if you are willing to come along for the ride, then it will deliver something worthwhile. 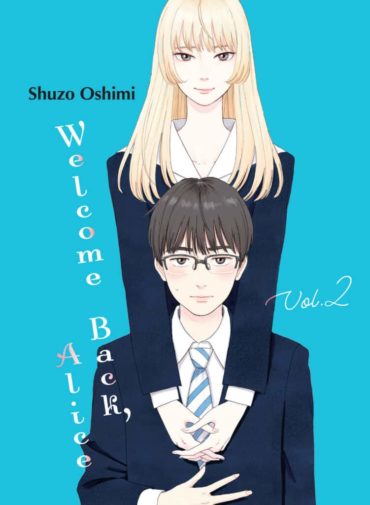