Dragon Ball Super: Super Hero (and yes I’m aware the word “Superhero” exists, it’s just the way the title is written!) was released in Japan back in June, though was scheduled to go out at the end of April, the now infamous Toei Animation ransomware attack setting it back two months. Once again Dragon Ball creator Akira Toriyama was heavily involved in the film, writing the rough storyboard outline and designing all the characters and new transformations, and boy those are… something. 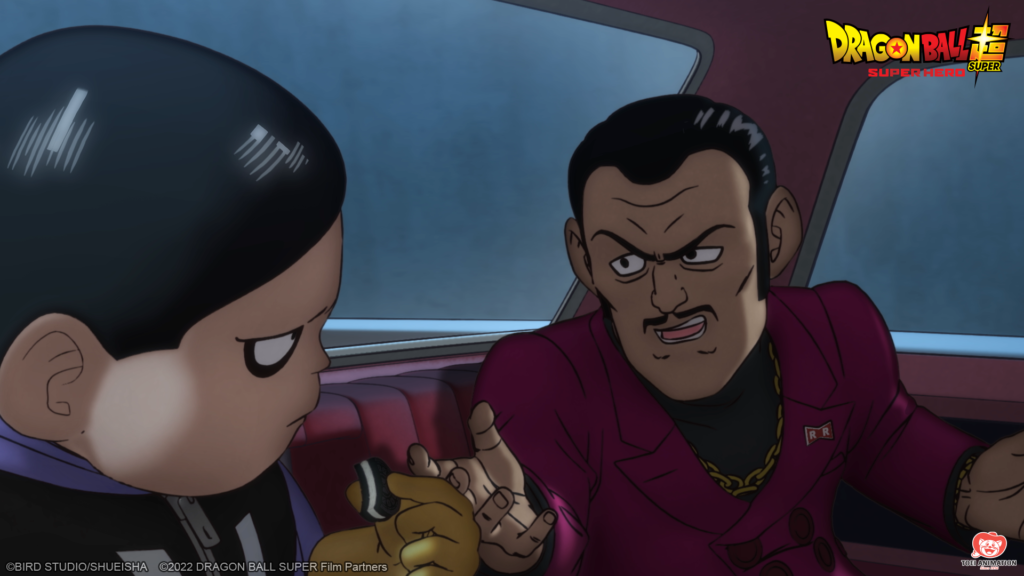 The plot revolves around the core idea of “reliving the Androids/Cell arc”, much like how Resurrection F focused on the Frieza arc two films ago. This means not only the introduction of Dr. Gero’s grandson Dr. Hedo (and a brief look at the Gero family tree which confirmed both that Android 21 from the recently released video games was indeed based on Gero’s wife and that Android 16 was based on Gero’s son who had died as a Red Ribbon Army soldier, a backstory written for #16 but never actually used back in the day) but he’s recruited by the son of Commander Red, Magenta, who had been secretly recreating his father’s Red Ribbon Army all this time, so there are quite a few call-backs to the original Dragon Ball series as well as the Cell arc, which is refreshing! Although the focus of most of the film is on Gohan and Piccolo, making the former the central character obviously being another call-back to the popular DBZ arc, Goku, Vegeta and Broly all appear in a unrelated bookend story on Whis’ planet, so they’re not entirely absent from the film. Dr. Hedo creates two androids to go after our heroes in Gamma 1 and 2 who are based on Superheroes he watched as a child, complete with rear projectors that show onomatopoeia behind them when they do certain attacks, so it becomes quite clear that Magenta is far more evil than Hedo is, not that the latter is a saint by any stretch. If you’ve seen certain trailers or really put two-and-two together about there being two androids, a new Dr. Gero-like lab, and Gohan as the central protagonist it won’t surprise you to know there is another returning element, though it doesn’t take the form you’d imagine and kind-of leads to a flat finale.

How about new things though? Well, Super Hero is set a few years after its predecessor, Broly, to the point where not only is Pan now a walking talking toddler character like she was in the final DBZ arc but Goten and Trunks are actually teenagers at last, Gohan quoting Toriyama himself when asked by Piccolo how come they’d sudden grown saying “Saiyans stay young for ages then shoot up like a rocket”… sure, why not? That sort-of happened with Goku in the original series, I guess! We see Piccolo is now acting as Pan’s favourite uncle and is actually training her to fight behind Gohan and Videl’s back, but this is where the story side of things falls flat for me as Piccolo is soon making some really out-of-character decisions in relating to his sudden extreme frustration at Gohan’s choice to not train and focus on academics. I won’t go into too much detail, but that did stick out like a sore thumb. 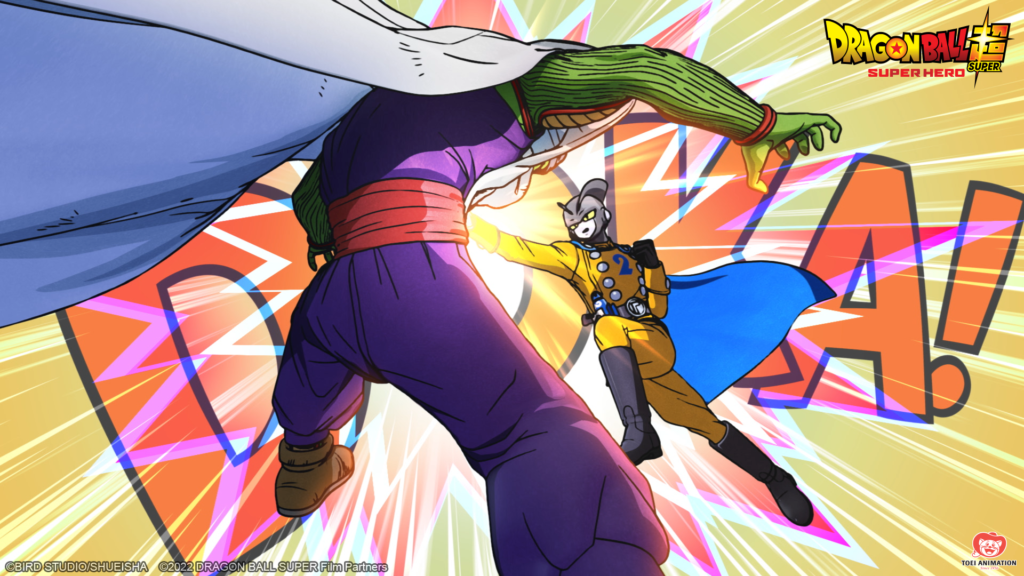 Speaking of sticking out like a sore thumb let’s address the elephant in the room: the animation style. No matter how you slice it, seeing a nearly all-CG film after the frankly perfect blend of traditional 2D with some CG assistance we saw in DBS: Broly was deflating. I will say that once Super Hero gets moving, the action animation is extremely fluid and very fun, and the actual models of characters is very Toriyama in style still and thankfully they don’t fall into the CG pitfall of trying to make characters move all the time, as if standing still is somehow unnatural. It’s more scenes with cars and buildings where things look off and out of place, plus the odd panning shot where people’s heads just break the immersion a bit by not quite looking right. It’s probably the best CG anime I’ve seen though, far superior to anything else and frankly for the final 50-odd minutes I didn’t even notice, given how action-heavy it is. After a really uninspiring first trailer I am at least relieved that overall it was a good visual experience, even if I’d have much preferred another effort like Broly a few years ago…

Sound-wise the film is good, the background score was composed by industry veteran but Dragon Ball new-comer Naoki Sato and works well, given the more heroic and comic book-inspired nature of the film. Voice work is up to the usual standard for both languages, though if you listen to the English language voice track you get to hear Charles “Super Mario” Martinet as Magenta, which is frankly bizarre to find out about just now… 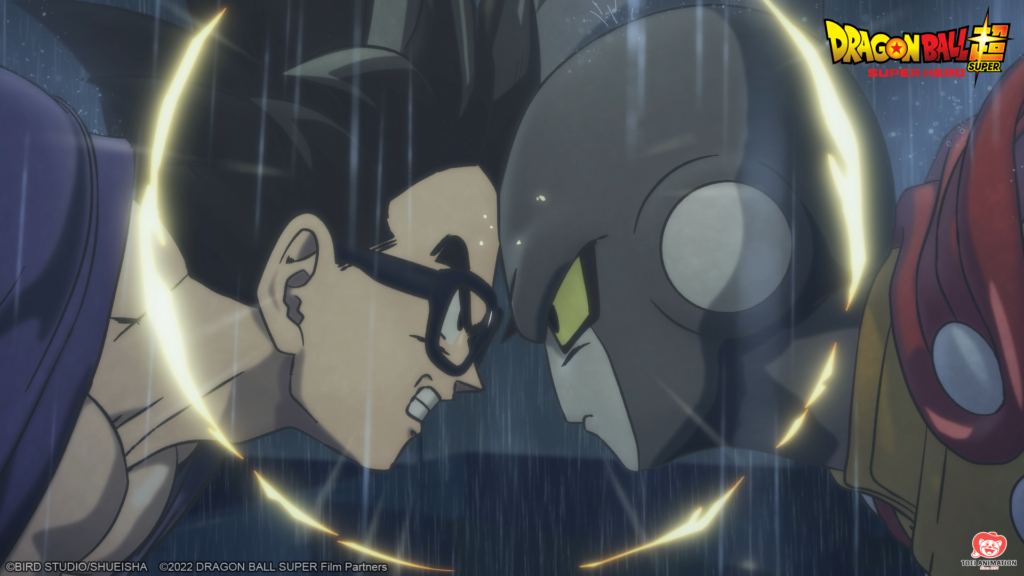 So should you pop down to the cinema to see Dragon Ball Super: Super Hero? Well, if you’re a Dragon Ball fan already then sure, absolutely, there are some great call-backs, fights and a few new transformations to look forward to playing as in future video games, plus a post-credits scene featuring Goku and Vegeta that if you’re a long time fan you have to see to believe. If you’re not a fan then at the very least the plot is very self-contained and each of the central characters, both old and new, are well introduced so you won’t actually be lost, but really the plot is thin (which for Dragon Ball isn’t exactly new ground, to be fair!) and the animation isn’t so good it’s worth seeing just for it like the previous cinematic Dragon Ball effort. Overall it’s a strong effort and surpassed several things that I thought would hold it back more, but the final fight doesn’t have the same energy and excitement as the previous cinematic outing. A fun 90 minutes in the cinema as long as you’re a fan of the series.

You can book tickets now at the film’s official website. 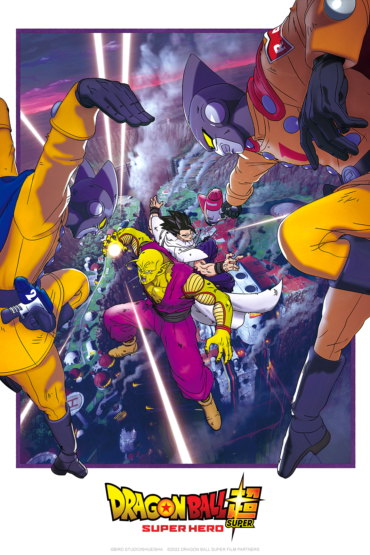 The manga version of Akira Toriyama’s Super storylines continue their release here in the UK with Volume 5, containing the final chapters of the Future Trunks arc, and the start of the next, rather crazy, storyline…