“It’s obvious the Dollars are transforming and you’re scared as hell you’re going to get left behind.” Izaya Orihara (breezily) to Mikado Ryuugamine

Six months have passed in Ikebukuro and the Headless Biker, Celty Sturluson, is just trying to do her job as a transporter. But she’s been caught on camera and now there’s a reward for capturing her – so everyone is out to track her down. So annoying! Meanwhile, high school best friends (or more?) Mikado and Anri have moved up to the second year (without the third of their trio, Masaomi) – and a new first year, Aoba, is pressuring them into showing him around Ikebukuro. There’s a fearsome serial killer, Hollywood, terrorising the area, the yakuza have taken an interest in this and that, and a certain information broker, Izaya Orihara is meddling in everyone else’s lives, as usual – although even he is irked by the arrival of his high-spirited twin sisters who have just started high school. Trouble’s stirring with the gangs once more. And what’s going down at Russian Sushi, everyone’s favourite restaurant? 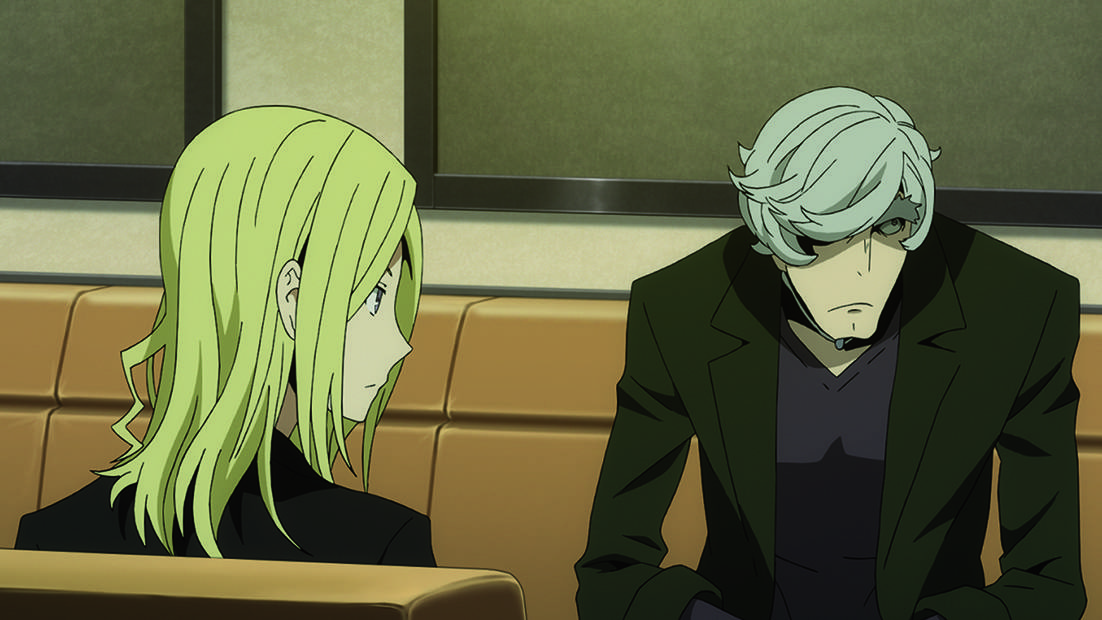 Confused, already? And that’s just the start of the first of the three anime TV series sequels to the Tokyo-based urban fantasy Durarara! based on the light novels by Ryohgo Narita. If you haven’t watched the first series, you probably won’t have a clue as to who’s who or what’s going on, so it’s not a good place to start. We’re also at something of a disadvantage as viewers if we haven’t read Narita’s light novels (although they’re currently being translated and published by Yen Press) as, like so many other anime TV series, it seems to be a distinct advantage to have read the source material. As to whether this disadvantages the Western viewer (deprived of the access for one reason or another) is a discussion for another day but, given the tendency of this novelist to deliver a non-linear narrative, you need to keep your wits about you as the timeline leaps around with all the agility of a certain information broker. This is a show where the US dub is not only good but aids in the understanding of what the heck’s going on. (Unless, of course, your Japanese is fluent!) 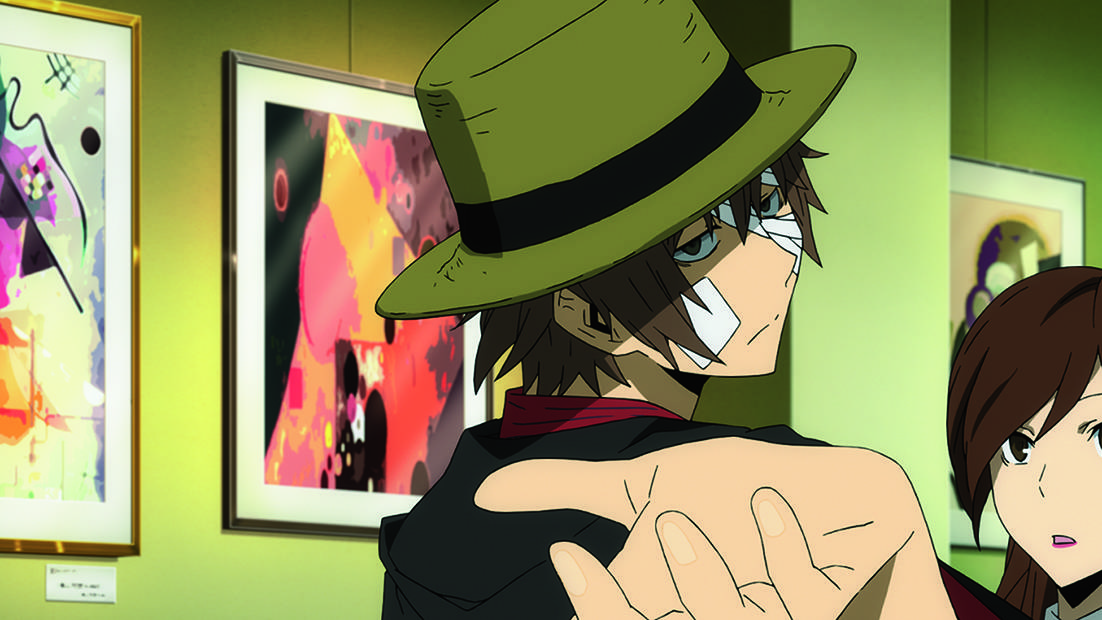 Durarara!! x2 Shou throws a crazily diverse and quirky cast of characters at the viewer and weaves all their differently-coloured strands into a convoluted tapestry of wildly divergent plot-lines. As with Narita’s other light novel series Baccano!, everything will eventually come together and make sense – but it requires a great deal of concentration from the viewer.  New characters thrown into this riotous jumble are the Russians, notably blonde assassin Vorona and her sidekick Sloan; doll-faced idol Ruri Hijiribe and Shizuo’s younger brother (and idol) ‘Yuhei Hanajima’; the Awakusu Yakuza group and their leader’s little girl, Akane. Then there’s the gangs. The members of the flamboyant biker gang Toramaru have been stirred up against the Dollars. The Blue Scarves are rising again. And the guy who started the Dollars, none other than diffident, self-effacing Mikado Ryuugamine, is sucked in to this seething conflict of loyalties – and, because he’s a good-hearted soul, he’s beginning to crack under the weight of responsibility. 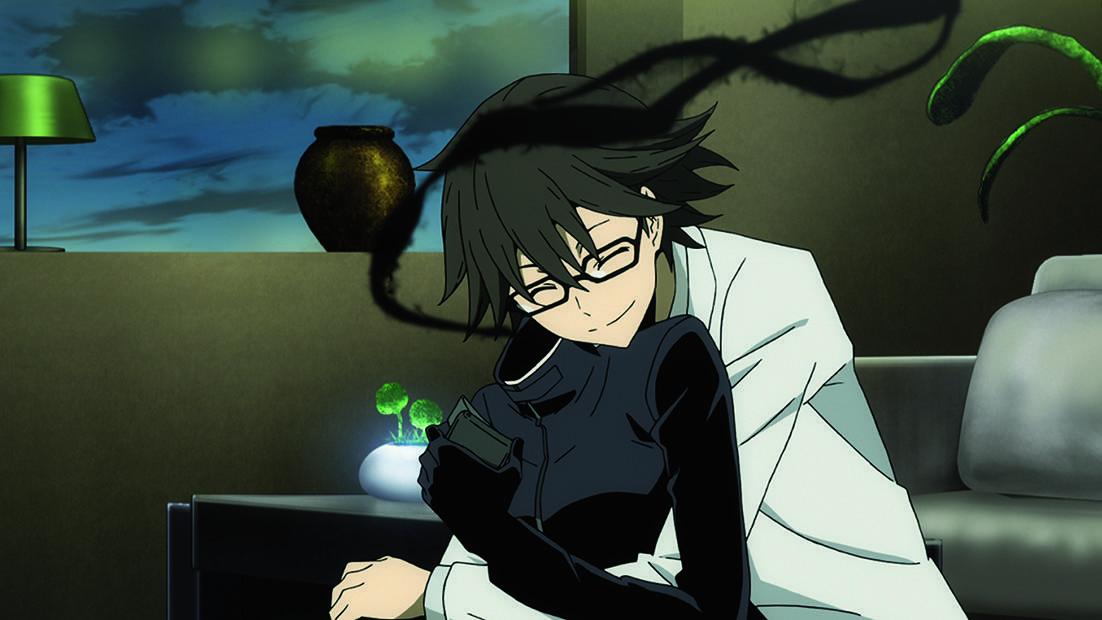 But maybe there’s just too much going on here; the narrative is constantly taking off in different directions.  It’s also difficult to tell which storyline is freighted with significance and which one is going to fizzle out. This chaotic, hyperactive style requires a tolerant attitude from the viewer – and more than one viewing – because everything, not just the Black Rider, moves extremely fast.

As before, contemporary life (social media, chatrooms, cellphones etc.) mesh seamlessly with mythological creatures of urban legends – although Celty (and her headless horse/motorbike Shooter) is a Dullahan, an alien ‘import’ from Ireland. The plot frequently thickens through chatroom interactions, with rumours maliciously spread by Izaya Orihara so that he can watch with glee the ensuing chaos that results from his meddling.  But it’s the ‘monster’ Celty – possibly the most empathetic character – who dominates the story, even when she’s not on-screen. 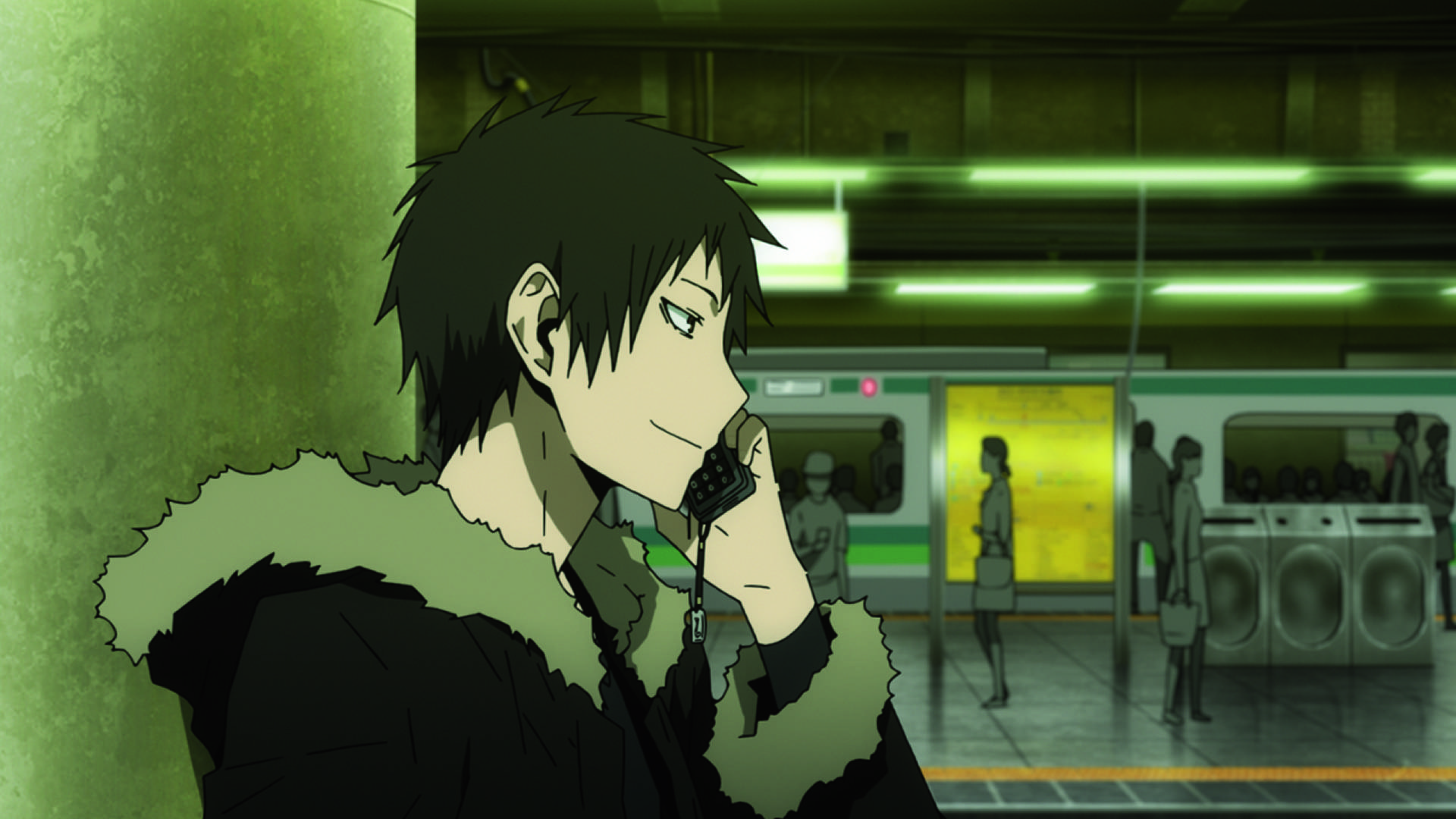 The direction, animation and character design are from the same team as the first Durarara! . As before, only the named characters are rendered in full colour; the unnamed passers-by of Tokyo are still rendered in grey but the distinctive character designs are by Takahiro Kishida, based on the original designs by Suzuhito Yasuda (Yozakura Quartet) and are set against striking cityscapes based on real-life Ikekuburo (run-down car parks, gleaming freeways, bustling malls).

I’m a recent convert to the US dub (after catching up with Anime Limited’s fine Blu-ray release of Durarara! in 2015) and it’s a real pleasure to find the same cast delivering convincing performances once more. Of the core cast, I love Kari Wahlgren as Celty and Crispin Freeman as Shizuo; other stand-out performances come from Johnny Yong Bosch who captures Izaya Orihara’s malevolent delight in taking on the role of puppet master, manipulating anyone and everyone for his own personal amusement, and Brina Palencia as new character Vorona, the beautiful Russian hit-girl (she really gets the accent spot-on!)

Makoto Yoshimori (Baccano!, Princess Jellyfish) re-uses much of his original soundtrack material for the first season which is not a problem as such; inevitably the gloss of the new has worn off with repeated hearings and he sometimes overdoes the discordantly screeching  passages for jazzy brass that underscore the more violent scenes. However, his music always employs interesting sonorities and textures and I even detected a few new motifs. The new OP, “Headhunt” by Okamoto’s, is strong, jaded and full of foreboding; it suits the mood of this new series well, foreshadowing what is happening to Mikado. The new ED, “Never Say Never” by Three Lights Down Kings, a so-so song, heavily dependent on auto-tune, accompanies another ‘rolling’ beanstalk of interconnected characters. Insert songs in Episode 3 are written by the VA for Mikado, and performed by Saki Fujita, the VA for Ruri Hijiribe.

The Limited Edition Collector’s Edition from Anime Limited delivers the twelve episodes on two Blu-ray discs, a handsome box with a 36-page booklet and stickers (not seen); there is also a standard DVD release. The only extras on the discs are textless Opening and Ending songs. 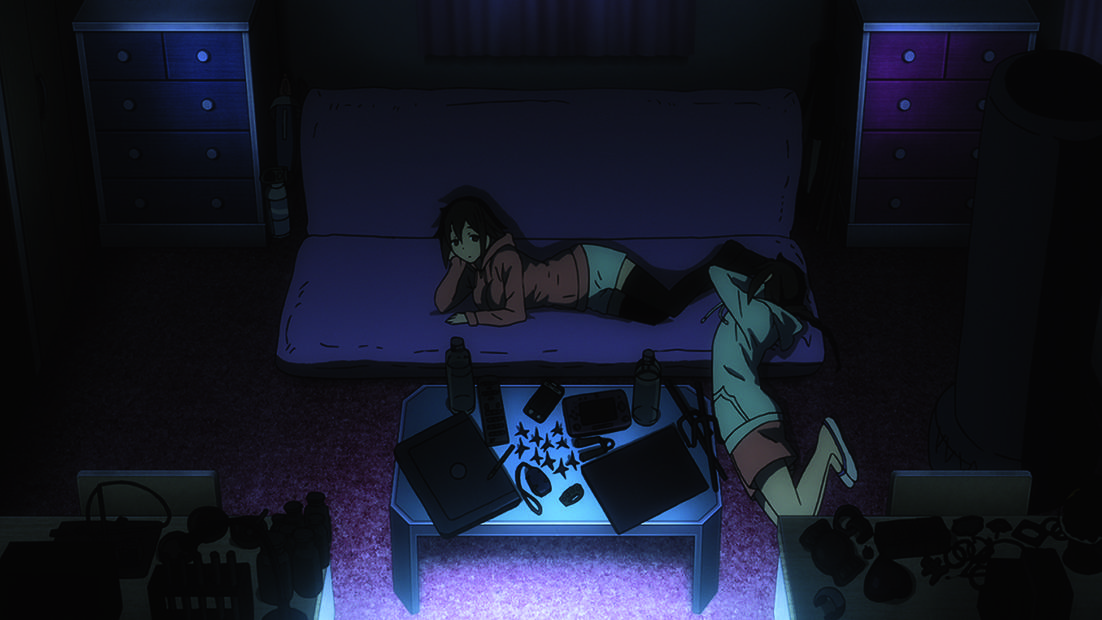 Durarara!! x2 Shou is a series that definitely repays repeated viewings. Yes, it has problems: it sets in motion several interconnected stories and nothing really gets resolved in these first twelve episodes. The US translation/dub is a real bonus when it comes to getting the most out of its delightfully, frustratingly convoluted plot strands.

And did I mention that it ends on one helluva cliffhanger? 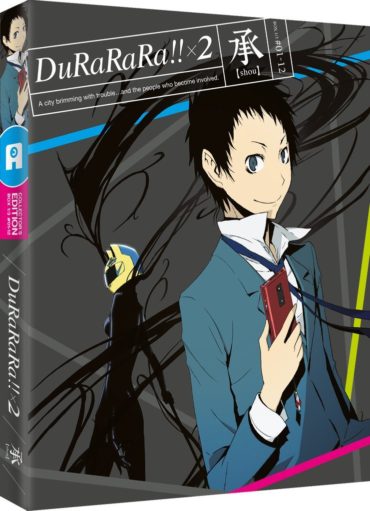 This review is for the theatrical release of the live action Black Butler movie.  It used to be the case that UK fans could only dream of being able to watch the live action adaptations of their favourite manga titles in the cinema outside of specialist film festivals. Lately, however, it feels as though we’ve been spoilt rotten … Continued

Kokkoku: Moment by Moment throws in a lot of interesting ideas around the consequences of stopping time, life and death amidst a cat-and-mouse game plot that sees one woman try to rescue her family from a crazed religious cult. However, it fails to execute on its potential as it struggles with poor pacing, gaping plot holes, and finding an ending for its characters.