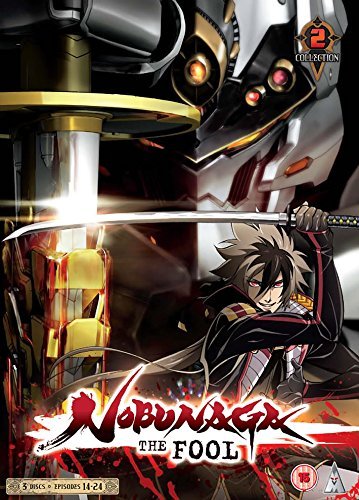 The warriors of the Western and Eastern Star battle on to determine who will be the Saviour King to rule them all and to bring about the coming of the Holy Grail. Jeanne Kaguya d’Arc, cursed on the Western Star for hearing voices and being a witch, has fled to the Eastern Star with Leonardo da Vinci and allied herself with Oda Nobunaga. But after Jeanne is captured by her onetime Western Star compatriots, Nobunaga sets out to win her back. King Arthur sends the mighty Alexander and his forces to attack the Eastern Star and Nobunaga finds himself on the losing side. Jeanne begins to doubt whether he really can be her Saviour King after all…could he be the King of Destruction instead?

Another (not entirely dissimilar in concept) anime Drifters has just begun streaming, also featuring Oda Nobunaga among other famous warriors taken from history but adopting a more Berserk-influenced, grimdark tone – and playing with its illustrious cast with much more imagination than in this anime. 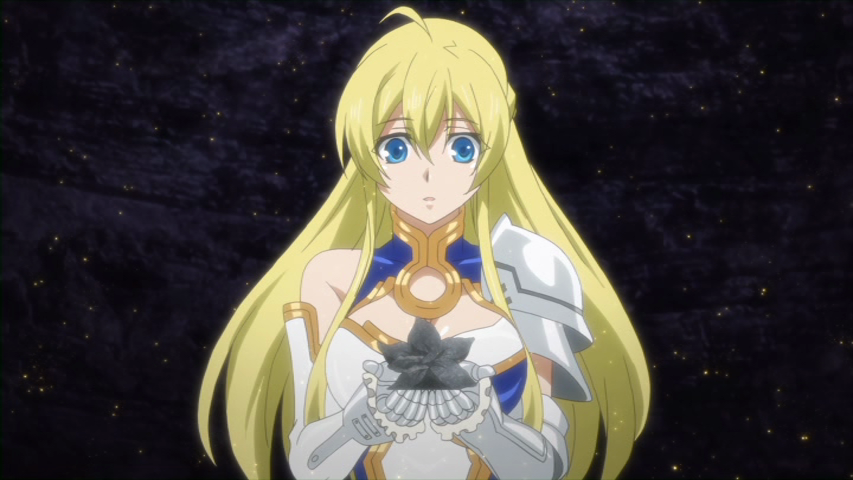 The character designs are attractive and the concept of pitting heroes from Western and Eastern history and mythology against each other is, if not very original, intriguing. So why doesn’t Nobunaga the Fool work? The glaring problem is the writing. The characters may look attractive but they are one-note and impossible to relate to (except, possibly, the conflicted Mitsuhide). They spout wooden dialogue. And the US dub is much, much worse than the subtitles; Clint Bickham usually turns in a better script than this. I hoped, as the action shifted to the Western Star, that with the introduction of new characters, such as Alexander, Cesare (Borgia, not to be confused with Caesar) and Machiavelli (female), matters might improve, but they are just Villains. They are Bad. 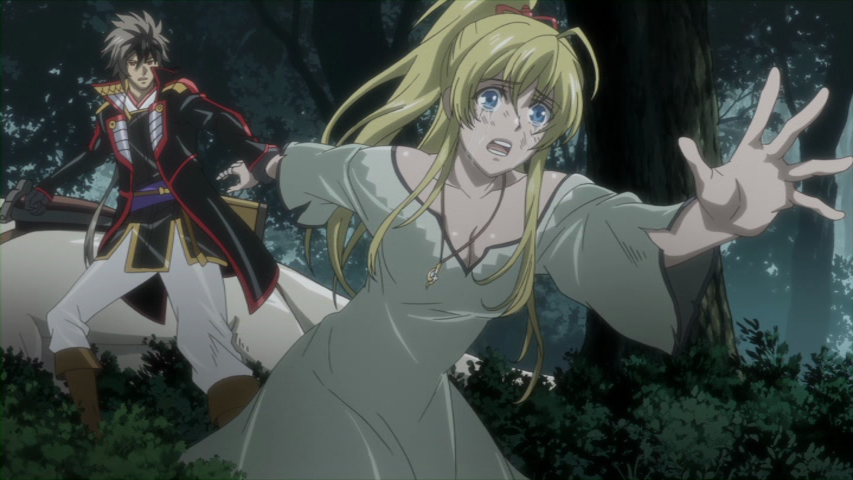 The writers also seem to have it in for Jeanne d’Arc who is subjected to some unnecessarily gratuitous torture scenes (hence, I guess the 15 rating). Jeanne could have been an interesting, multi-layered, proactive warrior, but here she’s just the voluptuous poor victim girl, whose main role seems to be needing to be rescued. (The project that this was a part of also spawned a play and – apparently – an online novel in Japan. You have to hope that more care was lavished on the writing, especially the dialogue, for these than on the anime.) 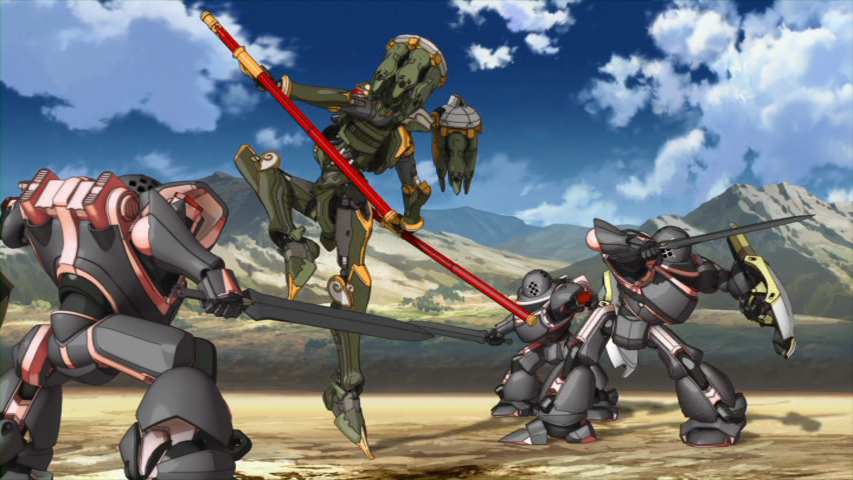 So, if the characters are mostly unlikable cyphers, what about the famous mecha? Again, the CGI (used for the mecha battles) combines uneasily with the 2D backgrounds and character designs. And it’s hard to care about the outcomes of the mecha duels when the characters inside the machines come across as little better than machines themselves. If only as much care had been lavished on the script as on the colourful artwork for stills and landscapes. 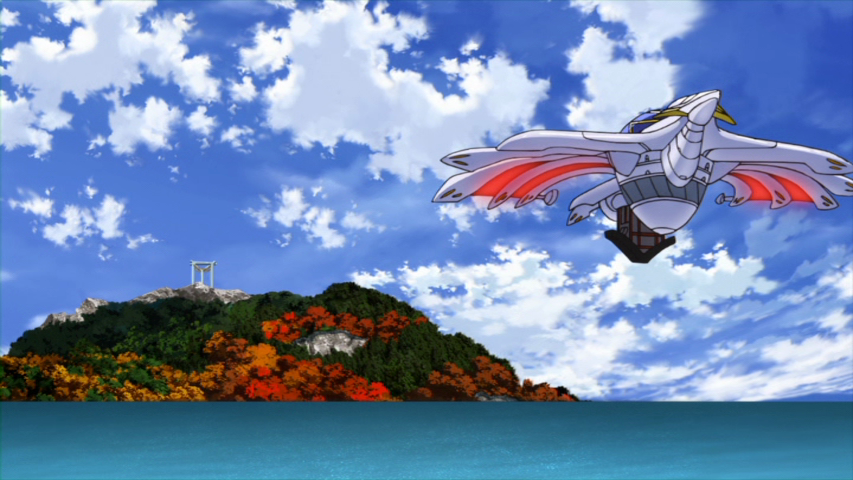 New Opening Theme “Breakthrough” by JAM Project sounds too bland for a series about warriors battling inside giant mecha with a deeply inappropriate tinkly intro which also features on the menu and sounds more suited to a romantic comedy. (Check out the brilliant OP for Drifters “Gospel of the Throttle (Kyouhon REMIX ver.)” by Minutes Til Midnight to see how it should be done.) New Ending Theme: “RAN” (蘭; Orchid) by ASUKA is quite inoffensive but, again, just not right.

I had hopes – given the involvement of Original Creator Shoji Kawamori (Vision of Escaflowne, Aquarion) – that this series might improve in the later episodes, but this is not the case. Perhaps if I had been unaware of his involvement, the expectations might not have been so high and the resulting disappointment less great.