Mai Mai Miracle is an interesting story for the anime industry. It’s a release that was funded through the use of Kickstarter, which saw the movie released in the US and UK. The English dub was also funded thanks to the Kickstarter campaign. Now, six months after the Kickstarter ended, a standard release has finally hit the UK. Here’s what I think!

Our tale is focused on Shinko Aoki, a 3rd grade girl living in Mitajiri, Japan in 1955. She spends her days imagining what the world was like 1,000 years ago, thanks to her grandfather’s stories. Later on we see her make friends with the new transfer student, Kiiko Shimazu. Kiiko is from Tokyo and has things that a country girl like Shinko has never seen before, such as a gas-powered refrigerator and expensive coloured pencils, but despite their different upbringings, the two form a firm friendship that results in the summer of a lifetime. 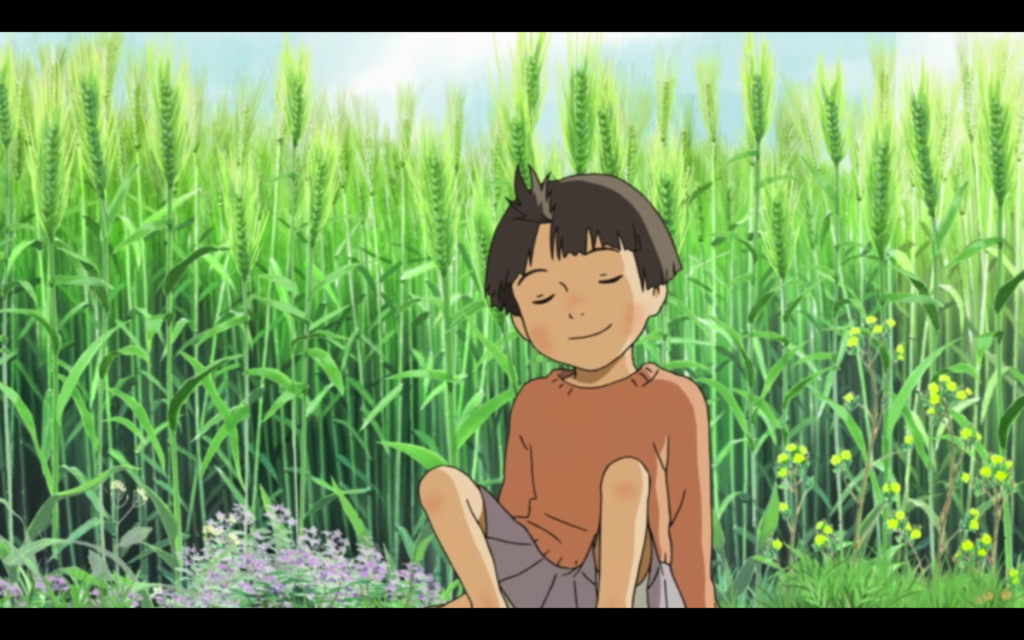 If it sounds like I haven’t said that much about the plot it’s because there’s not much to be said. Mai Mai Miracle on a whole simply exists to tell the story of the friendship between Shinko, Kiiko and their school friends. There is also a story being told 1,000 years ago about a lonely girl called Nagiko Kiyohara, who just wants someone to play with, but for the most part this is largely ignored in favour of Shinko and Kiiko’s antics.

I find it really hard to see anything of real substance in Mai Mai Miracle. On the one hand, it’s fun to have a character like Shinko, who has such a powerful imagination that she spends her days exploring a world from 1,000 years ago, but on the other hand it’s also kind of boring. The movie sits at about an hour and a half runtime and I think this is too long. If shortened to an hour, the slice of life daily antics of the cast might have been more interesting. As it stands, I found myself getting bored quite quickly. 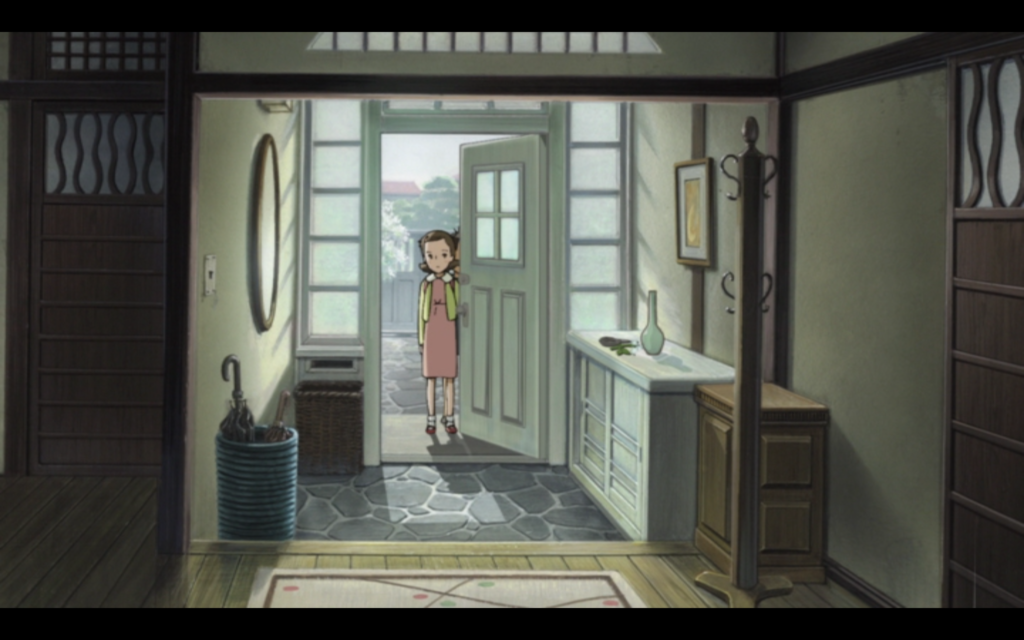 It’s not that the cast of characters is bad – Shinko and Kiiko do have hidden depths to them (such as Kiiko struggling to fit in and grieving over the loss of her mother) – but none of it makes up for the lackluster plot.

The problem with Mai Mai Miracle is that it doesn’t really do anything. There are many things happening in Shinko’s daily life but the overall theme of the film just keeps coming back to friendship, which is the least interesting aspect. I also question what the point of the story from 1,000 years ago was. The plot tries to link it to the present day through Shinko’s imagination but it’s not done very well at all. It almost feels like a Studio Ghibli movie without the charm that Ghibli bring to their works. 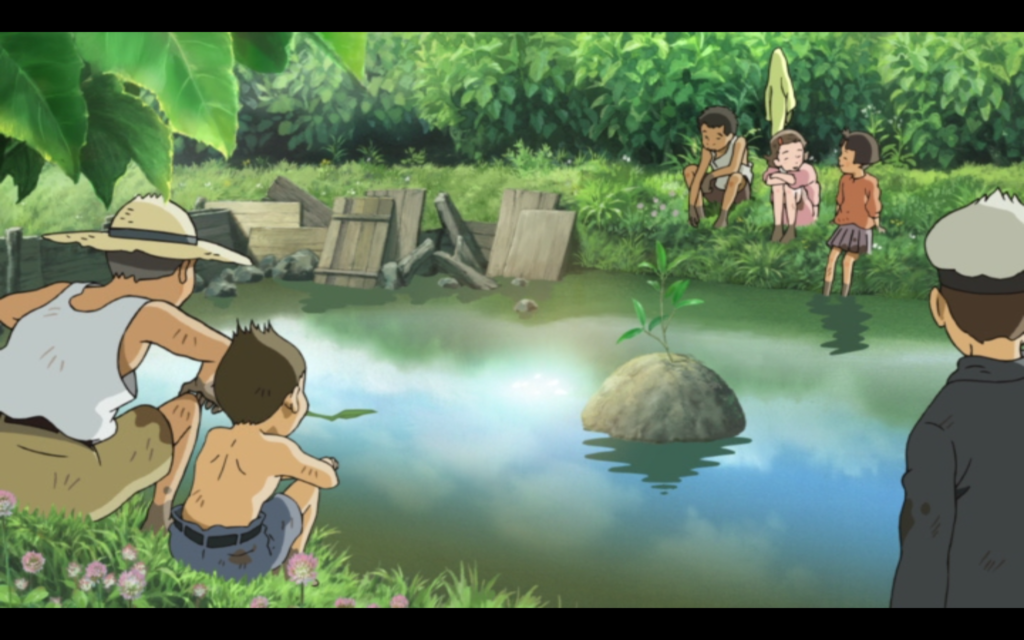 Animation for the movie has been handled by studio Madhouse and on the whole it does look very nice. The colours used are bright and vibrant, befitting of a story that takes place in the countryside. Character designs are also handled well and every character design looks unique  and as though they fit within the time period. That said, I do take slight issue with the design of Kiiko. When she’s first introduced I was left to wonder if she was American in origin, as she simply doesn’t look Japanese. We learn that her father is Japanese but it’s never explained which nationality her mother is, which felt like it could have been the key to the mystery but is sadly never explored.

The director is Sunao Katabuchi (Black Lagoon) who is currently in the news for writing and directing In This Corner of the World (MAPPA) the anime film set in WWII near Hiroshima, and which has just won the prestigious Jury Prize at Annecy 2017.

Music for the movie has been composed by Shusei Murai, who has worked on Silver Spoon and Terraformars. Overall the soundtrack for Mai Mai Miracle is very well put together. There are many string and piano pieces that blend in nicely with the country lifestyle. It’s not the kind of music I’d seek out after watching the film but it certainly does its job. 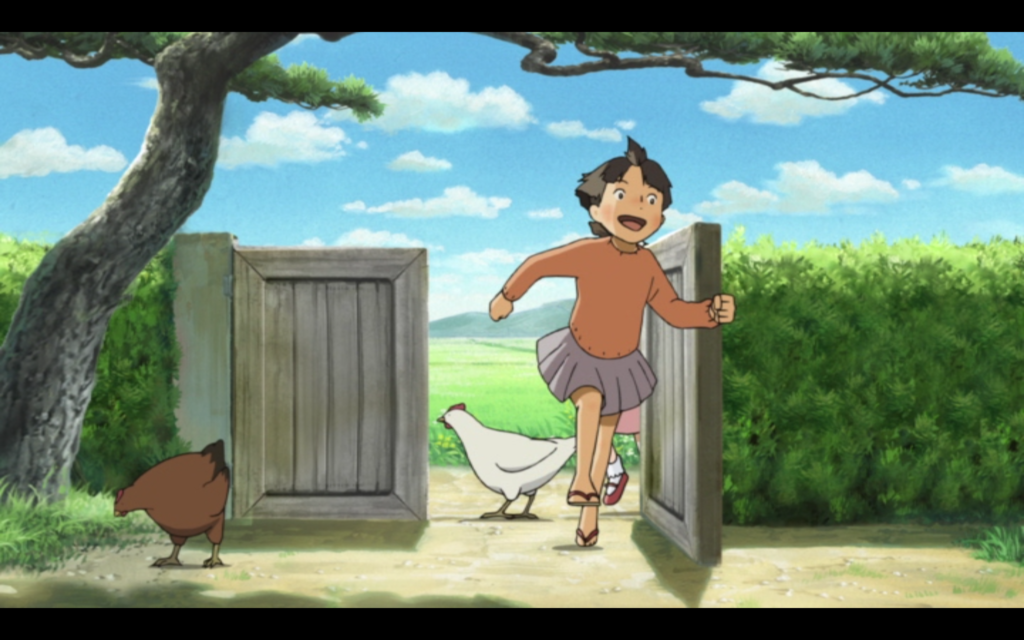 As far as voice actors are concerned, the work here is really good. Shinko is played by Mayuko Fukuda (she’s better known for Japanese dramas than anime), and Mayuko plays the role of our third grade hero well. She injects a lot of childish charm into Shinko, which is crucial for a bubbly character like this. Meanwhile, Kiiko is played by Nako Mizusawa (who also has no anime roles to speak of). Kiiko is much more reserved and quiet compared to Shinko, and Nako gives her the perfect voice for the personality.

There is also an English dub on offer for the release and interestingly both Shinko and Kiiko are played by child actors rather than adults. This gives the movie a little more realism and both actors, Megan Uesugi for Shinko and Sonya Krueger for Kiiko, act their roles very well. 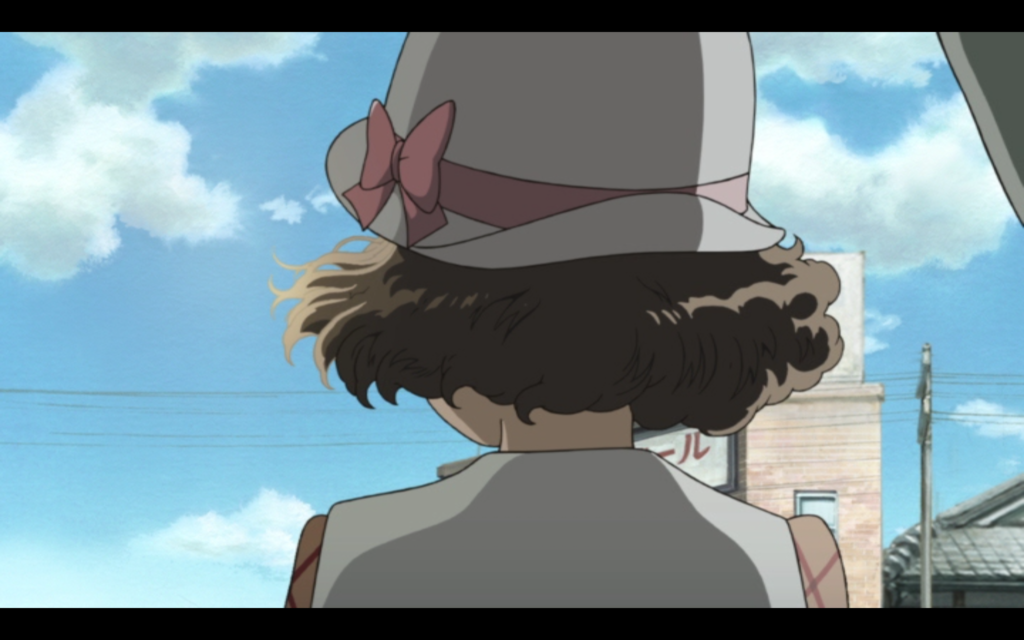 This release comes to the UK in the form of a Blu-ray/DVD combi pack from Anime Limited. The only extras to speak of are Japanese trailers and “Dubbing Mai Mai Miracle: an interview with Michael Sinterniklass”.

Overall I found Mai Mai Miracle to be a whole lot of nothing. The characters and story are charming enough but the runtime is so long that it’s easy to let your mind wander. I find the movie difficult to recommend and ultimately quite forgettable. Perhaps someone with more interest in a sweet slice of life story about two friends will get more out of it but as it stands, I won’t be revisiting this world anytime soon. 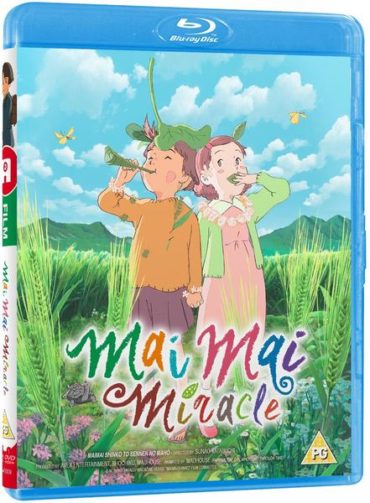