God Eater is a reasonably popular game series (certainly more popular in Japan than the West) that saw its fifth anniversary in 2015 and celebrated this fact with this anime adaptation, created by Ufotable of the various recent “Fate” and “Tales of” anime fame. Part 1 contains the first seven episodes of the series and loosely adapts the first game in the series. 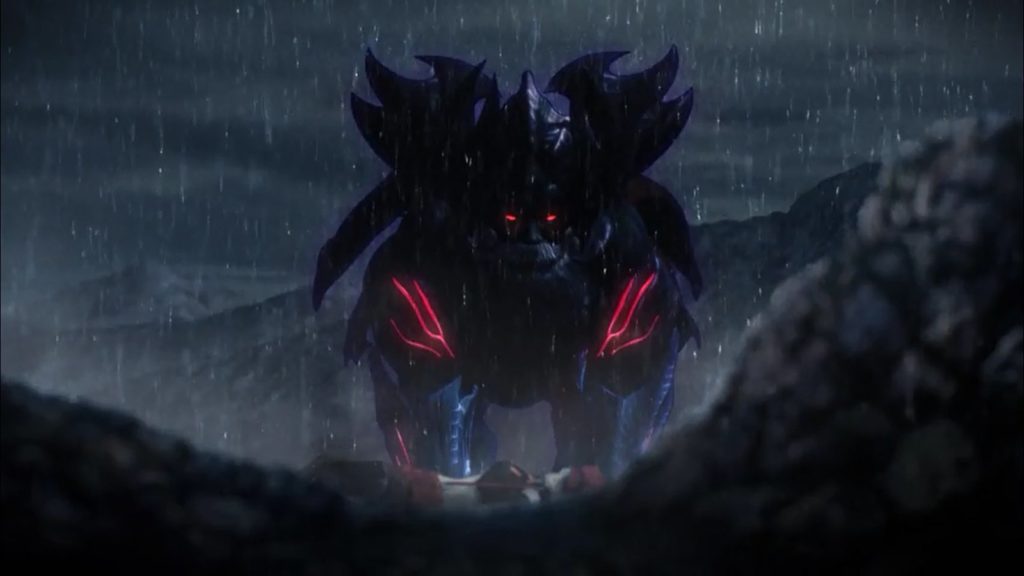 The year is 2071 and the Earth has been overrun by creatures known as Aragami and very little of the human population have survived. Those that have held up together and started fighting back by creating weapons known as “God Arcs” that use similar cells to Aragami to bond the fighter (or “God Eater”) to the weapon. It’s pretty straightforward and you can see how this was all created so you could play as a God Eater slaying various Aragami across different levels in a game, rather than be a set up for a show. Still, the various characters from the first game do appear, with the exception of the playable character Yuu Kannagi, who is replaced with new lead character Lenka Utsugi due to Yuu being the silent protagonist type and therefore not great for an anime show (though I’m pretty sure they could have made him more exciting rather than outright replaced him, but whatever…)

Lenka is a “Newtype” (where have I heard that before…?), which means he can switch his God Arc from gun to sword to … large multi-teethed mouth on the fly. He is the classic “gateway for the viewer” in that he goes through training, gets told of the job and meets the other characters over the first few episodes, giving us the viewer all the information about the world at a safe, deliberate pace. Of the notable game characters, Lindow the cool laidback leader is very much the cool laidback leader, Soma is the brooding silent “bad-ass” type and Alisa and her tragic backstory are a key part of several episodes. An extra layer of game lore is added via a whole series of flashbacks sprinkled throughout the episodes, showing three scientists in a lab working on a new project involving a special new type of organism, slowly revealing how not only the Aragami got created in the first place, but how a lot of the weapons and equipment came into being, sometimes right after they’re used by the God Eaters in the “present”. It’s a good way to include the backstory of the series without doing a whole flashback episode that would just amount to a lot of talking. 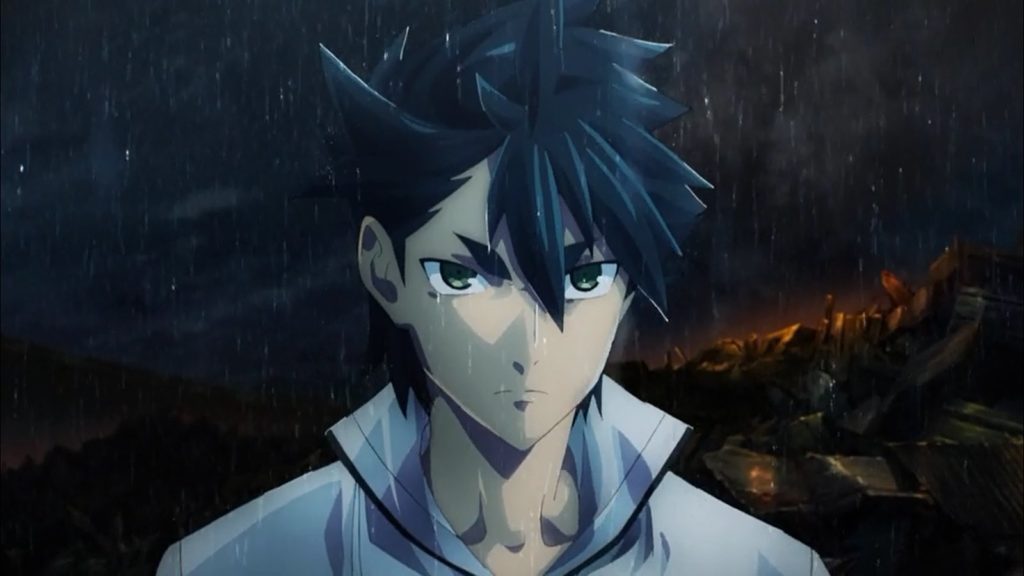 The animation, despite setbacks during production, is up to Ufotable’s standards of fluid movement and very pretty backgrounds. The actual characters themselves look a bit… odd, like they’re covered in Clingfilm or something, and I think it’s so they look closer to CG models and therefore it’s not so jarring when the clearly CG Aragami monsters appear on screen. It took an episode or two to get used to, but when I did I could appreciate the usual high standard that the company has set for themselves, though it has to be said that they overdid the “slowing down time in the rain so we see the rain droplets” shot way too much… I mean, it’s a pretty big coincidence that it keeps raining whenever a battle starts… The series uses a large amount of background songs, as well as music, which is often well placed and adds to the excitement. The Opening theme is “Feed A” by Oldcodex, while the Ending is “Ruined Land” by Go Shiina (featuring Naomi, apparently… good for her.) The only extras are, unsurprisingly, a clean Opening and Ending. 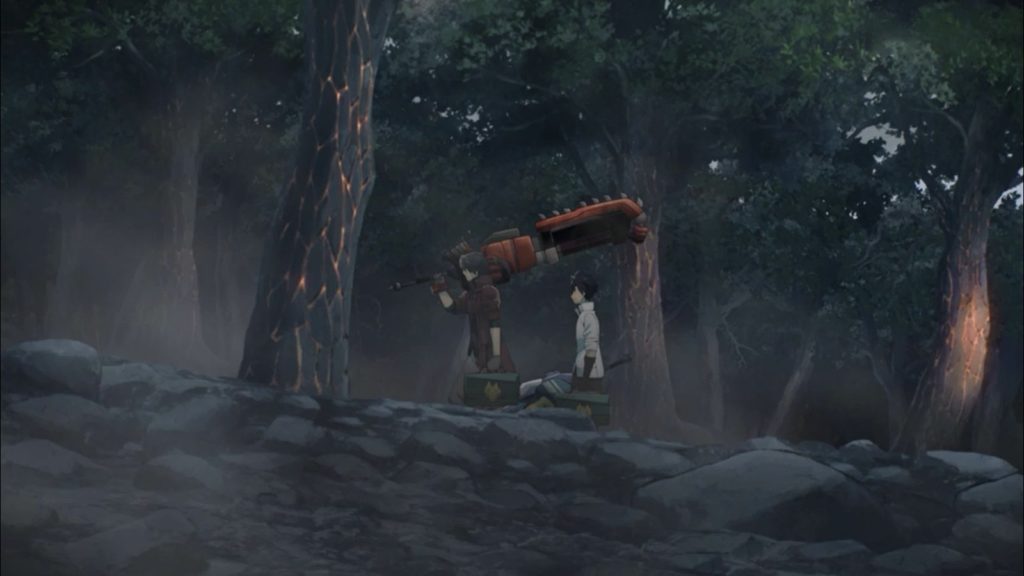 Overall I’ve enjoyed the series so far. I don’t have a great attachment to the game series but the anime does do it justice, and even if you have no knowledge of the games it explains and sets out the world and backstory perfectly well, so you won’t be lost. Lenka is a bit of a dull stereotypical “tragic story, angry against everything” protagonist but he settles down and becomes likable quite quickly, mostly due to being surrounded by a great cast of other characters, a lot of whom are more screwed up than he is! Satisfying action scenes and a decent job of blending CG with regular animation, God Eater is off to a good start. 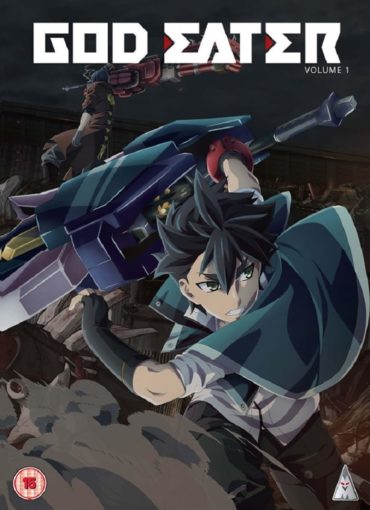