“The fighting in academia is so vicious because the stakes are so low.” – Henry Kissinger.

The first episode deals more with Class 3-E’s struggles with the rest of Kunugigaoka High School, with the boys in the class taking part in a match against the school’s baseball team, which is actually meant to be an exercise in humiliating the bottom class. The class are able to turn things around, but still manage to ignite the sinister wrath of the school’s fiendish principle Gakuho Asano.

After this they face a much more violent anger when a new P.E. teacher, Akira Takaoka, comes in to replace their current teacher from the Japanese MoD, Tadaomi Karasuma, who uses extreme violence in order to try and make the class bend to his will. But of all people, the small, androgynous Nagisa Shiota is able to put him in his place. This is followed up by troublemaker Ryoma Terasaka taking some money to help with an outside assassination attempt after it is discovered that one of Koro-Sensei’s major weaknesses is that he can’t swim. 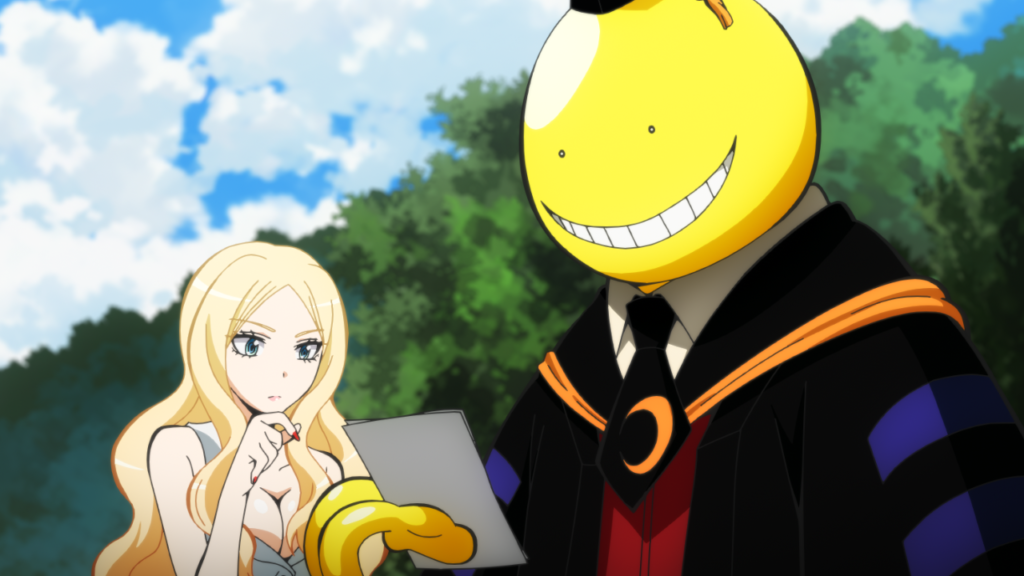 What comes next is the start of the main story of this collection. The final exams are approaching and Koro-Sensei motivates the students by saying that any student that gets the best overall score and/or the best score in each subject, beating every other student in the year, will have the right to shoot off one of his tentacles in a forthcoming assassination attempt. This puts them in direct competition with the best class in the school, Class 3-A, which includes the principal’s son and the school’s top student Gakushu Asano. As a result another bet is placed: whichever class performs best can force the other class to do whatever they want. Class 3-E want to go to a luxury resort in Okinawa normally saved for Class 3-A; whereas Class 3-A want Class 3-E want them to obey a contact agreeing to a list of incredibly harsh demands, including not holding any secrets from them – such as the fact their teacher is a monster that destroyed most of the Moon. The aftermath leads to more assassination attempts and even the students of Class 3-E having their own lives threatened.

As with the earlier episodes, what makes these episodes great is the ensemble cast. We get to know more about some of the minor students in this collection. Among them are Hinano Kurahashi, a lover of nature and collector of insects; Taiga Okajima, the class pervert who tries to kill Koro-Sensei using a massive pile of porn; quiet kids Ryunosuke Chiba and Rinka Hayami, who are class’s expert snipers; Kotaro Takebayashi, an anime lover who is good with computers; and Yuzuki Fuwa, a girl with a passion for shonen manga. The more established characters also grow more. The disturbing top-level student Karma Akabane matures more after he suffers a personal setback, while Terasaka’s attempt at assassination sees him mature more and changes his attitudes toward Koro-Sensei. 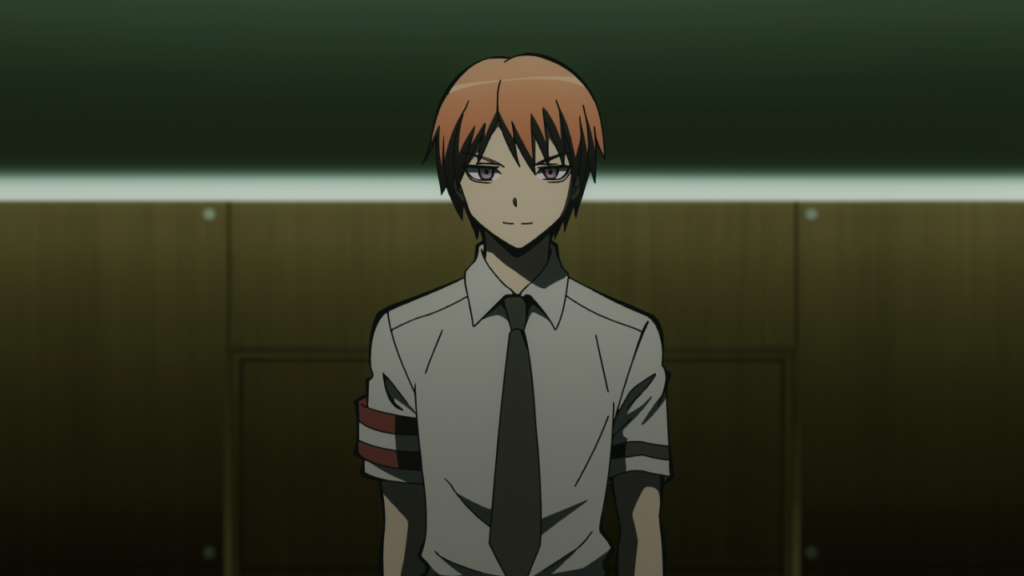 The other great appeal of Assassination Classroom is the situations the characters find themselves in. For example, a group from the class have to infiltrate a hotel in order to help the rest of the class who suddenly fall ill. During this sequence we see Akabane torturing someone using mustard, wasabi and ghost peppers, while Nagisa ends up having to gain access to a party by dressing up as a girl.

Aside from the poor opening theme, “Jiriki Hongan Revolution” performed by some of the show’s cast, there are no real negatives in this collection. The extras in this collection are episode commentaries, textless opening and closing, previews, trailers, and the “Top 10 Moments” from the series as chosen by the English dub cast.

The first series has been great, so let’s hope All the Anime bring the second series out quickly. 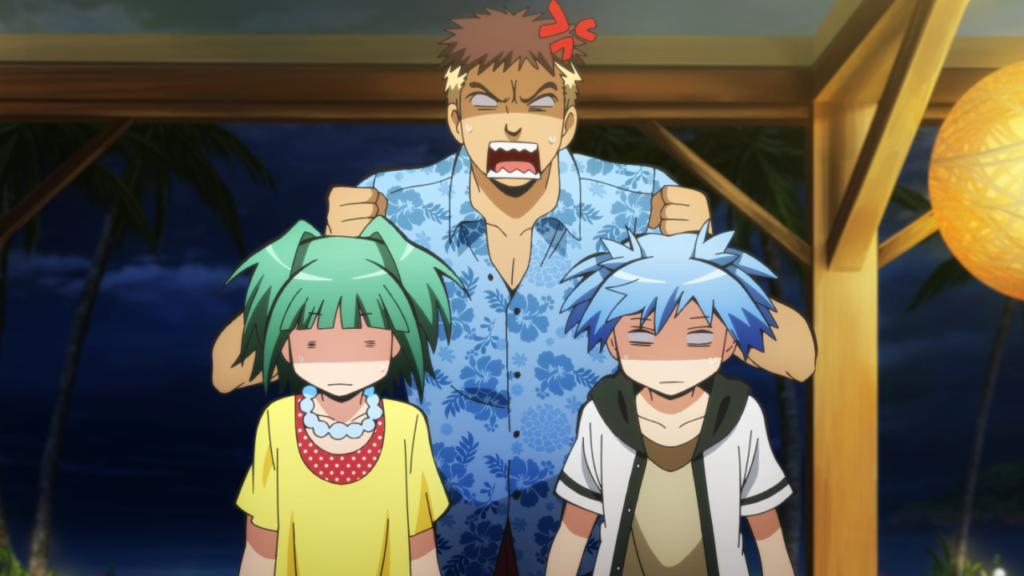 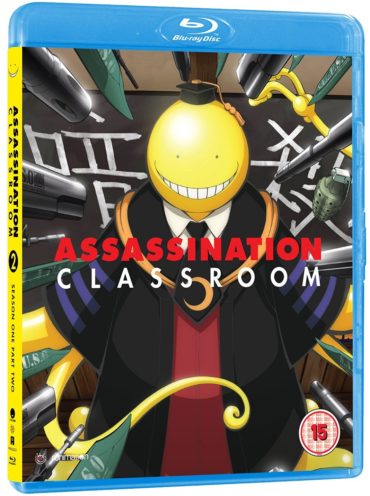