Currently two groups of Fairy Tail wizards are doing different tasks: one, with Erza, Gray, Juvia, Gajeel and Laxus is taking part in the final event of the games, fighting the other guilds. The other, with Natsu, Lucy, Wendy, Mira and the Exceeds is battling at the palace, protecting a time traveller from the future: namely a future version of Lucy who has come to warn them about an impending disaster.

While the games finally conclude, Natsu’s group discovers a giant shadow has defeated the people attacking them. This shadow is from another time traveller: the future version of Rogue, who claims that the future disaster can be stopped by opening the door to the Eclipse Project, but it was stopped in his time by Lucy. He attempts to kill the present Lucy, but the future Lucy takes the blow instead. The future Rogue claims among other things that his attitudes were changed by the death of his Exceed companion Frosch in a year’s time, and that he has killed Sting, taking his light powers. 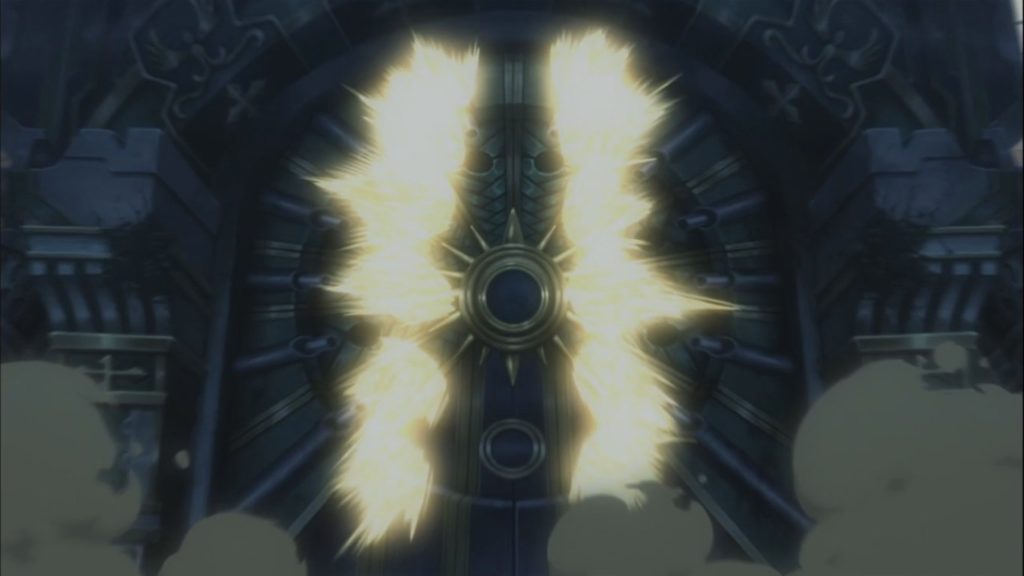 While Natsu battles Rogue, Lucy and others get to the door in time to see it open, but then Lucy really does try to stop it, because she realises that it is a terrible mistake. The planned purpose of the door is to release the “Eclipse Cannon” in order to kill dragons by manipulating time. Lucy however realises that actually the project connects all sorts of time periods, including from the past, meaning that the door has actually allowed dragons from the past to enter the present. Seven dragons manage to enter the door before the door is shut by Lucy and Yukino using the 12 Zodiac celestial spirits. Thus they discover that rather than coming back in time to save the present, the future Rogue has come back in time to conquer the world using the dragons, as he has mastered Dragon Tamer magic.

As their names imply, the only wizards capable of slaying the seven dragons are those who have mastered Dragon Slayer magic. Thus the only ones who can stop the menace are Natsu, Wendy, Gajeel, Laxus, Sting, the present day Rogue, and a temporarily released from prison Cobra. During the fighting, the other wizards have to battle these monsters with relatively little power, resulting in grave injuries and even deaths. This calls for at least one wizard to sacrifice themselves in order to save the others. 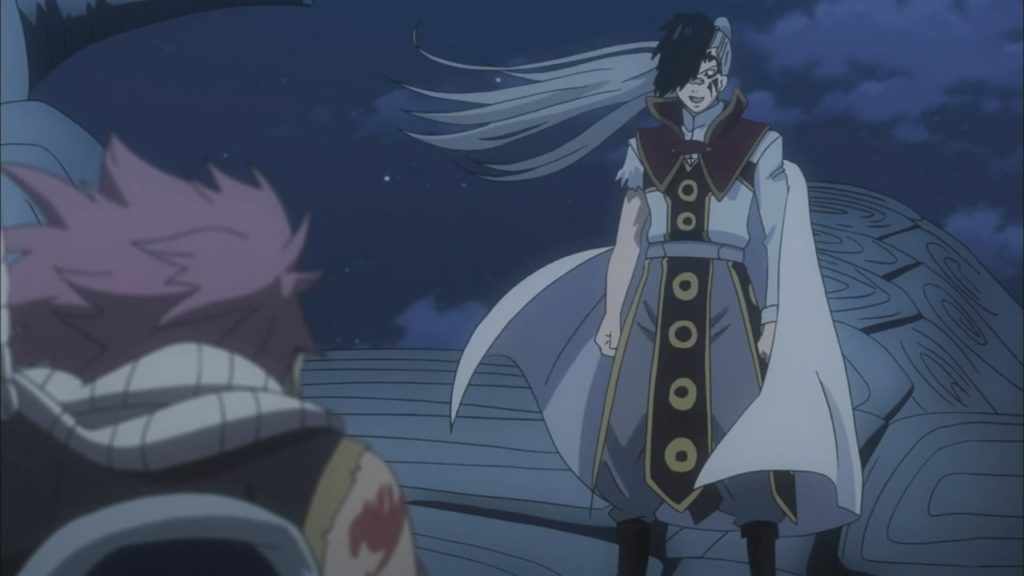 This has been one of the best collections in Fairy Tail, primarily because of some of the gruesome fight scenes. The moment in which the future Lucy takes the attack from future Rogue is shocking enough, but there is one really shocking moment where one of the main characters is killed, shot repeatedly in the chest and finally in the head. It is a really horrifying moment: not gory or violent, but heart-pounding in the sense that one of the main figures in the entire series dies. What is weirder is that before this there is a funny, comedic moment. Personally, it puts me in mind of Gurren Lagann where massive fight scenes are mixed with rather raunchy fan-service-filled moments (e.g. small animals hiding from the fighting in a woman’s cleavage).

As indicated, the comedic moments are good too, although as they are at the fan-service end of things, not everyone will like them. This includes the presence of one of the dragons Zirconis, whose powers include making humans being embarrassed, and his way of doing it is by suddenly making people naked. Yes, he does start by making a whole male army naked, but most of the attention is focused on when he makes Lucy starkers. 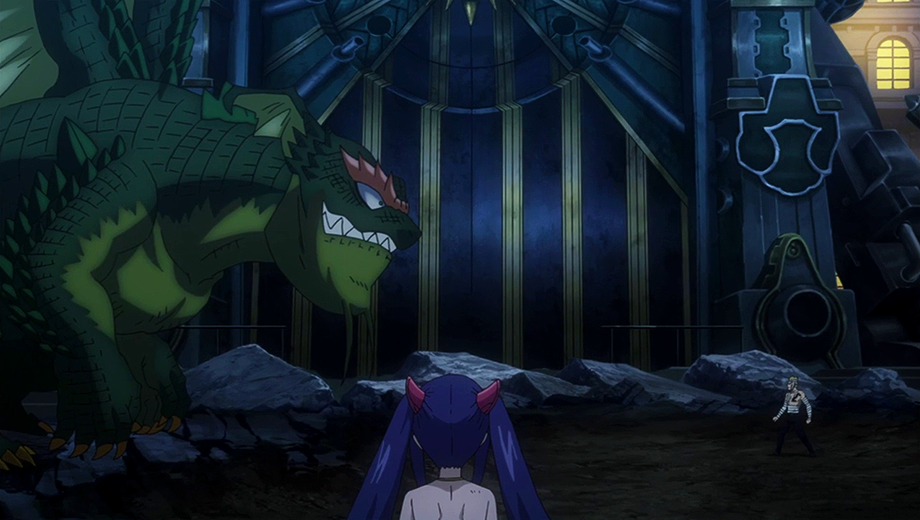 Elsewhere, it is also nice to note that is one of the few Fairy Tail collections that actually ends at the end of the actual arc. It doesn’t end in the middle of a story line and the next collection will begin with a new plot, so there is some decent production on the part of Funimation, even if you still can’t skip through the trailers when you put the discs in. The extras include US trailers, episode commentary, a profile of the Mermaid Heel guild, and textless opening and closing. Both of the songs featured in this collection, the opening “Strike Back” by Back-On, and the ending “Kokoro no Kagi” by May J are good.

The Grand Magic Games arc has been an enjoyable one, and there is already an indication of what will happen in the future. Forthcoming episodes will hopefully be as fun and thrilling. 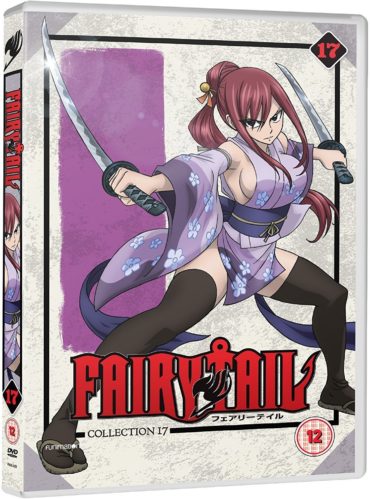 We finally come to (not quite) the end of Fairy Tail.