“All right. I’ll just tell him three things. One – bide your time. Two – keep your nose clean. And three – don’t let the bastards grind you down.” – Norman Stanley Fletcher

As things stand, Fairy Tail are going into the lead as the final day of the Grand Magic Games approaches. However, the head of Sabertooth once again is forcing those who lost their events to leave the guild: namely Sting and Rogue. When Sting’s Exceed, Lector, tries to protest, the head of the guild tries to destroy him, but Minerva transports him away to safety (but still doesn’t tell Sting that in the hope of motivating him more). The head of the guild is effectively toppled with Sting a proposed choice for the new head. 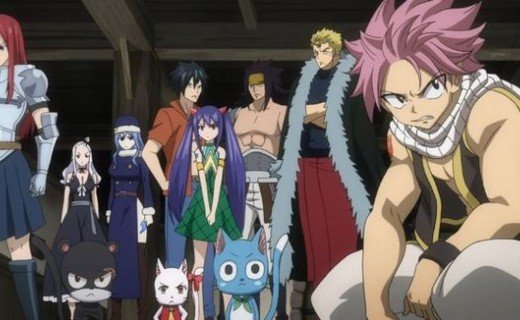 Meanwhile, Gajeel takes Natsu, Wendy, Gray and Lucy to the dragon graveyard that he found at the end of the first series. Wendy is able to use a spell that allows her to revive the spirit of one of the dragons so they can talk to him. This spirit, of Zirconis the Jade Dragon, tells them all that 400 years ago dragons ruled the land, but some wanted to co-exist with humans. The dragons thus went to war with each other, with the dragons that sided with humans offering Dragon Slayer magic to help win the fight. The result however was that the Dragon Slayers killed just about all the dragons, with one of them turning into a dragon himself. The one who did turn was the one who founded the Dragon King Festival, and a dragon that Fairy Tail fear more than any other: Acnologia.

Observing this conversation are Colonel Arcadios and Yukino, who reveal to them a plan to use something called the “Eclipse Door” to travel back in time and kill Zeref before he becomes immortal. The door sucks up powerful sources of magic, like that being used by those taking part in the games. However, others want to stop him considering this is too dangerous a plan. For this reason, celestial wizards Lucy and Yukino are arrested and put in the palace dungeons. 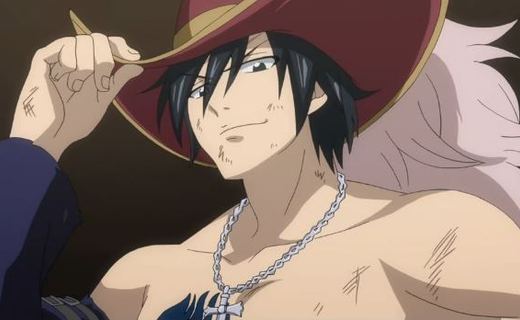 Thus Fairy Tail form a two-pronged plan: one team, consisting of Natsu, Wendy, Mira and the Exceeds goes to free Lucy; while Erza, Gray, Gajeel, Laxus and Juvia take part in the final event of the games, a survival game against all the other guilds, with a careful strategy created by Mavis. While some of the battles in Erza’s team are of interest, especially a three-way one between Erza, Minerva and Kagura of Mermaid Heel, most of the plot development comes from Natsu’s group, who find themselves in the deepest part of the palace dungeons, home to five wizard executioners, and they meet a most unexpected time traveller from the future.

The biggest change between the first and second seasons is a change in animation studio. A-1 Pictures are still involved, but Satelight has gone and been replaced by Studio Bridge. At first you can tell that there are differences in style from odd little things, mainly with the look of the characters’ faces (something appears to be slightly different with the eyes). At first it feels a bit rough, but the more you watch it the more you start to get used to the new style. However, it still doesn’t feel as good as the original. 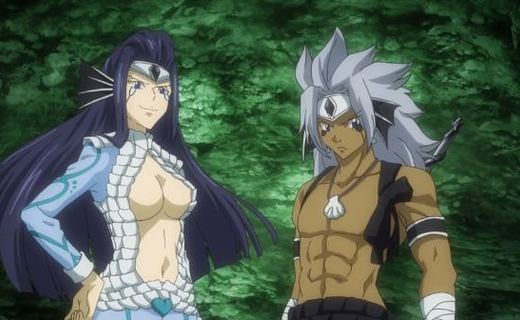 Regarding the plot, it mostly feels like build-up to something bigger. We know this because the opening scene in the whole collection is of Lucy and Natsu fighting in a ruined landscape: something hinted in the last episodes of the first series. We also know that something big is going to happen at the end of the games, and the time travel aspect is also one of interest. The final moments of the collection also feature a development as a battle between Gajeel and Rogue begins to hot up.

Overall though, you know you’re still in the middle of the smaller plot which is building up into something bigger. This smaller scale action is the starter to something which will hopefully be much more spectacular. What we have so far is alright, but we know to expect a bigger spectacle to come.

Concerning extras, there are episode commentaries, trailers, a collection of the best bits of the Sabertooth guild, and textless opening and closing. Of the two tracks, the Opening “Masayume Chasing” by BoA comes across as better than Ending “Kimi to Kare to Boku to Kanoko to” by Breathe. 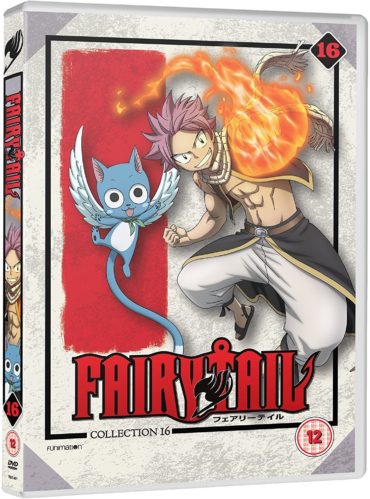