A handsome-looking vintage sci-fi epic about a delinquent biker gang, dusted off for its UK premiere at this year’s Scotland Loves Anime, Venus Wars will forever be eclipsed by that other big ’80s anime film about futuristic biker gangs, but it still has plenty to offer for fans of the genre.

Bearing more than a passing narrative resemblance to various Gundam adventures, the film takes place in an off-world human colony on Venus, mainly following Hiro, the angry young star rider of a violent motorbike-racing league, as he and his buddies are slowly engulfed by the civil war between colonist factions creeping in around them. 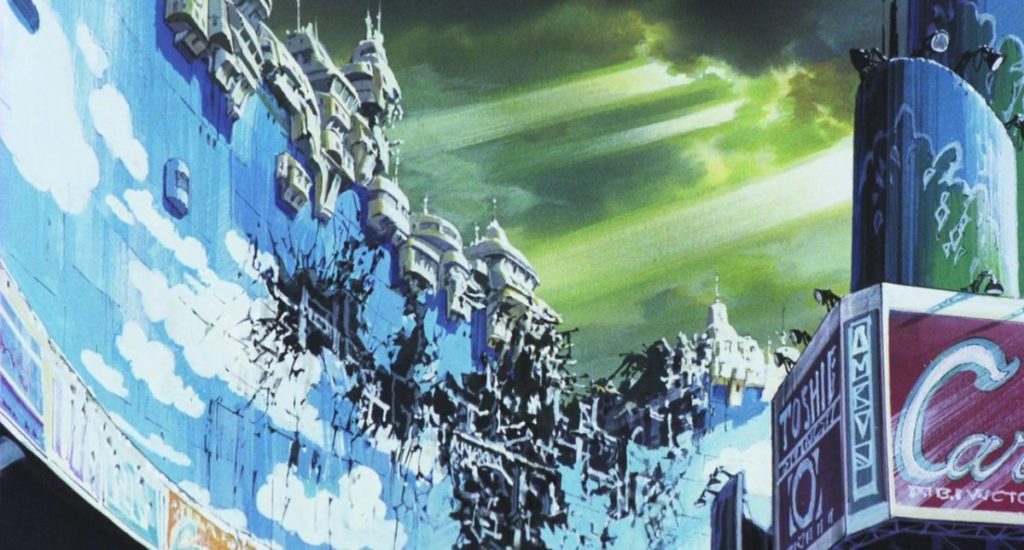 Venus Wars is very much a film of two halves. The first, in which our lovable urchins must deal with the aftermath of an invasion, is the more compelling. A timely portrait of life under occupation, it’s interesting to see how they deal with the largely interchangeable opposing forces vying for control, and a conflict that means less to them than the state of the local shopping mall or their beloved race track. Unfortunately, the second part, which sees the gang forcibly drafted as expendable pilots for the military equivalent of their racing bikes, is more ordinary, and seems to highlight writer/director Yoshikazu Yasuhiko’s long-standing affiliation with the Gundam franchise via a familiar ‘disinterested young man co-opted into someone else’s war’ scenario. The film’s heart is in the right place, with a clear, ‘ripped from the headlines’ style message about how pointless the conflict is and how the people at its bottom are suffering, but we’ve been here before in subtler, more inventive ways.

All this would have been more excusable, had the characters been more engaging – there’s a large ensemble cast and characterisation is spread rather thin between them. Our hero, Hiro, is a very 1980s kind of protagonist; angry, irrational and quick to let his fists do the talking, but I didn’t find him as unlikable as some reviewers seem to. He has an intriguing back story, with his family having been part of a failed experiment to cultivate the barren landscape, and an amusingly awkward relationship with a middle-class city girl, but, frustratingly, none of this ever seems to add up to much, and he’s never really anything more than a one-note character. 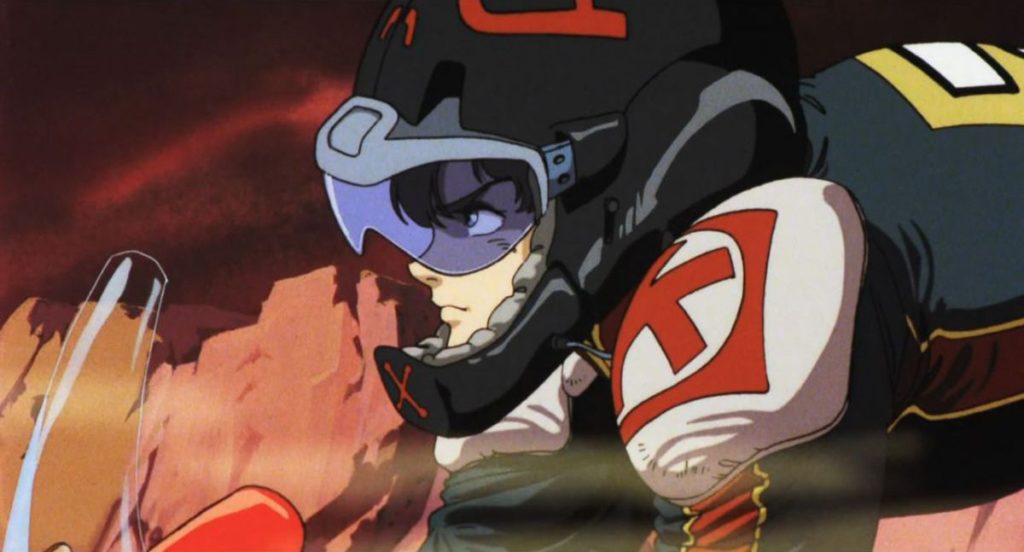 Some of the other players are potentially more interesting, but most are relegated to the sidelines the moment their important scene has passed. Only Susan Sommers, an idealistic, but war-hungry earth journalist, desperately seeking her big scoop on Venus, fares any better. Arguably the most important character other than Hiro, Susan’s bleach-blonde Madonna hairdo and trendy clothes make her an interesting contrast for the weather-beaten colonists – quite literally the girl from another world. She also affords the film a hint of satire, gleefully bobbing up and down with her video-camera while shells are smashing into the buildings around her, but sadly this gets pushed aside as the film wears on, and, like Hiro, something about her subsequent character development doesn’t quite ring true. 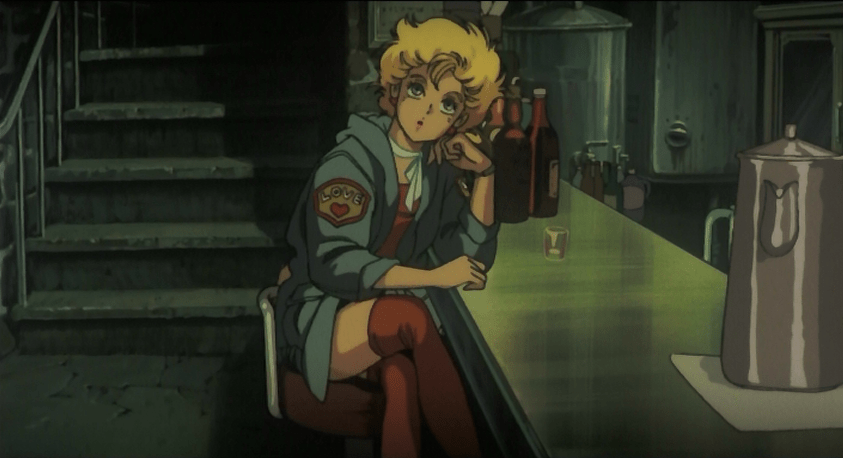 As Jonathan Clements pointed out in his introduction, Venus Wars‘s production must have coincided with that of Akira, and the two will always inevitably be compared. Even though Venus Wars was released just a few months later, it must already have felt about ten years out of date, its story harking back to the traditional space opera, in the face of its terrifyingly new cyberpunk stablemate.

To its credit, however, Venus Wars is considerably easier to follow for the uninitiated, with plenty of impressive action set-pieces to keep things moving along. It’s very episodic and might have worked better as two films, rather than one, but Yasuhiko makes a fair stab at condensing his own serial into a single feature. Yet, it is still tempting to wonder if he was too close to the source material to adapt it effectively – I do feel streamlining the story with fewer characters and better dialogue would have made for a far stronger film.

For all the difficulties with the story, however, the film’s visuals cannot be faulted. A glossy, high-budget production, I’d easily put this one up there among the best-looking anime films of the 1980s. Watching it on the big screen is a real treat, with deftly handled race scenes and bike chases that make the most of the pleasingly idiosyncratic mechanical designs (monobikes!). The film may lack the pulsating glow of Neo Tokyo, but I was also particularly impressed with its beautifully realised, dusty, earth-toned landscapes, filled with painstaking attention to detail and lavishly animated grace notes. The film is often criticised for its rather odd decision to mix live action footage with animated overlays for a couple of scenes, but I don’t feel this actively hurts it. It doesn’t really work, and it got a hearty laugh from the Glasgow audience, but even as a failed experiment, it’s an amusing addition to the otherwise slightly rote second half. 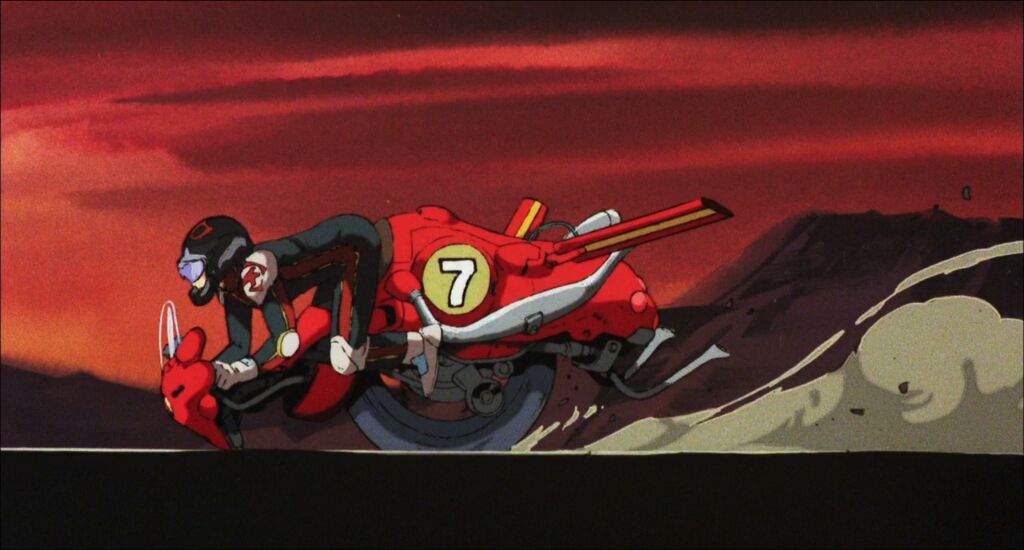 Flawed though it may be, Venus Wars is still an entertaining mix of teen biker action and off-world war drama. It’s a shame it will forever be overshadowed by its ageless, blockbusting rival, but it actually makes for an intriguing companion piece, underlining just how much Akira changed the face of anime, while remaining an endearing and earnest spectacle in its own right. If you can still get in for that last Edinburgh showing, I would highly recommend doing so.

A previous version of this review originally appeared on the Big Glasgow Comic Page. 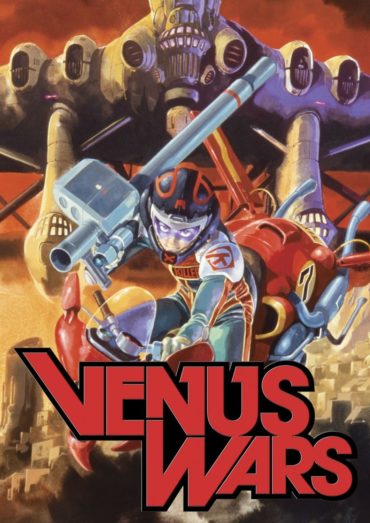 ‘Vexille’ is one of a number of anime being produced with CGI as opposed to conventional cell drawn animation and is a scrumptious example of what exactly can be done with CG animation. Much like the Korean animation ‘Sky Blue’; ‘Vexille’ has a penchant for crafting fabulous animation yet lacking anything resembling a story. Essentially … Continued