Screen Daily confirmed yesterday that Manga Entertainment CEO and industry pioneer Colin Lomax passed away between Christmas and New Year. He was 56 and is survived by his wife, Lisa.

The original report above includes a detailed obituary of Mr. Lomax’s extensive career in film, starting with a move from music in the 1980s, to him leading the buyout of Anchor Bay and Manga Entertainment from Starz Media in 2011, up to the recent expansion of Manga Entertainment, including an international sales arm and the recent announcement of co-production Cannonbusters.

Manga Entertainment have released the following statement to Screen Daily:

“The team here at Manga Entertainment is deeply shocked and saddened at Colin’s passing and our thoughts are with his wife, Lisa, at this time. We’d like to thank everyone for the tributes and many messages of support and condolence we have received.”

“That 2017 was the label’s most successful year in its history is a fitting tribute to Colin’s commitment, dedication and drive. The company will continue to develop his legacy in the months and years ahead.”

The Anime UK News team would like to express our sincere condolences to Mr. Lomax’s family, friends and colleagues. 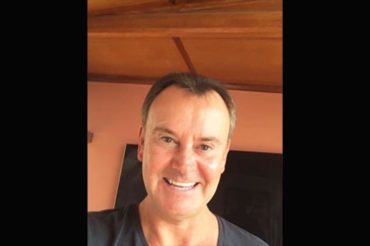