ReLIFE is one of the most popular anime titles Crunchyroll streamed back in the Summer of 2016. In fact all of the episodes were made available in one go for Premium members, allowing viewers to watch them all already. Not long after the anime adaptation had been completed, it was announced that the manga would end and in return there will be a couple more OVAs to conclude the anime as well.

While in Japan these OVAs would be exclusive to Amazon Prime, overseas they will be made available on Crunchyroll instead. That’s right, Crunchyroll have began streaming the OVAs for ReLIFE with episodes 14, 15, 16 & 17 now available to watch right now for premium members only. There are 4 OVAs in total.

Plot synopsis for the TV Series:

Arata Kaizaki (27) quit the job he landed after graduation in only three months. His life did not go well after that. Now his parents are threatening to stop sending money, and want him to come back to the country. He has no friend or girlfriend to share his troubles with…as he hits rock bottom a strange man named Ryo Yoake appears. Yoake invites Kaizaki to join a societal rehabilitation program for NEETs called ReLife. This program uses a mysterious drug to make him look younger, and sends him back to high school for a year…

ReLIFE is available to stream on Crunchyroll in Japanese audio with English subtitles and Funimation in English audio. 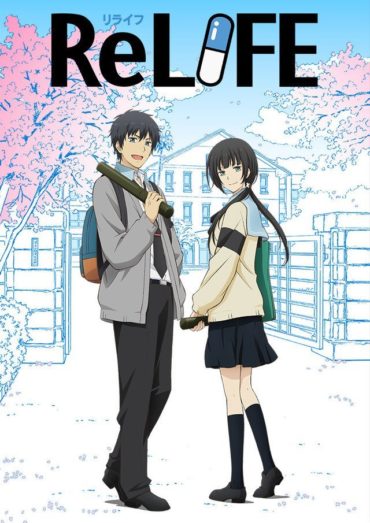