April fools is over and UK distributor Anime Limited have announced their first license of the Spring 2018 anime season with Lupin the Third Part 5.

Lupin the Third Part 5 is the fifth main series to star Lupin and his crew as they venture towards France! The series will also be simulcasting on Crunchyroll for the United Kingdom & Ireland when it begins airing on 3rd April.

Lupin the 3rd Part 5 finds our renowned thief and his associate Daisuke Jigen hiding out in an apartment in modern-day rural France, which provides the backdrop for this latest series.

This time around Lupin is drawn into the world of technology via a site on the so-called “dark web” known as Marco Polo – a go-to place for undesirables to purchase illegal items from drugs to firearms. Can Lupin successfully infiltrate a datacenter and carry out a heist to steal digital currency from this virtual realm?

It’s a unique challenge, made all the more so by the presence of Ami, a mysterious hacking genius who has her own interest in Marco Polo, as well as a man who claims to know details of Lupin the 3rd’s past…

Anime Limited will also be releasing Lupin the Third Part IV: The Italian Adventure later this year on Blu-ray. Details for the home video released will be announced soon. 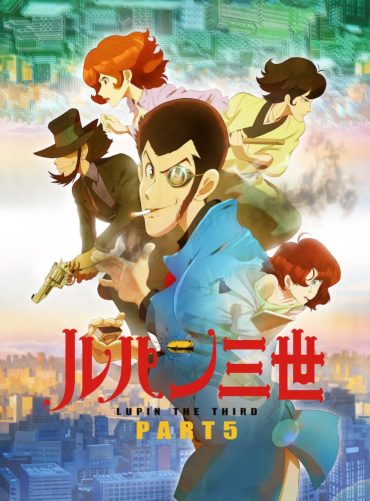