First introduced in 1996, the Digital Versatile Disc (DVD) has enjoyed a long reign as the leading format for home entertainment, dethroning over two decades of rule by analog VHS tapes. There’s been a new top dog in town for a while now though: Sony’s Blu-ray disc.

Introduced in 2006, the High Definition picture and larger data capacity are just two of the advantages Blu-ray has to offer, yet twelve years on, the DVD still remains the choice of many.

For anime fans at least, the era of DVD may finally be reaching its end. Following news last year that North American distributor Sentai Filmworks will phase out the format by 2019, the Wales-based MVM Entertainment made a similar announcement earlier this week, in an interview with Anime Independent.

Speaking to Anime Independent’s Ross Liversidge, MVM Entertainment’s owner Tony Allen confirmed that the distributor will also be dropping DVD releases for titles from Q4 2018. While the formats share a close average audience share of 60:40 (in favour of Blu-ray), Tony noted that reasons for the decision included the availability of materials from foreign partners (such as Sentai Filmworks), as well as minimum print runs and increasing warehouse costs. While MVM Entertainment have commissioned their own DVD masters for next month’s Flip Flappers Standard Edition release, this practice is also understandably not financially viable as a long term strategy. 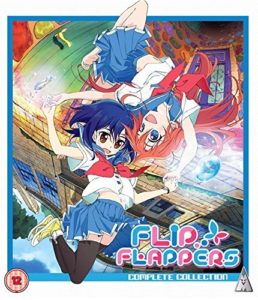 Following this news, we reached out to Mr. Allen for further comment and clarifications. While he declined to answer our individual questions, his response did briefly touch upon one of the concerns we raised – whether dropping a still-popular format could impact the price of future Blu-ray exclusive releases:

I would not expect any price reductions. If anything, prices in [the United] States and Australia seem to have moved upwards.

While it appears that DVD-only fans of MVM Entertainment’s titles may want to think about investing in a Blu-ray player soon, we also reached out to the country’s other two dedicated anime distributors, for their thoughts on the DVD format.

Andrew Hewson, Manga Entertainment UK‘s Marketing Manager, responded with detailed insight into how the company balances the two formats, especially in relation to their franchises like Pokémon:

With MVM Entertainment revealing that they expect to drop the DVD format from Q4 2018 following similar decisions by foreign partners, is Manga UK remaining committed to the format, or can we expect a similar decision for your anime titles in the near future?

Yes, we will continue to release our titles on DVD for the foreseeable future. I completely agree with Tony though, it is growing increasingly more difficult servicing two formats given the high inception, distribution and storage costs, not to mention audiences migrating from physical product to streaming – this mainly applies to the more niche releases though. However, we are in a fortunate situation whereby we have rights to almost all the big anime franchises and DVD tends to outsell Blu-ray, so if we were to completely drop DVD we would isolate a big portion of our audience as well as lose out on substantial revenue. Worth noting as well that some people still don’t own a Blu-ray player or a game console!

Manga UK’s catalogue appeals to a number of different audiences with titles ranging from Pokémon to Love, Chunibyo & Other Delusions. Have you noticed any average format preferences, or can it vary greatly based on the individual title?

To be honest, it varies from title to title but the perennial franchises like Pokémon sell better on DVD than Blu-ray. For example all the Pokémon movies we have released so far have sold over 225,000 units but only 7% of those are Blu-ray, which is why with I Choose You! we went out with a BD steelbook to cater to the collector’s market. There are also other factors for the huge number of units sold – long running franchise, type of audience, price on shelf and level of distribution/marketing. We have noticed the opposite with the Digimon Adventure Tri movies, Blu-ray outsells DVD.

With Manga UK also releasing more combo packs for its anime titles than competitors, how does the company balance the desired formats for its releases?

We had a period of releasing quite a few titles in combo packs last year but these never really connected with fans so we have drastically reduced the amount for 2018. The idea behind this was to lower our SKU count as well as a cost saving exercise, but I think audiences were put off by having to buy both formats knowing they will only ever use the one. There are titles this year that Manga will only release on DVD and this is down to what materials are available, but also if foreign distributors (from which we share assets) have decided against Blu-ray based on viability, this is usually a good indicator for us to do the same rather than incur the authoring and manufacturing costs if the forecasted BD sales are low.

With Manga Entertainment UK reconfirming their present commitment for DVD, we also heard similar in a statement from Andy Hanley, Marketing Manager for Anime Limited:

Anime Limited remains committed to releasing anime in as many formats as makes sense, and where there is broad demand – such as Your Name, Tokyo Ghoul or Sword Art Online to name a few examples – we continue to release those titles on DVD as well.

In broader terms, we evaluate and decide on whether a DVD edition is required or viable on a project-by-project basis – for example, factors include whether a show is aimed squarely at anime fans or a specific subset of them, whether a DVD master is already available, or simply if we feel demand is best served releasing a title on DVD.

So, with both Manga Entertainment and Anime Limited remaining committed to DVD, you may be safe from the cost of upgrading to HD for now.

How do you prefer to buy anime – DVD or Blu-ray? Let us know in the comments! 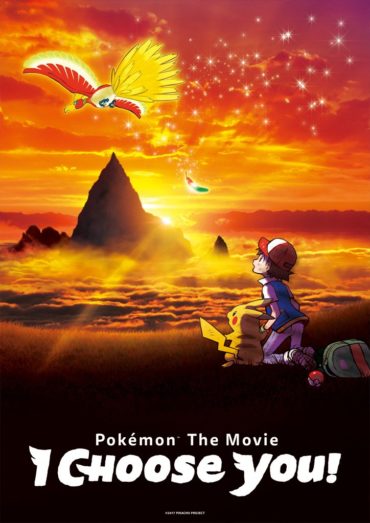 Anime Limited announces CloudMatsuri, a free virtual convention, featuring guests like the studios behind Keep Your Hands Off Eizouken!, BEASTARS, and even the upcoming Fairy Tail RPG!