The volume picks up right from where we left off in Volume 72, as Wandenreich Sternritter Schutzstaffel D “The Deathdealing” Askin Nakk Le Vaar (I’ll admit to copying and pasting that from my last review…) is taking on former Squad 12 Captain and Ichigo’s trainer Urahara Kisuke. They trade crazy “out-thinking each other with super powers” scenes before Urahara is backed into such a corner that he is forced to finally reveal his Bankai. Now, Urahara’s Bankai was teased way back in the early phases of the Arrancar arc, where he was questioned as to why he couldn’t use his Bankai to train Chad and replied “My Bankai isn’t the sort to train with”. This turns out to be true, but not for any really exciting reason… Still, it looks good visually! The fight also includes scenes with the Arrancars Grimmjow and Nel, just for the hell of it, really.

For the middle chapters of the volume we get to see more of the various Captains’ struggles against the super-massive Wandenreich Sternritter Schutzstaffel M “The Miracle” Gerard Valkyrie, who grows in size proportionately to how much damage he receives. As well as new moves/forms from Byakuya and Hitsugaya, we also see Captain Kenpachi’s Bankai which, given we only found out about his first sword release earlier in this arc, sort of comes out of nowhere. Still, it’s a good scene! We also briefly see Rukia and Renji (that’s right, briefly, despite Renji being on the cover of this volume!) before a chapter or two where Ichigo actually confronts and begins his big final battle against the Wandenreich leader Yhwach, which doesn’t go well to start, as per the usual build-up for a climactic showdown! There is a nice scene with long-time friend/love interest Orihime getting to stand by his side and fight with him, rather than being a burden. That’s at least a little bit of development for the character… 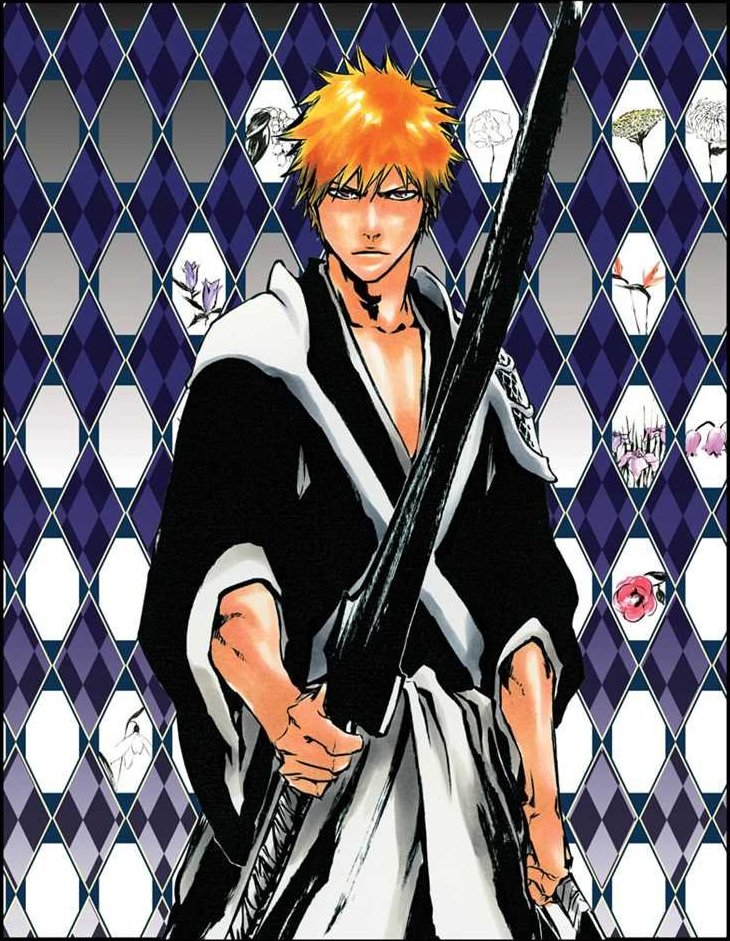 At the very end of the volume we see Uryu continue to struggle against Yhwach’s direct underling Jugram Haschwalth, and a final panel tease of Ichigo and Uryu’s fathers showing up at long last. So going into the final volume we have a gathering of Captains trying to take down the massive Valkyrie, Uryu fighting Haschwalth and Ichigo, with Orihime, Rukia and Renji, fighting the seemingly unstoppable (and still unpronounceable) Yhwach.

Tite Kubo’s artwork is still lovely, detailed and gory when necessary. He may not care much for plotting, but he hasn’t half-arsed his artwork… I think I’ve mentioned this for several reviews in a row, but it’s still true!

Bleach Volume 73 does what it’s been doing for a couple of volumes now: show some yet-to-be-revealed Bankai, give some long-standing and popular characters one last hurrah, and build towards the final fight against Yhwach. It’s fine, quite fun in places, but entirely lacking in story. With Volume 74 being the final one, I guess it won’t be doing that next time though! 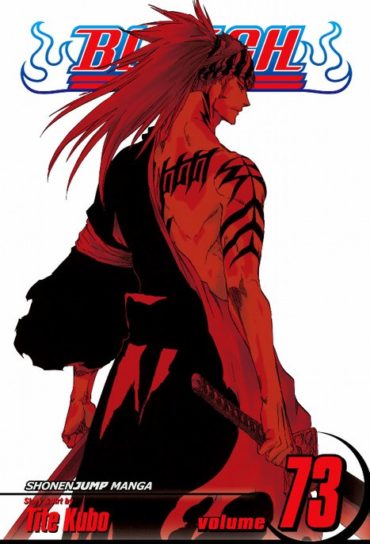 Bleach is continuing its slowly released countdown to the finale in this country with, as the title suggests, Volume 71! Giant sentient hands, energy-created sniper rifles and a long awaited Bankai reveal await inside!