As the announcement of Bleach’s final chapter still rings across the manga and anime-related internet, Volume 67 is released here in the UK, still several volumes away from the announced end.

The battle between the Shinigami (or Soul Reapers) and the Quincy Wandenreich continues on, though now the focus is entirely on the fight between the Elite Sternritter group, the Quincy leader Yhwach and the Royal Guard, a.k.a. Squad Zero. After a brief battle between Sternritter D: “The Deathdealing” Askin Nakk Le Vaar (wouldn’t be one of these reviews without a weird name!) and Squad Zero member Oetsu Nimaiya. It’s your classic Kubo-written fight, Nakk Le Vaar describes his convenient and long-winded power to his stricken foe before the tables are turned via an equally convenient but not as hard to describe power. This is actually one of my favourite things about Bleach, most of the powers wielded by the characters aren’t just your plain fire and ice powers.

In the previous chapter I talked about characters who have been hyped up being defeated off-panel; well, in order to revitalise his Elite guard, Yhwach kills a bunch of them, without us finding out their powers or anything. Again, very annoying. The revived Elite cause major trouble for Squad Zero, leading to Yhwach confronting the cover man of this Volume and Captain of Squad Zero: Ichibe Hyosube.

Of the ten chapters in this volume, the fight between Ichibe and Yhwach takes up a good seven of them, which is good as I was beginning to worry for the pace of this story arc. Squad Zero may have, for the most part, failed to live up to all their hype, but I’m happy to confirm that Ichibe, the strongest of them, more than lives up to it. He’s playful and nice, and also terrifying at times, and has a very unique skill set based around the power names have on things. I mentioned enjoying the battles in Bleach where there is a back-and-forth of crazy powers out-trumping each other; they’re unique and fun, and this fight supplies that in spades. I’ll leave it at that and let you find out and enjoy the craziness.

The final chapter ends on a big cliffhanger, leaving you with hope that the story will enter a new phase now that some of the lesser characters have been cut (as annoying at the way that was achieved is…)

I’ve had reservations about how this final arc has shaped up, with some questionable and rushed actions, and although there are some traces of that within this volume, the majority of it is just one large, over-the-top and crazy fight between two fresh and powerful characters. The art is once again great, both the characters and the depiction of movement during the fight scenes.

This arc may well be the weakest of an admittedly great set of storylines in the manga, but this volume on its own merits is one of the strongest volumes in the series, and certainly worthy of your attention. 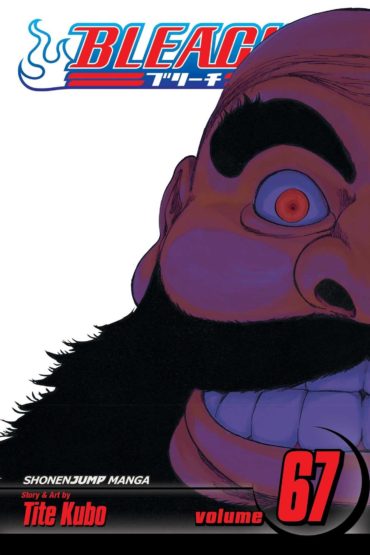 Against The Judgement The 69th volume of Bleach has hit British shelves and it’s full of build-up and returning characters! Let’s take a look. The volume begins with the gathered members of the Gotei 13 as they try to create a gate to reach the Royal Realm and have a crack at the still- annoying-to-pronounce … Continued