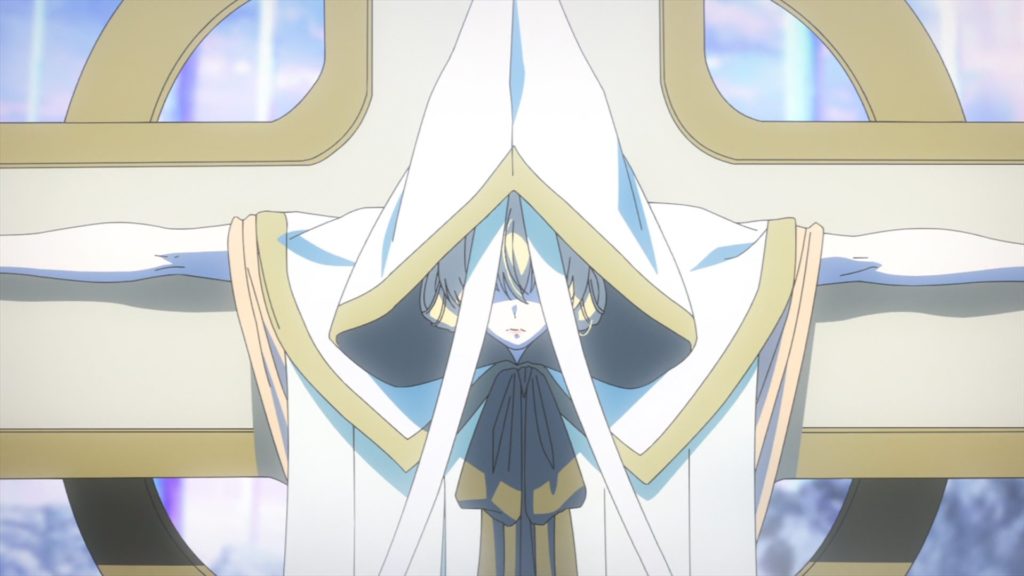 First of all let’s make it clear what we are getting into here, because this series wears its ecchi credentials on its sleeve and goes in hard, veering from extreme fanservice to what could be argued is softcore porn as it tries to use various sexual elements to try and get the most titillation out of its audience. There’s nudity, there’s unrealistic breast physics, clothes shredding, nipple sucking, unsolicited breast fondling and some stronger sexual assault. Whether you’ll like this series can therefore be held to your tolerance for these aspects of the show being presented as entertainment, or being able to laugh at how cringeworthy they can be. It’s really the kind of show we don’t see that much these days, and in some ways it feels like you’ve jumped back to the early 2000s when they were a lot more common.

This dated feeling extends to the animation itself, which feels like a low budget affair. While animation quality does improve as the series goes on, it cuts back wherever it can, using static backgrounds, still frames and panning shots. These are more evident in the first half of the series as they were clearly saving budget for the show’s climax, and while they aren’t major deal breakers in this kind of show, they still don’t give an outstanding impression, particularly when one of the early episodes has a driving scene that feels like a real step back with a hand-drawn, boxy vehicle being shown rather than the more realistic CGI depictions you get in most anime these days. 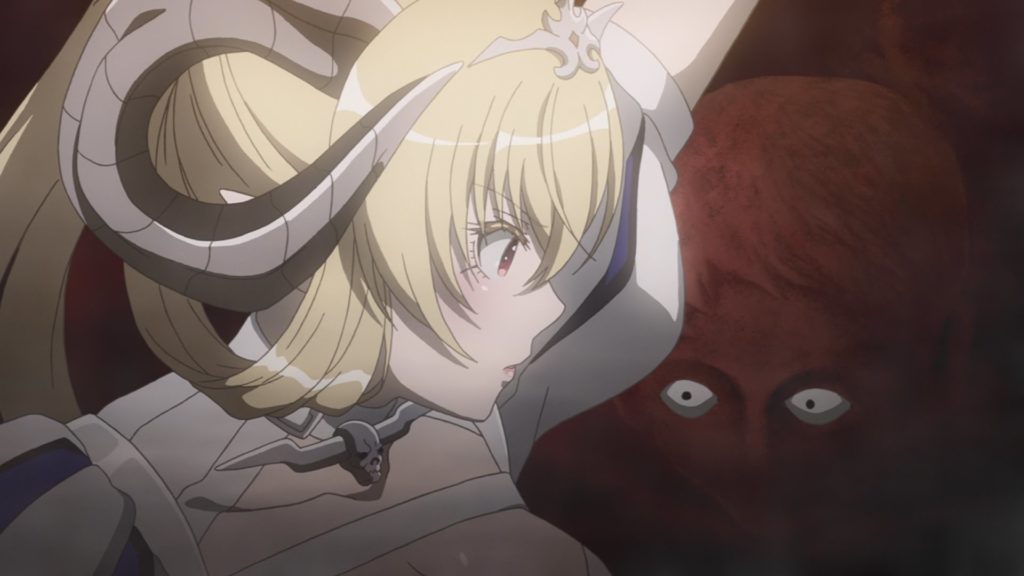 It’s not all bad though, as the series serves up some good-looking environment designs for the different layers of Hell, with each area being well tailored to the Sin that resides over it. The souls of the dead making up cliffs and pools of sludge are rather grotesque and the appearance of an occasional demon also helps to flesh out the underworld.

It also does well with costume and character design; much like the designs for Hell, the Sins are well matched to their namesakes – Satan, Sin of Wrath is a fiery warrior, Belphegor, Sin of Sloth has a tail like the animal that gives the vice its namesake, and Astaroth, Sin of Melancholy has a punkish, Gothic Lolita-like look. It’s a shame that they can’t keep their clothes on long enough for you to admire the work that’s gone into them though, as most fight scenes end up with them ripping and tearing in response to attacks. As such, fights are heavily sexualised, but they are otherwise entertaining to watch, if a little basic in their structure. 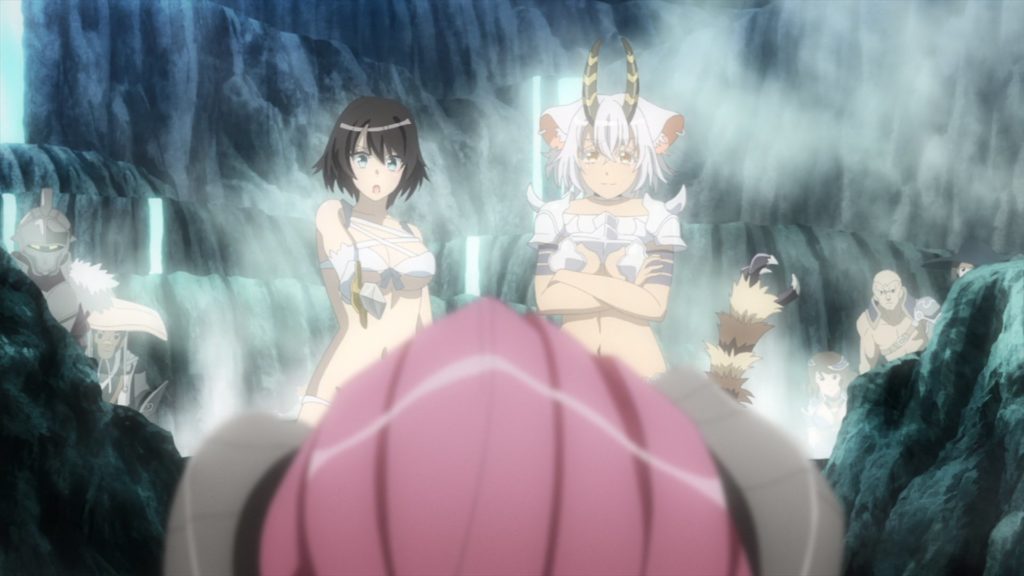 In terms of story, the series is a bit of a slow-burn as the majority of the series is focused on Lucifer conquering each of the Seven Mortal Sins. I did however like its approach; instead of having to face off against each Sin in a fight, Lucifer has to beat them at their own game, giving the series a lot of variety in the challenges that Lucifer faces. My personal highlights are the episode featuring Gluttony, where Lucifer faces off against Beelzebub in an eating contest, and the episode about Melancholy that sees her take on Astaroth in a singing contest. Both of these inject a good dose of goofy humour and are a welcome departure from the sex-crazed action of several of the previous episodes; but they do leave the series feeling inconsistent, flip-flopping between being a hard, fanservice-focused action show and a goofy comedy. I do think that it shows promise for both sides of the coin, but ultimately the focus on sex limits and spoils the overall experience. The same can be said of the deeper subplot about Heaven’s planned invasion of Earth and Hell – they could have built an entire show around that, and it would have resulted in a deeper and more engaging series, but it’s so focused on its sexual aspects that it only really comes to the fore right at the end. 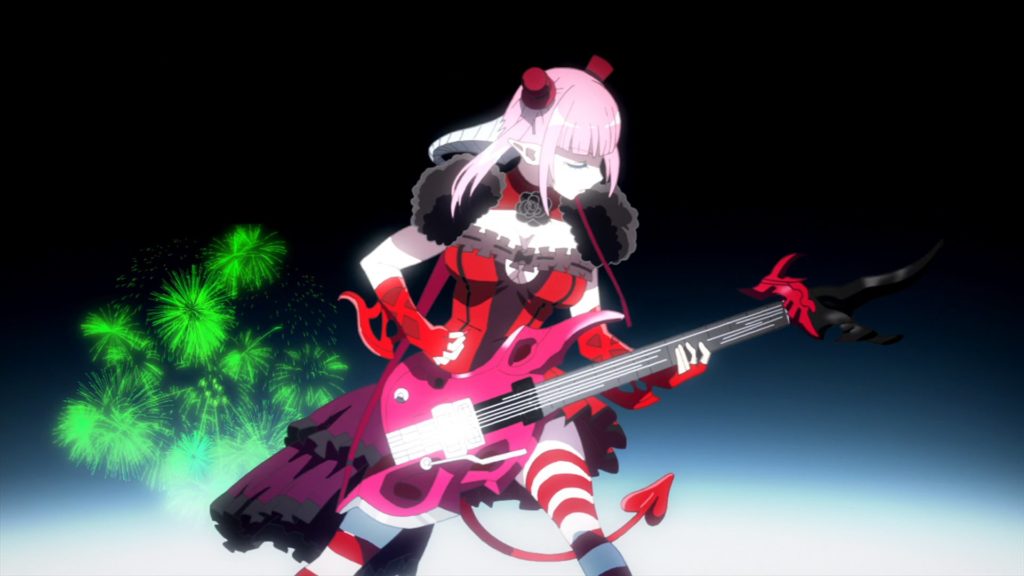 For the type of show this is, its soundtrack is surprisingly decent, playing to a very gothic sound that really fits its setting. There are a surprising number of insert songs placed in the series’ goofier episodes and while none of them are ground-breaking, they aren’t awful either. The opening and ending songs though: Mia REGINA’s My Sweet Maiden and Welcome to our Diabolic Paradise; are totally killer, both sounding great and thematically fitting the show very well. While it’s a shame they’ve continued to be stuck doing songs for ecchi shows like this, as Waka, Fuuri and Risuko are incredibly talented, it’s at least allowed them to keep going as a trio, which I’m very much thankful for.

MVM’s release of the series comes with all twelve episodes over two discs, along with Japanese promotional videos, commercials, textless opening and ending and trailers for other Funimation licensed shows. Audio options include Japanese with nice, readable English subtitles and the English dub.

The Japanese voice cast has a couple of surprisingly big names, with Eri Kitamura (Puella Magi Madoka Magica’s Sayaka Miki) as Lucifer and Yoko Hikasa (K-On!’s Azusa) as Mammon, the Sin of Greed, and while some of the other cast members have done less work, they aren’t exactly fresh-faced. Contrasting with the serious tone of the Japanese dub, the English dub takes the show’s slightly corny script in its stride and goes all-out with silly, exaggerated accents. Leader of the Sins, Belial, is voiced by Elizabeth Maxwell who gives her a deep-southern American accent that sounds absolutely hilarious, and several other voice actors take a similar approach. While I don’t dabble in English dubs often, I’d say this is the recommended way to watch this series, as it enables you to laugh along with it rather than cringing at its sexual content. 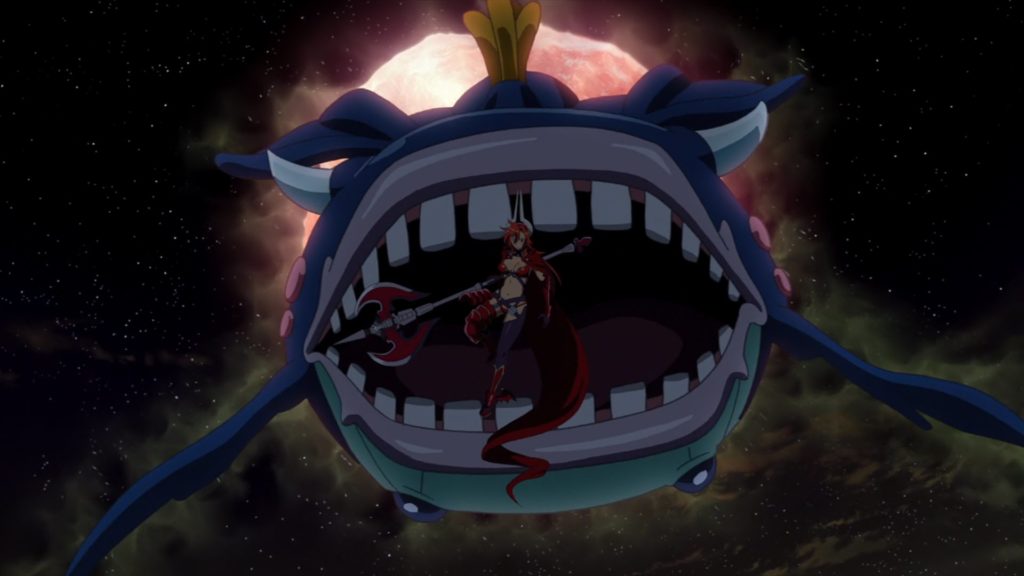 Overall, Seven Mortal Sins is an ecchi show where the sexual content gets in the way of a deeper plot that could have made this a much more enjoyable series. A lot of it is a bit too abusive for my liking, and it definitely limits the series’ appeal to fans of this particular genre. For those who do enjoy that sort of thing there’s definitely plenty to entertain you here, but if you’re not looking explicitly for the sex, then there’s plenty of shows out there that serve the series’ action and goofy comedy without it. 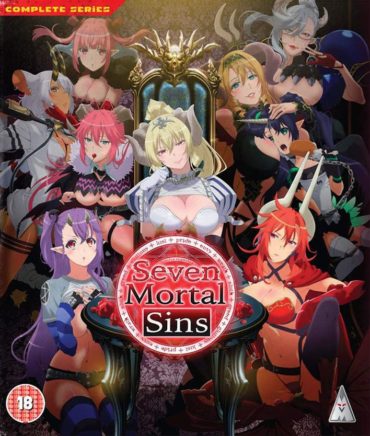