Streaming service Crunchyroll and distributor Funimation have announced that Mob Psycho 100’s English dub is now available to watch on both of their streaming platforms.

Both Mob Psycho 100 Season 1 and the OVA special REIGEN: The Miraculous Unknown Psychic are now streaming in English audio on both Crunchyroll and Funimation Now for the first time digitally in the United Kingdom & Ireland. The first season was available on Funimation Now in the past, but was initially delisted for a certain amount of time.

Both Crunchyroll and Funimation have also confirmed that the English dub for Mob Psycho 100 II will be streaming weekly starting Thursday, April 25th 2019. All of the episodes are available over on Crunchyroll in original Japanese audio with English subtitles, while Funimation will only provide the English dub as part of their partnership agreement (Crunchyroll owns the rights to the series).

Plot Synopsis via Crunchyroll for Season 1:

Kageyama Shigeo, a.k.a. “Mob,” is a boy who has trouble expressing himself, but who happens to be a powerful esper. Mob is determined to live a normal life and keeps his ESP suppressed, but when his emotions surge to a level of 100%, something terrible happens to him! As he’s surrounded by false espers, evil spirits, and mysterious organizations, what will Mob think? What choices will he make? The anime based on the original story by ONE, the idol of the webcomic world and creator of One-Punch Man, is coming your way with animation by leading animation studio Bones!

Mob Psycho 100 is based on the manga series written and drawn by ONE (One Punch Man). The anime adaptation has been handled by studio Bones with director Yuzuru Tachikawa.

You can also pick up Mob Psycho 100 Season 1 on Blu-ray & DVD from UK distributor Manga Entertainment and US distributor Funimation. The manga has also been licensed and distributed by Dark Horse. 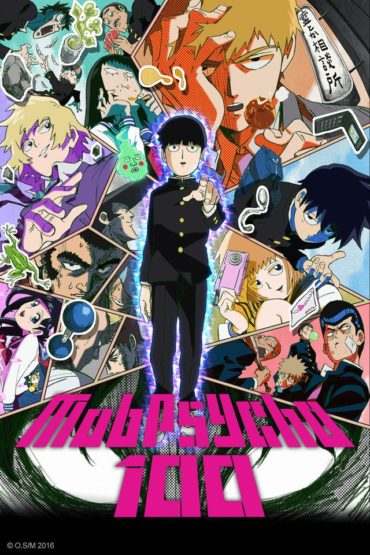 The spin-off series to Raildex focusing on Accelerator will be available on both services; one in Japanese, and another in English.

The brand new Mob Psycho 100 OVA episode will soon be available on both streaming services.